The True Story Of Christopher Duntsch, The Killer Surgeon Known As ‘Dr. Death’

Routinely performing surgery under the influence of cocaine and LSD, Dr. Christopher Duntsch severely injured most of his patients — and in two cases, killed them.

From 2011 to 2013, dozens of patients in the Dallas area woke up after their surgeries with horrible pain, numbness and, paralysis. Even worse, some of the patients never got the chance to wake up. And it’s all because of one surgeon named Christopher Duntsch — a.k.a. “Dr. Death.”

Duntsch’s career started off bright. He graduated from a top-tier medical school, was running research labs, and completed a residency program for neurosurgery. However, things soon went south. 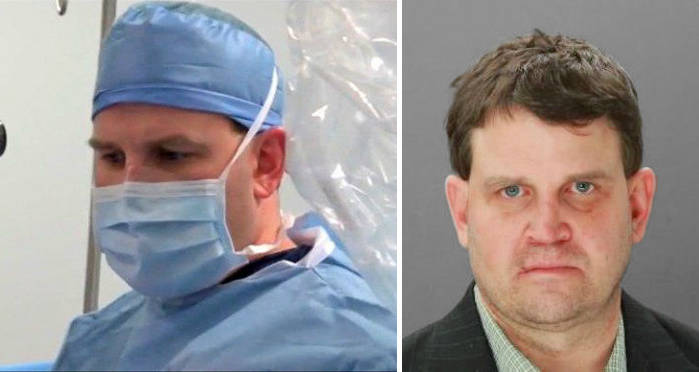 Now, a podcast called Dr. Death is breaking down the deranged surgeon’s criminal acts and shows how drug abuse and blinding overconfidence led to big trouble for the patients who found themselves underneath the spiraling doctor’s knife.

Christopher Daniel Duntsch was born in Montana on April 3, 1971, and raised alongside his three siblings in an affluent suburb of Memphis, Tennessee. His father was a missionary and physical therapist and his mother was a school teacher.

Duntsch received his undergraduate degree from the University of Memphis and stayed in town to receive an M.D. and Ph.D. from the University of Tennessee Health Center. According to D Magazine, Duntsch did so well in medical school that he was allowed to join the prestigious Alpha Omega Medical Honor Society.

He did his surgical residency at the University of Tennessee in Memphis, spending five years studying neurosurgery and a year studying general surgery. During this time, he ran two successful labs and raised millions of dollars in grant funding.

However, it wouldn’t be long until Duntsch’s seemingly perfect career began to unravel.

The Downward Spiral Of Christopher Duntsch

Around 2006 and 2007, Duntsch began to become unhinged. According to Megan Kane, an ex-girlfriend of one of Duntsch’s friends, she saw him eat a paper blotter of LSD and take prescription painkillers on his birthday.

She also said that he kept a pile of cocaine on his dresser in his home office. Kane also recalled a cocaine- and LSD-fueled night of partying between her, her ex-boyfriend, and Duntsch where, after the end of their all-night party, she saw Duntsch put on his lab coat and go to work. 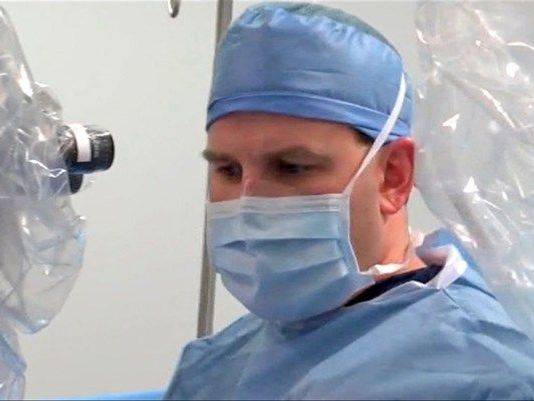 According to D Magazine, a doctor at the hospital where Duntsch worked said that Duntsch had been sent to an impaired physician program after he refused to take a drug test. Despite this refusal, Duntsch was allowed to finish his residency.

Duntsch focused on his research for a while but was recruited from Memphis to join the Minimally Invasive Spine Institute in North Dallas in the summer of 2011.

After he arrived in town, he secured a deal with the Baylor Regional Medical Center at Plano and was given surgical rights at the hospital.

The Victims Of Dr. Death

Over the course of two years, Christopher Duntsch operated on 38 patients in the Dallas area. Of those 38, 31 were left paralyzed or seriously injured and two of them died from surgical complications.

Through it all, Duntsch was able to lure patient after patient under his knife was his extreme confidence.

Dr. Mark Hoyle, a surgeon who worked with Duntsch during one of his botched procedures, told D Magazine that he would make extremely arrogant announcements such as: “Everybody is doing it wrong. I’m the only clean minimally invasive guy in the whole state.”

Before working with him, Dr. Hoyle said that he didn’t know how to feel about his fellow surgeon. 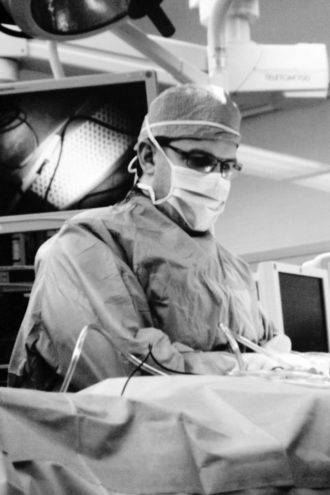 He performed only one surgery with the Minimally Invasive Spine Institute. Duntsch was fired after he performed a surgery and immediately left for Las Vegas, leaving no one to look after his patient.

He might have been fired from the Institute but was still a surgeon at Baylor Plano. One of the patients who suffered disastrous consequences was Jerry Summers, the boyfriend of Megan Kane and a friend of Christopher Duntsch.

In February 2012, he went under the knife for an elective spinal fusion surgery. When he woke up, he was a quadriplegic with incomplete paralysis. This meant Summers could still feel pain, but was unable to move from the neck down.

Duntsch had his surgical rights temporarily suspended after his botched surgery on Summers and his first patient back was 55-year-old Kellie Martin.

After a fall in her kitchen, Martin experienced chronic back pain and sought out surgery to alleviate it. Martin would become Duntsch’s first casualty when she bled out in intensive care unit after her relatively common procedure.

Following his blunders, Duntsch resigned from Baylor Plano in April 2012 before they could fire him. He was then brought on board at the Dallas Medical Center where he continued his carnage.

Philip Mayfield, one of Christopher Duntsch’s patients, who was paralyzed after his surgery.

His very first operation at the hospital would once again turn deadly. Floella Brown went under Dr. Death’s knife in July 2012 and shortly after her surgery, she suffered a massive stroke caused by Duntsch slicing her vertebral artery during surgery.

The day that Brown suffered her stroke, Duntsch operated again. This time on 53-year-old Mary Efurd.

She came in to have two vertebrae fused, but when she woke up she experienced severe pain and couldn’t stand. A CT scan would later reveal that Efurd’s nerve root had been amputated, there were several screw holes nowhere near where they were supposed to be, and one screw had been lodged in another nerve root.

The Downfall Christopher Duntsch And His Life Behind Bars 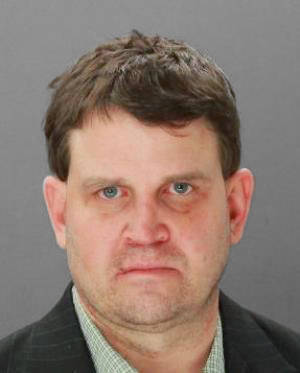 Dr. Death was fired before the end of his first week for the damage he’d inflicted on Brown and Efurd.

After several more months of botched surgeries, Duntsch finally lost his surgical privileges altogether in June 2013 after two physicians complained to the Texas Medical Board.

In July 2015, a grand jury indicted Dr. Death on five counts of aggravated assault and one count of harming an elderly person, his patient Mary Efurd, according to Rolling Stone.

Christopher Duntsch was sentenced to life in prison in February 2017 for his heinous acts. He is currently appealing this sentence.

After this look at Christopher Duntsch a.k.a. Dr. Death, read about how reckless surgeon Robert Liston killed his patient and two bystanders. Then check out the horrifying story of Simon Bramhall, a surgeon who admitted to burning his initials into patients’ livers.