The phallic carving was found at the base of a building and stretches more than one-and-a-half feet long. 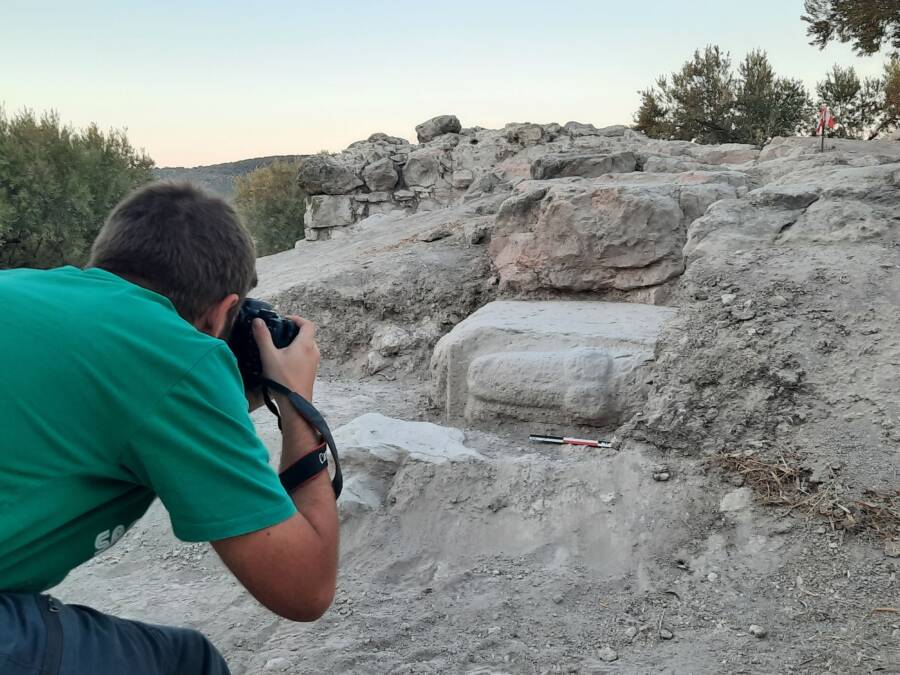 Municipality of Nueva CarteyaAncient Romans saw phalluses as a sign of good fortune and protection.

As archaeologists in Córdoba, Spain were excavating the El Higuerón archaeological site, they came across a surprising sight. There, carved into the foundation of a building, was the largest Roman phallus that they had ever seen.

Andrés Roldán, the director of the excavation, said that though phalluses are common finds at Roman archeological sites, the carving in Nueva Carteya was “unusually large,” according to El País.

“It was common to place them on the facades of houses or for them to be small amulets worn by soldiers as a symbol of virility, but no such size as the one found now,” Roldán explained. “We are consulting the bibliography and, at the moment, we have not found one of such dimensions.”

As Vice reports, the Roman phallic carving is indeed a sight to behold. Carved into the base of a limestone building within a fortified enclosure in El Higuerón, the phallus stretches 18 inches long, six inches across the base, and four inches squared at the testicle region. 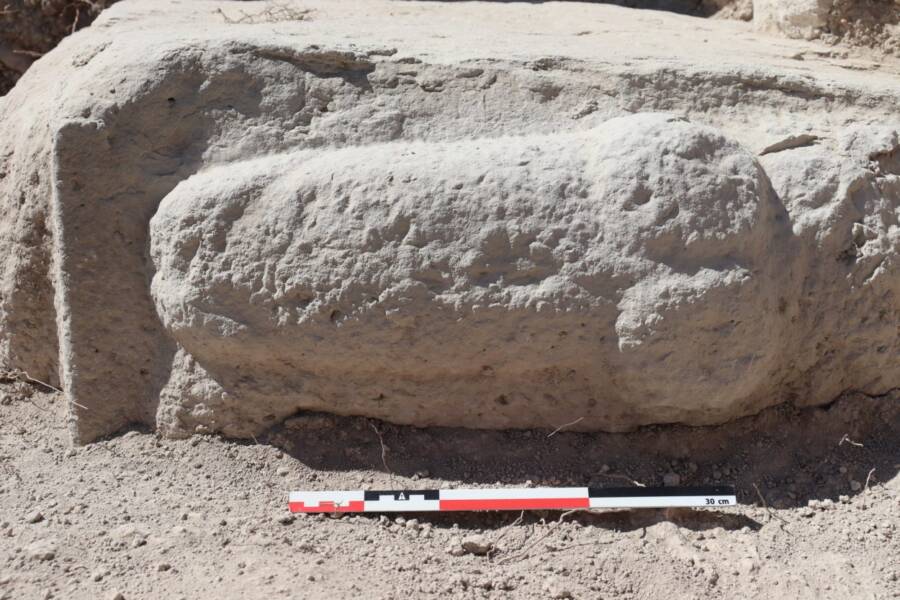 Museo Histórico Local de Nueva CarteyaArchaeologists were impressed with the size of the phallus, and think it may be the largest ever found.

Though the phallus found in Nueva Carteya is impressive, archaeologists frequently stumble across phallic imagery while excavating ancient Roman sites. As Art News reports, the fascinus, or divine phallus, symbolized masculine power. People living in ancient Rome saw the imagery as a sign of good fortune and protection.

As such, phallic imagery is spread across ancient Roman sites and artifacts. Roman sculptures, mosaics, frescoes, and pendants contain phalluses, and sites like Hadrian’s Wall famously contain almost 60 penis carvings. There, the Roman good luck symbol played a slightly different role. According to the Guardian, it boasted of Roman power to cowed natives.

In other words, the symbol played a very different role in ancient times than it does today. Though modern eyes are likely to see the phallic symbol as rude graffiti when encountering it in a bathroom stall or at a bus stop, ancient Romans saw it as representative of power and luck.

“These types of [phallic] representations were common at the time,” the Museo Histórico Local de Nueva Carteya explained on Facebook while announcing the discovery of the phallus in Nueva Carteya, “despite the impression one might have today.”

And, indeed, the phallus in Nueva Carteya is just one small part of the larger El Higuerón archaeological site. 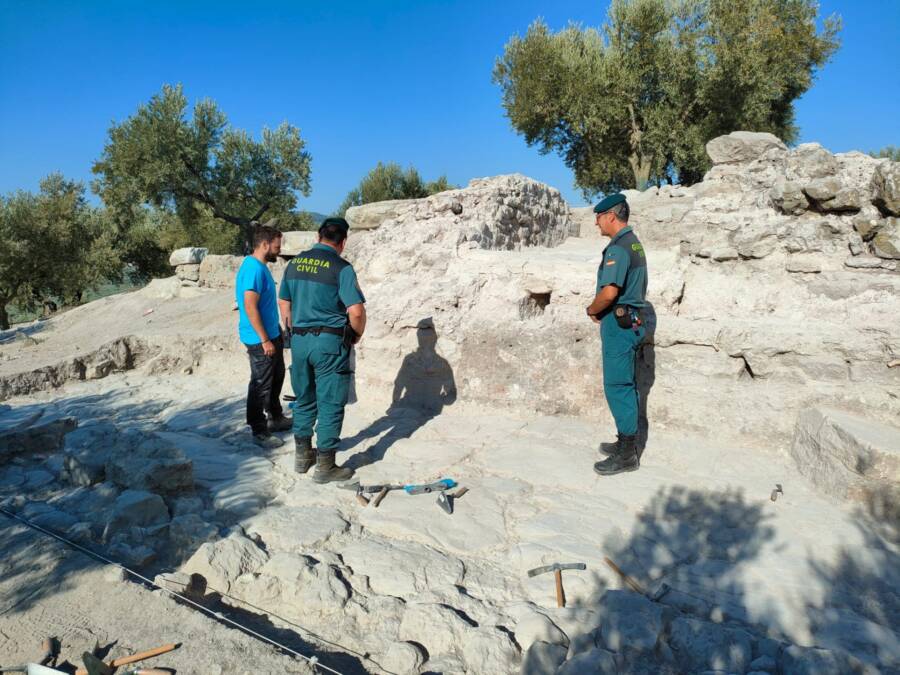 According to Vice, El Higuerón was first excavated in the 1960s. Archaeologists determined then that it had once been inhabited by ancient Iberians, prehistoric people who lived in the south and east of Spain. Until 206 B.C., they lived at El Higuerón — then, the Romans invaded.

At that point, Roldán explained, the Romans likely tore down any Iberian structures and built their own.

“They dismantled the town … and converted the old Iberian fortifications into pure supporting architecture,” Roldán told El País. El Higuerón’s history, he added — which includes Iberian and Roman influences, as well as Muslim and Christian influences — is a “much more complex history than could be expected from these archaeological sites.”

In addition to the phallus, Roldán and others also discovered more evidence of this “complex history.” Vice reports that the archaeologists also discovered remnants of stucco, tiles, and Roman concrete, as well as underground chambers that ancient Romans might have once used as food storage.

But something about phalluses continues to fascinate. The Museo Histórico Local de Nueva Carteya noted on Facebook that the “unusually large” phallus carving has become the “focus of the excavation.”

“Right now we are collapsed,” Roldán told El País, as reported by the Daily Mail. “We’ve been getting visits and calls all the time, and I imagine this will help us get more funding, but I’m also worried that it will all go awry.”

After reading about the Roman phallus carving found in Spain, discover the story of the surprisingly raunchy graffiti found in Pompeii. Or, look through these fascinating facts about life in ancient Rome.