Vegan Cilla Carden tried to take her neighbors to Supreme Court for their constant grilling, smoking, and playing basketball. The case was thrown out. 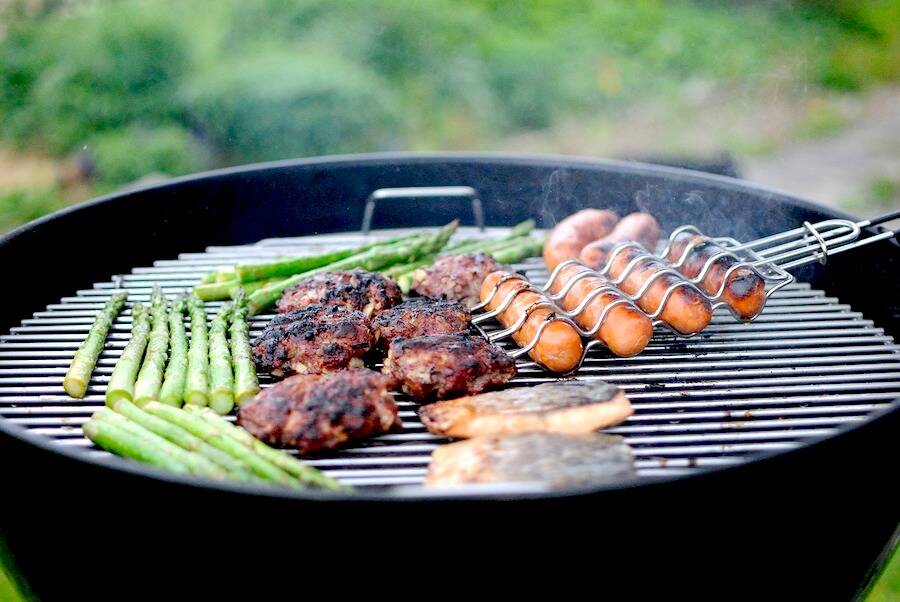 PixabayCilla Carden’s lawsuit over the smell from her neighbor’s barbecue has drawn ire from the public.

Neighborhood squabbles are nothing new, but sometimes they can get out of hand and even morph into lawsuits, like this recent beef between a vegan woman and her meat-eating neighbors. Except this clash has escalated to a full-blown public outcry.

As reported by Australian outlet 9News, Cilla Carden, a vegan massage therapist who lives in the northern suburbs of Perth, was fed up with the smells of grilled fish and cigarettes wafting in from her neighbor’s backyard barbecue.

Instead of simply ignoring it, or perhaps approaching them to try and sort out the issue on reasonable terms, Carden filed a complaint to the State Administrative Tribunal against two separate neighbors. When she was unsuccessful with that, she appealed to the Western Australia Supreme Court.

“It’s been devastating, it’s been turmoil, it’s been unrest, I haven’t been able to sleep,” she told 9News, adding that the barbecue smells coming from her neighbor’s cooking were merely a deliberate attempt to disturb her peace.

But that’s not all Carden has to say about her neighbors. She also said that she is disturbed by the sound of the neighbors’ children playing basketball next door.

“Exactly what I’ve wanted…. is to live my life in peace,” Carden said of her ordeal.

When contacted by the local press for comments regarding the dispute, both neighbors declined interviews saying that they just wanted to keep the neighborhood peace.

However, one of them did invite a camera crew into their backyard only to show that they had already moved the barbecue setup that upset Carden so much, and that he had told his children to stop playing basketball outside.

Carden’s case was ultimately thrown out of court.

Other neighbors involved sent a statement to the press which read, “Ms. Carden’s demands were proven to be not reasonable and indeed were to the detriment of the other owners’ ability to enjoy their lots in a reasonable and acceptable manner.”

“If you’re having a dispute, the first thing is you should go next door and try to sort it out face-to-face. Because if you don’t do it that way, you’re going to be up for a world of misery,” her attorney John Hammond said, oddly sounding as if he agreed with the court’s decision to toss out the case.

Maybe her lawyer was predicting the worst to come for his client’s case which has since gone viral and captured international attention for all the wrong reasons. After the petty fight went viral, a self-professed “warrior for animals” under the name Baley Masan created a Facebook event titled, “Community BBQ for Cilla Carden,” which invited locals to barbecue on the lawn outside Carden’s house. 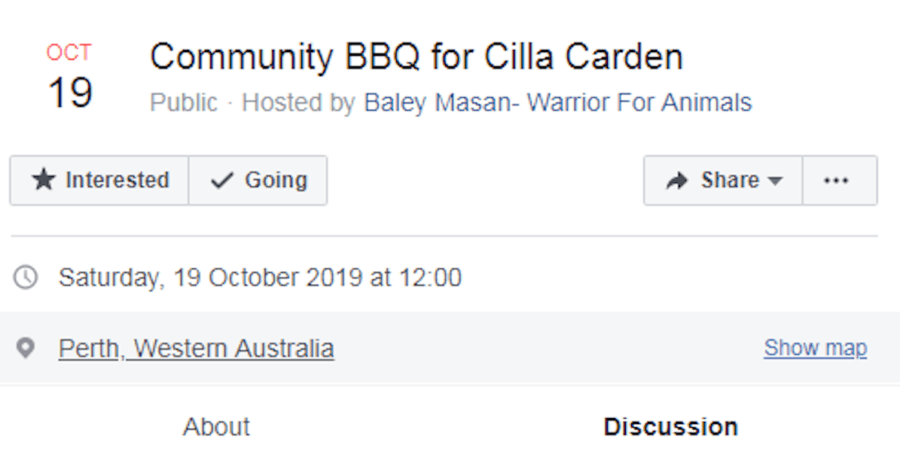 10 Daily NewsA screenshot of the barbecue protest event against vegan Cilla Carden’s failed lawsuit before the page was taken down.

“Don’t let Cilla destroy a good old Aussie tradition, join us for a community BBQ, and help Cilla Carden GET SOME PORK ON HER FORK,” the event page read. “BYO hotdog buns, p.s. NO VEGANS.”

The page also sparked nasty comments from online users who found Carden’s complaints against her neighbors outrageous. However, since the page received widespread attention, Carden’s lawyer posted his own comment on the page threatening litigation to the barbecue’s attendees on the grounds of trespassing.

Hours after the litigious posting, the event organizer announced that they would be canceling the event.

“As many of you know this event has far too many logistical concerns to actually come to fruition, and we do not condone the harassment of Mrs. Carden or the trespass onto her land,” they wrote on Facebook. They also urged supporters of the event to make a charitable donation as a means of protest instead. Their charity of choice was Drought Angels, which helps protect farmers during unseasonable times.

The Facebook event ended their announcement, noting, “Battling a drought is hard enough, without these inner-city hipsters running around causing our farmers more losses and stress.” The page appears to have since been disabled altogether.

Hammond said that the possibility of a mass barbecue by Carden’s property was a “malicious” act and was “very distressing” for his client. He also added that Carden is not anti-meat or anti-barbecue. Before the revenge barbecue was to happen, Carden had expressed her intent to return to court with a further complaint.

Next up, read about the Florida man who was arrested for trying to “barbecue” child molesters. Then, find out why a vegan activist covered herself in feces to protest a chain grocery store.