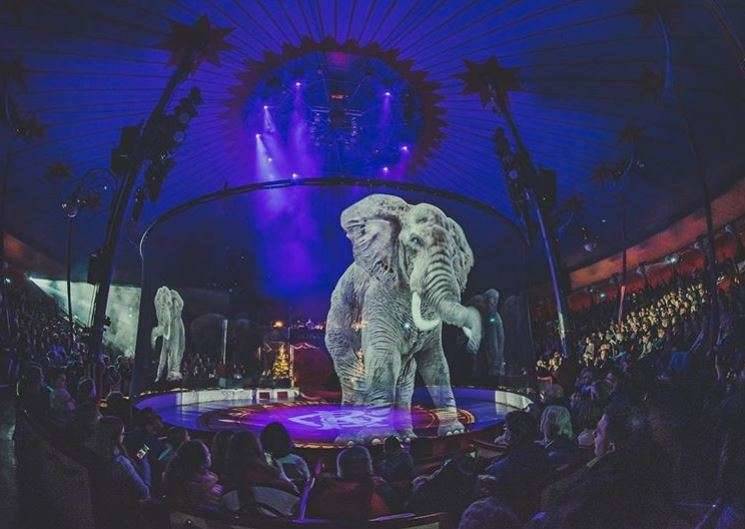 Circus Roncalli was once like any other — a gathering place for the young and old alike to take in clown and trapeze shows, and marvel at Earth’s majestic creatures.

According to Metro, however, the German circus has now decided to take a stance against wildlife abuse by replacing real animals with 3D holograms.

Founded in 1976, the traveling circus has been a popular attraction in Germany for decades. And in the early days, founders Bernhard Paul and André Heller didn’t think twice about using actual animals as part of the appeal.

Times have changed, however, and Paul was keen to change with them. 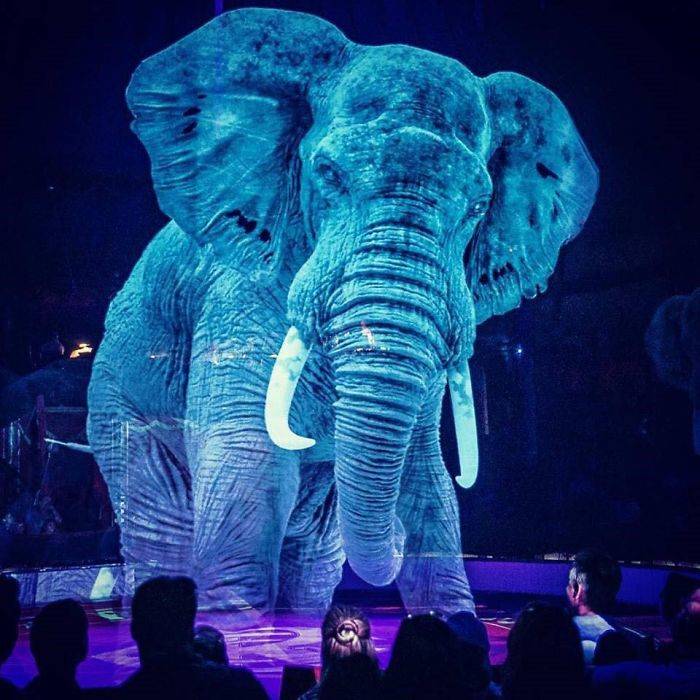 Circus RoncalliThe show uses 11 high-tech projectors to accomplish these effects, which are pristine from all angles.

With a personal investment of more than $500,000, Paul worked on perfecting a modern approach to animal appreciation that does away with live animals in his shows. The impressive visual effects are achieved by using 11 different projectors across the room so the entire audience can see the same representation from all angles.

The holographic images are not only expensive and technologically impressive, but enormous in scale. The Circus Roncalli stage upon which these shows take place is 105 feet wide and 16 feet deep, allowing the digital elephants to stomp around at ease with room to roam. 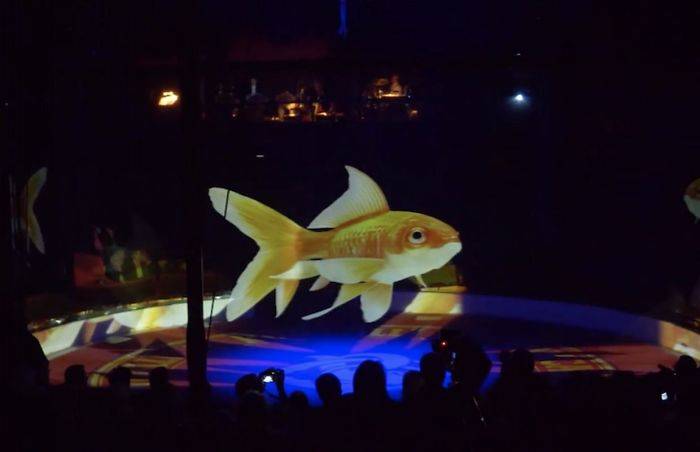 YouTube/Circus RoncalliThough goldfish would seem like the least inhumanely kept animals of them all, Circus Roncalli’s stance against animal abuse is far-reaching.

According to Bored Panda, Circus Roncalli’s agency partnered with companies Bluebox and Optoma in order to achieve the stunning effects.

“We have been using Optoma projectors for 6 years and have consistently had a very positive experience in price, performance, and reliability,” said Birger Wunderlich of Bluebox. “We needed a high contrast projector with great colors for the 3D effect and the ZU850’s 2,000,000:1 contrast is perfect for this project.”

Posted by Circus-Theater Roncalli on Saturday, May 25, 2019

Currently, the projection shows involve horses, elephants, and goldfish. The circus’ decision to distance itself from the problematic practice of keeping wild animals captive has resulted in a tide of praise for the circus on social media.

While there are no announced plans of expanding the holographic lineup to other kinds of animals, this massive initial support for this humane new approach may very well compel them to expand the practice.

Ok this is pretty amazing. Germany's Circus Roncalli uses Holograms instead of real animals to stop mistreatment and abuse that animals are subjected to in real circuses. pic.twitter.com/BzGF2eccGX

“This is the future of circus — a performance everyone can enjoy and for which intelligent, sentient beings are not used and depicted as objects of entertainment,” she said.

Last month in the U.K., meanwhile, a bill passed banning circuses from using wild animals in their performances. The legislation will take effect in 2020. With the wheels for refining the traditional circus with modern sensibilities in motion, Circus Roncalli just might be a pioneer.

After learning about Circus Roncalli replacing real animals with 3D holograms, read the sad story of Murderous Mary, the circus elephant hanged by a Tennessee town. Next, learn about the death of Flavia, the world’s saddest elephant.