Hidden Inside Disneyland Is A Secret Oasis For Adults

Inside Club 33, visitors can sit at opulent tables from classic movie sets and drink the park's only craft cocktails – all for a hefty price. 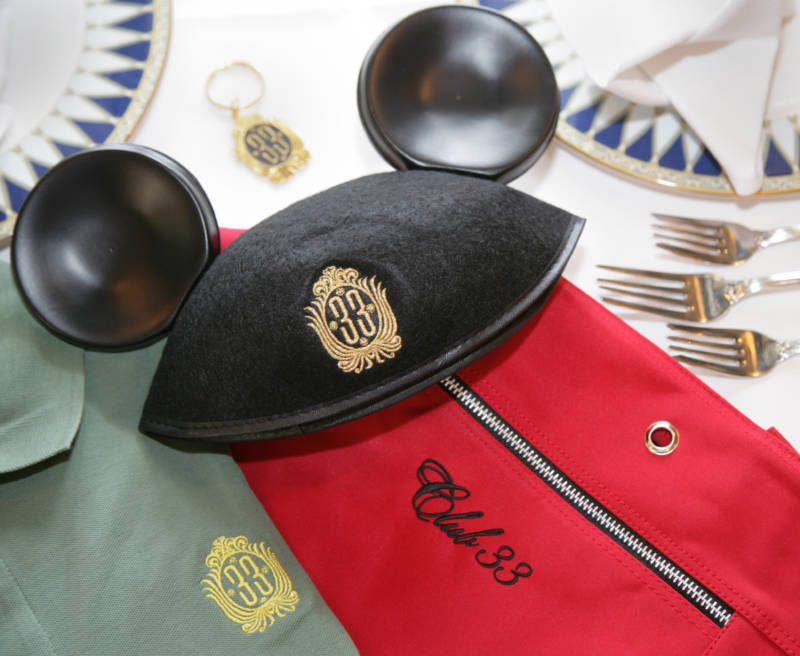 Tim Rue/Corbis via Getty ImagesDisneyland’s elite private Club 33 is a luxurious dining experience within the Magic Kingdom and patrons often bring home keepsakes as reminders of their visit.

Disneyland is supposed to be the “most magical place on Earth,” a place for families to enjoy and for children to get the chance to meet their favorite Disney characters. But for some people, the most magical place on Earth can be even better. Members of the mysterious, private Club 33 get exclusive access to perks, dinners, and shows, and get to see a side of the park that is not available to the majority of visitors. 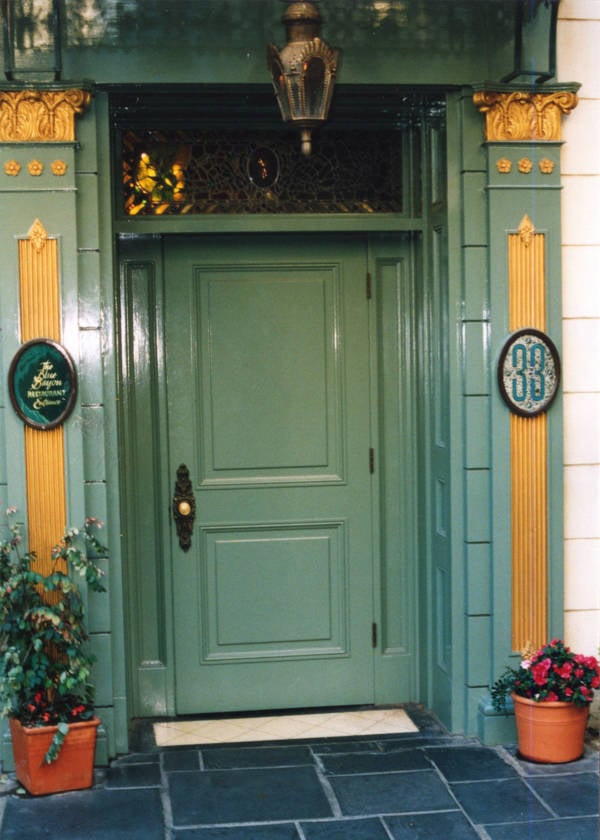 The original club is located at 33 Royal Street in the center of New Orleans Square, but very few people will actually be allowed inside. To be granted access, visitors must ring the buzzer that is hidden inside a panel next to a nondescript green door. A receptionist answers, and only once membership has been confirmed can members be buzzed inside.

Walt Disney himself came up with the idea for Club 33, inspired by New York’s World Fair in 1964, which had exclusive VIP clubs where vendors could entertain the fair’s sponsors and VIP visitors. When he opened up his own park, Walt Disney wanted to create a similar space for Disney’s corporate sponsors and special guests. He began to design the VIP club but unfortunately passed away six months before the original Club 33 officially opened at Disneyland Park in California. Two other locations have since opened up, one at Tokyo Disneyland and one at Shanghai Disneyland. 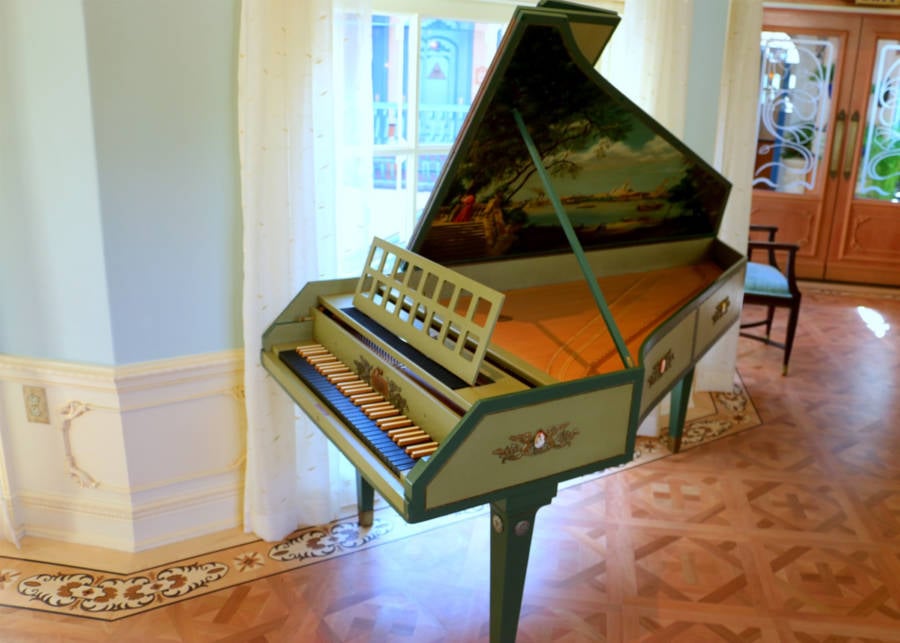 FlickrA harpsichord that once belonged to Walt Disney’s wife Lillian sits in the club’s entryway. The harpsichord has been played by Elton John and Paul McCartney.

At first, it was only open to corporate sponsors, but soon after, the club began offering individual memberships for purchase. But the price isn’t cheap, with memberships starting at $25,000 for the joining fee and a $10,000 annual membership fee on top of that.

Only the select few who can afford the steep price tag can get to enjoy all the amenities that the club offers. However, even if you can afford it, the membership is limited to only about 500 members, which keeps it small and exclusive, and any potential members must pass a background check. 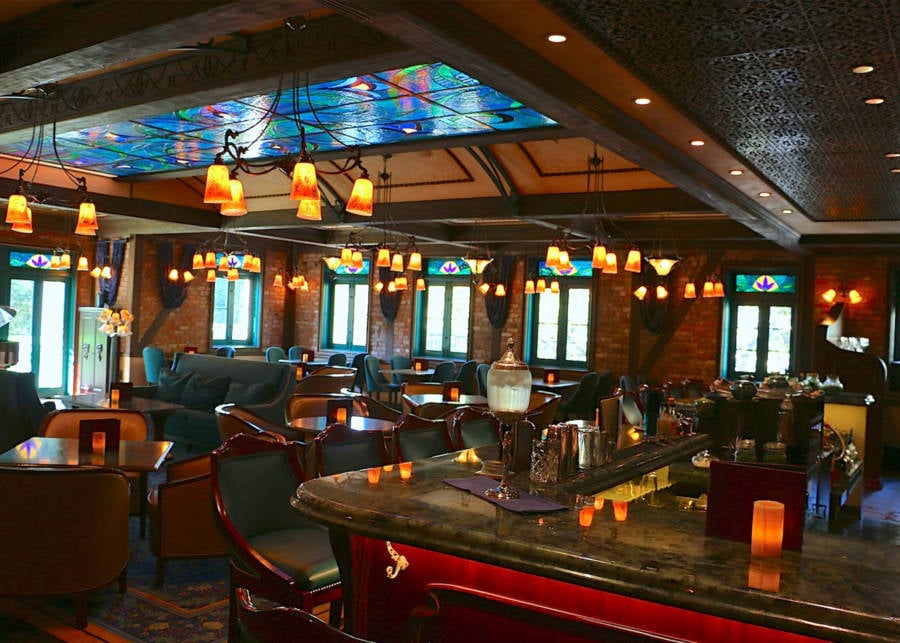 As a result, there is now a waiting list where people wait up to 14 years for their turn to be granted access to the exclusive club. In 2007, the wait list for new memberships was so long that Disney management closed it for five years, finally reopening it to new members again in May of 2012. Memberships are kept secretive, but there are rumors that people like Tom Hanks, Christina Aguilera, and Alec Baldwin have memberships. Elton John and Paul McCartney are also said to have paid a visit to the club.

Inside are two grand lounges: the Le Salon Nouveau, a jazz lounge, and the luxurious 1901 Lounge, named after the year Walt Disney was born. It is the only place inside the park that serves alcohol, from elegant bars in the lounges. Inside, there is antique furniture from the Disney family’s personal collection, as well as old memorabilia from Disney films, including a walnut table from Mary Poppins and a replica of the telephone booth from The Happiest Millionaire. 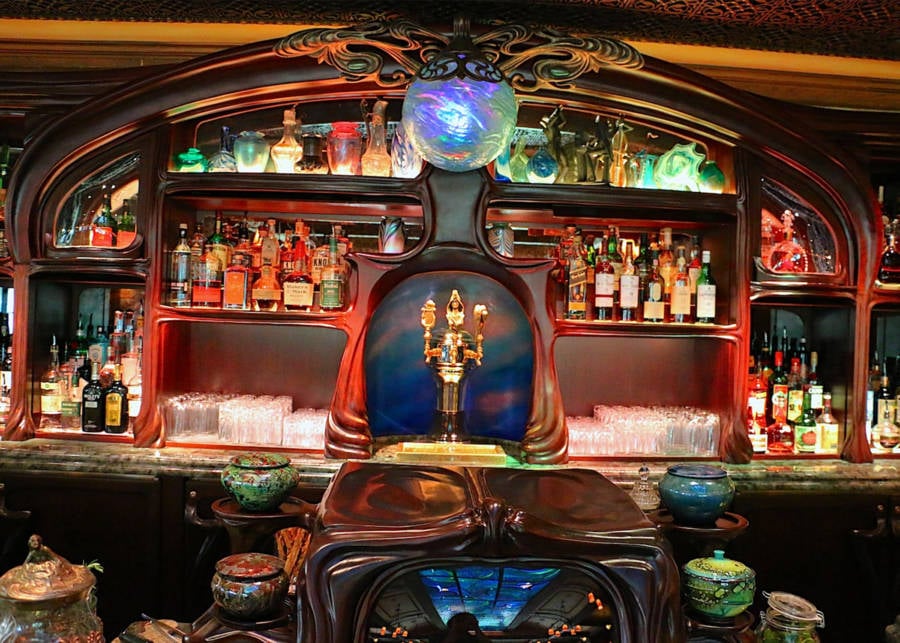 Fine dining is available in The Grand Salon, where guests can enjoy formal meals prepared by private chefs, and balconies overlook New Orleans Square for any guests who want some fresh air or to looks out over the rest of the park. In addition to access to the club itself, members are also granted Premier Passports for themselves and their guests for Disneyland and Walt Disney World. Members and their guests are also granted early park admission and complimentary valet parking when they arrive at the park.

Though the club remains secretive, social media has made seeing into the club easier than ever for nonmembers. So while the hefty price tag may make it impossible to actually eat the fine food or drink the fancy cocktails, the pictures of the beautiful interior will have to suffice.