Is Cockroach Milk The Next Superfood Trend?

Cockroach milk is packed with essential amino acids and sugars that fuel energy. 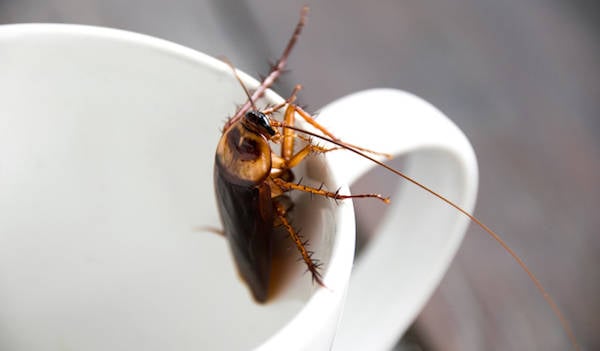 How does a cockroach milk latte sound?

While it may not sound as appealing as other non-dairy milk options like soy or almond, according to a 2016 study and a recently reshared Marie Claire article, scientists have found that cockroach milk could be a new superfood.

The study found that the nutrient-filled milk crystals produced by the Pacific Beetle cockroach contain four times as much protein as cow’s milk. Cockroach milk is also packed with essential amino acids, which promote cell growth, and is highly glycosylated (meaning the proteins are lined with sugar), so it provides energy.

“I don’t think anyone is going to like it if you tell them, ‘we extracted crystal from a cockroach and that is going to be food,'” said biochemist Subramanian Ramaswamy.

Still, experts say superfood enthusiasts are excited about this insect-produced liquid, alleged to be a powerhouse of nutrients. In fact, according to the Washington Post, “experiments suggest that cockroach milk is among the most nutritious and highly caloric substances on the planet.”

But if you do feel inclined to try this new superfood, you won’t find it in your average household cockroach. The Pacific Beetle cockroach, native to Hawaii, is rare in that the female gives live birth to its young rather than laying eggs like other insects.

The female cockroach feeds the embryos growing inside her a liquid milk-like substance.

Obtaining the liquid from the cockroach is a laborious process and not a particularly pleasant one. To get the milk, the insect needs to be sliced down the middle so that the nutrient-rich milk crystals can spill out of the guts. And since the contents of a single cockroach are minuscule, millions of cockroaches need to be harvested in order to package the milk as actual products.

Biochemist Subramanian Ramaswamy studied the milk crystal and a colleague of his who sampled the substance said it tasted pretty much like nothing. So, in theory, you could add a splash of it to your coffee or pour it over your cereal and not have it affect the taste.

Even if this new food trend winds up making its way to mainstream markets, it has some steep competition. Previous studies have touted the benefits of horse milk, hemp milk, camel milk, donkey milk.

But who knows. If you can get past the squeamishness, maybe cockroach milk will eventually become a new staple of a balanced diet.

After learning about cockroach milk, read about the research that found kids who drink drink non-cow milk end up shorter. Then read about the woman who had a cockroach stuck in her ear for nine days.