Thomas Coleman Younger fought with Quantrill's Raiders during the Civil War and then joined the James-Younger Gang to rob banks and stagecoaches.

The U.S. Civil War ripped a chasm across the country. And out of the abyss came great violence — sanctioned and otherwise. For Cole Younger, the conflict birthed his career as a guerilla fighter and prepared him for a life as an outlaw.

Operating on the fringes of society, Younger and his brothers spent the war years terrorizing the Midwest. They clung to their pistols even as the conflict sputtered to an end, pivoting to robbing banks and trains alongside notorious outlaw Jesse James. 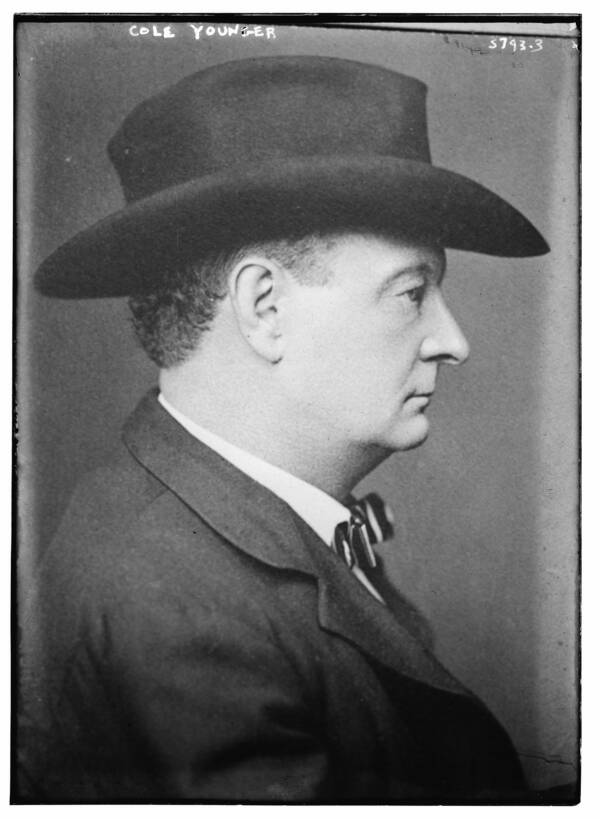 Library of CongressCole Younger circa 1915.

But Cole Younger’s life of crime would eventually catch up with him.

Born on January 15, 1844, in Jackson County, Missouri, Thomas Coleman Younger started his life in uneasy times. Americans were in deep disagreement about the distribution of “Free” and “Slave,” states, putting considerable pressure on Younger’s home state of Missouri and neighboring Kansas.

“Political hatreds are always bitter, but none were ever more bitter than those which existed along the borderline of Missouri and Kansas during my boyhood in Jackson county,” Younger wrote in his autobiography, The Story of Cole Younger, by Himself.

“These hatreds were soon to make trouble for me of which I had never dreamed.”

Although Younger had a “happy” childhood with his 13 siblings, his life took a sharp turn toward violence when the Civil War broke out in 1860. Around 1861, he began to associate with Quantrill’s Raiders, a group of guerillas led by William Clarke Quantrill.

“We were not long quiet,” Younger wrote of a raid that year. “That day my persistent pistol practice showed its worth when one of the militiamen fell, 71 yards away.”

But his thirst for bloodshed intensified when abolitionist raiders killed his father and forced his mother off their family farm. Young subsequently joined Quantrill for a bloody raid in Lawrence, Kansas. 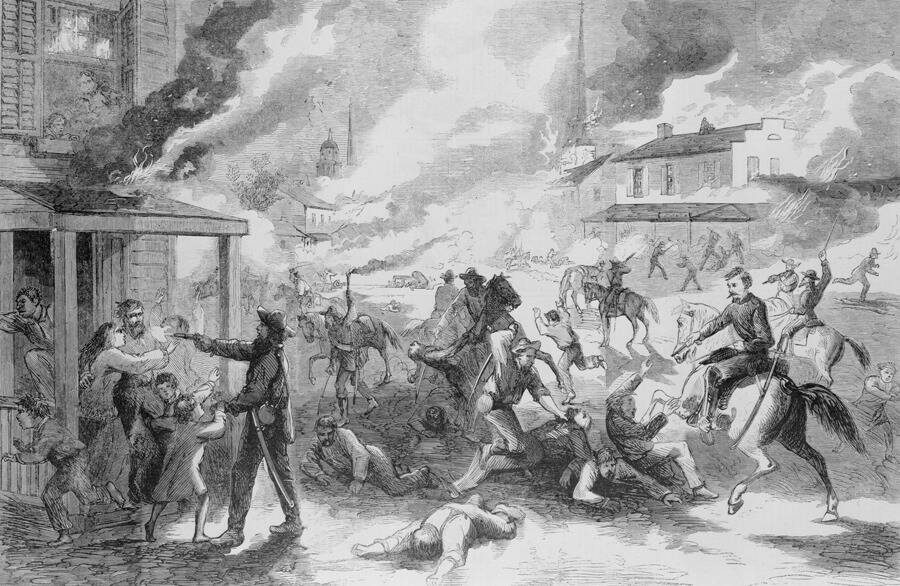 Library of CongressA depiction of the 1863 raid on Lawrence, Kansas, also called the Lawrence massacre.

On Aug. 23, 1863, Quantrill’s raiders stormed the town and killed between 160 and 190 men and boys. “It was a brutal day,” Younger later said. But he also admitted: “There was nothing in my life so thrilling as my part in the raid on Lawrence.”

Cole Younger had developed a taste for lawlessness. It would extend far past the Civil War.

The James-Younger Gang’s Rise And Fall

The Civil War came to an end in 1865. But Cole Younger kept his pistol close. He and his brothers, Jim, Bob, and John, began robbing banks, stagecoaches, and trains, often alongside outlaw Jesse James and his brother Frank James. 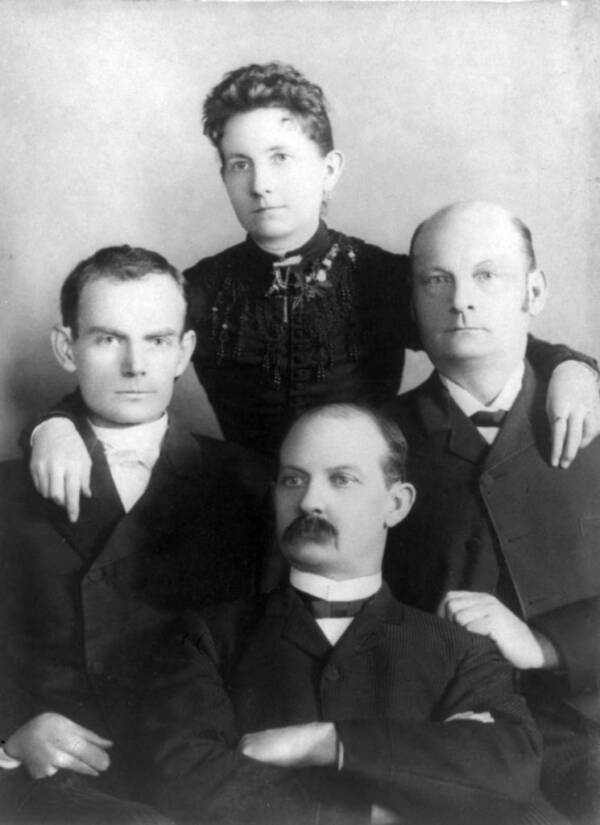 Library of CongressThe Younger siblings, Henrietta and (from left to right) Bob, Jim, and Cole.

As Cole Younger told it, he and his brothers had no choice. Yankee lawmen “kept accusing us until they drove us into it,” he claimed in 1915.

Whatever their motivations, the James-Younger gang made good outlaws. They robbed banks and trains, often coming away with tens of thousands of dollars. In fact, they were so good that they were often accused of robberies they hadn’t committed.

“Every daylight robbery in any part of the country, from the Alleghenies to the Rockies, was laid at our doors,” Cole complained.

But life for the James-Younger Gang outside the law came with considerable risks. In 1874, their brother John lost his life to a Pinkerton agent. And in 1876, their decision to strike the First National Bank in Northfield, Minnesota, ended in disaster. 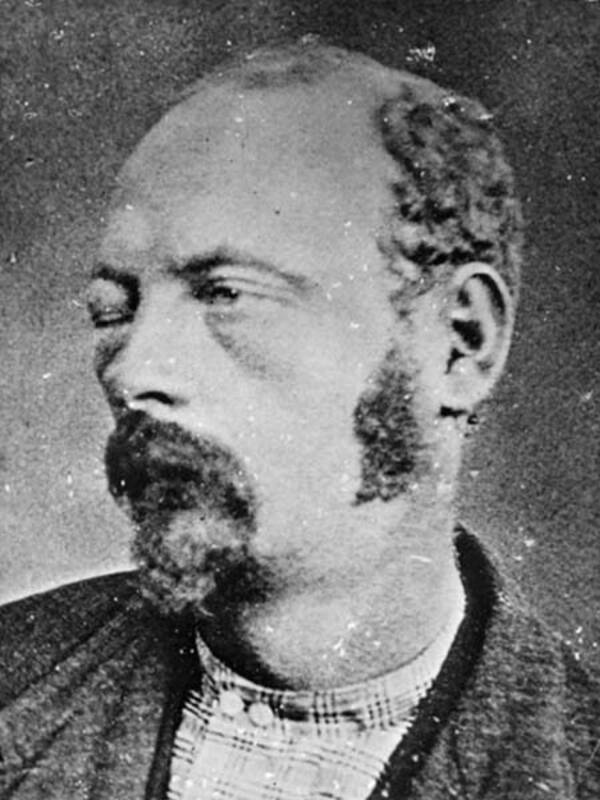 Then, the James-Younger gang found themselves facing furious Northfield citizens. After stealing just $26, Jim, Bob, and Cole were wounded and arrested. Jesse and Frank James ran for the hills.

The Younger Brothers were thrown in prison in 1876 with life sentences. But Cole Younger’s story had one more chapter.

After spending 19 years in prison, Cole Younger was granted parole in 1901 and a full pardon in 1903. By then, the world had changed. Bob died of tuberculosis in prison; Jim died by suicide while on parole in 1901.

What’s more, the Wild West of Cole’s youth had vanished. He stood transfixed by a trolley the first time he saw one. 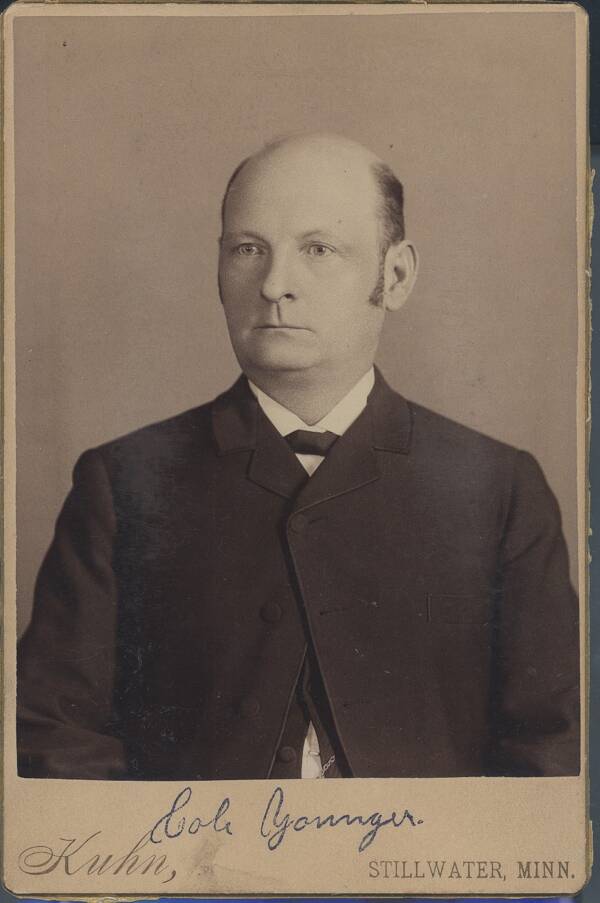 Washington County Historical SocietyCole Younger in 1889 while still in prison.

But Cole Younger had always been a survivor. He briefly put together a frontier show with Frank James, went on the lecture circuit and talked about the evils of crime, and wrote his autobiography, which cast him, his brothers, and their exploits in a sympathetic light.

Looking back over his life — fighting a guerilla war, robbing trains in the Wild West, and his long, lonely years in prison, Cole Younger wrote:

“I confess that I have no inexpressible yearnings to try my life over again, even if it were possible to do so. I have followed the trail of my life for something over fifty years. It has led me into varied and strange experiences.”

After reading about outlaw Cole Younger, see how the Lincoln County War turned Billy The Kid into an outlaw. Or, discover the story of Big Nose George, the outlaw who was hanged and then turned into a pair of shoes.