Halfway Into His Solo Antarctic Trek, Colin O’Brady Pooed Himself — In His Only Pair Of Underwear

To make it through the 54-day solo trip, Colin O'Brady had to pack his sled very carefully. He, unfortunately, opted for more food over an extra pair of underwear. 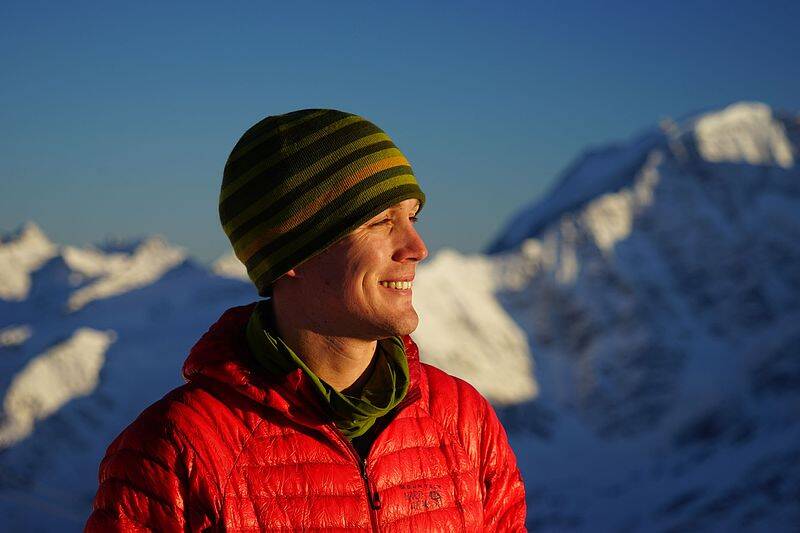 Wikimedia CommonsIn 2018, Colin O’Brady became the first person to trek across Antarctica without a kite, resupply, crew, or a change of underwear.

Two years ago, Colin O’Brady became the first person in history to trek across Antarctica alone. To do so, he had to pack carefully and lightly. His seemingly small decision to bring only one pair of underwear in order to make space for more food, however, led to a huge problem.

“I bring 220 pounds of food, but one pair of underwear,” O’Brady remembered thinking. “It was all very humiliating.”

After 15 days of pulling a nearly 400-pound sled across the unforgiving continent, O’Brady awoke after midnight one night, “feeling overwhelmed and ganged-up on, my defenses down” and he consequently consumed around 2,000 calories of fatty, oily sustenance that night.

“I was seized by a wave of hunger that made me ravenous and a bit out of control. Still half asleep, I grabbed the duffel bag with my food supplies and ripped it open, then grabbed chunks of Colin Bars and stuffed them into my mouth,” he would later write in his memoir of the experience.

The exhausted hiker went to bed satisfied — but would be terribly betrayed by his bowels the next day.

Day 16: GOT WORKED!! Selfie taking my ice caked mask off at the end of the most challenging day of the expedition so far. I got out of my tent to find my sled completely buried from an all night blasting of wind and snow drift. I managed to get packed up in the heavy winds, which is no small task alone, making sure my tent didn’t blow away. Then I was battered by a 30mph headwind for eight hours until it finally calmed a bit at the end of the day. To make matters worse, the wind kicked up a ton of loose snow so it was exceedingly hard to pull the sled through all the drifts. At one point I could barely see my skis below me as they were buried. There were several times I considered stopping, putting my tent back up and calling it a day. I wanted so badly to quit today as I was feeling exhausted and alone, but remembering all of the positivity that so many people have been sending, I took a deep breath and focused on maintaining forward progress one step at a time and managed to finish a full day. Now from the relative warmth of my tent I can see that days like this are where the growth happens and confidence builds for the even more challenging days ahead. Today may not have been my longest mileage day but it was my most mentally tough. #TheImpossibleFirst #BePossible

O’Brady reported that his stomach began complaining as early as dawn the next day. The discomfort had him clutching his belly as he trekked, but he forged ahead planning to go to the bathroom only at the end of the day’s hike.

“When a new wave of rumbling gurgles rolled through, my gut grabbed my mind entirely, and I tried to fight back by focusing on things outside of myself,” he recalled.

After six hours of hiking in severe discomfort, he felt a “wave” that was insurmountable. He tragically confused a solid for a gas.

“Unfortunately,” he wrote, “more than gas came out. I was relieved and disgusted at the same time. Every step would now be accompanied by sticky chafing.”

The ambitious explorer thus had to finish his 54-day expedition wearing the same soiled underwear.

According to Insider, O’Brady chronicled the treacherous journey in his memoir, The Impossible First. Fortunately, the book has a broader scope than that one unfortunate instance.

O’Brady claimed in his book that his survival and explosive episode were due, in part, to how well-prepared and high in fiber his food rations were.

He brought along 1,180-calorie “Colin Bars” funded by his sponsor, Standard Process. With a high-fat mix of coconut oil, dried cranberries, nuts, and cocoa powder, O’Brady could easily consume what he needed for the 8,000-calorie ski days that comprised his trek. 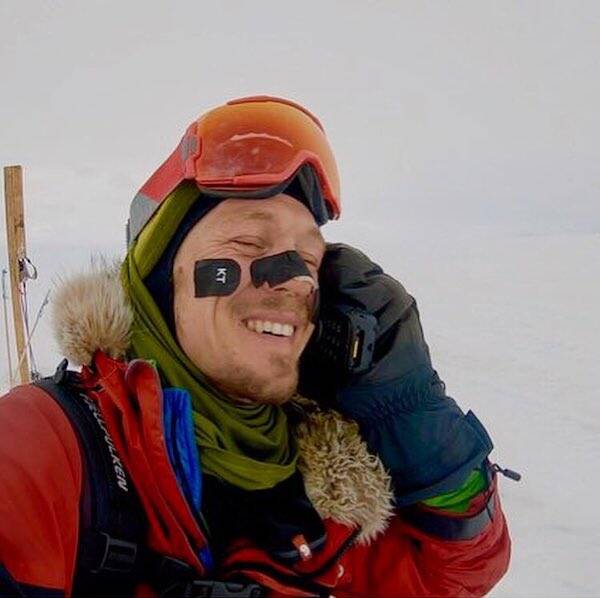 TwitterO’Brady called his wife as soon as he completed the trek and told her: “We did it.”

However, his book on the experience also led to some controversy upon its release. Some polar explorers called the entire account into question and claimed that nobody had ever conquered the voyage alone without either quitting, dying or using a guiding kite.

Earlier this month, National Geographic‘s Aaron Teasdale published an investigative report on O’Brady’s 932-mile Antarctic trek. He criticized O’Brady for claiming he trekked from one side of the ice shelf to the other when he really just trekked the interior span of the continent.

Most egregious to the critic, however, was that O’Brady claimed one chunk of the route was so isolated and dangerous that nobody would be able to save him. Teasdale claimed experts believe that O’Brady could’ve been rescued at any time.

According to KGW 8, O’Brady fired back at the critics and issued a public 16-page response. He also asked the magazine’s editor to retract the original article. 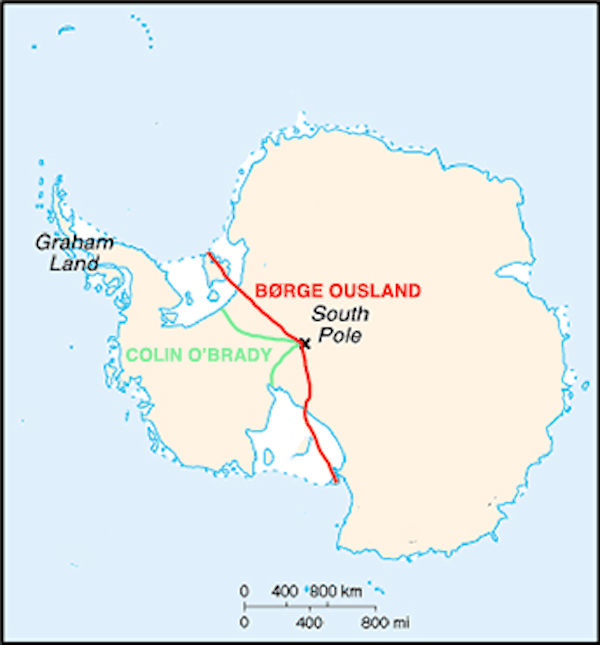 Wikimedia CommonsAmong other things, O’Brady was criticized for not choosing the longest possible route across the continent. Pictured here is the 932-mile span he did take.

“The article claims that I exaggerated the dangers and compares the ease of arranging for a plane to come rescue me, in the event of an extreme emergency, to…’requesting an Uber,'” he wrote. “This is patently false.”

Indeed, aspects of the article do seem unnecessarily fault-finding.

While polar experts may have an issue with the exact details of O’Brady’s feat, the rest of the world sees a man who single-handedly survived nearly a thousand miles of ice alone — and in soiled underwear no less.

After learning about the brave man who wore soiled underwear on his solo trek across Antarctica, read about the Groom of the Stool — the king’s aid who would ‘wipe his nether end.’ Then, check out 33 breathtaking photos of the frozen hellscape.