One of the best ways to prepare for life on Mars is to spend an extended period of time at Concordia Station in Antarctica. 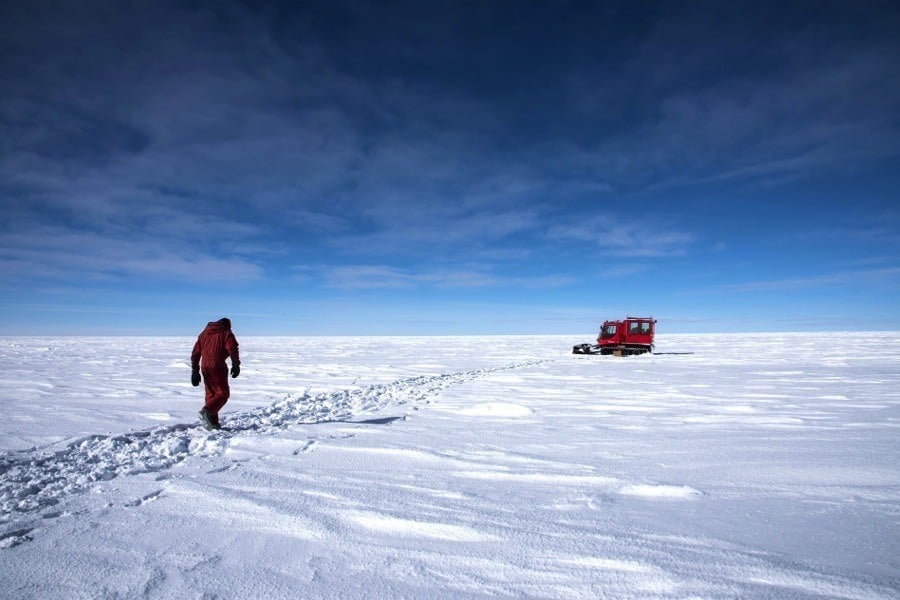 Where do you go to prepare for life on Mars? One option is Antarctica.

Concordia Station is a small research base in Antarctica that houses around a dozen scientists. Its handful of buildings rests atop a 10,000-foot mountain of ice in the middle of Antarctica, which due to its dry climate is the largest desert in the world. This is the perfect location for learning about Earth’s seismology and the character of glaciers.

With its cloudless, sometimes sunless skies, it is also the perfect place for contemplating life beyond our planet. 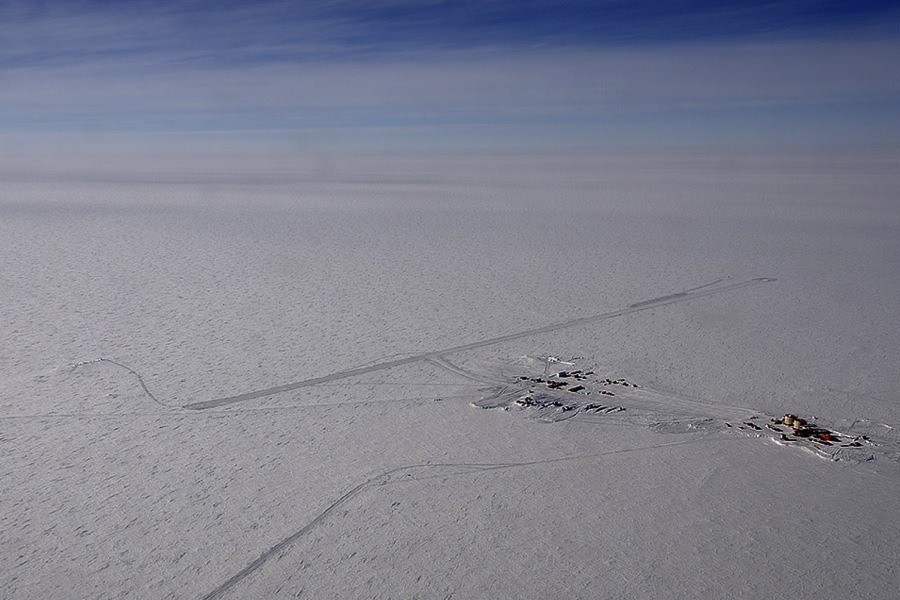 This is Concordia Station in Antarctica, the most remote scientific outpost on Earth.

The mostly French and Italian scientists living here are running a variety of experiments in preparation for missions to Mars. Their water-recycling system, for example, could be replicated in a human colony on the Red Planet. Numerous telescopes watch the stars during the three-month-long Antarctic night that stretches from May to August.

But much of the experimentation is focused on what happens to the people who live in these remote conditions. How do they cope with the strange patterns of light and extreme isolation?

As one European Space Agency (ESA) document explains, Concordia Station has been “identified both by ESA and NASA as one of the most important Earth-based analogues for long-duration space missions and inter-planetary travel.”

To get here, scientists must fly or take a boat from New Zealand or Tasmania to one of several ports on the coast of Antarctica. From there, they will fly the 700 miles to Concordia in a twin-propeller airplane especially designed for flying in thin air and extreme cold. Alternatively, they might join a ten or twelve-day caravan across the frozen plateaus.

From February to November, it is impossible to travel inland in Antarctica, and Concordia Station is completely cut off from life “on Earth.” The nearest human beings live around 400 miles away at the Russian Vostok base. The scientists sometimes joke that the International Space Station gets more visitors than they do. 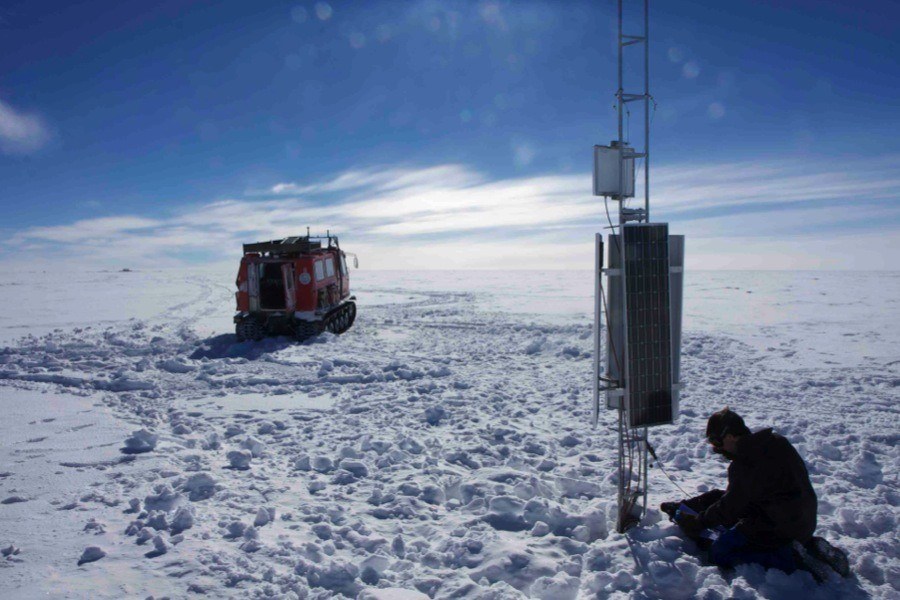 The 13 scientists who winter at Concordia conduct continuous experiments on how their bodies react when deprived of sunlight and oxygen and how their minds deal with isolation. Experiments measure how exercise and artificial blue-light exposure affect their mood. They also chronicle their own experience through video diaries that are examined later by psychologists based in Europe.

For three months, the sun disappears. This is a particularly rich time for studying how human beings respond to strange environments, as individuals and as teams. As Peter Gräf, a German scientist who works with the researchers at Concordia, has told the Scientific American, “You have a bunch of people you have to get along with, and you have no alternatives and no escapes.” 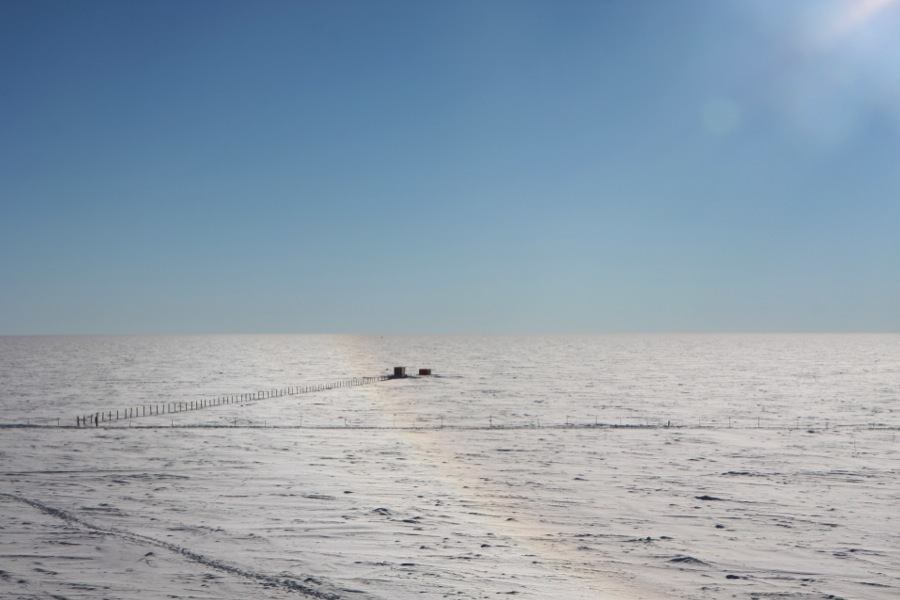 Remote shelters outside of the main Concordia Station research base.

Many of the Concordia scientists suffer from insomnia, and many complain of boredom. They describe an experience of “sensory monotony” as the sights, sounds, and sensations they have fall into a narrow band of what the rest of us experience in daily life.

As a small reward for these travails, the Concordia crew has all of their meals made by a world-class Italian chef. Every year, the Italian National Program for Antarctic Research accepts applications from some of the country’s best culinary schools for a yearlong stint as Concordia chef, and the winner is chosen by a lottery.

This year’s chef, Luca Ficara, arrived on the base in November. He tries to make Saturday’s meals particularly elaborate and memorable. “You must understand that every day is the same,” he told Vice News. “So to give some effect of the end of the week we try to make special events.” Saturday is also the only the day of the week when the crew can drink alcohol.

The temperatures at Concordia can drop to below –80°C (-112°F), and due to these extreme conditions, the crew sometimes call their icy home “White Mars.”

But it is the dark months that test the crew the most. The return of natural light after three months of darkness can be almost a mystical experience. Antonio Litterio, an electronics technician at Concordia, has described the return of sunlight like this:

“My heart leaps and I murmur ‘Welcome back’. I could never have imagined how powerful you [the sun] are in the mind and heart of someone who has been deprived of you for so long. Ninety days after our last goodbye, here you are once again in all your splendor.” 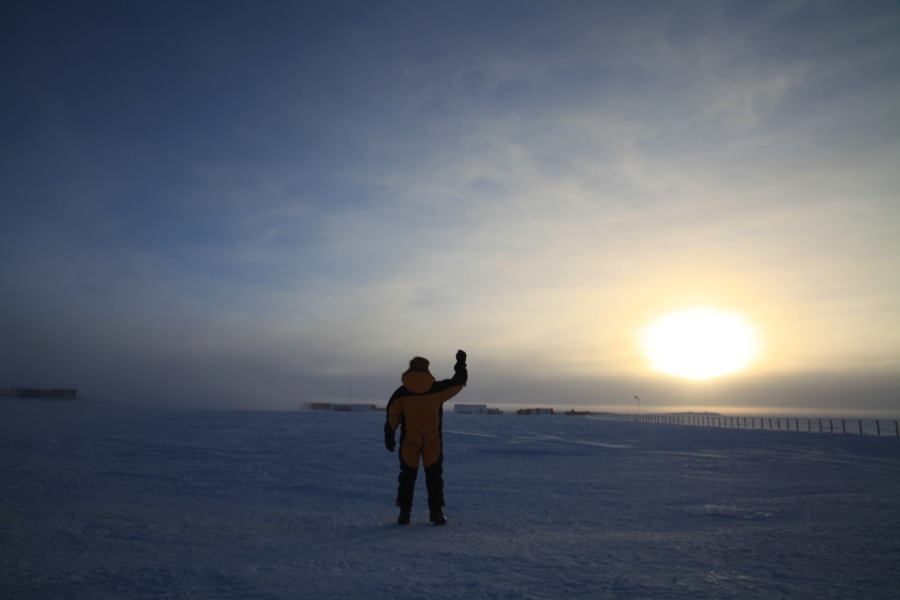 At Concordia Station, the sun disappears for three months during the Antarctic winter.

The last human footprints left on another world were stamped into the dust of the moon in 1972. The European Space Agency, along with NASA and perhaps the China National Space Administration, hopes that human beings can once again walk on other worlds during this century. The moon and Mars are waiting for exploration.

If human beings reach the distant shores of Mars, it will be because the scientists at Concordia have helped lead the way.