Many Latin American countries allow private visits for unmarried inmates as well. In Mexico, conjugal visits are a universal practice for both the married and the unmarried; in some prisons, entire families are allowed to live with their imprisoned relative for extended stays. In 2007, the prison system in Mexico City began permitting prisoners to have conjugal visits with their same-sex partners.

In the eastern hemisphere, in 2015 Indian high courts ruled that sex with a spouse or artificial insemination for the sake of having a child were fundamental prisoners’ rights.

Taking things even a step further, Saudi Arabia allows male prisoners one conjugal visit a month per spouse, entitling men with multiple wives to have multiple visits each month. Also in Saudi Arabia, the government helps provide prisoners’ families with money each month for housing, food, and education, pays for the travel (airfare and hotel) expenses that family members incur, and if the prisoner attends a family wedding or funeral, he’s given up to $2,600 to give as a gift. 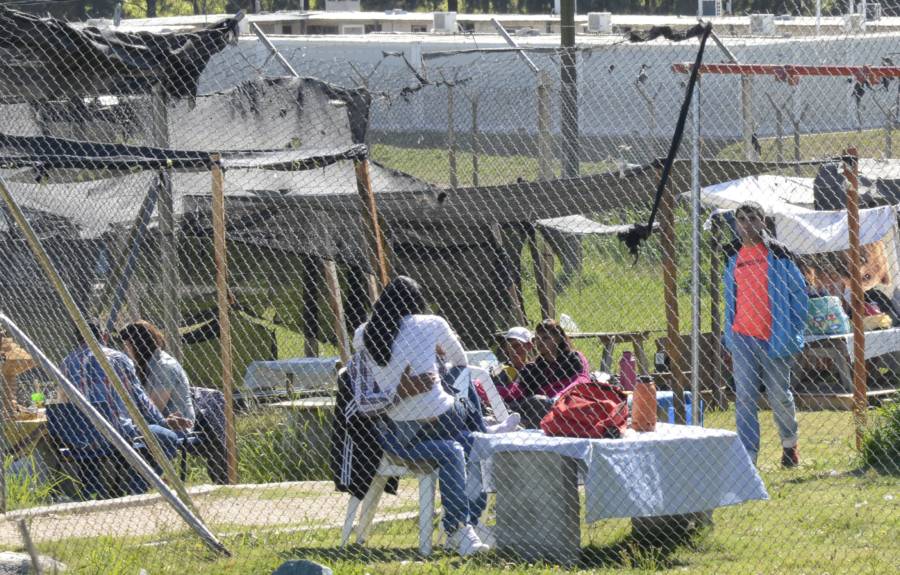 MARIO GOLDMAN/AFP/Getty ImagesInmates are seen with relatives visitors at Uruguay’s Punta de Rieles prison, in Montevideo on November 7, 2015. The Punta de Rieles penitentiary is considered as a model prison which aims to function “as much as possible” as a village, with inmates roaming freely within the precinct, and working as hairdressers, cooks or farmers.

However, neither the English, Welsh, Scottish, or Northern Irish prison systems allow conjugal visits, though they do allow home visits for low-risk prisoners.

Still, the country with by far the least provisions for visits with spouses, partners, and other family members is the United States, where only four states (New York, California, Connecticut, and Washington) still have significant allowances for them. And conjugal visits only occur in state, not federal prisons.

However, as recently as the 1990s, 17 states had active conjugal visit programs. Now, that number is down to just four.