Inside The Mysterious Disappearance Of Connie Converse, The Original Singer-Songwriter

Connie Converse wrote and performed trailblazing music in the 1950s, but one day in 1974, she drove off looking for a fresh start — and was never seen again.

Connie Converse never released a commercial album, yet nearly 50 years after she vanished from the face of the Earth, her music has gained more recognition and acclaim than ever before.

She was ahead of her time, a singer-songwriter whose music sounds surprisingly contemporary considering when it was made. Her lyrics are witty, solemn, and at times funny, but with an unspoken sense of longing, reveling in her isolation as much as she lamented it.

She was a female folk songwriter at a time when such a thing was largely unheard of — and no one knew her name.

It’s entirely possible her name would still be unknown, had her friend Gene Deitch not held onto tape recordings of Converse’s music for half a century — tapes that were recorded in a New York City apartment kitchen in 1954 and kept a secret from the world until 2009, when they were compiled into the album, How Sad, How Lovely.

But while her music has earned a cult following since its public release, the woman who wrote it never took her rightful place in the spotlight. In 1974, just after her 50th birthday, the downtrodden, depressed Converse sent letters to her family and friends saying she wanted a fresh start in life. She was never seen again.

Growing Up, Connie Converse Was A “Polymath” And A “Genius”

Elizabeth Eaton Converse was born on Aug. 3, 1924, in Laconia, New Hampshire to a minister and his wife, whose household was strictly Baptist. She had two brothers: Paul, who was three years older, and Philip, four years younger.

Per the BBC, Philip, who later became a political scientist, once described his sister Connie as both a “genius” and a “polymath” when she was young. “I do not use the terms lightly,” he said. 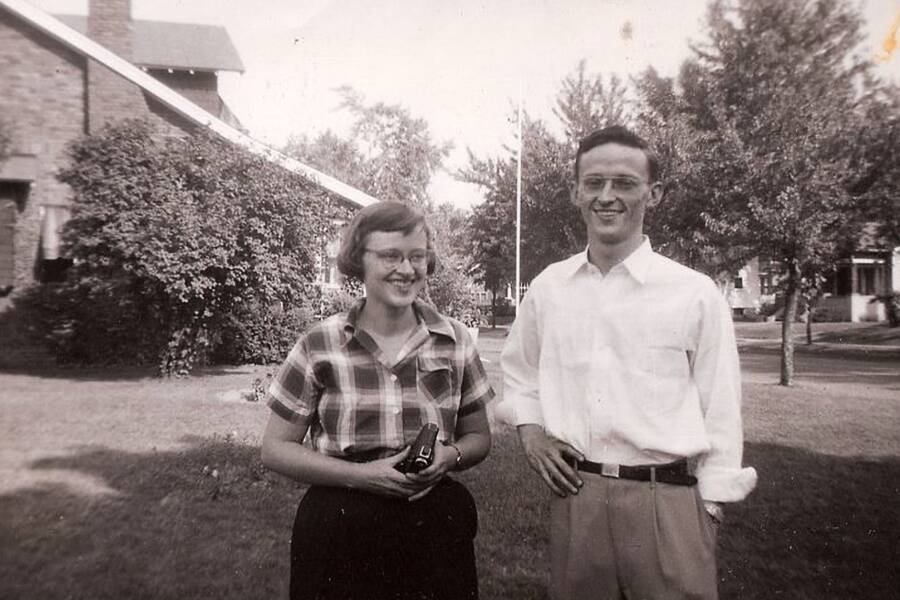 FacebookConnie Converse and her brother Philip, with whom she would exchange many letters and share her songs.

Converse excelled in her academic studies, and eventually earned a full scholarship to Mount Holyoke College, which both her grandmother and mother had attended.

But in a departure from tradition, Converse did not graduate from Mount Holyoke College. Instead, she dropped out after her second year and charted a course for New York City to pursue her passions for music and writing. In a further act of shunning tradition, she dropped the name Elizabeth and began to use the name Connie instead.

“Our parents were devastated,” Philip Converse would later tell The New Yorker.

And if that weren’t devastating enough for their parents, Connie Converse took up drinking and smoking, reveling in her independence and self-reinvention.

While in New York, Converse spent her time writing poetry, drawing, painting, and learning to play the guitar. She began publishing essays with The Far Eastern Survey and worked at a printing house in the Flatiron district. She had an apartment in Greenwich Village, and it was there that she wrote her music and performed it for her friends.

As chronicled in The New Yorker, Philip Converse did not follow his sister to New York. Instead, he moved to the Midwest, and the two kept in touch by exchanging letters.

In one of these letters, she wrote to him:

“Being a complex and inward personality, I have always found it difficult to make myself known. I generally conceal my own problems and listen attentively to those of others.”

Converse’s introspection reads like an unfortunate prediction. For one reason or another, she could never make herself known — and her recognition only came many years after she vanished.

The Stunningly Intimate Music Of Connie Converse — That No One Heard

When Connie Converse arrived at Gene Deitch’s apartment in 1954 to record her music, the animator and audio enthusiast nearly didn’t record the standoffish, plain woman. Converse was a friend of a friend, an atypical woman of the time who, one attendee said, looked “like she had just come in from milking the cows.”

But when she performed her intimate songs in Deitch’s kitchen that day before a small audience, she stunned everyone in the room. Her music was personal, eerie, folksy, and metaphorical in a way that had never been done before, though the echoes of it can now be heard in the music of modern singer-songwriters.

“The more I thought about it, the songs were all about herself,” Deitch later told the BBC. “I think that’s what makes the songs interesting. No matter what she was singing, it all had to do with sexual frustration and loneliness. There’s something about those songs that was extremely personal. In those days, this was something you never heard.”

Not long after the recordings at Deitch’s, Converse appeared on CBS’s “Morning Show” hosted by Walter Cronkite. But what should have been a moment that skyrocketed Converse’s career instead amounted to nothing. Despite the televised performance, there were no recording contracts, no tours, and no marquis featuring her name.

Over the course of the next seven years, Converse’s style changed dramatically. She put down the guitar in exchange for the piano.

Her once short-form compositions became longer and more sophisticated, all culminating in a series of songs inspired by the myth of Cassandra, which tells of a woman who was given the gift of prophecy by the gods — and then cursed by Apollo so that no one would believe them.

Still, Converse struggled to find an audience for her music, and in 1961, she left New York for Ann Arbor. Once again, Converse was ready to start anew. 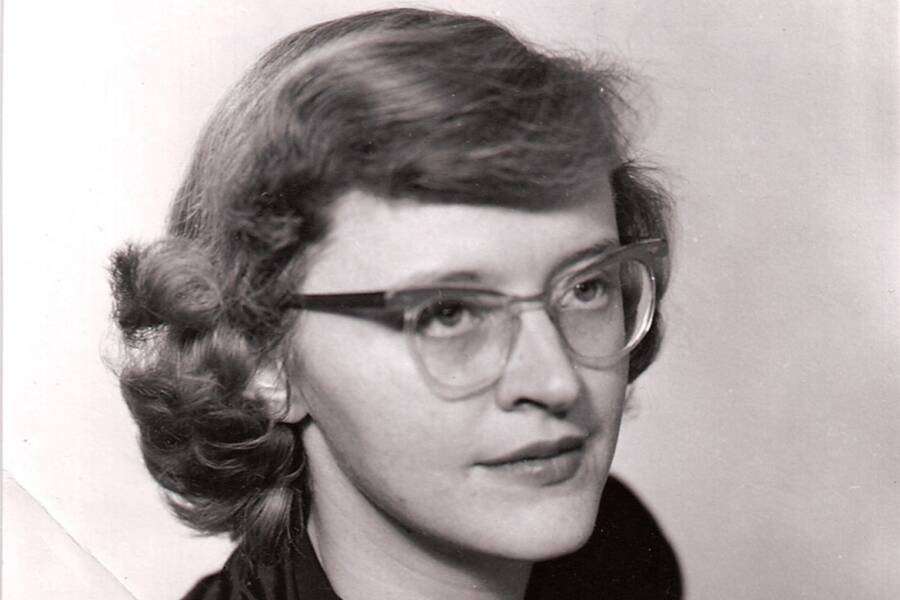 FacebookConverse sought a fresh start several times throughout her life as she grew increasingly dissatisfied.

By 1963, according to The New York Times, Converse abandoned songwriting entirely.

She worked as a secretary, then as the managing editor for the University of Michigan’s Journal of Conflict Resolution. She began writing a novel and volunteered as a political activist while, back in New York, the folk revival was properly taking off without her as artists such as Bob Dylan, Van Morrison, Woody Guthrie, and Leonard Cohen rose to stardom.

Converse’s friends and relatives, meanwhile, saw a woman who had become bored with her routine, increasingly disillusioned and depressed, drinking with an alarming frequency. Half a year in London did little to ease her sorrows, and a subsequent trip to Alaska seemingly made them worse.

Then, in 1974, she reportedly told her brother Philip, “Human society fascinates me and awes me and fills me with grief and joy; I just can’t find my place to plug into it.” That same year, one week after her 50th birthday, she wrote a series of letters to her family and close friends saying she needed to make a fresh start somewhere else.

She loaded her things into the boot of her Volkswagen Beetle and left Ann Arbor. No one ever heard from her again.

Connie Converse Disappeared, But Her Music Lives On

In 2014, five years after the release of How Sad, How Lovely, filmmaker Andrea Kannes released We Lived Alone: The Connie Converse Documentary, which explored Converse’s life and music through Converse’s own home recordings, letters, and journals.

“It’s almost like she wanted it to be found and looked through,” Kannes told the BBC. “What I found most fascinating was how funny she was in her writing. Here was a person who struggled through her whole life to feel successful, and you can tell there’s a great sadness with a lot of the things she did and the way she lived her life, but she was also incredibly funny.”

“But there was still this wall between her and other people,” she added, “where it didn’t seem like she 100 percent connected with anybody.” 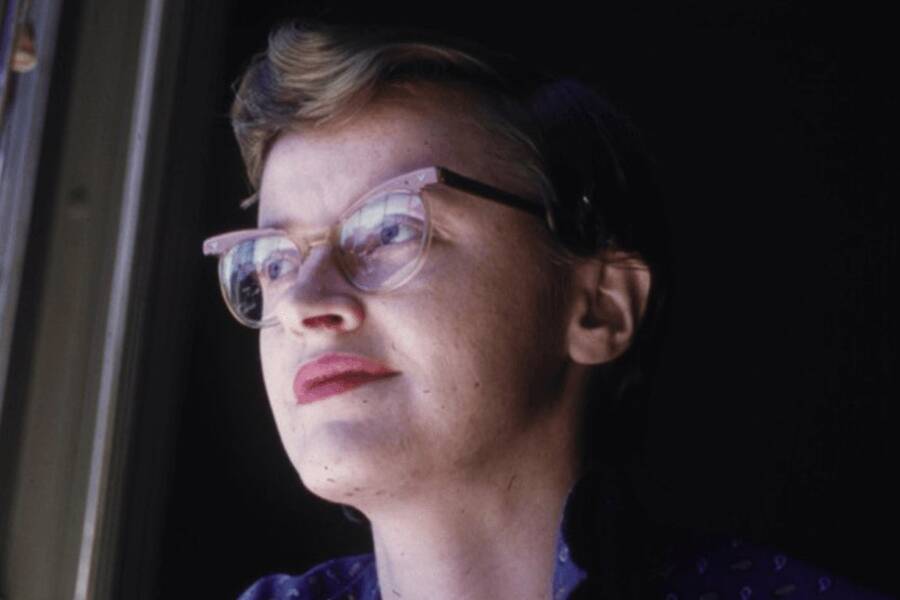 Perhaps the clearest insight into Converse’s mind, however, comes in the form of a letter she wrote to her brother Philip:

“I’ve watched the elegant, energetic people of Ann Arbor, those I know and those I don’t, going about their daily business on the streets and in the buildings, and I felt a detached admiration for their energy and elegance. If I ever was a member of this species perhaps it was a social accident that has now been canceled.”

“Let me go, let me be if I can, let me not be if I can’t,” she wrote in another letter. And while the truth of what happened to Converse is still a mystery, Philip Converse came to believe that his sister died by suicide, her dreams forever unfulfilled.

Today, though, Connie Converse’s legacy lives on in her music, and many credit her as history’s first modern singer-songwriter.

Interested in other stories from music history? Read about famous songwriter Jeff Buckley, and his tragic death in the Mississippi River. Then, learn about the life of jazz legend Lee Morgan — and its sudden and tragic end at his wife’s hands.