CONOP 8888: The Pentagon’s Plan For Defending Against A Zombie Apocalypse

What CONOP 8888 says about defending against a zombie invasion — and why it exists. 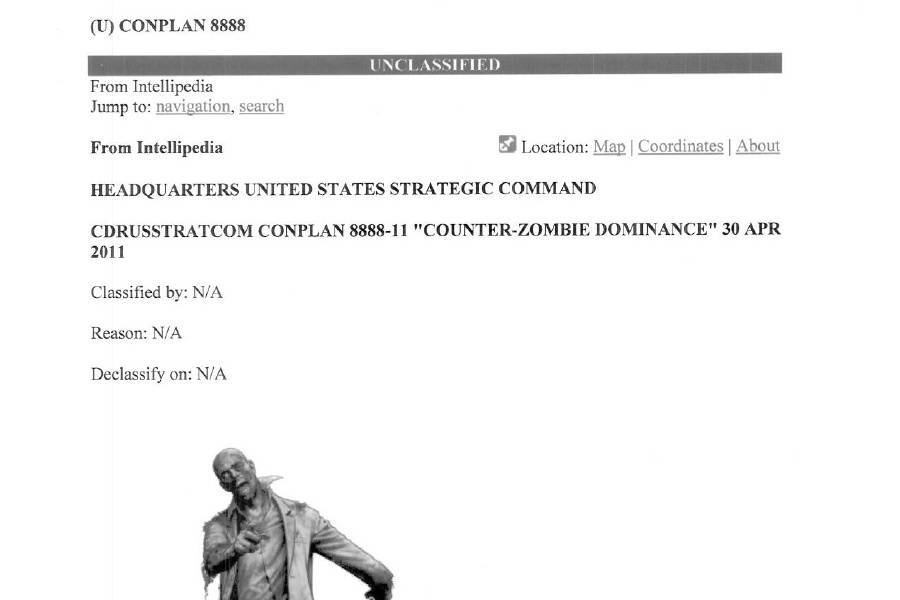 “Zombies are horribly dangerous to all human life and zombie infections have the potential to seriously undermine national security and economic activities that sustain our way of life. Therefore having a population that is not composed of zombies or at risk from their malign influence is vital to U.S. and Allied National Interests.”

That “no-duh” summation of the threat of zombies to national security comes from the pages of CONOP 8888, a real document drafted by U.S. military planners that details how the country might best respond to a zombie outbreak.

“This plan was not actually designed as a joke,” the report begins. And indeed, it’s not.

Dating from April 2011, CONOP 8888 is the work of military planners of the U.S. Strategic Command (USSTRATCOM) in Omaha, Neb. One of the Department of Defense’s ten unified commands, USSTRATCOM employs personnel from all branches of the military in order to provide a number of large-scale national defense services.

And this is the organization that created an honest-to-goodness zombie defense plan.

CONOP 8888 — made public thanks to a report by Foreign Policy in 2014 — serves as an outline of what would have to be done in the event that the sort of zombie apocalypse depicted in shows like The Walking Dead happens in real life. More specifically, the document provides detailed explanations of the various legal, political, and practical issues involved in a war on the undead.

“U.S. and international law regulate military operations only insofar as human and animal life are concerned. There are almost no restrictions on hostile actions… against pathogenic life forms, organic-robotic entities, or ‘traditional’ zombies,” the report reads.

Combined with the fact that the authors expect a declaration of martial law following an outbreak, that gives the government a wide range of options for killing zombies.

In discussing how to kill zombies, the plan goes through a number of general phases that would make for the best anti-zombie attack. In the first phase, authorities will instruct the military and the public on how the zombies they’re fighting work and how to kill them. The second phase, “deterrence,” points out that “zombies cannot be deterred themselves,” but calls for a broad sweep of operations to restore confidence in the government’s ability to combat the threat. 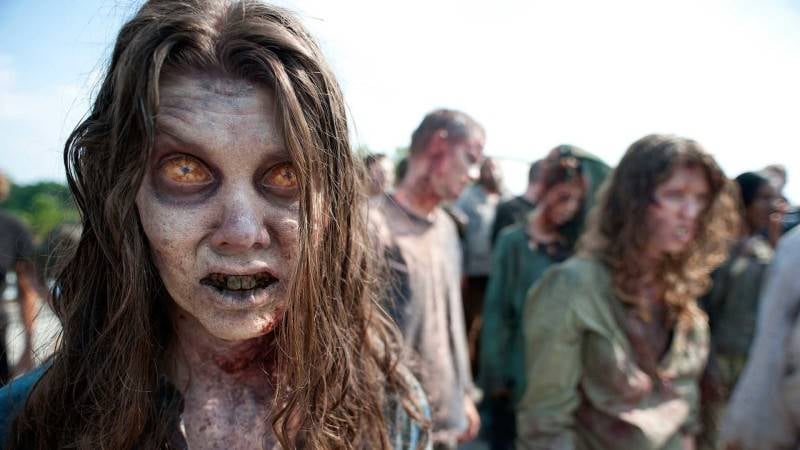 In the next two phases, military forces conduct sweeps of infected areas, killing zombies and burning the bodies to remove the threat of infection. And in the final phase, the government rebuilds its authority over the civilian population and eliminates the final pockets of zombie resistance.

And operations like this wouldn’t only be conducted domestically, according to CONOP 8888. The report also expects that there will be a global element to any zombie outbreak, which means that the U.S. will plan to coordinate attacks on international zombies in order to protect its foreign allies — and enemies.

As the report states, “Because zombies pose a threat to all ‘non-zombie’ human life (hereafter referred to as ‘humans’), USSTRATCOM will be prepared to preserve the sanctity of human life and conduct operations in support of any human population-including traditional adversaries.”

From its international scope to its multi-phase attack plan, CONOP 8888 is remarkably thorough, covering every conceivable type of zombie. The plan first addresses the basic Pathogenic Zombies, which are given life by a virus. Then there are Radiation Zombies, Evil Magic Zombies born from “occult experimentation,”  Space Zombies created by aliens, Weaponized Zombies, and Vegetarian Zombies “as indicated in the popular game ‘Plants vs. Zombies’.”

The report primarily focuses on Pathogenic Zombies and lays out a worst-case scenario in which the infection spreads quickly and each death strengthens the zombie horde while weakening the military. Although the report also points out that if they’re facing Evil Magic Zombies, then they may have to worry about atheists in their own ranks being turned and suggests intervention by the military’s Chaplains Corps. 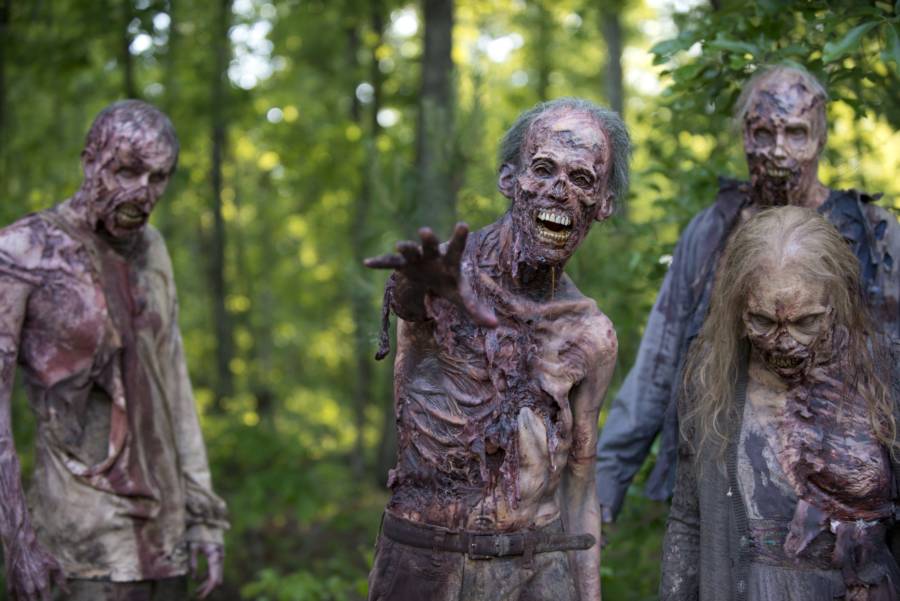 The report even makes special mention of Chicken Zombies, which it notes are the only kind that have actually been proven to exist. As the report summarizes, these chickens are ones that have been euthanized by being sealed inside chambers and suffocated with carbon dioxide — only to survive and claw their way back out of the grave (if they weren’t actually dead when they were buried). Luckily, the CONOP 8888 authors point out that these zombies pose little threat to humans.

While these “Chicken Zombies” do exist, the fact that they’re included in CONOP 8888 might be your first indication that the plan wasn’t devised completely in earnest.

So, if CONOP 8888 isn’t totally serious, why would the Pentagon go through the trouble of creating it?

According to a spokesperson for the U.S. Strategic Command, “The document is identified as a training tool used in an in-house training exercise where students learn about the basic concepts of military plans and order development through a fictional training scenario.”

In other words, CONOP 8888 is basically a training exercise featuring a fictitious enemy rather than an actual plan that its authors would envision using in the field.

You see, the U.S. needs to train its personnel to plan for different national security threats. The problem is that these plans are sometimes leaked. And if they have their planners working on a hypothetical invasion of Brazil simply for practice, it might still make the Brazilians nervous if it gets picked up by the press.

Thus, by developing a plan for something that is unlikely to offend anyone, like a zombie outbreak, they can provide their staff with valuable experience without risking any damage to foreign relations. And the fact that it’s a particularly entertaining thing to prepare for means that they can get their planners engaged in the process.

So while it always pays to be prepared, you can rest easy in the knowledge that the U.S. government isn’t seriously expecting a zombie apocalypse… at least as far as we know.

After this look at CONOP 8888, check out the most interesting facts about zombies. Then, step inside an astounding zombie-proof house.