Thousands Of Mysterious Owl Carvings From The Copper Age May Have Been Made By Children, Study Suggests

Researchers say these owl carvings are simple enough to have been made by children and could have been used as toys, dolls, or amulets. 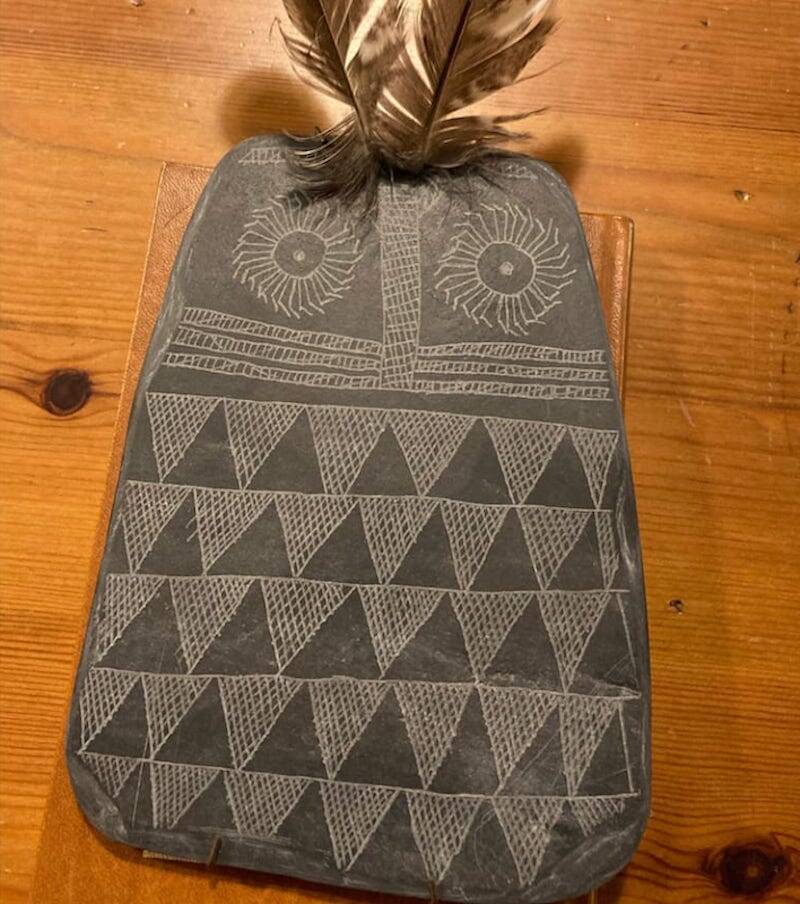 Juan J. NegroA team of Spanish researchers noticed that the engravings were simple enough for children to make, and compared the owl carvings with drawings of owls made by modern-day children.

Over the years, thousands of small owl carvings have been unearthed across the Iberian Peninsula. Though archaeologists have long assumed that these curious artifacts held some kind of religious significance for ancient people, a new study suggests that they may have been toys carved by children during the Copper Age.

According to a study led by Spanish National Research Council (CSIC) biologist Juan J. Negro and recently published in Scientific Reports, researchers examined 100 of the more than 4,000 owl carvings that have been discovered in tombs and pits across the Iberian Peninsula.

The carvings were made during the Copper Age, some 4,750 to 5,500 years ago, and researchers say that the designs were simple enough that Negro suspected that they’d been made by children. Though most have assumed that the palm-sized stone carvings “served ritual purposes,” Negro hypothesized that they were actually toys, dolls, or amulets carved by children who played with them. 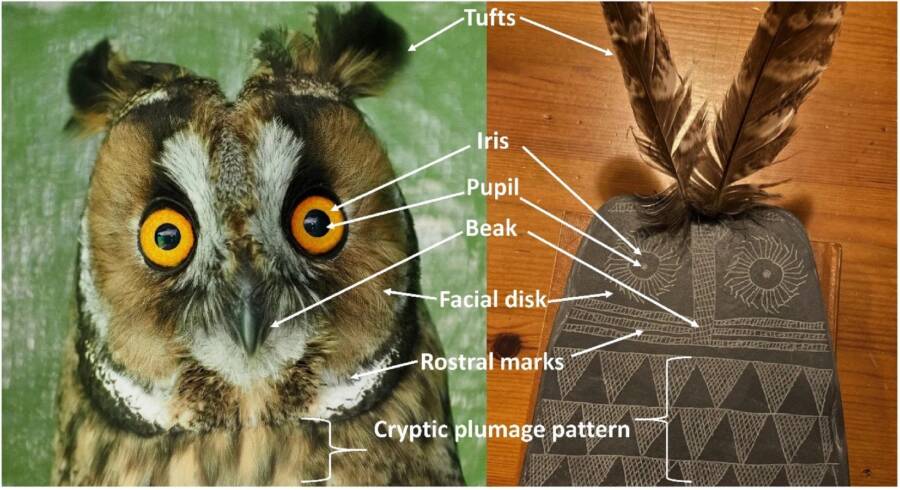 Juan J. NegroAn owl next to a replica of one of the Copper Age carvings.

“My first impression when looking at the engravings was that they were simple to make,” Negro told Live Science. “[The carvers] didn’t invest a lot of time or skills into making them, and they could be finished in a few hours.”

Following that hunch, Negro and his team compared the owl carvings with drawings of owls made by modern-day children. As phys.org reports, he and his team rated the stone owls on a scale of one to six based on how many owl “traits” they depicted, like eyes and a beak, then compared them with drawings made by children between the ages of four and 13. 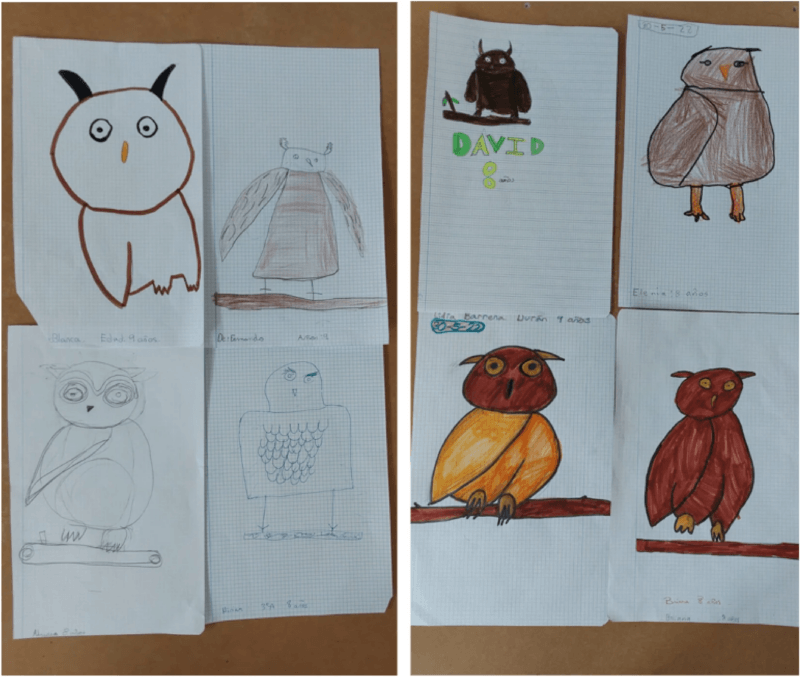 Juan J. NegroDrawings of owls made by children between the ages of four and 13, which researchers compared to the owl carvings.

“[The] owl engravings could have been executed by youngsters, as they resemble owls painted today by elementary school students,” the researchers determined after examining the two depictions.

So, why did Copper Age children choose to depict owls? Negro and his team speculated that humans have had a long and enduring fascination with owls.

“[O]ur hypothesis… is based on the transcultural fascination of humans by owls since time immemorial, in turn due to their peculiar anthropomorphism that predispose us to pay attention to them,” the researchers explained.

Negro also speculated that Copper Age children would have frequently seen owls like the little owl (Athene noctua) and the long-eared owl (Asio otus), who likely nested near human settlements that they drew prey like rats.

“Most likely these youngsters lived in settlements and would see owls regularly, since they’re known to get rid of rats and mice,” Negro explained to Live Science, adding: “Owls are different from other birds due to their large heads and frontally placed eyes, which people find striking.”

He added: “Because of this, if you were to ask children to draw an owl, they wouldn’t need a model, since everyone has an image of an owl in their brains. They’re iconic animals just like horses, dogs, and elephants.”

He and his team hypothesized that the owls may have also served an educational purpose for Copper Age children. The carvings are made with slate, a soft material composed of quartz, illite, and chlorite, according to Live Science. It’s easy to mold with simple tools and may have helped the children develop carving skills.

“Competent engravers, perhaps adults or adolescents, may have initiated novice children,” the researchers wrote. “Whether this learning process took place in the household or in other production contexts is unknown.” 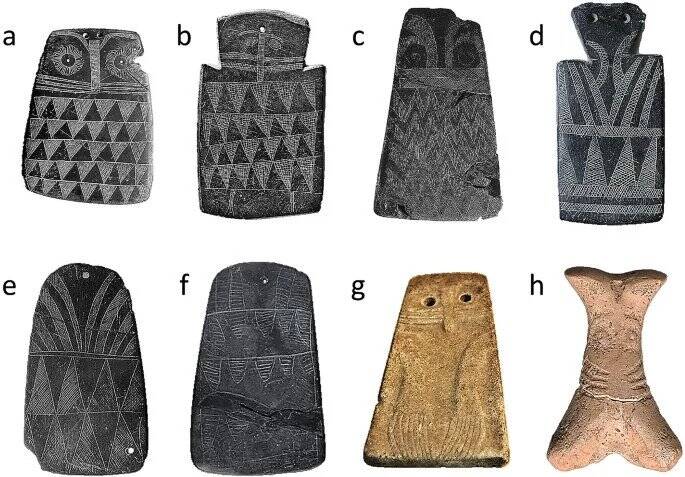 Juan J. NegroDifferent owl carvings made by Copper Age children, perhaps as a way to develop their carving skills.

In their study, the researchers also raised larger questions about the history of toys and play among ancient people.

“Children’s object play, and the objects themselves, has been disregarded in the archaeological literature until recently even though object play is ubiquitous in both tribal and modern societies,” they wrote.

As such, there’s still a lot for modern-day researchers to learn. But if one thing seems clear, it’s that ancient and modern-day children have a lot in common. When asked to draw an owl, they produced a similar design.

To the researchers, this similarity in owl depictions “suggests that schematic drawings are universal and timeless.”

After reading about these Copper Age owl carvings, discover the story of Ötzi, the man murdered during the Copper Age whose body was preserved for thousands of years in the frozen Alps. Or, take a look at these surprisingly dangerous toys from the 20th century.