The Craigslist Killer used the classifieds website to solicit his victims. From there, Philip Markoff targeted women who he robbed and assaulted before killing one in 2009.

The Craigslist killer, a 23-year-old medical student named Philip Markoff, did not seem like a murderer. He had grown up in a small town in upstate New York in a middle-class household.

Friends and classmates would later describe him as serious, well-behaved, and active in extracurricular activities. 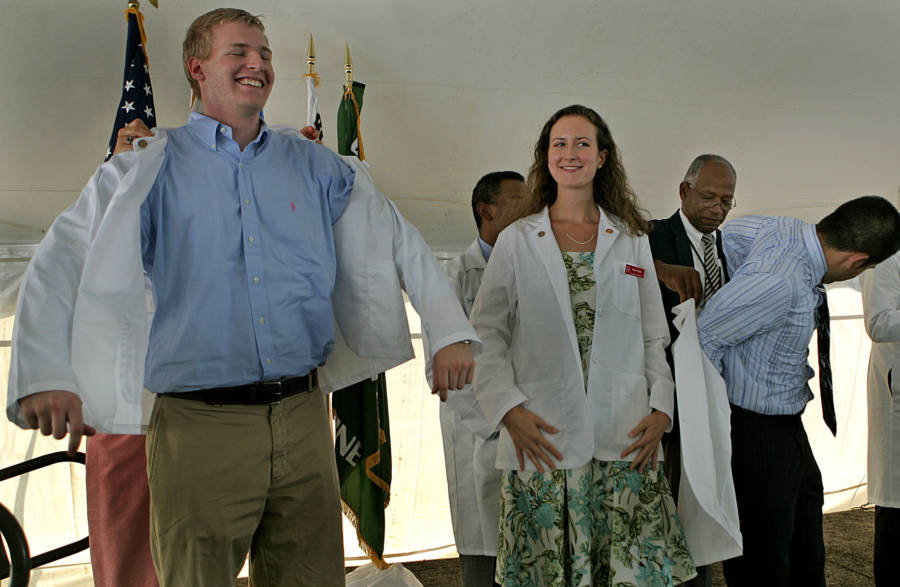 No one could have predicted that beneath a well-bred exterior lurked the dark mind of a calculated killer.

Life Before Becoming The Craigslist Killer

In his early life, Philip Markoff was described as “the nicest young man, polite, respectful, with a good sense of humor.” He had a solid family with two parents, though divorced both had remarried, and a brother. “They were very quiet and kept very much to themselves,” a neighbor recollected of the family, “they were never any bother.” 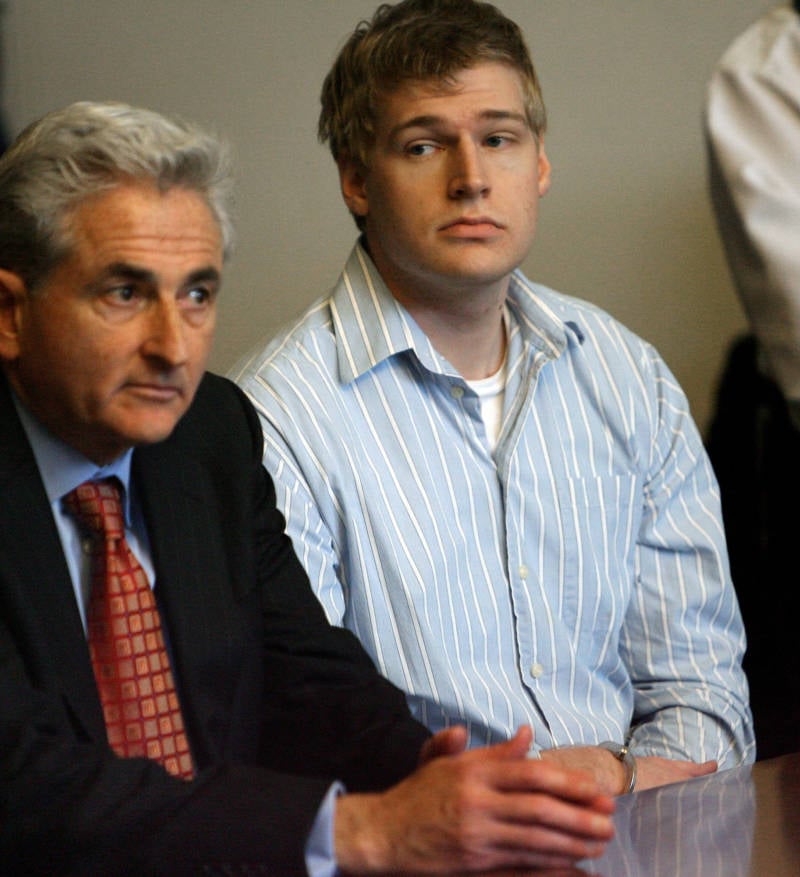 Mark Garfinkel-Pool/Getty ImagesPhilip Markoff was a Boston University medical graduate student before he sat before a Boston Municipal Court on April 21, 2009 for murdering masseuse Julissa Brisman.

Though he wasn’t the most popular, teachers noted that Markoff was academically brilliant.

While pursuing a career as a doctor and studying at SUNY Albany, Philip Markoff met Megan McAllister. Markoff and McAllister volunteered at a medical center near campus where McAllister, a few years older, first asked Markoff out on a date. After seeing each other for three years, Markoff proposed to McAllister on the beach. The couple planned to wed on Aug. 14, 2009.

From the outside, Philip Markoff appeared to lead an ideal life. He was a well-to-do medical student with a bride-to-be. Indeed, there appeared to be no indication that he would turn into the Craigslist killer — except, perhaps, one. The young medical student was $130,000 in debt from student loans and had a penchant for gambling. 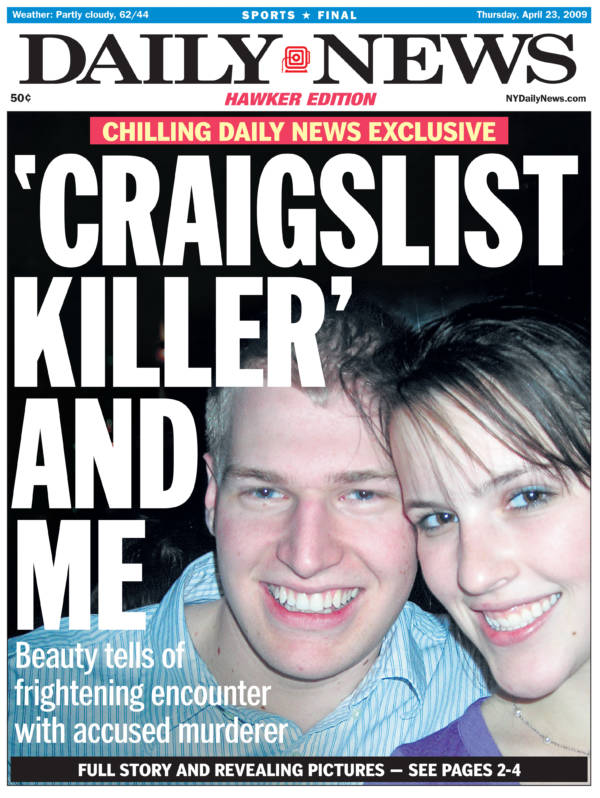 NY Daily News Archive via Getty ImagesFront page of the Daily News for April 23, 2009. Morgan Houston, who also attended SUNY Albany with Philip Markoff, relays her experiences with him.

Almost a year before a spree of robberies that targeted women would leave one dead, Markoff had begun to reach out to people on Craigslist. These messages revealed a different side of Markoff and not a mild-mannered medical student engaged to be married, but an individual thirsty for outside sexual encounters.

In May of 2008, Markoff exchanged several messages with someone who was back then labeled as “transvestite” in the Boston area. “Hey, sexy,” Markoff wrote on May 2 using the email address, “[email protected]” Subsequent messages included explicit photos.

Although they never met, Markoff reached out again in January 2009. This time, he used a different username. Once again, their exchange didn’t result in a meeting.

It was later reported that Markoff had sent messages and photos to multiple men who posted ads on Craigslist labeled “m4t,” or “Men Looking for Transvestites.”

He even once >posted as a female “ebony masseuse” looking to service male clients. Whether or not this ruse worked to result in an encounter is unclear. 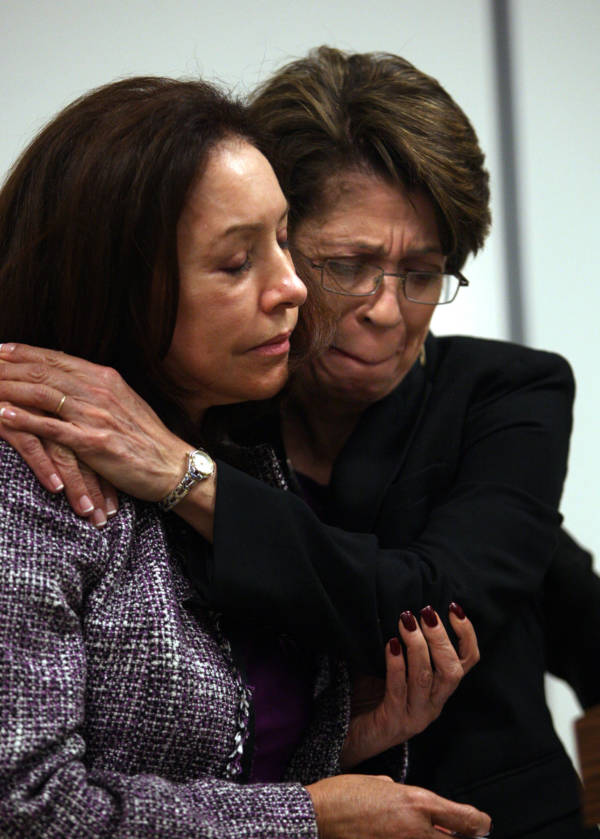 Carmen Guzman (right), the mother of Julissa Brisman, cries during a press conference in Boston on September 16.

Julissa Brisman, a masseuse and aspiring model, had posted the ad. She and Markoff exchanged a brief correspondence under fake names. They agreed to meet on April 14: exactly four months before Philip Markoff and Megan McAllister planned to wed.

Shortly into their meeting, Markoff attacked Brisman. It appeared to be a robbery gone wrong: Markoff tried to restrain Brisman and then bludgeoned her with his pistol. Almost a foot shorter than Markoff, Brisman struggled but to no avail. Philip Markoff shot her three times at close range then fled the scene. Brisman initially survived the attack but died later at the Boston Medical Center which was the same institution where Markoff studied to become a doctor.

Markoff orchestrated two other violent attacks through Craigslist that bookended the murder of Brisman.

On April 10, 2009 — 4 days before the Craigslist Killer met with Julissa Brisman — Markoff responded to another Craigslist ad posted by Trisha Leffler. Like Brisman, Leffler was a masseuse who advertised her services on Craigslist. Leffler later told CBS News that they arranged to meet up that night. As they arrived at her hotel room, Markoff pulled a gun, tied up Leffler, and robbed her.

Cynthia Melton told a version of the same story. She had also used Craigslist to advertise lap dances. As with the other women, Markoff replied to one of her ads and they met two days after he’d killed Brisman. And as with Leffler, Markoff pulled a gun, tied her up, and asked where she kept her cash and credit cards. “Don’t worry,” he allegedly told Melton. “I’m not going to kill you. Just give me the money.”

The attack was interrupted by Melton’s husband and Markoff fled the scene.

Philip Markoff: Outed By The Internet 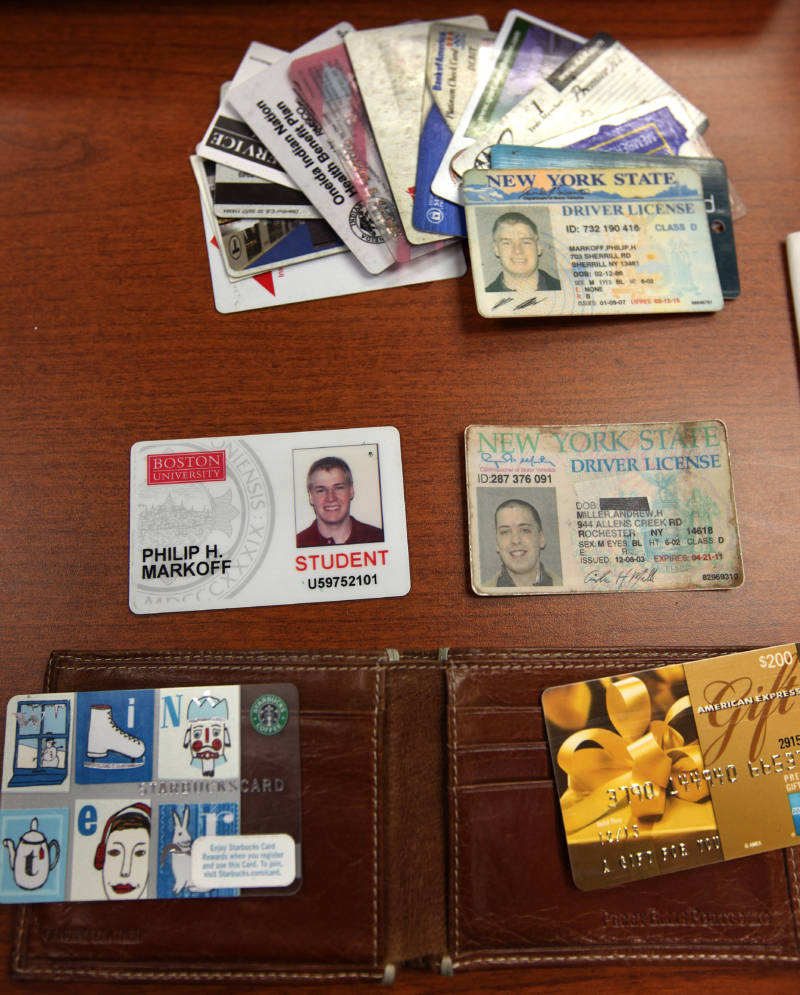 The virtual footprint the Craigslist Killer left behind was what eventually brought him to justice.

He’d left messages recorded by email providers and IP addresses visible to Craigslist each time someone made a post. Using this information, police were able to determine that the messages responding to the Craigslist ads had come from an apartment building in Boston.

Helpfully, the police had more than crumbs from the internet. They had CCTV footage. Staking out the apartment identified by the IP address, investigators noted Philip Markoff’s striking resemblance to the man the police had caught on camera: the Craigslist Killer.

On April 20, the police pulled over Markoff and McAllister on their way to Foxwoods, a casino in Connecticut. As the police brought Markoff to the station other officers searched his apartment where they found bullets, cash, plastic ties, and women’s panties. Crucially, they also found a hard drive that contained messages responding to Brisman’s Craigslist post.

A Gruesome End To The Saga 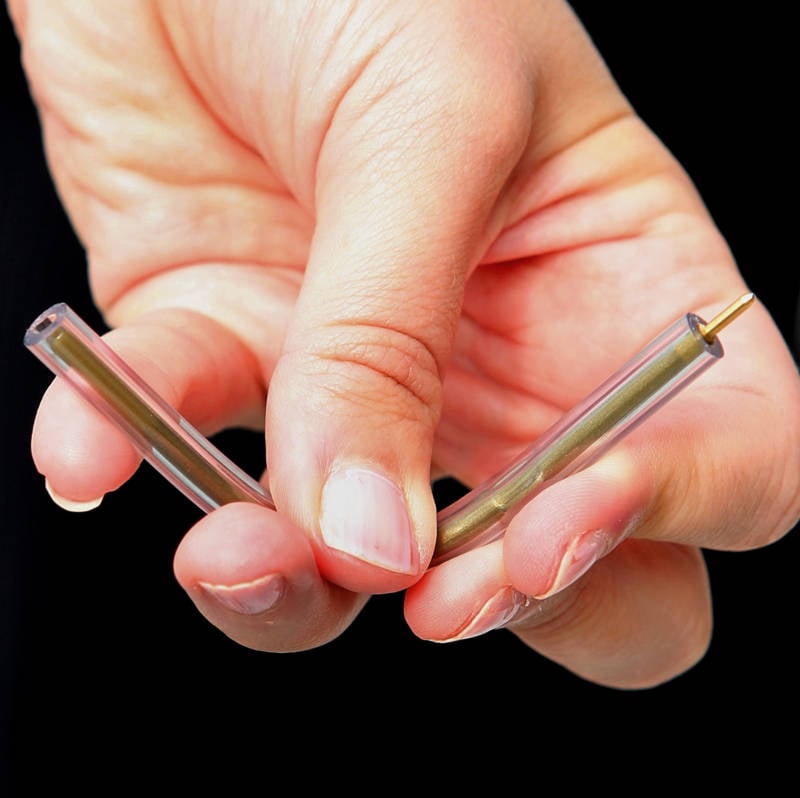 Markoff pleaded guilty at his arraignment and within the first 48 hours of being put in jail, he was also put on suicide watch when marks from shoelaces were found around his neck.

Meanwhile, Markoff’s fiancée refused to believe that he could be the Craigslist Killer at first. She came to his defense after his arrest and messaged news outlets that her fiancé was: “a beautiful man inside and out…He would not hurt a fly!”

But by May 1, 2009, the couple had canceled the wedding. In August 2010, Philip Markoff committed suicide in jail.

Using his knowledge of human anatomy, he slashed major arteries in his ankles, legs, and neck, stuffed toilet paper down his throat, and covered his head with a plastic bag. As he bled in his cell, Markoff painted a final bloody message on the wall: “Megan” and “pocket”.

What the Craigslist killer meant by “pocket,” the world will never know.

After this look at Philip Markoff, the Craigslist Killer, read about the recent discovery of Jack the Ripper’s grave, or delve into the stories of six never captured serial killers.