Perhaps the most fearless mobster of all time, "Crazy Joe" Gallo took on his own bosses in the Colombo crime family and sparked an all-out civil war that finally ended with his murder in 1972. 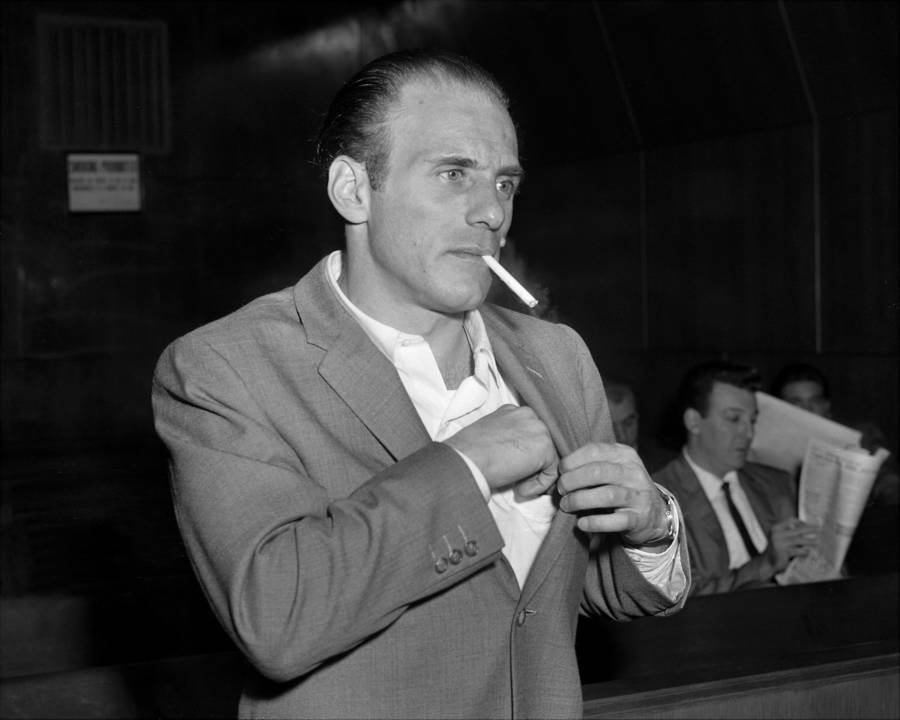 Getty ImagesAlso known as “Crazy Joe,” Joe Gallo kidnapped the bosses of his own family as part of an insurgency he lead in hopes of winning control of the organization.

On April 7, 1972, infamous mobster Joe Gallo sat down to celebrate his birthday at Umberto’s Clam House in New York’s Little Italy with his family. As they ate, a group of men rushed into the room, guns in hand. The men began to fire as Gallo stood up and pulled out his own gun to fire back.

Gallo knocked over a table to provide some cover from the bullets flying through the air and began moving towards the door, likely hoping to draw the fire away from his family.

The bullets hit him, but he managed to stumble into the street where he finally collapsed. As the gunmen fled, the police raced to the scene and found the mortally wounded Gallo. At the funeral three days later, his sister declared, “The streets are going to run red with blood, Joey.”

As it happened, she was right. “Crazy Joe” Gallo had lived by the sword — starting a war against his bosses for control of the family — and in the end he died by the sword as well. This is the unpredictable, blood-soaked story of Joe Gallo.

A Life Of Murder And Mayhem

Born in Brooklyn to a father who had been a bootlegger during Prohibition, Gallo quickly followed him into a life of crime. He fell in with local Mafia associates who nicknamed him “Joey the Blond.”

But after an arrest, he was evaluated by doctors who diagnosed him with paranoid schizophrenia. Over the next few years, Gallo earned another nickname: Crazy Joe.

Gallo got his start stealing jukeboxes and candy machines and reselling them. He was soon a “jukebox racketeer,” using violence to ensure that anyone in the area who wanted one had to buy it from him. And often, so did people who didn’t. When one business owner decided he didn’t want to buy a candy machine, Gallo whipped out a knife and held it to his throat until the man changed his mind.

Eventually, Gallo was so notorious that in 1958 he was called into the office of Sen. Bobby Kennedy during congressional hearings on organized crime. “Nice carpet,” Gallo reportedly said after walking into the room. “Good for a crap game.”

Joe Gallo joined the Profaci family early on, serving as the most likely hitman of Albert Anastasia, boss of the Colombo family.

As the head of Murder Inc. – the Mafia’s most notorious hit squad – Anastasia was one of the most feared men in New York. When most people would have wanted to keep the fact that they’d murdered a Mafia boss quiet, Gallo later bragged publicly about gunning Anastasia down in a barber’s chair.

“You can just call us the barbershop quartet,” he said.

“Crazy Joe” Takes On His Own Bosses And Starts A War

Joe Gallo expected a hefty reward for his part in the killing. When Joe Profaci, head of the family, failed to give it to him, Gallo quietly began planning to take over his rackets for himself. Hearing what Gallo was planning, Profaci authorized a hit.

While most men with their sanity intact might take the opportunity to skip town, Gallo struck back recklessly. He kidnapped one of Profaci’s brothers and held him hostage. What followed was a string of murders as the two factions went to war.

Unfortunately for Gallo, he was arrested for extortion before he could see how the war played out, and was sentenced to seven to 14 years in prison. 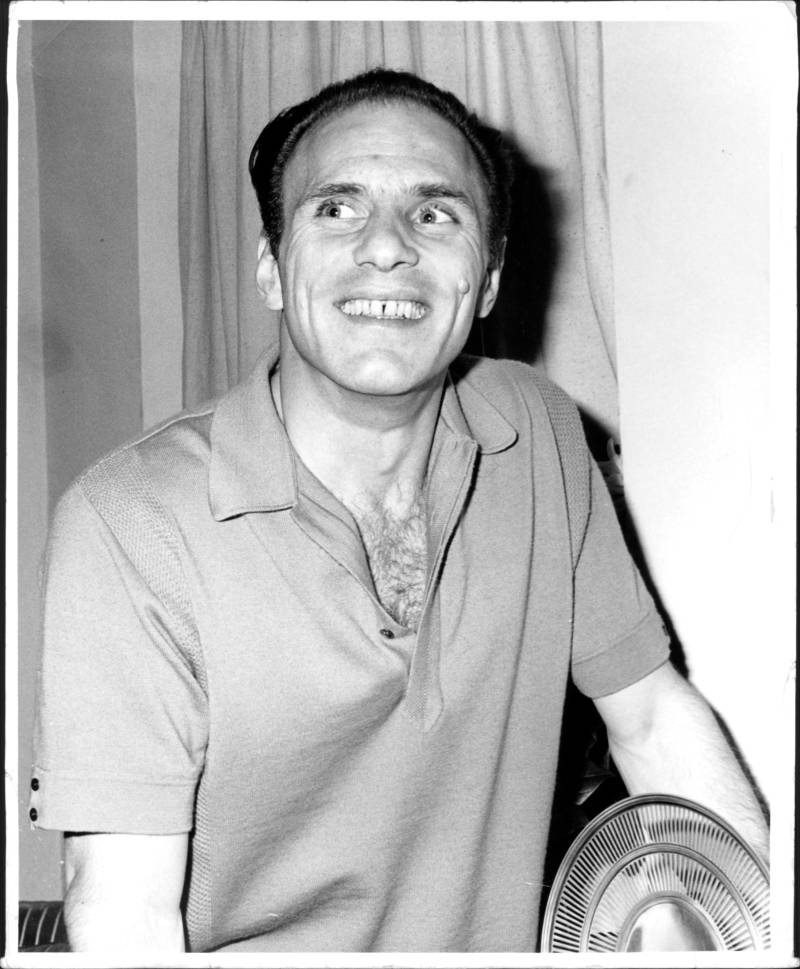 Getty ImagesTensions within the Colombo family died down while Joey Gallo was in prison, but immediately upon his release, the war began anew.

In prison, Joe Gallo went through a sort of reinvention, taking up painting and studying literature and philosophy. Unusually for men in the Mafia, Gallo struck up friendships with black prisoners while he was inside. These connections would eventually prove useful for operating in black neighborhoods when he was released.

Word began circulating that Gallo also planned to use his new friends to finish his war against the Profaci family, now under the control of mobster Joe Colombo.

In June 1971, Joe Colombo was shot by a gunman pretending to be holding a camera. The boss survived the shooting but was paralyzed for the rest of his life. Colombo’s associates noted that the gunman was black, and fingers were quickly pointed at Gallo.

Crazy Joe Gallo wasn’t particularly concerned. In spite of the fact that one of the largest crime families in New York wanted him dead, Gallo took no real precautions for his safety. So when a Colombo associate spotted him in a Little Italy restaurant, it was easy for him to return with backup and gun Gallo down. 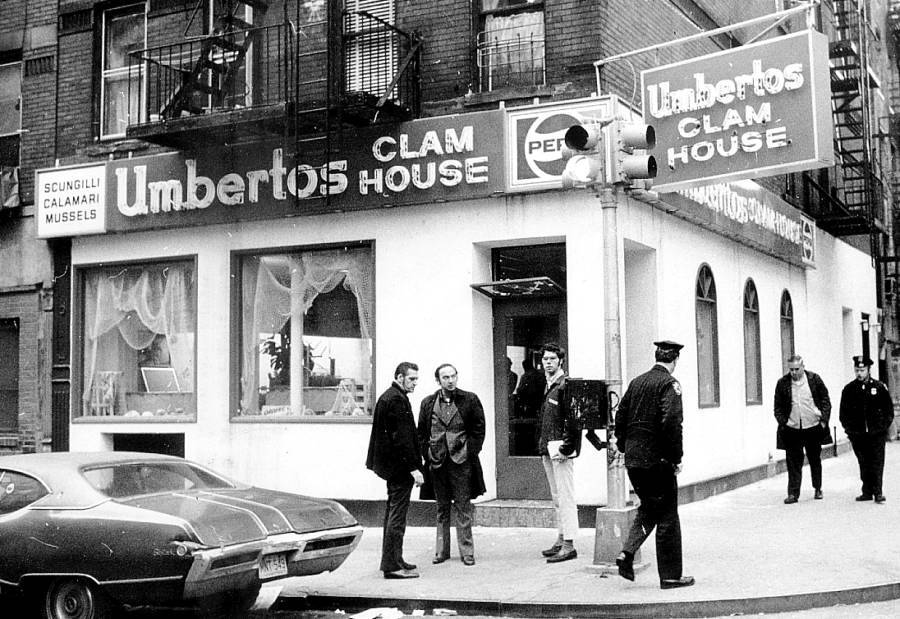 Gallo’s death set off another war between Gallo’s crew and the Colombo Family. Ten men were killed in the series of gangland slayings that followed.

The war lasted several years before the rest of Gallo’s family was able to make peace and rejoin the Colombo Family. It was the most violent mafia war in New York in decades.

Crazy Joe Gallo had been cultivating an image as a folk hero before his death, associating with the art scene in New York. Bob Dylan even wrote a song about him, Joey.

Enjoy this article about Crazy Joe Gallo? Next, read about these crazy Al Capone facts. Then, check out the story of Tommy DeSimone, Joe Pesci’s character in Goodfellas.