From a monk who mummified himself inside a statue to a tower made of human skulls, discover some of the most chilling artifacts ever unearthed.

History is full of astonishing discoveries — some of which are downright disturbing. There’s no question that this Earth has seen its fair share of real-life horror stories throughout the millennia. From bloody wars to human sacrifices to gruesome executions, it’s little wonder why creepy artifacts keep popping up all over the world.

As chilling as they are enlightening, creepy artifacts can help paint a fuller picture of our past, including the parts that we’d sometimes rather not see. Take a closer look at these unsettling discoveries — if you dare.

The Self-Mummified Monk Inside A 900-Year-Old Buddha Statue 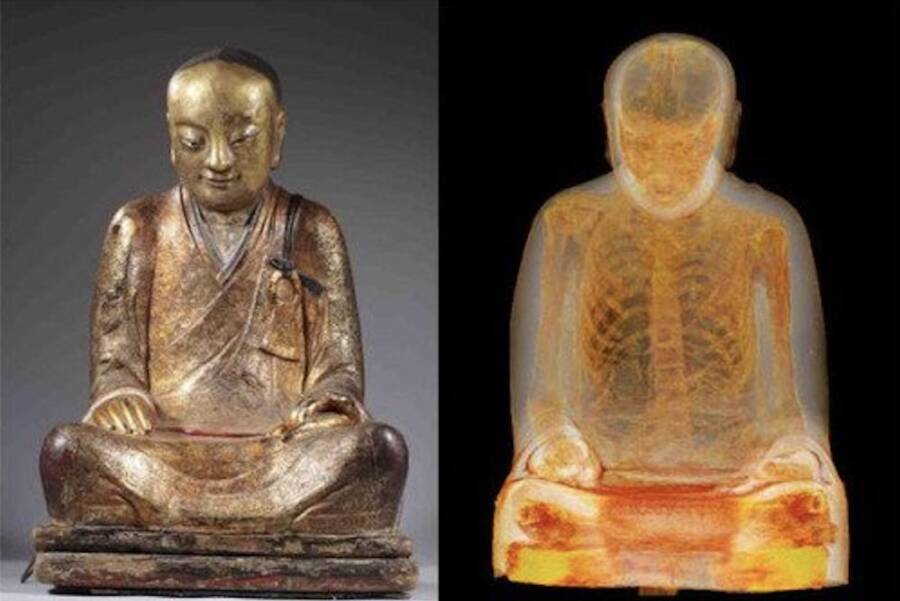 Meander Medical CenterResearchers thought it was an ordinary Buddha statue — until they looked inside.

In 2014, an examination of an ancient golden Buddha statue revealed a horrifying secret inside: the body of a dead monk. But even more horrifying was the process that he likely went through to get in there.

Researchers believe that the monk may have mummified his own body through a macabre process known as self-mummification.

Centuries ago, certain Buddhist monks across Asia turned themselves into “living mummies” in preparation for their deaths. Most of this process had to do with their diet. To prevent fat and moisture from causing their bodies to decay after they died, these monks would eat very little.

Sometimes, they would only eat plant materials like pine needles and tree bark. In other cases, they’d turn to sesame seeds, which were thought to stop bacterial growth. As chilling as this process was, it’s even more unsettling when you realize that it often took years to complete.

Finally, as they wasted away and death drew near, they would ingest a deadly sap to help finish themselves off and preserve their body once they’d perished, while also keeping bugs away from their corpse.

Today, researchers believe the monk inside the statue was Liuquan, a Buddhist master and a member of the Chinese Meditation School, who died in 1100. But mysteries still surround the statue — and the body inside of it.

As researchers examined the mummified monk further, they discovered that someone had removed his organs and filled the interior of his body with ancient Chinese messages written on pieces of paper.

Scholars still don’t know how the monk ended up inside the statue, what happened to his missing organs, or why his body was filled with ancient messages. But it’s possible that he wanted to become a “living Buddha” — and that he thought this process was the best way to make that happen.