The Most Shocking Crime News Stories Of 2022, From The Murder Of A Trophy Hunter To The Angry Vatican Tourist

A missing child found hidden under a staircase three years after she was kidnapped and a man who lived with his dead roommate's body for years while cashing his checks are just some of the most outrageous crime stories that made headlines this past year.

Midterm elections and Elon Musk’s buyout of Twitter may have dominated the headlines in 2022, but life still carried on for the 7.9 billion people on Earth who don’t work for Twitter or the American government — and it was full of surprises. Unfortunately, they weren’t all good surprises.

In fact, some of the most shocking stories we encountered in 2022 were also some of the most disturbing crimes we had ever heard of. One involved someone who had been living with his dead roommate’s body for four years; another saw a man kill his neighbors and claim the government was controlling his mind.

The 12 crime stories gathered here represent some of the darkest — and strangest — parts of humanity. 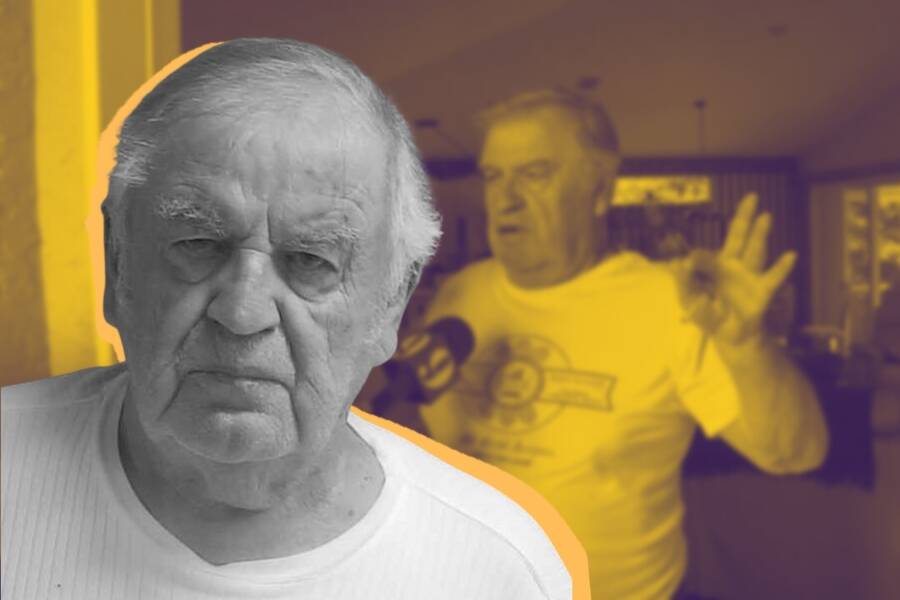 Volusia Sheriff’s Office/Twitter/CanvaHellmuth Kolb was put on the sex offender registry in 2018 for trying to buy a young girl — then he attempted to buy a child again in 2022.

Lauren Benning was minding her own business while shopping in a Winn-Dixie in Port Orange, Florida with her eight-year-old daughter when a man approached her, complimenting her little girl and lamenting that he was never able to have children of his own.

That could have been the end of the story — a nice interaction with a lonely old stranger — except for the fact that the man, Hellmuth Kolb, then followed Benning out to the parking lot and offered to buy her daughter for $100,000.

When police arrived to question Kolb, all he had to say for himself was, “We all like kids.”

Unfortunately for Kolb, his probation officer confirmed with police that he had previously been arrested for attempting to buy a child in 2018 — an incident that landed him on the sex offender registry.

At that time, Kolb noticed a young girl and her mother sitting on a bench outside the local Walmart, approached them, and started “bidding” on the child.

Naturally, the girl’s mother declined. Then, Kolb grabbed the girl’s arm, kissed her wrist, and offered up his final bid of $200,000.

After the 2018 incident, Kolb was sentenced to five years of probation for battery and false imprisonment — which he clearly violated when he approached Benning’s daughter at Winn-Dixie.

“His intent is to buy children,” Benning said after the encounter. “That’s not okay… He needs to be locked up and not allowed to be around our children.”