Inside The Bloody Criminal Reign Of Vito Rizzuto, The ‘Canadian Godfather’

Cornering the market in heroin and cocaine trafficking, Vito Rizzuto's mafia family dominated Montreal until his death in December 2013. 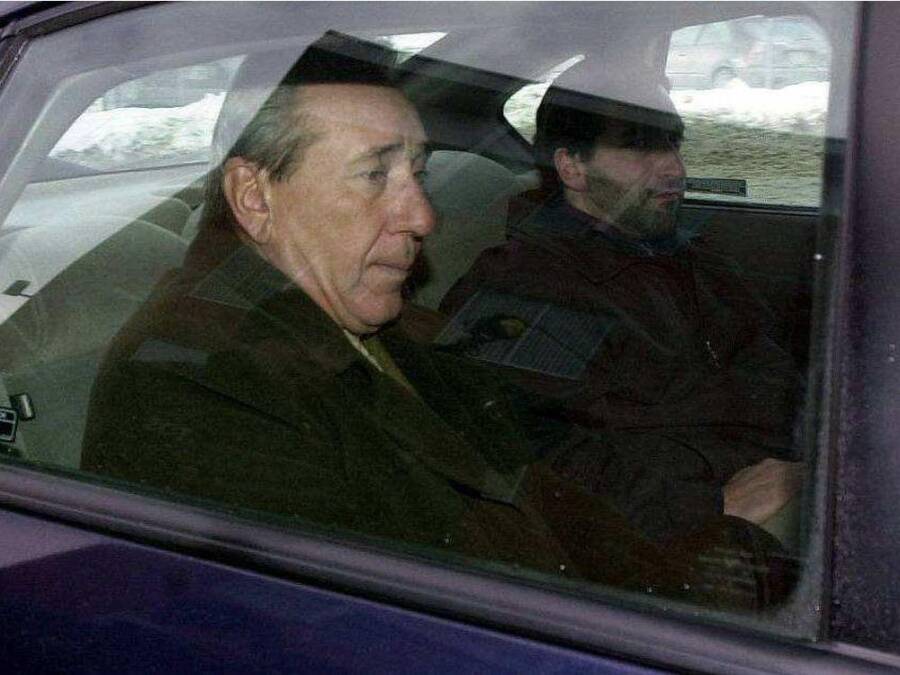 YouTubeVito Rizzuto inherited his empire from his father, Nicolo, who had married into the mob back in Sicily.

Crime ran in Vito Rizzuto’s family. His grandfather on his mother’s side was a Mafia boss in Cattolica Eraclea, the small Sicilian village where Vito was born. In 1954, Vito’s father Nicolo moved the family to Montreal where he started his own crime syndicate after seizing control from the Cotroni crime family.

When it was time for Rizzuto to take over control of the mob from his father, he did it in flashy suits, importing and distributing heroin and cocaine internationally thanks in part to his connections to the Bonanno crime family in New York.

Vito Rizzuto drew comparisons to other another infamous mobster, John Gotti, or the “Teflon Don,” the longtime head of the Gambino crime family, for his ability to stay out of prison — until his past finally caught up with him.

In 2004, Rizzuto was indicted by a Brooklyn grand jury for his involvement in the May 5, 1981, gangland killings of Philip Giaccone, Dominick Trinchera, and Alphonse Indelicato, which became known as the “Three Capos” murder.

He eventually spent five years in prison and died of lung cancer only a year after his release in 2012. But while Rizzuto himself was gone, his organization wasn’t — and his death resulted in a bloody, prolonged struggle for control.

In 1954, Nicolo Rizzuto and his family packed their things and left Sicily for Montreal. He already had a job lined up, too — with the Montreal mob, at the time led by Vincenzo “Vic” Cotroni.

Nicolo Rizzuto wasn’t new to the criminal underworld, either. His wife, Libertina Manno, was the daughter of a Sicilian Mafioso named Antonio Manno, and, according to The McGill Tribune, the mobster’s connections proved beneficial in connecting Nicolo with the Cotronis and other Sicilian crime families. 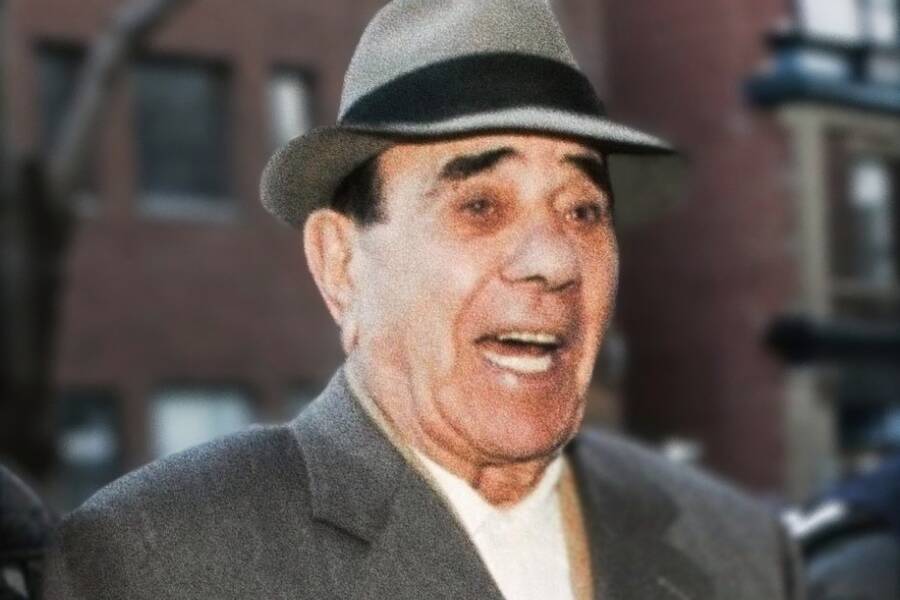 TwitterNicolo Rizzuto, the mobster who paved the way for his son Vito, was killed by a sniper at age 86.

This connection allowed Nicolo to form his own crew and make his own alliances outside of the Cotroni family, whose management he often disagreed with.

“He is going from one side to the other, here and there, he says nothing to nobody, he is doing business and nobody knows anything,” complained Paulo Violi in 1976. Violi was Cotroni’s successor, evidently unhappy with the way in which Rizzuto conducted his business.

In an attempt to resolve the ongoing disputes between Nicolo Rizzuto and the Cotroni family, the Bonanno family — one of New York’s most powerful crime families, with ties to Sicily themselves — sent a group of mediators to deal with the problem.

When no common ground could be found, the Bonannos sided with Rizzuto, sparking a war between Calabrian and Sicilian factions of the Montreal mob.

Rizzuto quickly orchestrated the murder of Pietro Sciara, an advisor to Violi, and a year later, two of his gunmen shot and killed Paolo’s brother, Francesco. Paolo Violi, however, was seemingly spared by his brief stint in jail — only to be murdered upon his release in 1978.

By 1980, the Sicilians had all but wiped out the Calabrians. Paolo’s remaining brother, Rocco, was shot by a sniper mid-family dinner, and the Rizzutos had cemented themselves as Montreal’s preeminent crime family.

Then, Nicolo Rizzuto handed the reigns of his empire to his son, Vito.

When Vito Rizzuto took over control of his father’s empire, he was put in charge of a multi-million-dollar organization at the forefront of Montreal’s criminal underworld.

The Rizzuto crime family didn’t discriminate when it came to crime: They had their hands in everything from construction fraud, drug trafficking, and gambling to money laundering, bribery, extortion, and stock manipulation. 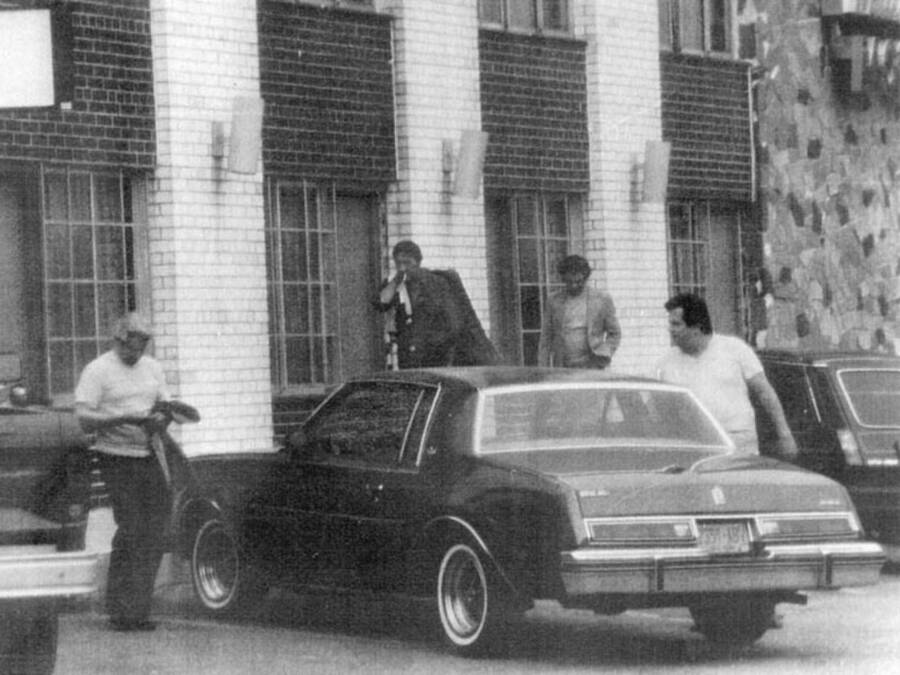 At that time, The New York Times put out a story detailing the successful infiltration of an FBI agent into the Bonanno crime family. The agent went by the name “Donnie Brasco,” and had been discretely keeping tabs on the criminal organization since 1977.

Not long after Rizzuto arrived in New York, Brasco caught wind of three high-profile murders within the Bonanno organization: Alphonse Indelicato, Philip Giaccone, and Dominic Trinchera, three capos were gunned down in a nightclub in Brooklyn.

“For the past two years, bitter and increasingly violent disputes have arisen among the several capos or captains within the Bonanno family, resulting in their split into two main factions, those loyal to the current boss of the family and those opposed to him.”

As the story goes, Indelicato, Giaccone, and Trinchera had been opposed to the Bonanno family leadership, so Massino orchestrated their murders — and enlisted Rizzuto for the job, along with three other gunmen including Massino’s brother-in-law, Salvatore Vitale.

Although the “Three Capos” murder didn’t yet spell the end for Rizzuto or the Bonanno crime organization, the event planted the seed that would ultimately lead to Rizzuto’s downfall.

Vito Rizzuto’s Arrest And The Dissolution Of His Criminal Empire

For 20 years after the “Three Capos” murder, Vito Rizzuto seemed untouchable. He was the head of Canada’s largest criminal organization, his illegal businesses netting him billions of dollars as he dined with politicians and other powerful officials. 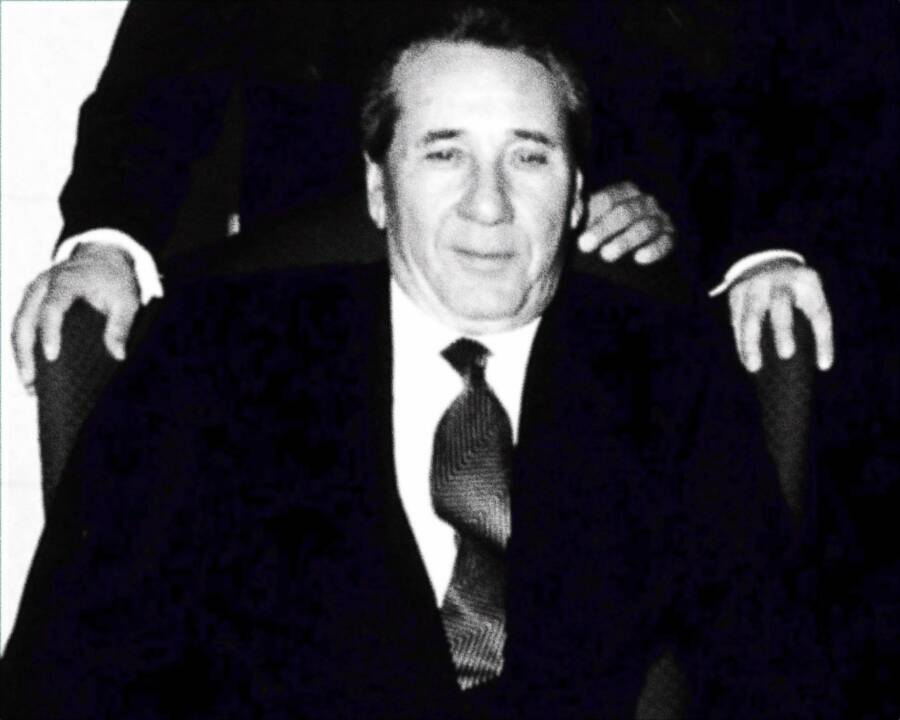 RedditVito Rizzuto predicted that his absence would cause the world of Canadian organized crime to fall apart. He was right.

But in January 2001, Rizzuto’s once-impregnable empire was dealt its killing blow: a group of officers appeared at Rizzuto’s home with a pair of handcuffs and a warrant for his arrest.

“It was surgical,” Nick Milano told The Sun. Milano was one of the officers tasked with surveilling Rizzuto and, ultimately, putting him behind bars.

“Mrs. Rizzuto opens the door and he’s at the top of the stairs. It’s not a small property. My partner and I asked him to come down … that’s when my partner told him: ‘Dress up nicely, Vito because you’ll be going to court.'”

Canadian police were able to bag Rizzuto in 2001, but it would take another two years for the FBI’s extradition warrant to come through. Milano accompanied Rizzuto on his trip to New York — and spoke to him extensively on the return trip to Montreal.

“He was forthcoming and spoke openly about his family, his prediction about how things would go down in his absence,” Milano said. “It was prophetic; everything except the murders of his crew and family happened.”

On May 4, 2007, Vito Rizzuto pleaded guilty to conspiracy to commit murder in relation to the killings of Giaccone, Trinchera, and Indelicato. He was sentenced to 10 years in prison and fined $250,000.

But, as he had told Milano, things didn’t go well for his crew while he was behind bars.

Rizzuto’s absence created a power vacuum, and while the Canadian mobs fought for control, his family paid the price. In 2009, his son Nick Rizzuto Jr. was gunned down in the street. A year later, his father Nicolo was killed by a sniper in his home.

Now battling lung cancer, Rizzuto was given early release in October 2012, but he was never able to regain control of his former empire. Instead, he reached out to Milano and gave him information about corruption in Canada’s construction industry. 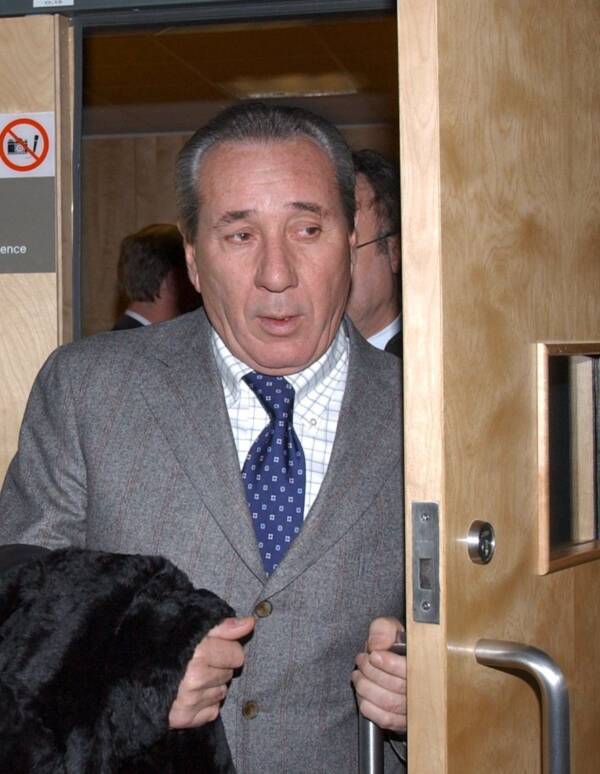 Journal De Montreal/ AFP via Getty ImagesVito Rizzuto was known for his ability to make different criminal groups come together and referred to himself as a “mediator.”

“I repeat to everyone who asks me what Vito was like,” Milano said. “He was a gentleman, in every sense of the word. Very composed and very articulate. He had leadership qualities. He was able to influence people and had that charisma that made him a little bit special.”

Vito Rizzuto ultimately lost his battle against lung cancer in 2013, his criminal empire in shambles and his family on the brink of ruin.

After reading about the notorious Canadian crime boss, learn about another mafioso: Joseph Bonanno, head of one of New York’s most powerful crime families. Then, dive more deeply into the rise of New York’s criminal underworld.