Inside The Mysterious Death Of Dorothy Kilgallen, The ‘Reporter Who Knew Too Much’

Investigative journalist Dorothy Kilgallen was probing the John F. Kennedy assassination when she suddenly died under strange circumstances on November 8, 1965. 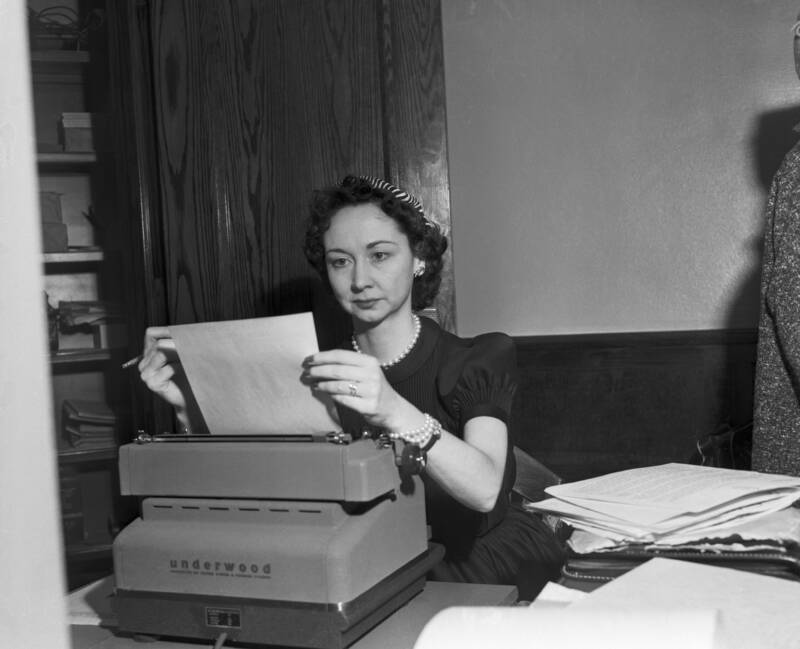 Bettmann/Getty ImagesDorothy Kilgallen was investigating the JFK assassination when she died from an overdose of alcohol and barbiturates.

By the time she died in 1965, Dorothy Kilgallen had made a name for herself as a journalist, a radio broadcaster, and a popular game show panelist. But she planned to become known as something else: the reporter who revealed the real story behind the John F. Kennedy assassination.

A dogged journalist unafraid to speak truth to power, Kilgallen was deep into her own investigation about the president’s death when she died. She found the idea that Lee Harvey Oswald had killed Kennedy alone “laughable” and spent 18 months speaking to sources and digging into the assassination.

Before she could publish anything, however, Kilgallen died from an overdose of alcohol and barbiturates. But was it likely accidental, as newspapers reported at the time? Or had something more sinister taken place — and what happened to Dorothy Kilgallen’s pages and pages of research?

The ‘Girl Around The World’

Born on July 3, 1913, Dorothy Kilgallen had a reporter’s nose from the beginning. Her father was a “star reporter” with the Hearst organization and Kilgallen followed in his footsteps.

She cut her teeth by covering big stories of her day, including President Franklin Delano Roosevelt’s first presidential campaign in 1932 and the 1935 trial of Richard Hauptmann, the carpenter convicted of kidnapping and killing the Lindbergh baby. But Kilgallen really made a name for herself in 1936, when she competed in a race around the world with two other reporters.

As the Smithsonian notes, the 23-year-old received special attention as the only woman in the three-way race. Though she came in second, Kilgallen was frequently mentioned by her employer, New York Evening Journal, and later turned her experience into a book, Girl Around the World. 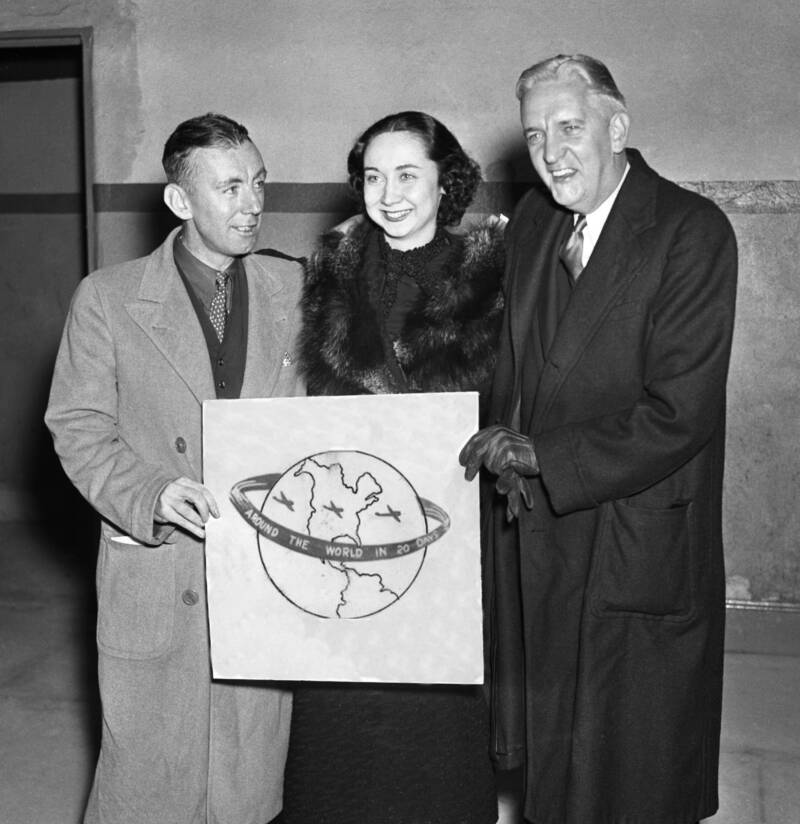 Bettmann Archive/Getty ImagesDorothy Kilgallen with her competitors, Leo Kieran, and H.R. Ekins, before they boarded the Hindenburg and traveled to Germany. Ekins eventually won the race.

From there, Kilgallen’s star skyrocketed. She started writing a column for the New York Journal-American called “Voice of Broadway,” hosted a radio show called Breakfast with Dorothy and Dick with her husband, Richard Kollmar, and became a popular panelist on the TV show What’s My Line?

Still, Dorothy Kilgallen remained a reporter at heart. She frequently wrote about the nation’s biggest news stories, including the 1954 trial of Sam Shepherd, an Ohio doctor accused of murdering his pregnant wife. (Kilgallen later got Shepherd’s conviction overturned when she revealed that the judge had told her that the doctor was “guilty as hell.”)

But nothing stirred her reporter’s instincts more strongly than the assassination of President John F. Kennedy on Nov. 22, 1963, in Dallas, Texas. From the beginning, Dorothy Kilgallen was determined that the story of the president’s death must be told, warts and all.

“The American people have just lost a beloved president,” Kilgallen wrote one week after the JFK assassination, according to the New York Post. “It’s a dark chapter in our history, but we have the right to read every word of it.”

For 18 months, Dorothy Kilgallen set out to learn all she could about the Kennedy assassination. She found the Warren Commission’s 1964 conclusion that Lee Harvey Oswald had killed the president alone “laughable” and set her sights on Oswald’s killer, Jack Ruby, who’d murdered the assassin on live television two days after Kennedy’s death.

During Ruby’s 1965 trial, Kilgallen achieved what no other reporter could — an interview with Oswald’s alleged killer. 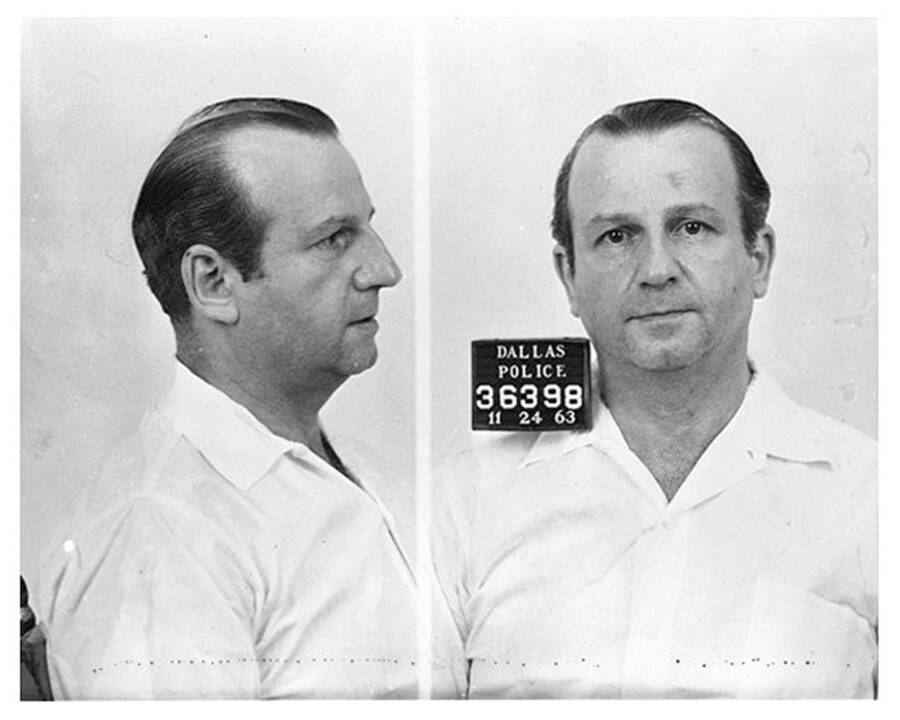 Bureau of Prisons/Getty ImagesJack Ruby’s mugshot from November 24, 1963, after he was arrested for the murder of Lee Harvey Oswald.

“Jack Ruby’s eyes were as shiny brown-and-white bright as the glass eyes of a doll,” Kilgallen wrote in her column. ‘He tried to smile but his smile was a failure. When we shook hands, his hand trembled in mine ever so slightly, like the heartbeat of a bird.”

According to The Reporter Who Knew Too Much by Mark Shaw, Kilgallen found Ruby’s trial odd. Ruby seemed frightened but sane, and Kilgallen was surprised that his lawyer, Melvin Belli, planned to make an insanity plea. Kilgallen also wondered why Belli didn’t fight harder to spare her client’s life and was shocked when Ruby was sentenced to death.

As Shaw notes, Kilgallen left Ruby’s trial more convinced than ever that a conspiracy had killed Kennedy. In her column on March 20, 1965, about a week after Ruby’s sentencing she wrote:

“The point to be remembered in this historic case is that the whole truth has not been told. Neither the state of Texas nor the defense put on all of its evidence before the jury. Perhaps it was not necessary, but it would have been desirable from the viewpoint of all the American people.” 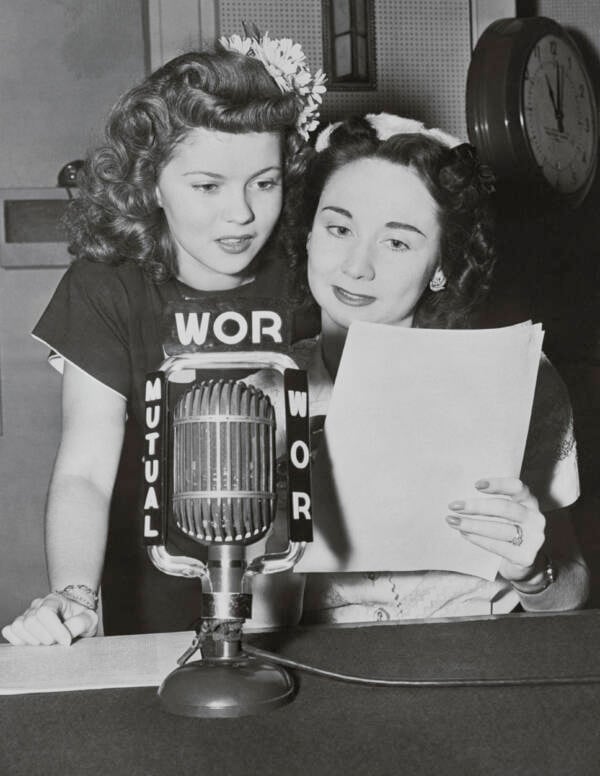 Not only did Kilgallen continue to publicly air her doubts about the JFK assassination, but she also continued to investigate the president’s death. As the New York Post reports, Kilgallen gathered evidence, conducted interviews, and traveled to Dallas and New Orleans to chase down leads.

By the autumn of 1965, Dorothy Kilgallen seemed to feel that she was on the edge of a breakthrough. She had planned a second trip to New Orleans, where she intended to meet an unnamed source in a “very cloak and daggerish” encounter, according to Shaw.

“This story is not going to die as long as there’s a real reporter alive — and there are a lot of them,” Kilgallen wrote on September 3. But just two months later, this dogged reporter was found dead at her Manhattan home.

The Mysterious Death Of Dorothy Kilgallen

On Nov. 8, 1965, almost two years after John F. Kennedy was assassinated in Dallas, Dorothy Kilgallen was found dead at her East 68th Street townhouse. She was discovered sitting in bed, wearing nothing but a blue bathrobe, false eyelashes, and a floral hair accessory.

A week later, The New York Times reported that the 52-year-old journalist had died after overdosing on alcohol and barbituates but that a police investigation had found “no indication of violence or suicide.”

“It could have simply been an extra pill,” James L. Luke, the assistant Medical Examiner, told The New York Times. Admitting that the circumstances of Kilgallen’s death were “undetermined,” he added: “We really don’t know.”

More than 50 years later, however, author Mark Shaw expressed serious suspicions about Kilgallen’s death. In his 2016 book, The Reporter Who Knew Too Much, Shaw made the case that Kilgallen had been murdered to stop her investigation into Kennedy’s assassination. 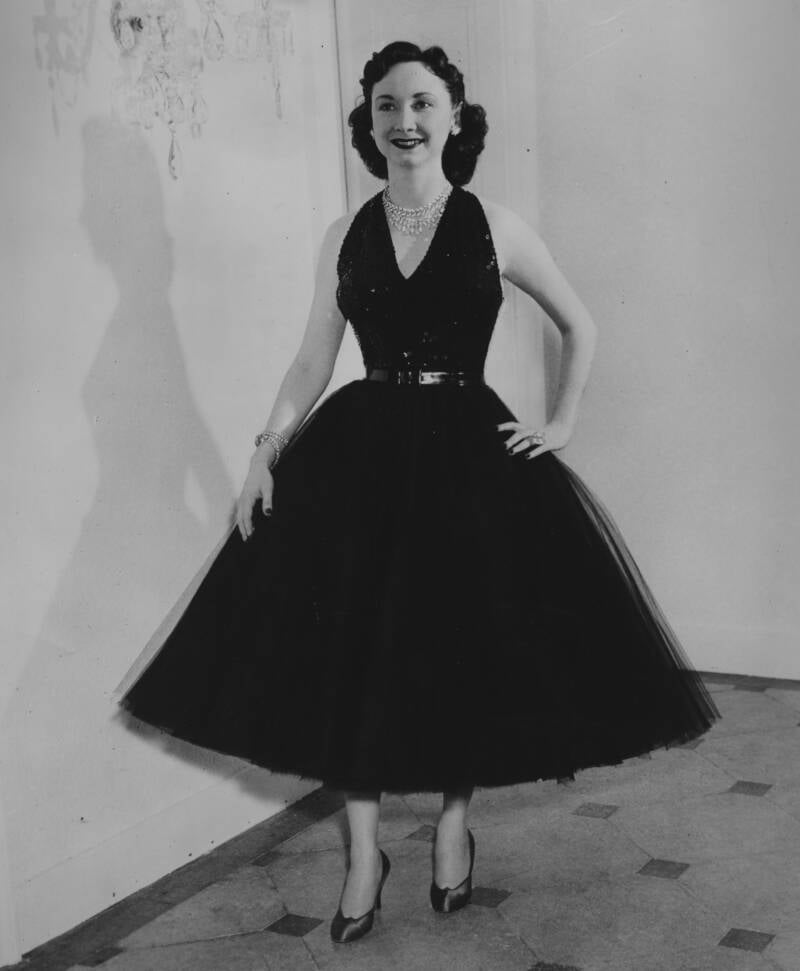 FPG/Archive Photos/Getty ImagesDorothy Kilgallen died of an overdose, but the circumstances of her 1965 death have always been murky.

After filing a Freedom of Information Act, Shaw reported that two additional barbituates had been found in Kilgallen’s system in addition to Seconal, for which Kilgallen had a prescription. He also discovered that there was powder residue in the glass by her bed, suggesting that someone had broken up the capsules.

What’s more, a petition that Shaw filed to have Kilgallen exhumed explained that she’d been found dead in a bed she never slept in, in sleeping clothes she didn’t wear, next to a book that she’d told people she’d finished reading.

She’d last been seen with a “mystery man,” whom Shaw identified as Ron Pataky. He believed that Pataky and Kilgallen had been having an affair and that Pataky later penned suspicious poems suggesting that he’d killed her.

Ultimately, Shaw hypothesized that Dorothy Kilgallen had been circling the theory that the mob had had something to do with Kennedy’s death. He believes that she had determined that New Orleans mobster Carlos Marcello had orchestrated the president’s assassination.

But Kilgallen’s conclusions will be never be known — her meticulous research into Kennedy’s assassination went missing after her death.

“Whoever decided to silence Dorothy, I believe, took that file and burned it,” Shaw told the New York Post.

Shaw further explained that he’d started to investigate Kilgallen’s death while researching a different book, one about Jack Ruby’s attorney, Melvin Belli. During his research, he found that Belli had remarked after Kilgallen’s death: “They’ve killed Dorothy; now they’ll go after Ruby.”

Jack Ruby died on January 3, 1967, shortly before he was set to go to trial after the Texas Court of Appeals overturned his death sentence. The official cause of death was a pulmonary embolism related to Ruby’s lung cancer.

After reading about Dorothy Kilgallen, discover the story of Clay Shaw, the only person who ever stood trial for the JFK assassination. Or see why some believe the “Umbrella Man” gave the signal to assassinate President Kennedy.