From bizarre gravity to the devastation of World War II, here are the possible explanations behind the Crooked Forest of Krzywy Las.

Just outside the town of Gryfino in western Poland sits a forest that looks like it came straight out of a fairytale. 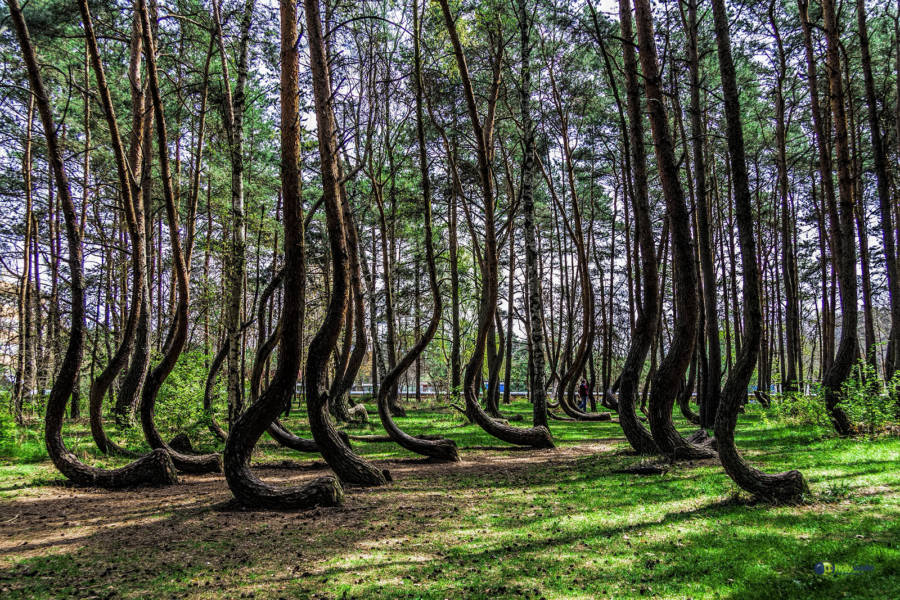 In the Crooked Forest (known locally as Krzywy Las), about 400 pine trees do indeed grow crookedly with full 90-degree curves at their bases that bend towards the north. Just up from their bases, the trees curve into a “C” shape, bending from three all the way up to nine feet sideways before curving back to grow straight up from there. They grow to be about 50 feet tall and are generally healthy despite the unnatural curves at their bases.

While plenty of other anomalous trees around the world have been known to develop curves or other strange shapes, the trees in the Crooked Forest are different.

They are smooth, not gnarled like other trees that are curved because they have suffered from a genetic mutation. Furthermore, of course, the Crooked Forest is unique because so many trees grow so strangely and in such a uniform way.

The Mystery Of Krzywy Las 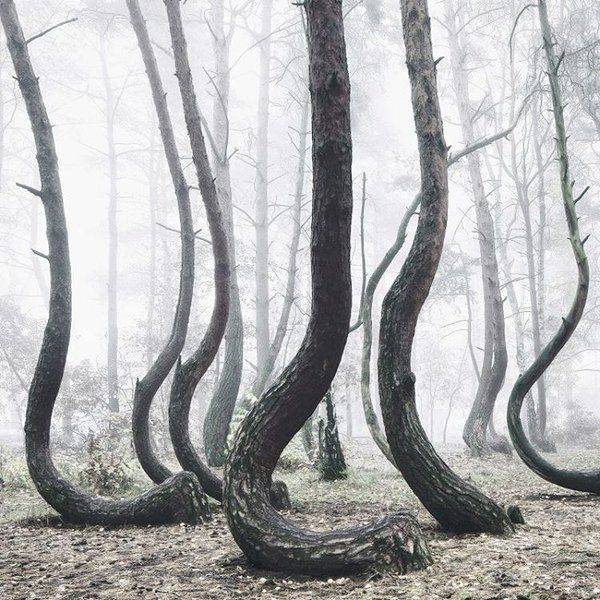 The eerie-looking trees of Krzywy Las have sparked many different theories as to how they came to be this way. One of the more outlandish theories is that there is some kind of unique gravitational pull in this particular area that caused the trees to grow outward towards the North instead of straight up.

But that theory doesn’t hold up to basic scientific scrutiny, given that gravity pulls things downward and not at a curve. Furthermore, there are other groups of pine trees and assorted vegetation in the area of the Crooked Forest that do not curve, and one would expect a unique gravitational pull to exert the same type of force on all of the plants in the area and not just a specific group of pine trees.

Another theory about Krzywy Las is that heavy snowfall weighed down the trees as they were sprouting, causing them to grow crookedly. But once again, this theory does not explain why other trees in the area were not affected or how so many trees were affected and in a way that is so uniform.

The Most Likely Explanation Behind Poland’s Crooked Forest 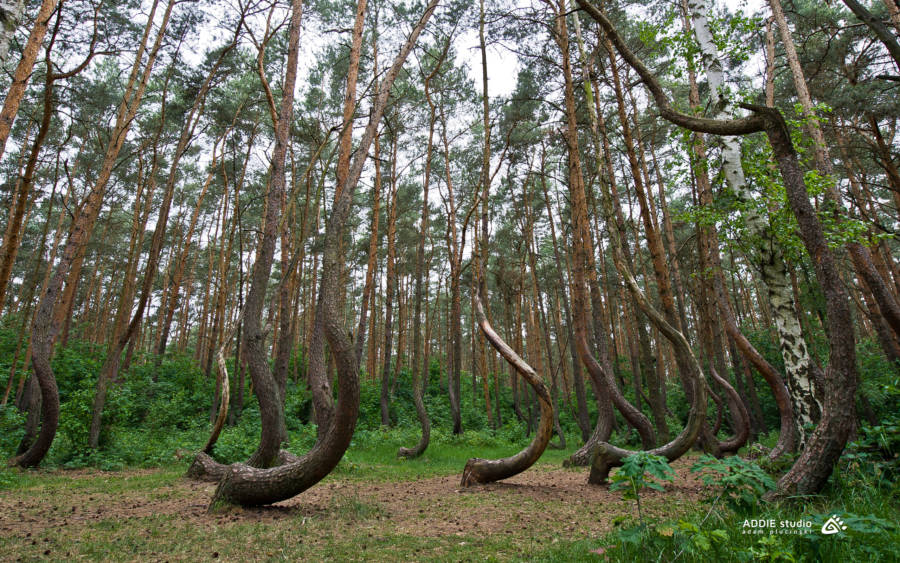 Ultimately, scientists aren’t sure why the trees in the Crooked Forest are crooked. But what seems to be the most likely explanation is that the trees were intentionally altered by farmers from the nearby town.

The trees were likely planted around 1930 and it was not uncommon for farmers of the time to manipulate their young trees into shapes that would make it easier for them to be used for construction materials, namely shipbuilding wherein it would make sense to use curved timber because it would complement the shape of the ship being built.

Farmers most likely bent the trees as they were growing, which would explain why so many trees were so uniformly shaped, but not every single tree in the area was affected.

However, once World War II began and Germany conquered Poland, the local farmers’ tree-bending activities were likely disrupted. Soon after Germany invaded Poland in 1939, the town of Gryfino was destroyed and the farmers would not have been able to tend to the trees and ultimately cut them down for use, instead abandoning them and leaving them to grow for the next several decades in their altered, crooked state. 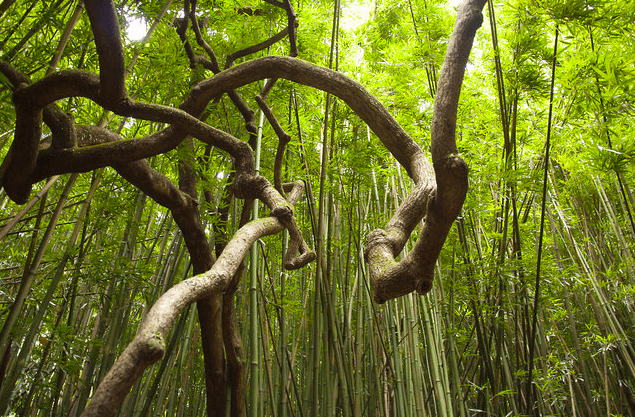 Today, the most common explanation for trees that grow in bizarre shapes is that they have been intentionally manipulated by humans for one purpose or another. Gilroy Gardens, a theme park in California, boasts Circus Trees that architects have deliberately fashioned into unique figures using different grafting and shaping techniques.

In this case, we obviously know for a fact that humans deliberately altered those trees using elaborate methods. But in the case of the Crooked Forest of Krzywy Las, we just don’t know for sure.

The town of Gryfino was largely abandoned between the early stages of World War II until the 1970s, so the people who were there before the war and had the answer to the mystery of the Crooked Forest are now likely gone forever.

After this look at Poland’s Crooked Forest, learn about Old Tjikko, perhaps the oldest tree on Earth. Then, check out the most amazing trees in the world.