Olympus Mons: The Tallest Mountain In The Solar System

Experience the awesome size of Martian volcano Olympus Mons, the tallest mountain in the solar system, three times the height of Everest. 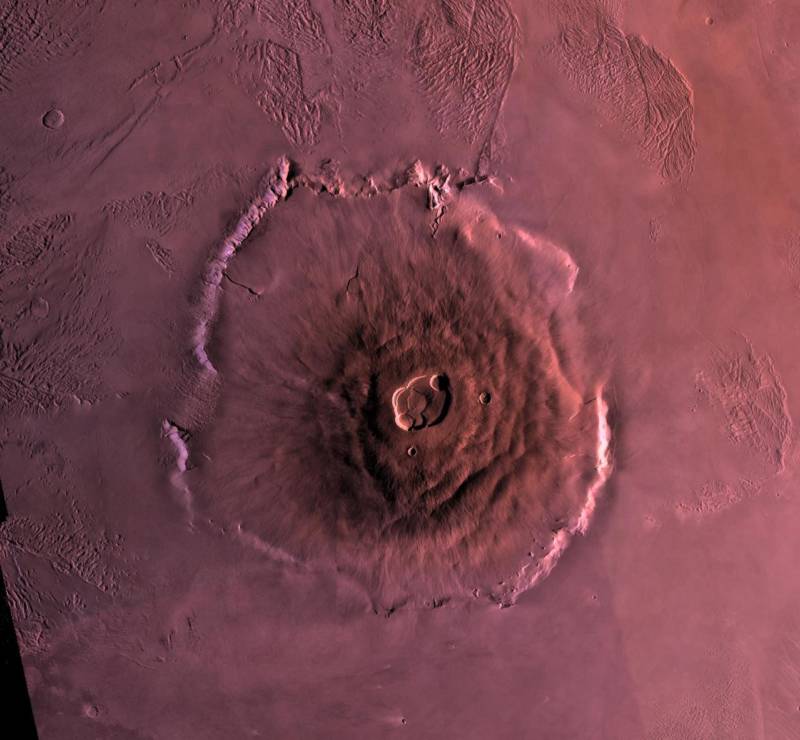 NASAOlympus Mons, the tallest mountain in the solar system, from above.

It dwarfs Mount Everest, boasts a width about as large as the state of Arizona, and is the tallest mountain in the solar system. This is Olympus Mons, the most impressive peak known to exist.

Located in the Tharsis Montes region of Mars, near the equator in the planet’s western hemisphere, Olympus Mons (Latin for “Mount Olympus”) is a volcano that stretches 374 miles across and rises 16 miles high — about three times the height of Everest.

Olympus Mons’ approximately 120,000 square miles place it well ahead of the 100,000 or so square miles of Earth’s largest volcano, Tamu Massif. Meanwhile, this enormous Martian volcano has an elevation more than six times larger than those of Earth’s tallest volcanoes, Mauna Kea and Mauna Loa of Hawaii. In fact, the entire state of Hawaii would easily fit inside Olympus Mons.

Despite its size, Olympus is actually one of the younger volcanoes on Mars, having formed during Mars’ Hesperian period (approximately 3.1-3.7 billion years ago), with some parts of the mountain as new as just a few million years. Given its young age, relatively speaking, scientists believe that this volcano may still be active.

But if the tallest mountain in the solar system did erupt, it wouldn’t create the single gargantuan blast you might imagine. Olympus Mons is what’s called a shield volcano, which form over hotspots of molten lava and rather than erupt violently, their low-viscosity lava flows slowly but continuously over a longer period of time.

This steady stream of lava then hardens to form the volcano’s sides, which is why shield volcanoes have very gradual slopes. In fact, Olympus Mons’ average slope is only five percent.

Gently-sloping shield volcanoes like this one occur on Earth as well, with Mauna Kea and Mauna Loa among them. Of course, the sheer scale of Olympus is totally unlike anything on our planet.

Olympus Mons was able to grow so much bigger than any mountains on Earth and become the tallest mountain in the solar system because of the unique nature of the Martian surface. Mars has a lower surface gravity than Earth, which allows more lava to build up over time.

Mars also has very limited tectonic plate movement, which means that the surface does not shift after a volcano erupts, so volcanoes sit over their hotspots for a longer period of time.

That makes it easier for the lava to build up on top of itself, creating giant mountains far larger than those on Earth. On our planet, shifting tectonic plates eventually change position and lead to the creation of spread-out chains of volcanic islands as opposed to one huge mountain.

Discovering The Tallest Mountain In The Solar Sytstem 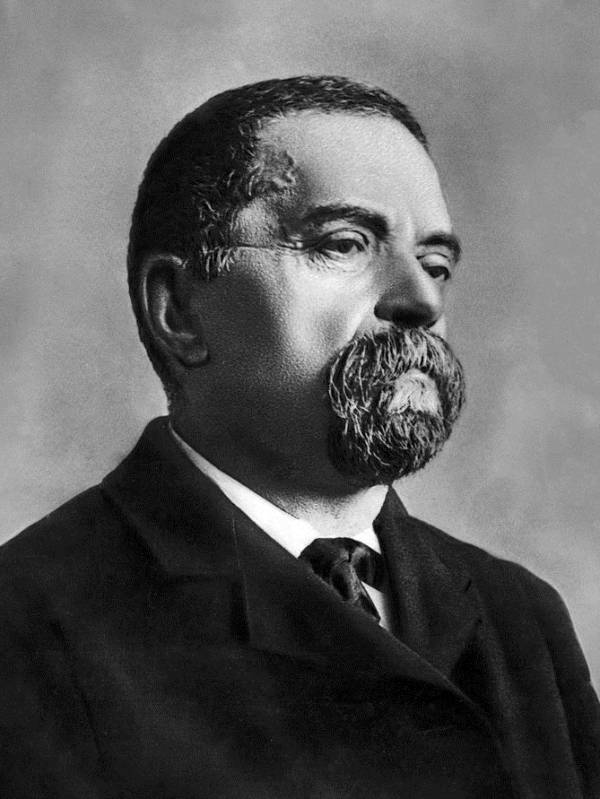 Because Olympus Mons is so large, it was visible to astronomers from as early as the late 1800s. The Italian astronomer Giovanni Schiaparelli studied the surface of Mars in 1877 and documented seeing what he believed to be channels or canals in addition to a lighter spot that he believed was the peak of something large.

As telescope technology advanced, he was able to determine that the canals were not the waterways he originally believed them to be, but the light spot he observed was indeed the top of a huge mountainous structure.

He named the structure Nix Olympica, which means “Olympic Snow.” Eventually, in 1971, NASA sent an unmanned probe named Mariner 9 into space to further explore the surface of Mars. It arrived on Mars on November 14 in the middle of a massive dust storm, but the images it captured and sent back to Earth showed that what Schiaparelli and others had believed to be the peak of a mountain was not only that, but also part of a massive volcano.

NASA then renamed the mountain from Nix Olympica to Olympus Mons to reflect the new discovery — and have been watching it ever since for a clue as to when it may next erupt.

After this look at Olympus Mons, the tallest mountain in the solar system, read up on Earth’s tallest peak: Mount Everest. Then, have a look at some interesting facts about Mars that will blow your mind.