This 10,000-year-old relief was found alongside other carvings at a site near Göbekli Tepe, widely considered to be the world's oldest known temple. 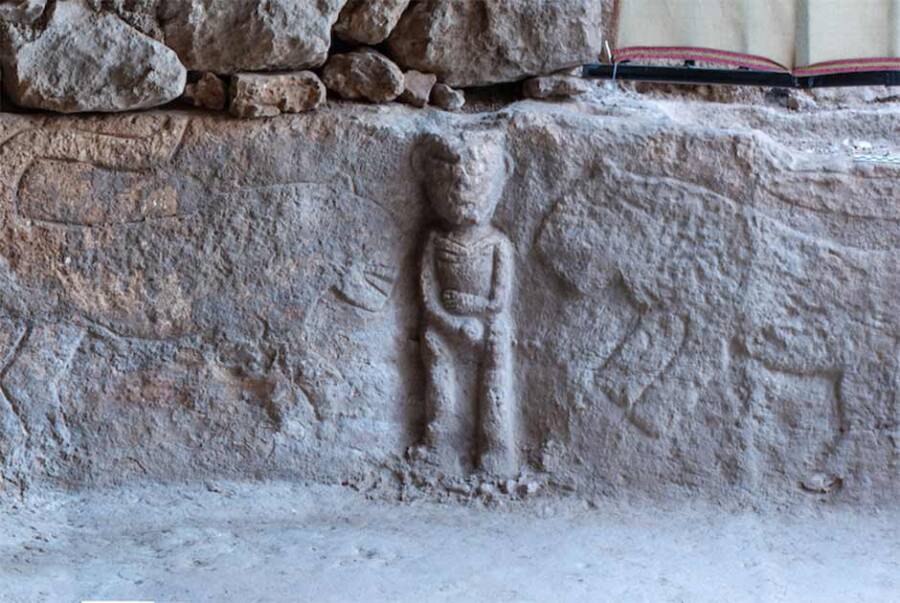 Bekir KöskerThe figure dates back to around 8,000 B.C.

Archaeologists from Istanbul University and the Şanlıurfa Archeology Museum who were investigating a site in southeastern Turkey have come across an intriguing find: a stone carving of a naked man with one hand on his stomach, and the other grasping his crotch.

The carving was uncovered at the Sayburç site in Şanlıurfa, a part of the Taş Tepeler or “Stone Hills” region. Archaeologists were first alerted to the site earlier this year when experts at the Şanlıurfa Archeology Museum learned that local villagers were using blocks from obelisks for their garden walls.

Upon investigating the site, which dates back to 8,000 B.C., they came across the carving of the man holding his crotch. Carved into the ruins of an old building wall, the figure appears on the front of a bench. He’s nude except for a collar or necklace — a common motif in Neolithic figures in the region — and he holds his penis in his right hand, with his left hand placed on his stomach.

Though perhaps the most striking part of the carving, the penis-holding man is not alone. He’s surrounded on both sides by fierce-looking leopards, who face him with their mouths open and their teeth bared. To the west, another naked man appears.

Depicted sideways — and identifiable as a man by his erect penis — he appears facing a bull. Curiously, this man has six fingers on his left hand and is holding a snake upside down in his right hand. 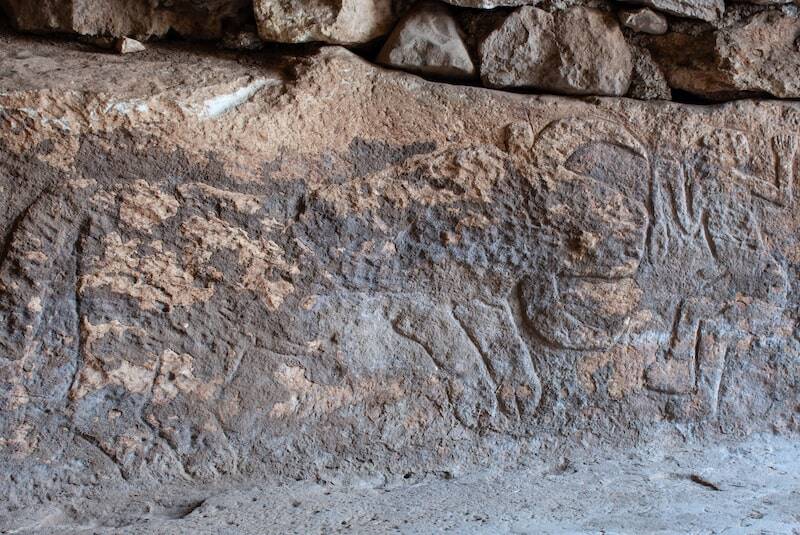 Archaeologists have not said much about what these crotches mean, or how early people might have once used the building in Sayburç where they were found. But crotches appear throughout human history — across geographies and cultures — and, indeed, appear often in our own time, sometimes without warning.

These symbols were thought to represent fertility and potency. As such, the stone relief of the man holding his crotch possibly played a cultural role in the lives of early people living in the region.

The region itself, Taş Tepeler, is rich with clues about early human history. It’s home to twelve prehistoric sites including Göbekli Tepe, which archeologists consider the oldest known temple in the world. Built some 12,000 to 11,000 years ago, it predates Stonehenge by 6,000 years and suggests that early humans developed religion before agriculture.

Other ruins in the region are believed to represent the first sedentary human settlements, as well as the first examples of how early humans developed organized and specialized labor. As such, there’s much more to learn in Taş Tepeler about how early people lived, worked, and worshiped.

And maybe the Neolithic carving of the man holding his crotch can help answer some questions. Why was he constructed? What was the significance of his nudity, his collar, his penis, and the leopards that surrounded him? What about the six-fingered man holding a snake and facing a bull?

For now, these stand as just some of the many questions surrounding Taş Tepeler — questions that go back to the very root of human civilization.

After reading about the Turkish carving of the man holding his phallus, learn about the colorful stone-cut Roman tombs unearthed at the Blaundos necropolis. Or, learn about the bizarre Neolithic burial site of Cueva de la Dehesilla, Spain, which contained human and goat remains.