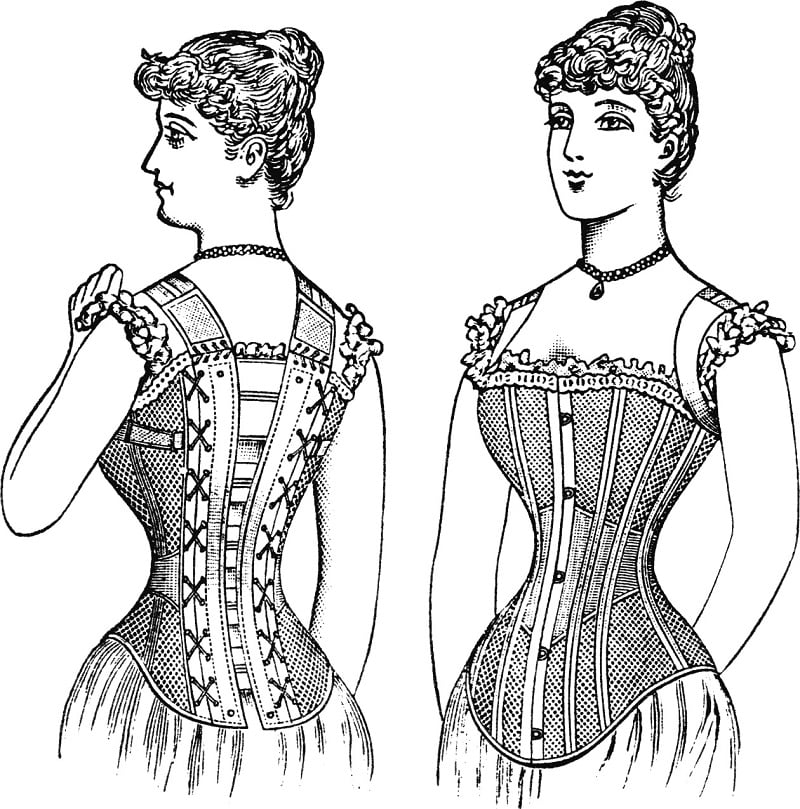 When one thinks of uncomfortable women’s fashions throughout history, most people jump to the corset. Originally developed in ancient Greece, women wore laced body braces that were tightened about the waist in order to create the illusion of an hourglass figure. For several centuries, women pushed the limits of osteological strength, attempting to shrink their waists to an ideal 16 inches, some getting as small as 14. 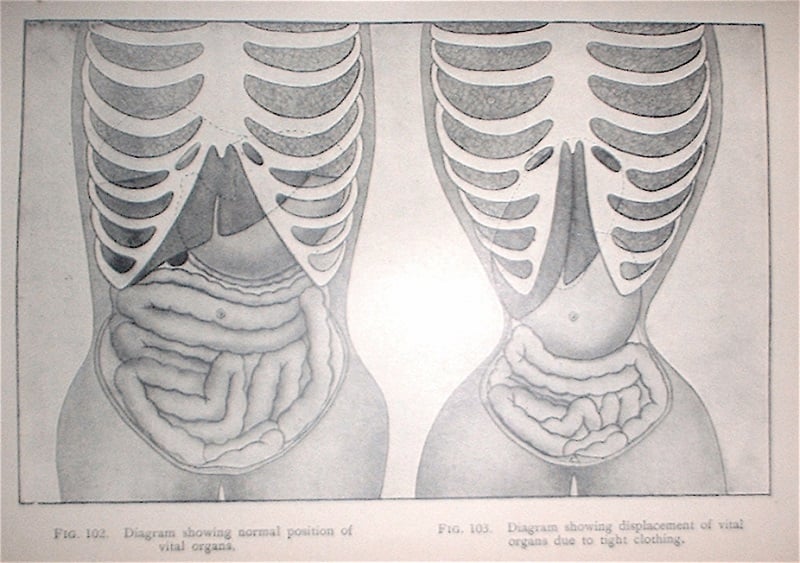 There was a serious consequence to repeated use of the corset that is as horrifying as it is obvious. If the wearer didn’t simply shatter her ribcage in the process, the woman potentially faced suffocation in the name of fashion. Also, as a corset-donning female made her corset tighter, she was basically herniating her intestines into the rest of her lower abdomen. A female impersonator even died onstage due to the unbearable stresses of the corset.

In a society that demands a physically impossible standard of beauty, it is an unfortunate reality that some will push their limits beyond the breaking point. However, in the quest for an hourglass figure, the corset may have been the safer option over the alternative. 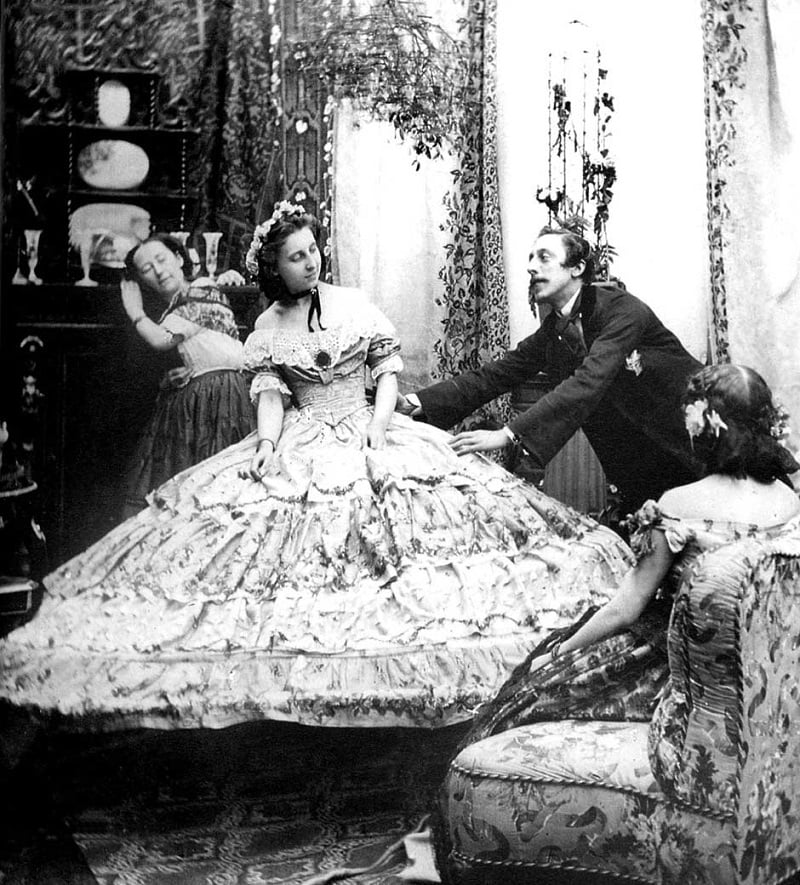 For those who identify the corset as a torture device, a somehow deadlier shortcut to an hourglass figure was available in the scaffolded hoop skirt. In hindsight, the slow death of the corset might have been favorable to the many drownings and immolations reportedly caused by the gargantuan waist umbrellas. Due to the material required, the act of making one was expensive enough. Getting into it was no easy task, either. 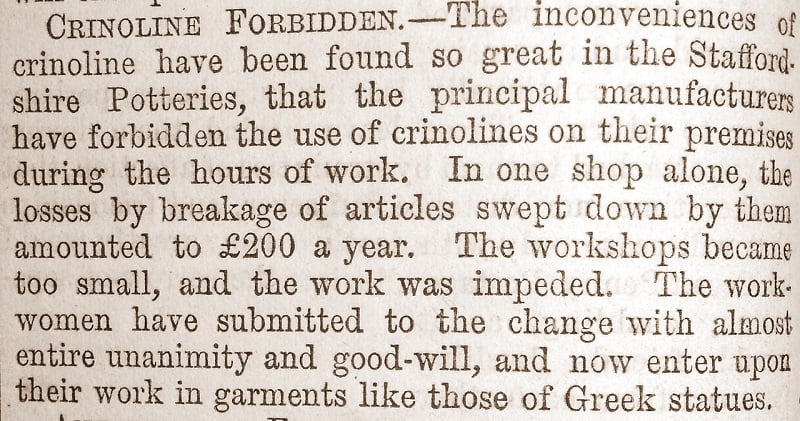 Their hips exaggerated, women sporting the wooden skirts had a tendency to knock over candles and gas lamps, lighting their garments ablaze. Others were swept off piers by strong gusts, inevitably drowning under the weight of their steel-rung, highly absorbent dresses. In a tragically avoidable freak accident, the crinoline was responsible for the deaths thousands when the panicked attendees of a Chilean church clogged the only exit with steel-reinforced hoop-skirts. Like the corset, the hoop skirt would remain fashionable for centuries until the 1920’s, when changing gender roles would popularize the straight chemise of the groundbreaking flappers. 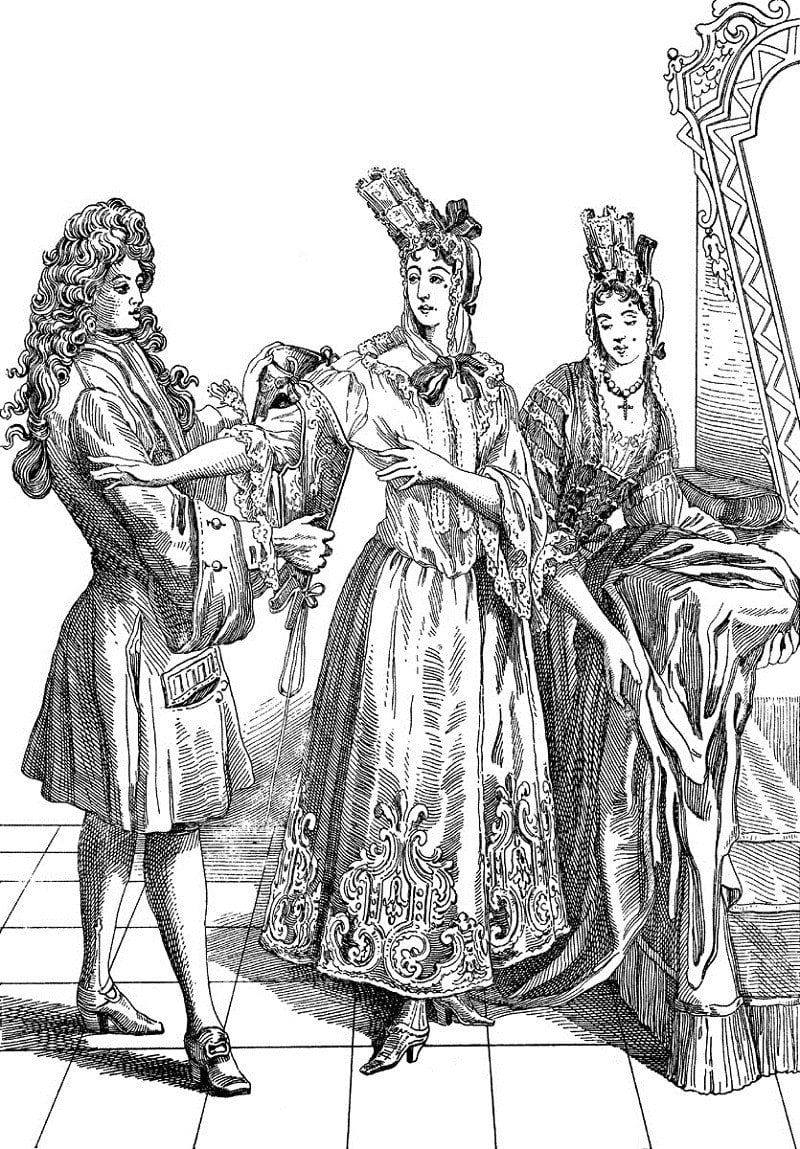 Big hair is hardly a recent development in fashion, but the heights to which people would go in order to achieve a sufficiently voluminous coiffe have taken some ridiculous–and even fatal–turns. Originally donned by Louis XIV of France to cover his baldness, his wig-wearing sycophantic court introduced the self-conscious-induced fashion to the masses.

Because powdering and maintaining wigs were both time- and wallet-consuming activities, powdered wigs quickly became a status symbol across Europe, worn only by the richest and most important citizens. It would probably still be popular today, that is if wearing one hadn’t been a one-way ticket to the guillotine during the French Revolution. 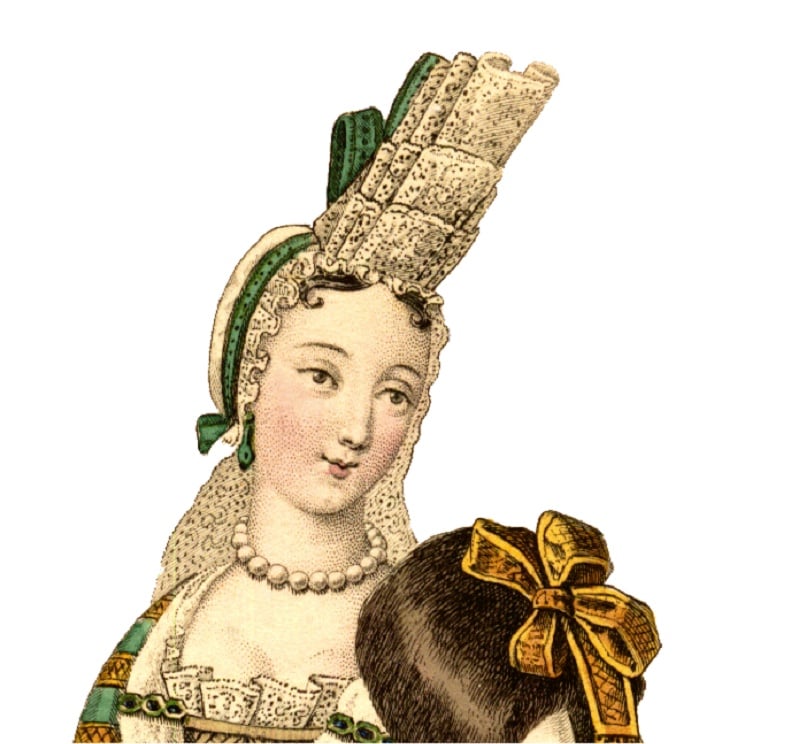 There didn’t need to be social unrest, however, for the big wig to get anyone killed. Disgraced aristocrats and high-reaching peasants would often wash their wigs less stringently, resulting in the perfect breeding grounds for plague-carrying rats and fleas.

The female varieties of the powdered wig were usually done up and decorated with jewelry and ribbons, dubbed the wig’s fontange. Since candles were still the only form of artificial light, ladies with particularly extravagant fontanges would light their heads on fire, sometimes too proud to remove their status symbols as the fire consumed their very skulls.