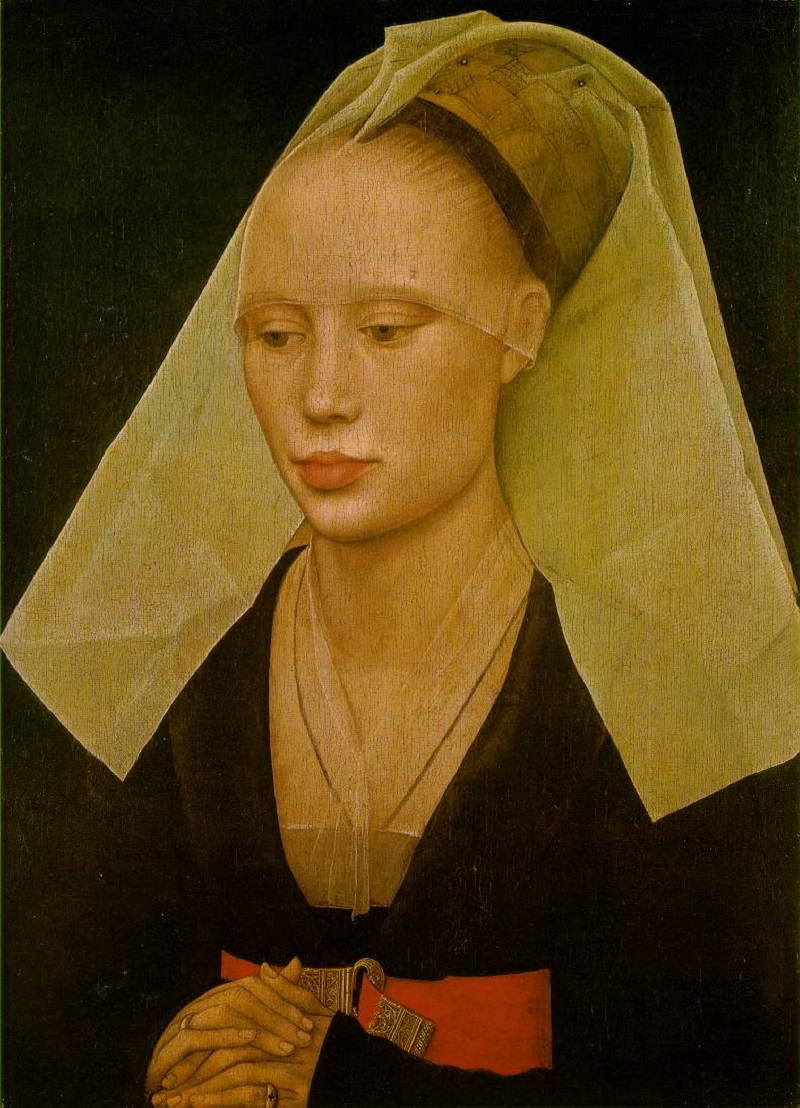 There are many arbitrary customs regarding hair across cultures, from acceptable beard types on men to smooth legs on women. Hell-bent on finding ways to distinguish themselves from lower classes, rich women would spend hours every day removing eyebrows, eyelashes, and even their hairline.

Somehow this standard of beauty continued for centuries, starting around the fall of Rome all the way into the Elizabethan Era. At least it made wearing those wigs a bit easier. It may seem like an outrageously uncomfortable standard for women to endure for around a thousand years, but the only other fashion trend to last that long has an exponentially darker history. 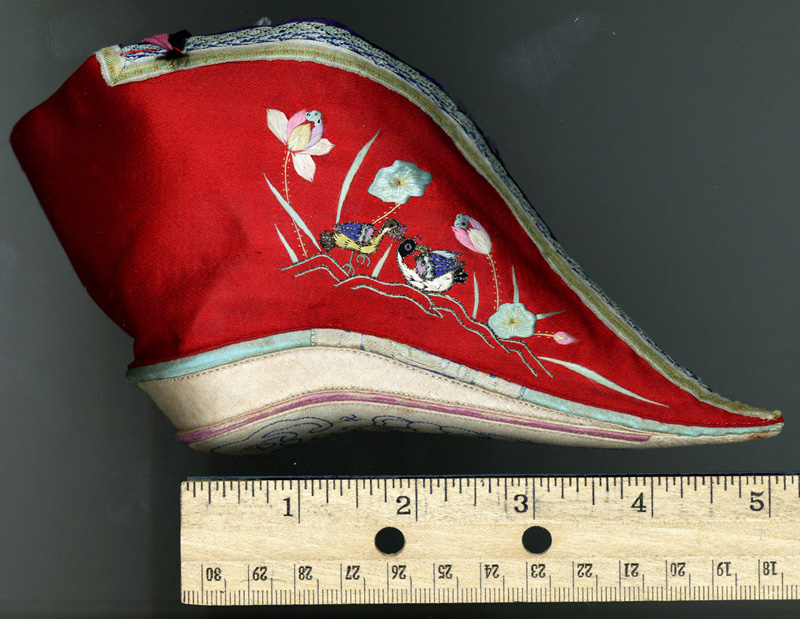 Foot binding is one of the most notorious fashion trends from any culture in any era. For over a millennium, Chinese families would repeatedly break and fold the feet of their infant daughters in order to increase her marriage eligibility and emphasize their wealth. 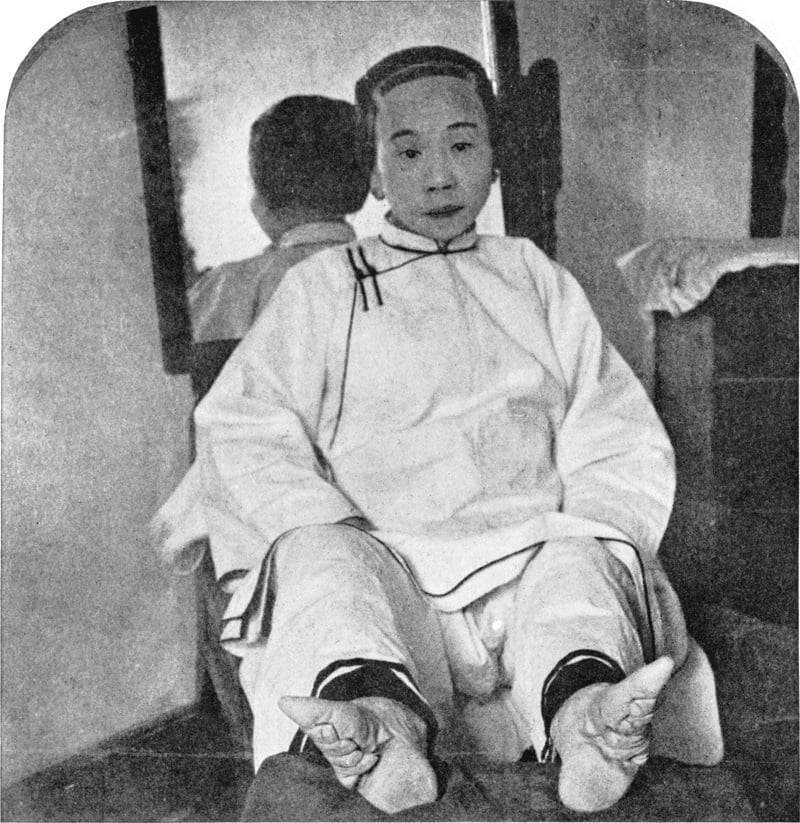 That, however, was one of the few–if any–”uplifting” facets in the life of a woman with bound feet. The binding was so tight that often it would cut off circulation, resulting in gangrene. At the time, though, this was seen as fortuitous as gangrenous toes would eventually fall off and make the foot even smaller.

Life-threatening hazards aside, the practice remained effectively unquestioned until the late 19th century, when an unholy trinity of Christians, feminists, and social Darwinists combined their many varied objections to sway public opinion towards forbidding the practice. It was finally outlawed in 1949. 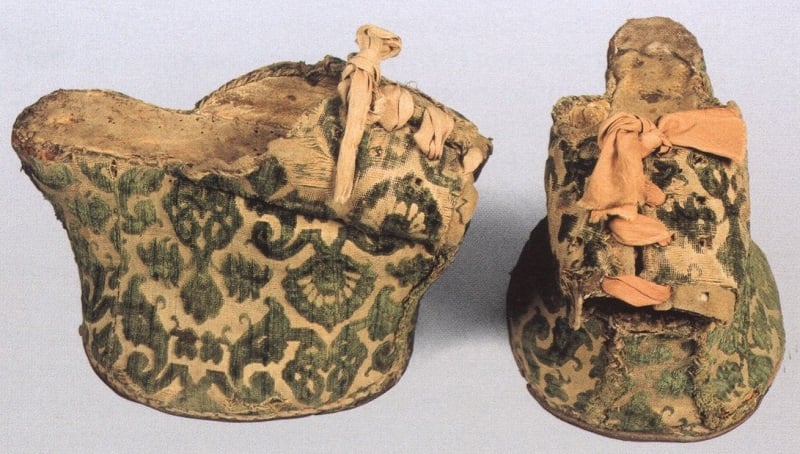 Source: Arts And Sciences Of The Middle Ages And Renaissance

While platform shoes were some of the most extravagant fashion statements of disco, artificial lengtheners have been in and out of style since the Renaissance. Before high heels arrived on the scene, affluent women propped themselves up on wooden chopines. By the looks of it, the chopine was a beginner’s practice stilt, but in reality they were strapped on to keep garments from getting muddy. 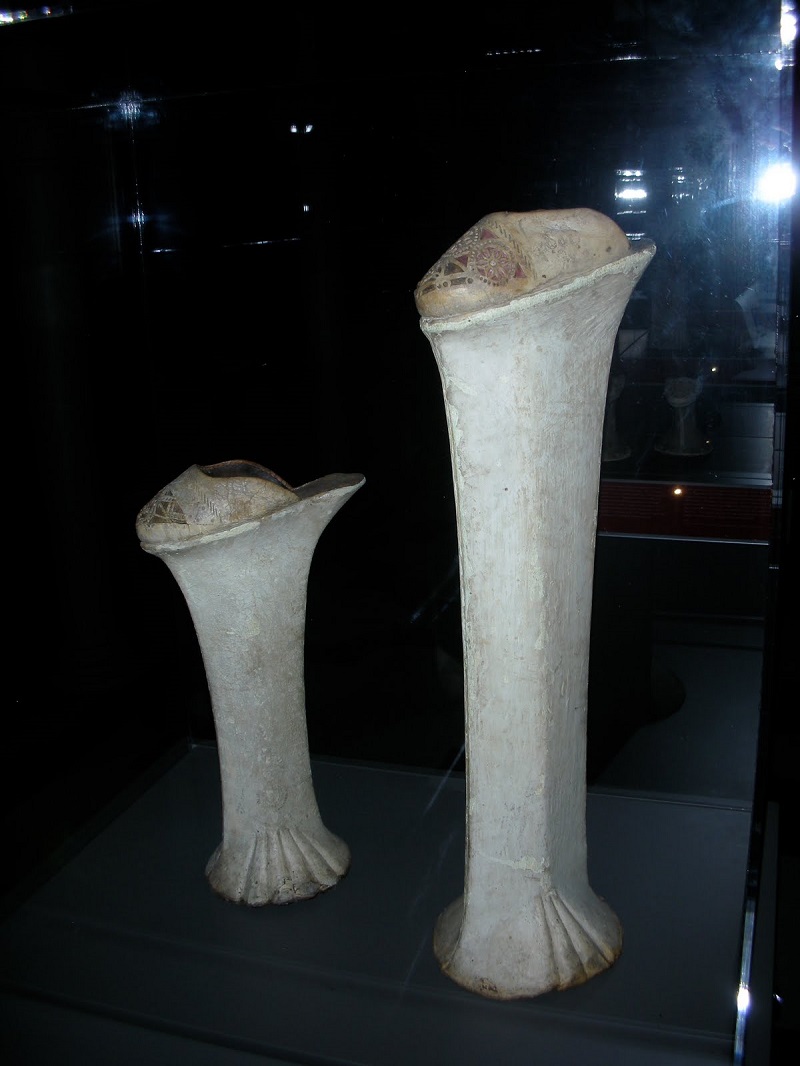 They first appeared as a fashionable shoe in Venice at a fairly modest size, and soon became a must-have item among affluent women. It wasn’t long before wealthier women had their chopines lengthened by whole feet to distance themselves from the dirt and highlight their elevated socioeconomic class. Chopines became decadently designed, adorned in silk and engraved with intricate patterns, as if literally propping oneself up a few feet above mere mortals were lacking in proper metaphor.

They were so identifiable a status symbol that Shakespeare even made reference to them in Hamlet, where with mocking praise the play’s protagonist uttered, “your ladyship is nearer to heaven than when I saw you last by the altitude of a chopine.”

As impractical as a three-foot platform shoe may seem and is, chopines remained popular throughout the Renaissance until a rejected man’s shoe, a regular flat with an elevated heel, offered the same social smugness without requiring the wearer to awkwardly stomp about.

If you enjoyed this article on the cruel history of women’s fashion, be sure to read the weirdest fashion trends in history and the dumbest diet trends!