Delegates from 189 countries coalesce at the U.N. this week to call for the illegalization of cultural appropriation. 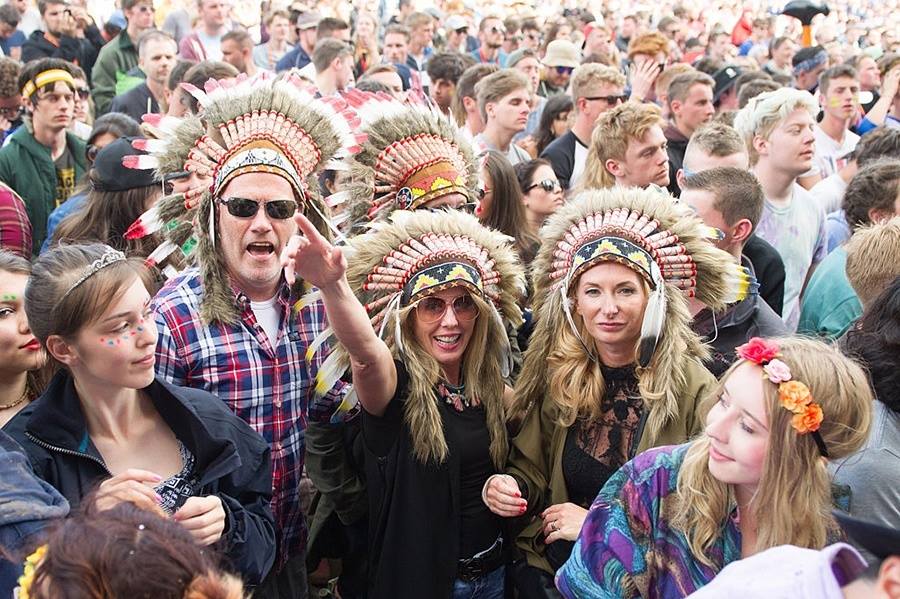 Traditional headdresses and indigenous-inspired garb have become something of a fixture at music festivals like Coachella over the past several years — and now indigenous advocates are meeting in hopes of putting a stop to it.

This week, delegates from 189 countries have traveled to United Nations Headquarters in Geneva to demand a ban on the appropriation of indigenous cultures, the Canadian Broadcasting Company reported.

The delegates make up a special committee of the World Intellectual Property Organization called the Intergovernmental Committee on Intellectual Property and Genetic Resources, Traditional Knowledge, and Folklore (IGC). Over the years, the committee has sought to broaden the meaning of intellectual property regulations to include elements of indigenous culture, such as design and dance.

In 2014, the committee solicited Anaya, an indigenous person himself, to conduct a technical review of its draft and assess its correspondence within international human rights frameworks.

This week’s meetings represent the culmination of 16 years of work — work which, according to some indigenous leaders, has been an onerous process that may not yield the fruits they had hoped.

“We are only halfway through 2017 and yet the number of occurrences of misappropriation happening to Indigenous Peoples in all regions of the world seems relentless with no relief in sight,” Aroha Te Pareake Mead, a member of the Ngati Awa and Ngati Porou tribes in Wellington, New Zealand, said.

In general, indigenous people have contended with acts of cultural appropriation on an individual, case-by-case level. For instance, in 2012 the Navajo Nation sued clothing retailer Urban Outfitters for the sale of Navajo-themed products without first seeking the permission of the Navajo tribe. The tribe, which trademarked its name in 1943, reached a settlement with the retailer in November of 2016. But beyond violating trademark law, critics of Urban Outfitters’ decision took primary issue with the company’s taste — or lack thereof.

“There is nothing honorable or historically appreciative in selling items such as the Navajo Print Fabric Wrapped Flask, Peace Treaty Feather Necklace, Staring at Stars Skull Native Headdress T-shirt or the Navajo Hipster Panty,” Sasha Houston Brown of the Santee Sioux Nation wrote.

“These and the dozens of other tacky products you are currently selling referencing Native America make a mockery of our identity and unique cultures.”

Just this week, U.S. designer Tory Burch said she would change the description of a coat from her women’s line, which she had described as African-inspired. According to the individuals who balked at this description, Burch was appropriating a traditional Romanian garment.

According to the committee members, these events transcend borders and thus necessitate a global response. And yet, Mead says, the response never seems to come.

“We asked the international community to help deal with a problem that traverses international boundaries and are still waiting.”

Next, read up on the cutting-edge Native American fashion that has nothing to do with headdresses.