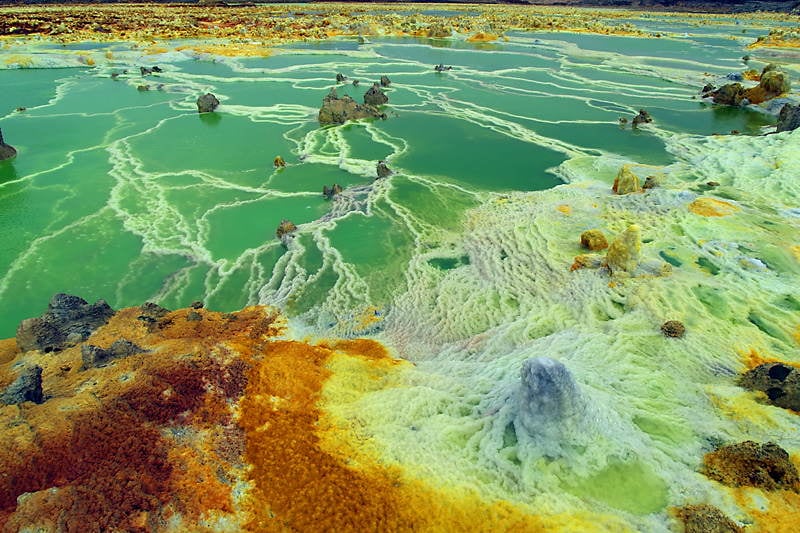 If Verkhoyansk is the coldest city in the world, then Dallol, Ethiopia is the antithesis. Located five hours outside of Ethiopia’s center in the Danakil Desert, Dallol is known by locals as “the Gateway to Hell”. It’s an apt title for the hottest inhabited place on Earth, where temperatures in summer reach up to 148 degrees Fahrenheit.

Average temperatures hover around 94 degrees Fahrenheit, but that’s of little relief to the locals. To add fuel to fire, the rugged region is a revelation of salt flats, active volcanoes and regular earthquakes. Unsurprisingly, given the settlement’s inhospitable climate and lack of infrastructure, it has been dubbed a ghost town as evidenced by this video: 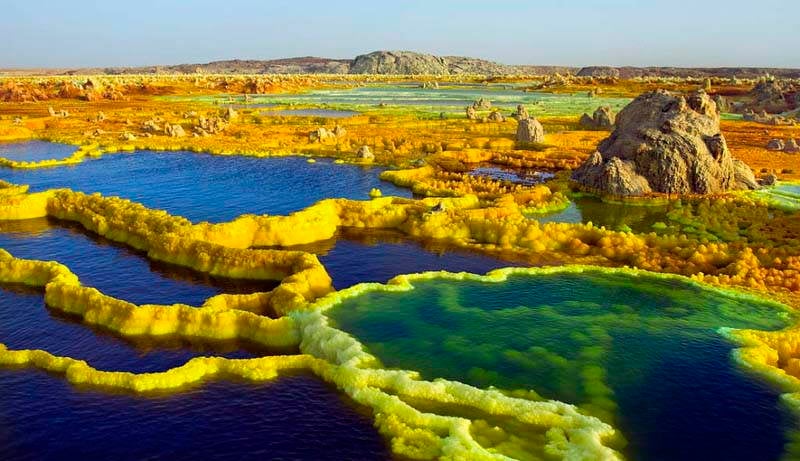 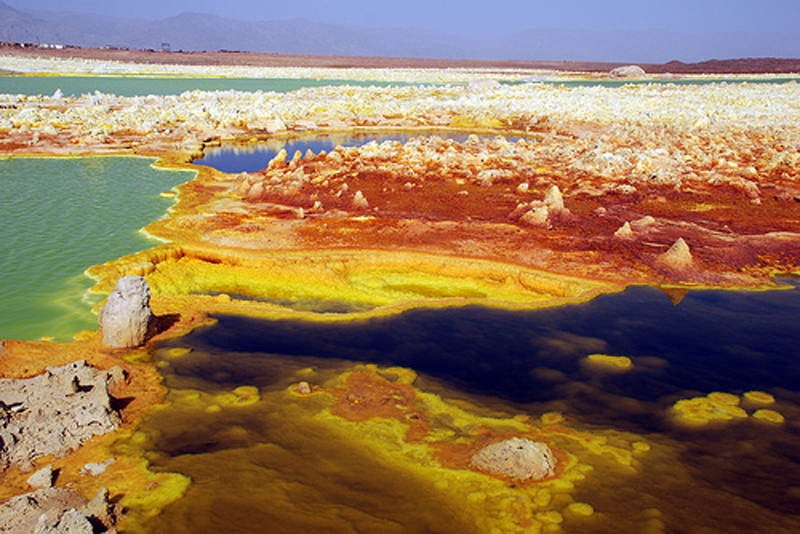