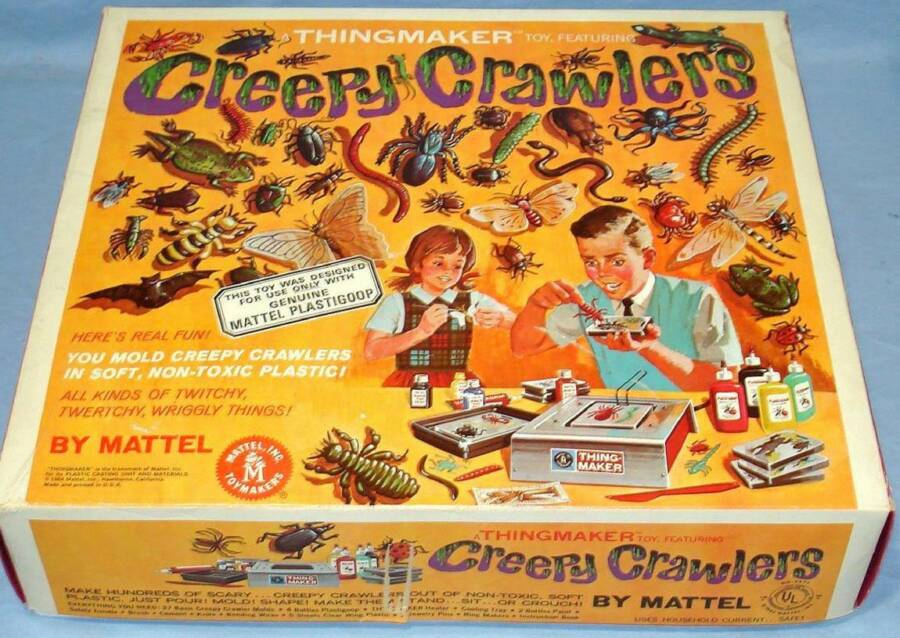 If you’re a Millennial or member of Generation Z, there’s a good chance you remember Creepy Crawlers. That is, the safe version that was re-released in the 1990s — after the original toys were found to be too dangerous for children.

While the materials and safety measures changed, the premise of this children’s toy, originally released in 1964, never did. That’s when Mattel introduced the “Thingmaker.” Comparable to an Easy-Bake Oven, the set allowed kids to make disgusting little creatures by heating up “Plasti-Goop” in a very hot little oven.

The metal molds holding this arbitrarily named material reached temperatures of up to 350 degrees Fahrenheit and caused burns in households across the United States. That wasn’t the only problem. The chemicals comprising the so-called goop were discovered to be too toxic to inhale.

Before this discovery, Mattel enjoyed huge success. The Thingmaker was followed by several spin-offs like the “Creeple People” and “Fighting Men” molds that allowed for different shapes to be made.

The children’s toy was so popular that it wasn’t fully discontinued until 1978. With palpable nostalgia for the throwback item, Toymax picked up the rights and gave Creepy Crawlers another try in 1992 with some new safety measures in place.

The safer version ditched the metal hot plates for plastic ones and used an oven heated by a lightbulb. However, customers reported missing one odd part of the original — the scent. 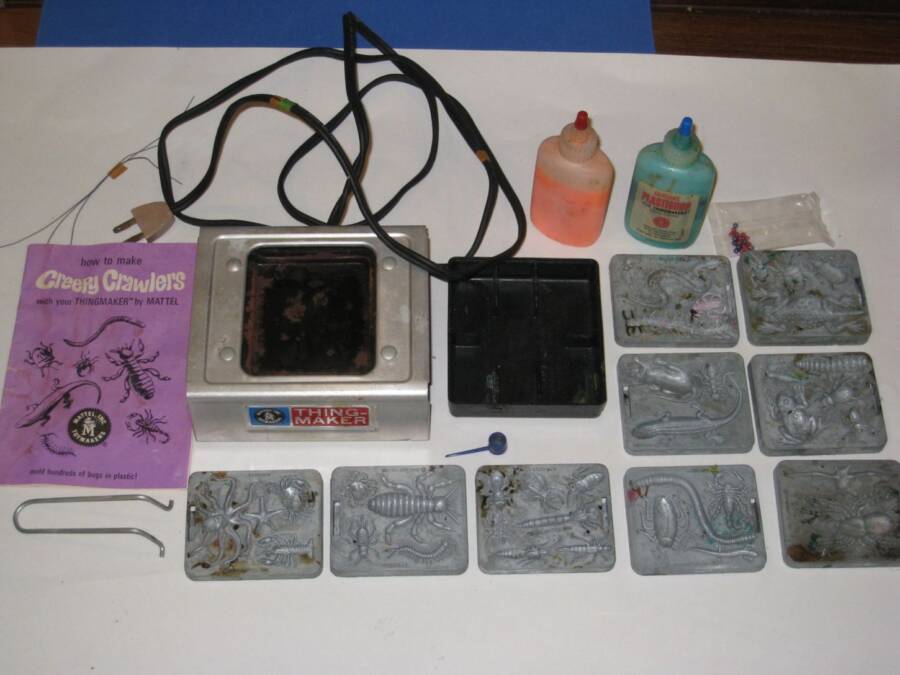 “We took out the aroma, but it didn’t sell, so we put it back,” said Toymax founder Steven Lebensfeld. “Now it smells the way it used to, and it’s selling again.”

The revamp was so successful that it spawned a TV show produced by Saban Entertainment, which made both Battletech and Mighty Morphin’ Power Rangers.

But in the end, nostalgia only lasts so long — Creepy Crawlers faded into obscurity by the mid-1990s.