The Dark History Of Mormonism — From Child Brides To Mass Murder

Despite what you may think, Mormon history is full of scandal, violence, and lies. 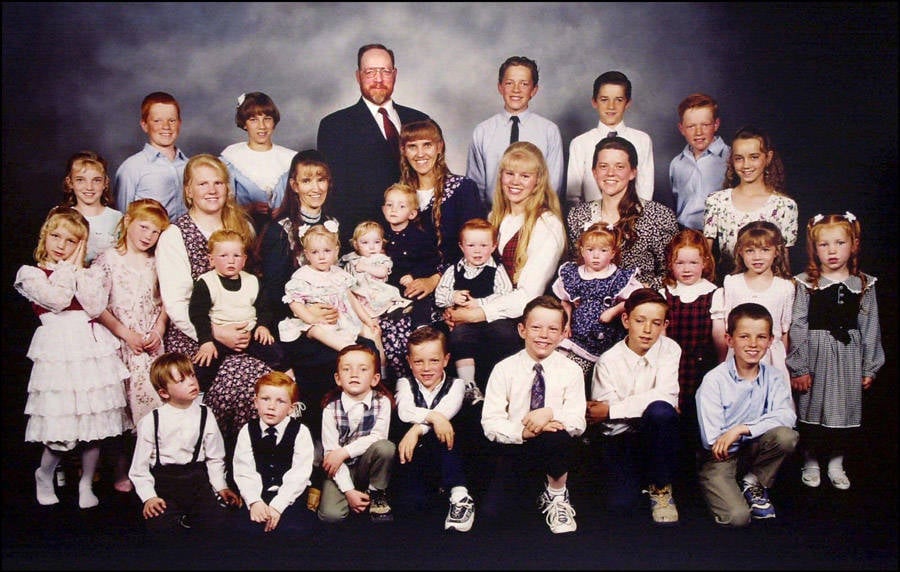 GAMMA/Gamma-Keystone/Getty ImagesPolygamy has always been entrenched in Mormon history. Here is Polygamist Tom Green, 52, who, at one point, had five wives and 35 children.

The Church of Jesus Christ of Latter-Day Saints was formally organized in New York in 1830 with the highest of goals: to teach and promote the Gospel of Jesus, with all the pacifism and general cheek-turning that should go along with that mission.

From the very start of Mormon history, however, LDS church members found themselves involved in one violent confrontation after another with their neighbors, whom they referred to as “gentiles.” It wasn’t long before the first church adherents had to move their group.

Conflict followed them along the way, some of it inflicted on them, some of it dished out by them until the church found its new home and grew its numbers until it dominated the land it occupied.

Even then, many of the darker impulses that drive men to the top of a religious hierarchy remained and found expression in official church policies that the modern LDS church is still trying to live down. 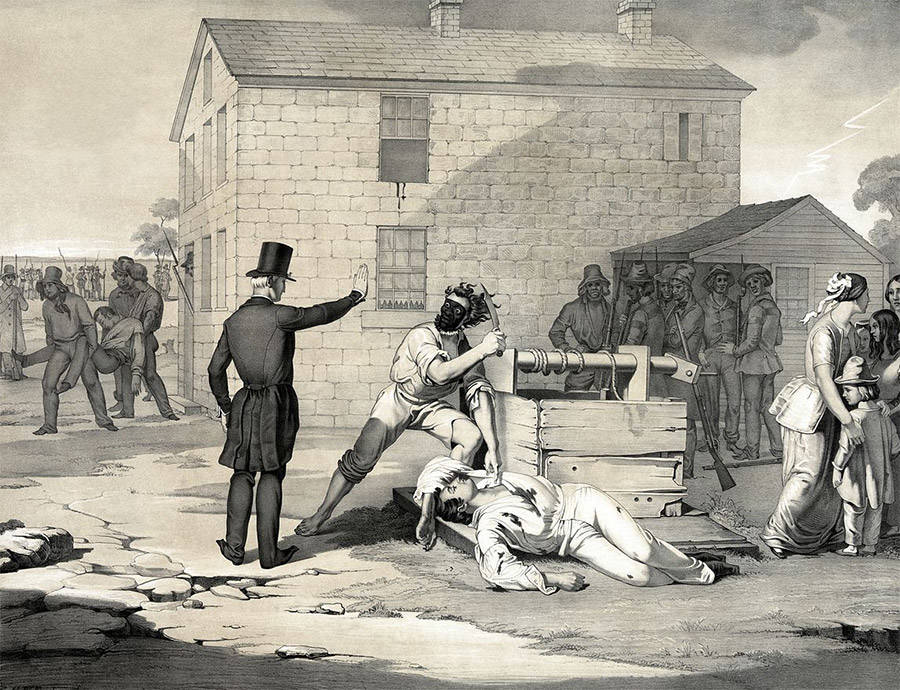 Wikimedia CommonsThis 1851 lithograph depicts one of the darker moments in Mormon history as Joseph Smith’s body is mutilated in the street.

Mormon history is largely a repeating pattern: LDS members form an insular community somewhere, buy and sell principally with each other and dominate the local economy and political scene, followed by harassment and violence from the area’s prior residents, leading to guerrilla warfare and the expulsion of the Mormons to a new territory, where it all started again.

After their trek out of New York, the Mormons settled in Jackson County, Mo., which their leader Joseph Smith had identified as the site of the new Zion, a “center place” he hoped to build before the imminent end of the world.

Jackson residents were understandably wary of this sudden influx of thousands, and by 1833 they had forced the expulsion of LDS members to areas farther east, near the center of the state. There, in 1838, trouble began again, as LDS members were heard speaking openly about “enemy” land coming under the control of their church and preaching sermons about “exterminating” gentiles occupying the Holy Land of Missouri.

Residents retaliated by putting a measure on the August ballot to prevent Mormons voting or owning land outside of Clay County. This led to a brawl at a polling station and multiple confrontations between Mormon and non-Mormon lynch mobs.

By the middle of October, as the state militia was threatening to defect and join a mob laying siege to Mormons in De Witt, an armed Mormon militia rode down on the militia’s camp and drove off the men, killing one. Hearing of this, and thinking he had an insurrection on his hands, Governor Boggs issued the infamous Executive Order 44, authorizing the militia to drive off or kill every Mormon in the state.

After five years of underground warfare, locals were happy to oblige, and most of the Mormons were driven across the river to a new New Zion, Nauvoo, Illinois.

Before 1839, Nauvoo was a big swampy marsh and a tiny town called Commerce. The sudden influx of over 10,000 Mormons made it the second-largest city in the state overnight. More migrants arrived in the next few years from a Mormon mission in Britain, swelling the town’s population further.

When the commander of the Illinois State Militia converted to Mormonism, he was put at the head of the 2,000-member Nauvoo Legion, an armed fighting force that answered to “Lieutenant-General” Joseph Smith. Smith was also the president of the LDS church, chief justice of the municipal courts, and mayor of Nauvoo.

That authoritarian streak alarmed non-Mormon residents of Hancock County, as did the by-now-typical Mormon domination of local politics and the economy. By 1844, things had gone south again.

Smith had been using his position at the head of Nauvoo’s courts to deny extradition for Mormons accused of crimes in Missouri, including possibly an attempt on the life of Governor Boggs. This was also the time when Smith introduced polygamy as an official church practice, leading to a schism that saw a splinter group founding a newspaper critical of Smith.

When Smith sent the Nauvoo Legion to shut down the paper, non-Mormons in the area got legitimately scared of his unchecked power. Joseph Smith and his brother, Hyram, were arrested and held under guard in Carthage, Illinois, where a lynch mob attacked the jail and killed them both.

Open violence broke out between Mormons and their neighbors, which came to be known as the Illinois Mormon War. In January of 1845, Nauvoo’s town charter was revoked by the state legislature, whereupon the new leader, Brigham Young, created an informal theocracy called the City of Joseph.

Fighting continued on and off throughout the year until Young personally negotiated a truce to allow his people to peaceably evacuate the city. By the winter of 1844-45, as many as 15,000 Mormons had packed up their goods and hit what became known as the Mormon Trail west, to parts unknown.