The Mystery Of Lady Be Good, The American Bomber Lost In The Desert For 15 Years

One crew member of the Lady Be Good was found 200 miles away from the crash site. 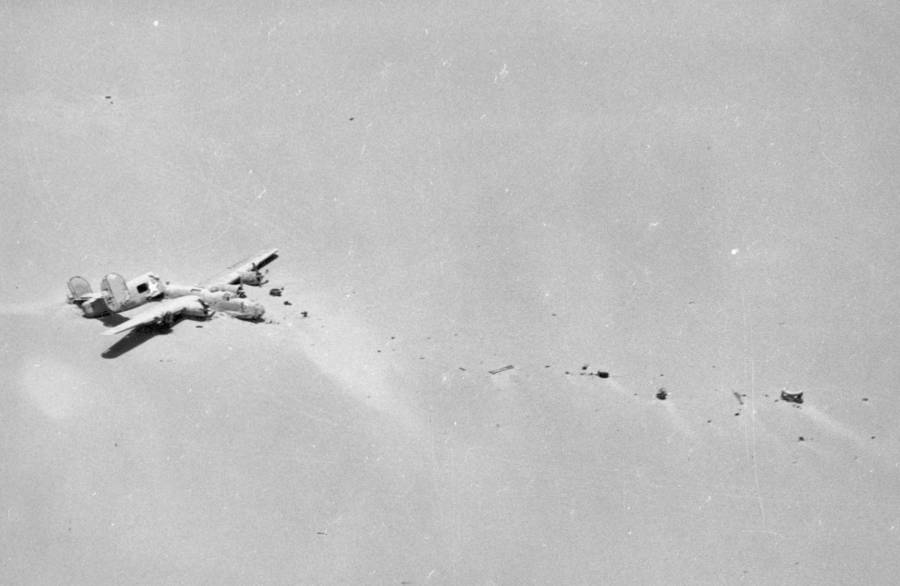 Wikimedia CommonsThe Lady Be Good as it appeared when discovered from the air. (U.S. Air Force photo)

You’d think that it would be difficult to lose a bomber that’s nearly 20 feet tall with a wingspan of more than 100 feet. But, that’s what happened to a U.S. bomber during World War II. For 15 years, a B-24D Liberator called the Lady Be Good was missing, and no one had the slightest clue what had happened to it. 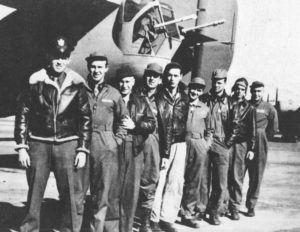 On April 4, 1943, Lady Be Good of the 514th Bomb Squadron in Soluch Field, Libya. The nine crew members responsible for the plane had also just arrived in the country, and their first-ever assignment was to join a squadron of more than 20 bombers and attack the harbor of Naples, Italy across the Mediterranean. After the mission, the bombers were expected to return back to their base in North Africa.

Upon departing Soluch Field on April 4, Lady Be Good immediately encountered high winds and reduced visibility due to a sandstorm. The aircraft nevertheless flew on to Naples, not willing to let something as simple as the weather keep them from doing their jobs. The plane made it to Naples, but it was already night time and they’d suffered a few technical problems with various gear.

They decided to return to their base in Libya.

Around 12 AM, Lt. William J Hatton radioed the base, saying that his navigation devices were not working. The base fired flares into the sky to signal its location, but Lady Be Good never arrived.

For the next 15 years, no one had any idea what ever became of the plane or its nine crew members.

It was not until 1958 that the mystery was finally solved. An oil exploration team spotted an aircraft hundreds of miles from Soluch.

It was Lady Be Good. 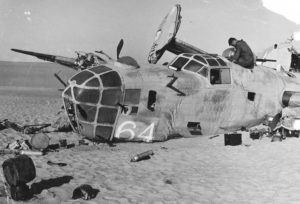 United States Air Force / Wikimedia CommonsThe wreck of the “Lady Be Good”, which was surprisingly intact.

In February 1960, the United States Army discovered the bodies of the crew members. Five of the crew’s remains were found 78 miles north of the crash site. A sixth was discovered 24 miles northwest of the first five. Meanwhile, a seventh crew member — Sgt. Rip Ripslinger — was found 26 miles away from Shelley.

The eighth crew member was not discovered until August 1960, while the last body was never found.

Evidence revealed that the crew had parachuted out of the plane. While one man fell to his death when his parachute failed to fully open, the rest survived for eight days in the desert. They attempted to head north to civilization in vain.

Parts of the wreckage of the Lady Be Good were brought back to the United States but most remained in Libya, where it sits to this day.

For more mysteries like the Lady Be Good, check out the only crime to happen on the South Pole, the unsolved murder of Rodney Marks. If you want to read about more shocking discoveries, then read about the discovery of Buddha’s remains.