The Dark History Of Mormonism — From Child Brides To Mass Murder 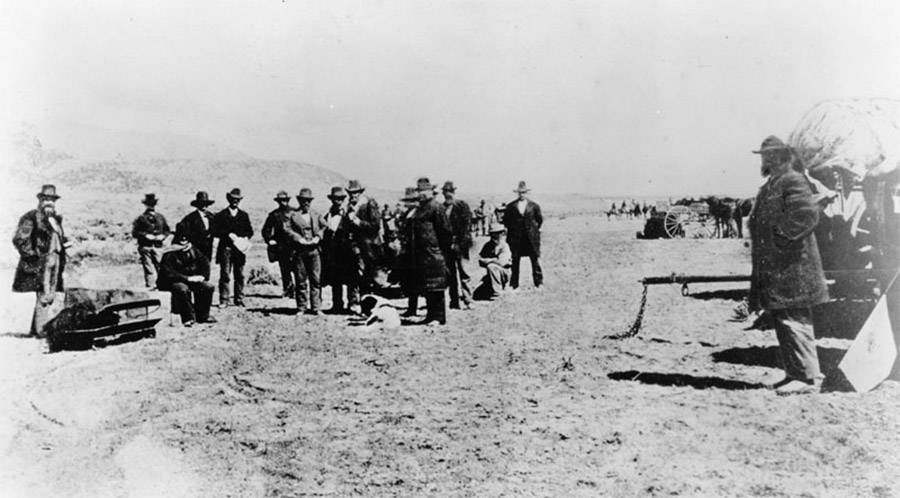 Wikimedia CommonsPhoto just before the execution of John D. Lee for his role in the Mountain Meadows massacre.

In the summer of 1857, a well-organized and equipped party under the command of Colonel Alexander Fancher set out from Arkansas for Southern California. Fancher had made this trip twice before, and he enjoyed a sterling reputation on the westward trails.

As planned, the Baker–Fancher party, as it was by then called, stopped for resupply at Salt Lake City before beginning the southward leg toward the Santa Fe Trail. Instead of being allowed to buy supplies in the city, as had always been done before, Fancher’s party was refused and sent away by hostile locals.

It was the 120 or so emigrants’ bad luck to arrive in Mormon country just as President Buchanan was threatening to invade to enforce federal law in the rogue territory. At this point in Mormon history, paranoia was high, and the church had been preaching doom at the hands of gentiles from the degenerate east. By all accounts, Fancher took the refusal in stride and led his party out of town in search of provender.

The later federal investigation ruled that members of the party had behaved courteously and well while in Deseret, which was to be expected for a group that may have been one-third children.

That courtesy mattered for nothing. Within days of leaving Salt Lake City, rumors were zipping up and down the trail about marauding gentiles looting farms and poisoning water supplies. The Nauvoo Legion, still intact from the Illinois War and loaded for bear, assembled under the command of William Dame and laid a trap for the party.

The mission seems not to have been authorized from the top – at least, Dame felt it was necessary to deflect blame for what he was going to do, so in a half-baked scheme to mislead investigators he formed a temporary alliance with a band of Southern Paiute and dressed his men in Native clothes.

They ambushed the party near Mountain Meadows and tried really hard to kill the emigrants without being spotted as white. This may have been the only time wagons actually circled for defense in the West, but the tactic worked and the quick ambush turned into a four-day siege.

Eventually, men of the Nauvoo Legion approached the settlers – who were dying of thirst – under a flag of truce and offered them protection “from the Indians” if they left immediately. The emigrants took him up on the offer, broke their camp, and were shot down as they filed past the Mormon militia.

In a final effort to cover up what he’d done, Dame ordered the killing by gun and Bowie knife of every emigrant over the age of seven. Seventeen children under that age were spared, to be adopted by local families.

The Civil War interrupted the federal investigation into what became known as the Mountain Meadows Massacre, but in 1874 an extremely senior Mormon man named John Lee stood trial for the murder of the 120 emigrants. Lee was convicted and executed by firing squad in Utah. He was the only man judicially punished for the massacre.