David Bowie Painting Bought At A Landfill For $4 Is Now Selling For $18,000

"DHead XLVI" was part of a 47-portrait series by Bowie and found at a thrift shop at the entrance to a landfill just outside Toronto. 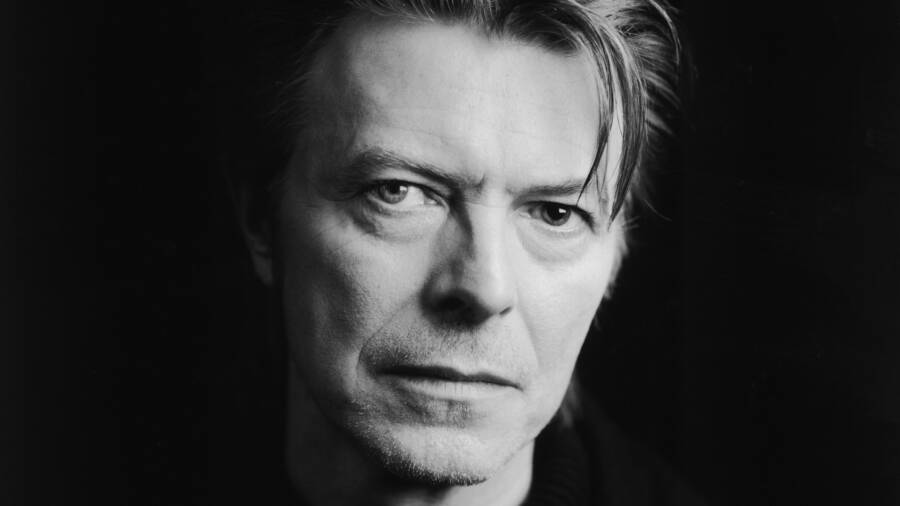 Flickr/stratopaulDavid Bowie died of cancer in 2016 at 69 years of age.

David Bowie was an artist of astronomical talent. The singer modified his musical persona for decades, influencing both fashion and music itself in the process. Unaware he also painted, somebody donated a portrait of the late singer to a Canadian thrift store in 2018. Bought for $4.10, it’s now selling for at least $18,000.

Unfortunately for the individual who parted with the piece, David Bowie’s signature glaringly adorns the back of the 9.75 by eight-inch canvas. It also bears a description that reiterates the artist’s name and classifies the work as an “acrylic and computer collage on canvas” from 1997, according to CNN.

That date places the painting, titled “DHead XLVI,” at the tail end of a 47-portrait series David Bowie painted between 1995 and 1997. According to The Smithsonian, none of this seemed to be known to its former owner, while one unidentified woman couldn’t believe her luck at discovering the piece at an Ontario landfill donation center.

“The painting itself caught their eye,” said Rob Cowley, president of auction house Cowley Abbott, about the painting’s lucky owner. “They thought it was an interesting painting before they turned it around…There’s a label on the back and it quite clearly identifies the work, so she of course wondered if it could be authentic.”

Cowley contacted David Bowie artwork authenticator Andy Peters to confirm as much. He “knew what it was straight away,” revealing it as part of Bowie’s Dead Heads or D Head series. On auction until June 24, the initial estimates hovered around $9,800 — but are already at $18,000 at the time of this writing. 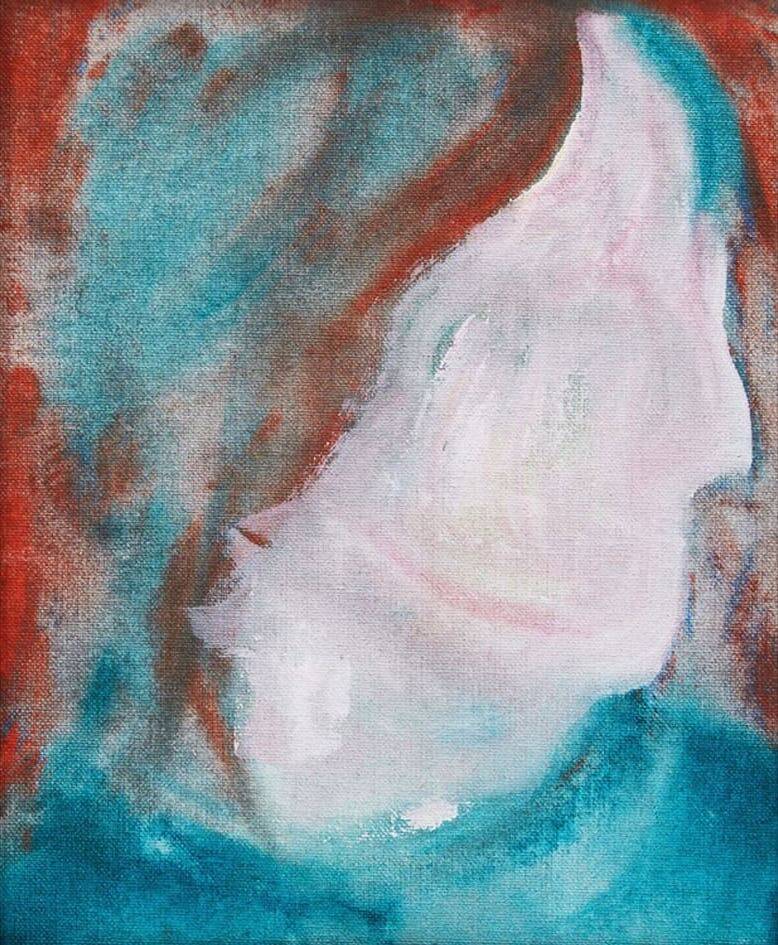 Cowley Abbott “DHead XLVI” is the 46th of 47 paintings in the Dead Heads series.

The donation center where the painting was found was set up at a landfill in South River, three hours from Toronto, last summer. While the back of the portrait includes a label from a London framing company that used to work with Bowie before it went bankrupt, the woman who spotted the piece was merely a citizen and no collector.

Fortunately, she contacted Cowley in November 2020 in order to verify what she had in her hands. As a man who has collected the works of David Bowie since 1978, Peters was the right person for the job. He even began authenticating the singer’s signature in 2016 after Bowie died of cancer — hoping to thwart fakes.

“I did not need to see the autograph on the back because I knew, but obviously the signature sealed the deal,” said Peters. “The confusion lies in that he changed his signature so much during his 55-year career, but there are certain nuances in every single autograph that forgers cannot replicate.”

The Dead Heads series depicts the faces of Bowie’s friends, relatives, and fellow musicians. As is the case with all portraits in that series, it’s unclear who the subject of “DHead XLVI” was — and likely will remain so. What is clear, however, is that ocean blue and formless face are entrancing. 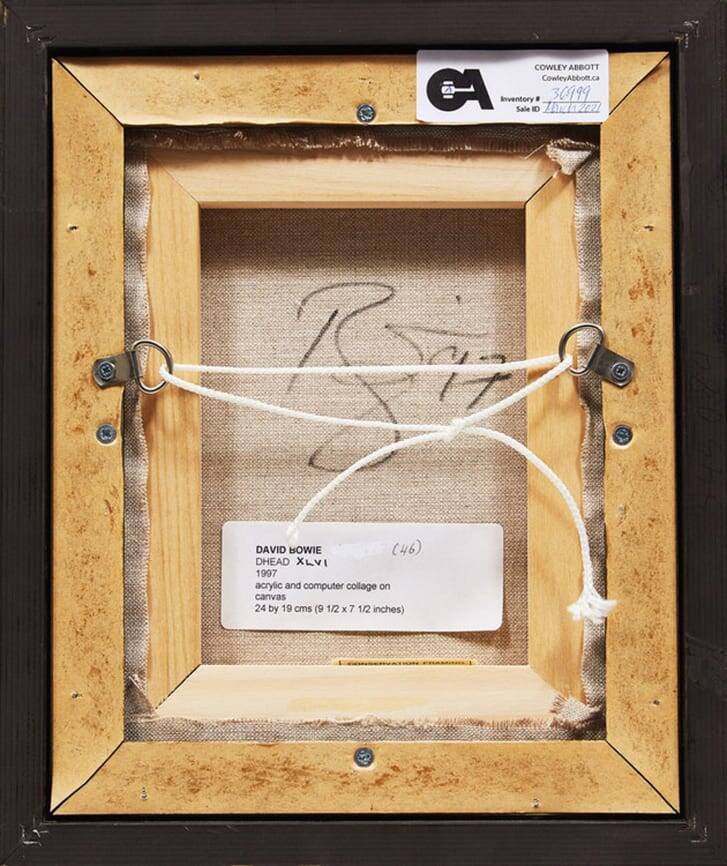 Cowley AbbottThe back of the painting clearly reveals the artist, to the sure chagrin of its former owner.

David Bowie was famously one of the most impactful artists of his time, but didn’t limit himself to music. From feature film performances in Labyrinth (1986) and The Prestige (2006) to exhibiting artworks like paintings and sculptures, the man was creatively prolific and attended art school in his youth.

Those most passionate about his music naturally recall Bowie’s Ziggy Stardust era, which essentially saw the singer mold into a glam-rock alter ego with cosmic influence. It’s no industry secret that icons like Prince or Madonna who followed in his footsteps learned the value of constant reinvention from Bowie himself.

As for this particular painting, Peters claimed he actually remembered it being sold on a long-gone fan-site of Bowie’s artwork about 15 years ago. In glaring demand, the piece is Bowie’s penultimate work of the 47-portrait series, with Cowley Abbot spokeswoman Andrea McLoughlin noting traces of his Ziggy Stardust era.

“The sitters ranged from band members, friends and acquaintances and there were also some self-portraits,” she said. “It has been suggested that, for some of these important paintings, Bowie drew inspiration from the Ziggy Stardust era.”

“With long hair and a pronounced profile, this energetic and enigmatic portrait is truly a rare representation from a celebrated artist.” 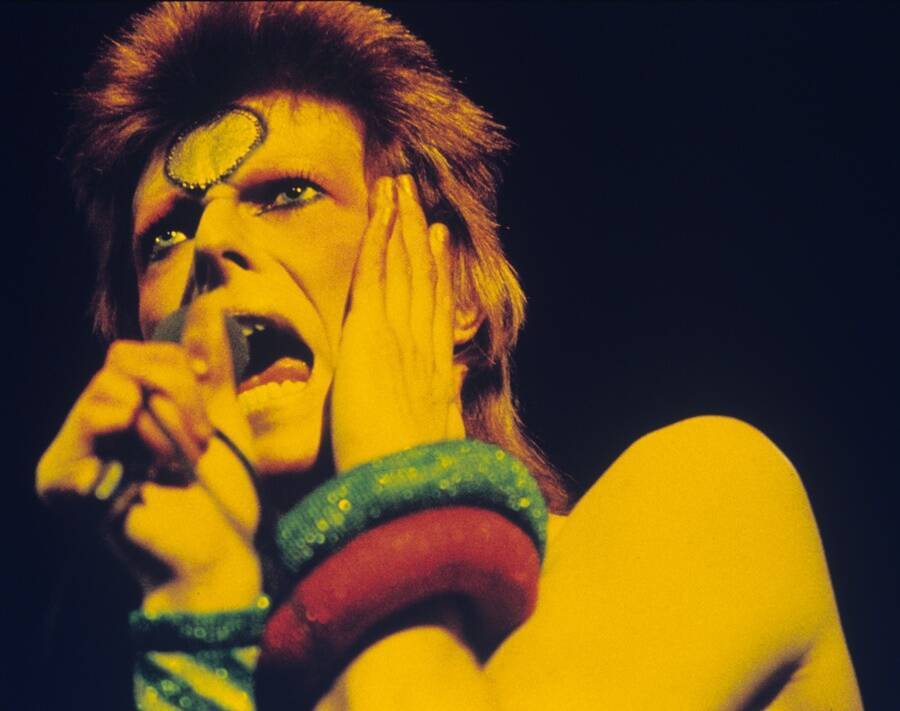 Gijsbert Hanekroot/Redferns/Getty ImagesAnother David Bowie painting in the same series was auctioned in 2018 — for $27,500.

Only the basics are currently clear. Art collectors and David Bowie authenticators have confirmed the piece as number 46 of 47 of a series seemingly inspired by 20th-century German art collective Die Brücke. As for the portrait’s actual subject, those particular answers remain ethereal.

“In this case, even the gender is difficult to discern because it doesn’t have any facial features besides the side profile,” explained Cowley. “It’s quite a striking portrait, but it’s very difficult to say who it might be.”

After reading about the David Bowie painting on auction for more than $18,000, learn about the invisible sculpture that sold for $18,300. Then, read about the Nazi Enigma machine auctioned for $200,000.