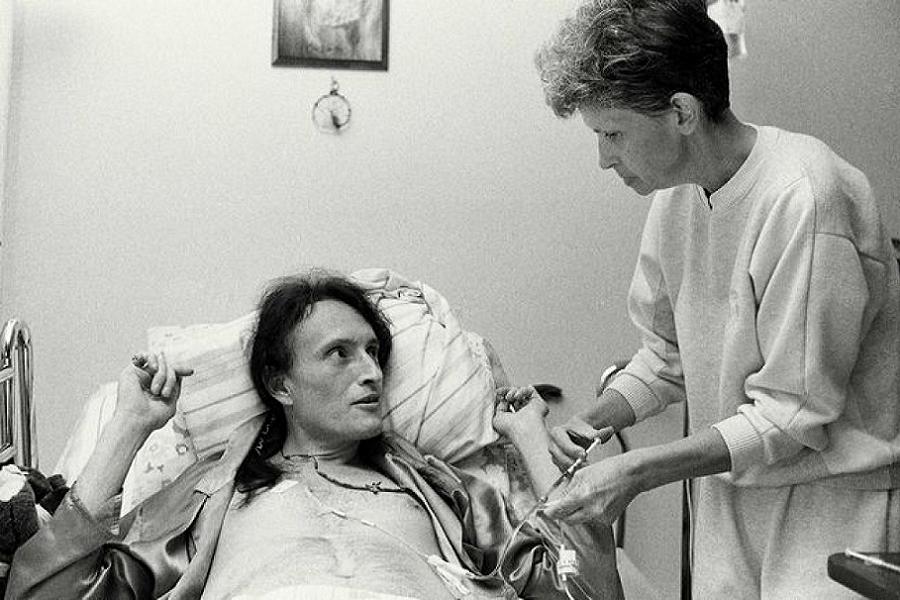 AIDS activism was desperately needed at the time.

Around the time that David Kirby was diagnosed, an elementary school student named Ryan White was expelled from his classes and barred from school property after a blood transfusion left him HIV-positive. The general lack of knowledge about AIDS had induced something close to panic in the public, and parents were afraid Ryan might have spread the disease to his fellow students.

There was also a prevailing idea that AIDS was a “bad-person” disease, given that its principal victims by that point had been gay men, drug users, and prostitutes.

Perhaps as a result of this stigma, research funding had been shamefully deficient in the early stages of the epidemic, and activists of the time worked to both dispel the myths and fears around HIV and to encourage more funding for research, as well as to fight absurd “public health” measures such as expelling children from school and, in at least one case (presented in all seriousness in a New York Times editorial by William F. Buckley), tattooing a warning onto the buttocks of known AIDS patients.

At the first hospital where Kirby stayed, one of the nurses wouldn’t even let him hold a menu for fear of contagion. Instead, she called out meal selections from the doorway.

In this atmosphere of fear and borderline superstition, Kirby and other AIDS activists talked, lectured, wrote, and appeared on television to reach as many people as they could to demystify the illness and encourage empathy for the people suffering from it.

By 1989, Kirby’s condition had worsened to the point that his family could no longer care for him at home. He checked into the Pater Noster AIDS Hospice in Columbus, Ohio.

One of the caregivers there was an HIV-positive transsexual man who went by the name Peta. The two became close friends, with Peta often visiting Kirby even on off days.

Kirby’s condition worsened through the winter and spring of 1990. That April, Peta started bringing a friend, a graduate journalism student Therese Frare, to visit. With the permission of Kirby and his family, Frare began documenting Kirby’s ordeal with her camera.

The Photo(s) Of David Kirby 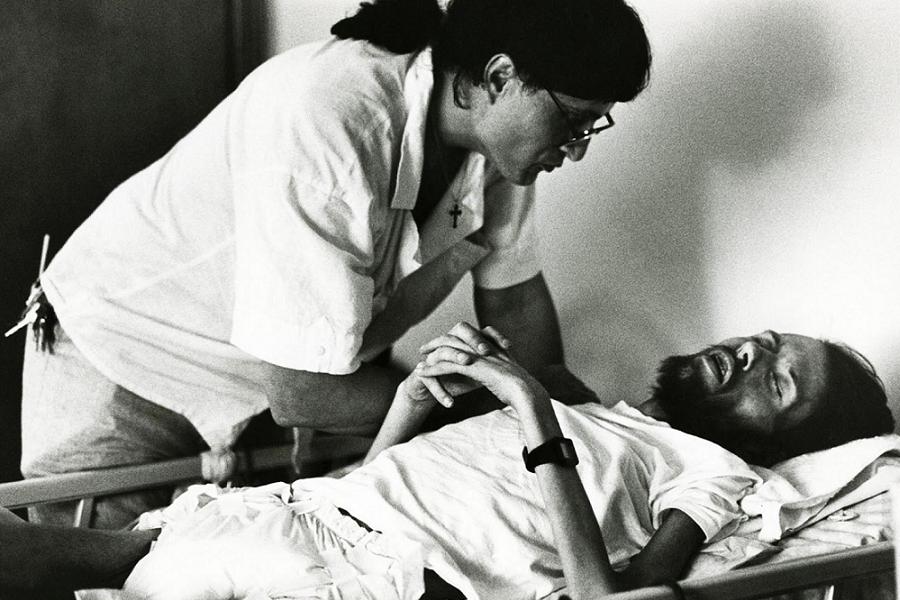 Rare Historical PhotosPeta leans over David Kirby, who wears a diaper in this photo.

From the beginning, David Kirby gave his enthusiastic consent to the photos. As an activist, he correctly believed that an accurate photographic record of his death would humanize the burgeoning AIDS crisis and help people who’d never seen the disease to empathize with patients. His only condition was that Frare not personally profit from the photos.

Over the month or so that she visited the hospice, Frare shot several rolls of film, covering David’s rapid decline, his family’s grief, and the tender care he got from Peta.

On the evening of the photo that would soon become iconic, Frare and Peta were visiting other patients when word reached them that Kirby’s condition was heading downhill fast. His family had gathered to keep watch over him, and the end was expected within hours if not minutes.

Peta rushed into the room, briefly greeted the family, and began speaking to Kirby and holding his hand. According to her own later account, Frare respectfully stayed outside of the room until she was called in, then she took up a discreet spot in the corner and didn’t speak. She snapped a few photos, staying out of everybody’s way, until Kirby stopped breathing.

The last photo captured Kirby staring off into space as his father groans in anguish and his mother and sister cling to each other nearby.