When Detroit sought to demolish Rosa Parks' 1950s home, one artist carefully disassembled it and moved it all the way to Berlin. 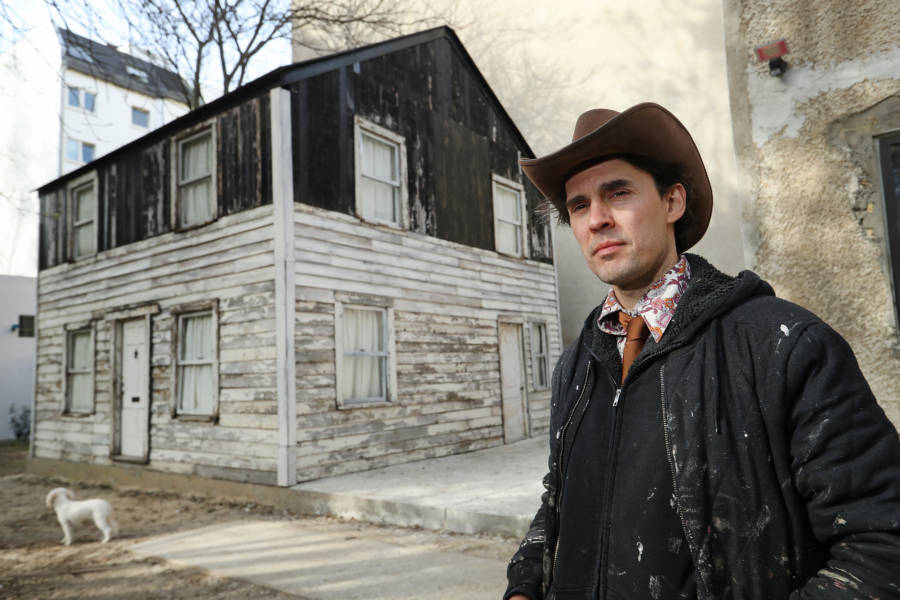 Sean Gallup/Getty ImagesAmerican artist Ryan Mendoza poses for a photo next to the former house of civil rights activist Rosa Parks on Mendoza’s property on April 6, 2017 in Berlin, Germany. Mendoza bought the house, which was slated for demolition in Detroit, took it apart, shipped it to Germany, and put it back together again on the property next to his studio.

The city of Detroit has more than 80,000 derelict homes, which is why officials have launched an anti-blight campaign to tear so many of them down. Yet, just recently, one derelict home managed to avoid the wrecking ball like no other.

Between 1957 and 1959, the house in question was the residence of civil rights activist Rosa Parks, who made history several years earlier when she refused to give up her seat to a white passenger on a public bus in Montgomery, Alabama.

By 1957, Parks had taken up residence in the Detroit house precisely so that she could take refuge from the unrest and hostility she faced in Alabama and the South as a whole. Eventually, however, Parks moved on and the house fell into disrepair to the point that it was due for demolition.

Parks’ niece, Rhea McCauley, then bought the home in order to give it a stay of execution but was unable to raise enough funds to restore it. That’s when American artist Ryan Mendoza stepped in.

Last August, Mendoza and company carefully dismantled the house piece by piece and then transported it (on Mendoza’s own dime) to a courtyard near his studio — all the way in Berlin, Germany.

Once in Germany, Mendoza faithfully recreated the exterior while shielding off the interior with white curtains, “to restore its dignity,” as he told The Washington Post.

Although spectators have since flocked to the location to see the restored house, Mendoza and McCauley both realize that this was a thoroughly unexpected way to save and resurrect the home. Mendoza now hopes to sell the house and donate the proceeds to the Rosa Parks Foundation. But for now at least, it stands gloriously restored half way around the world.

Next, discover the tale of Claudette Colvin, the young woman who refused to give up her seat nine months before Rosa Parks. Then, see which fast food titan quietly covered an elderly Rosa Parks’ rent for more than a decade.