Media Of Day: Aside From Black Friday, Malls Are Dying–And Not For The Reason You’re Thinking 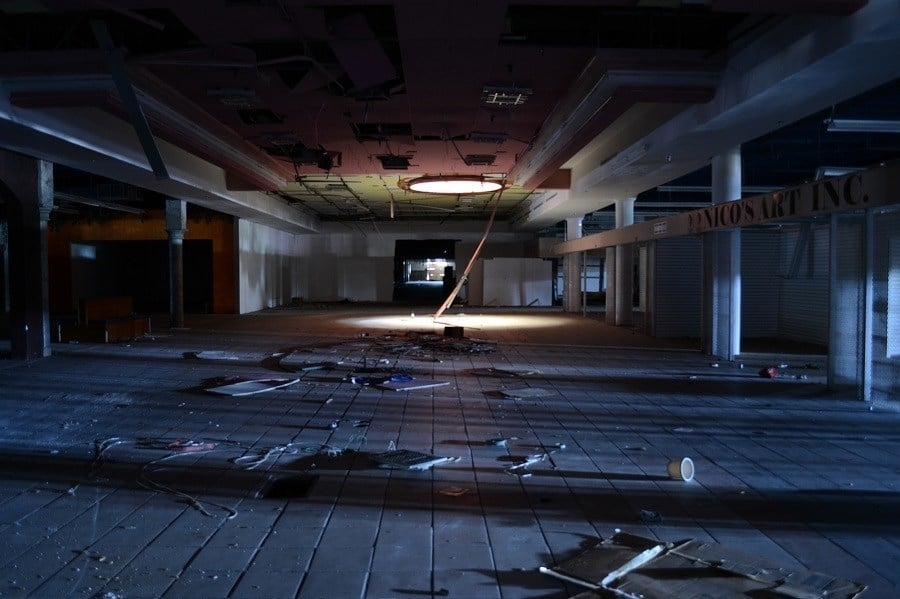 As we sit on the Black Friday perch, the state of the American mall looks just fine. After all, this weekend, some 135 million Americans will spend some $50 billion on retail purchases–an enormous chunk of which still takes place in malls. And the Black Friday shopping extravaganza is only growing, with stores opening earlier and earlier and sales carrying on longer and longer.

But when you realize that nearly a third of annual retail sales take place in the mere four weeks between Black Friday and Christmas, you start to wonder how malls are faring the other 48 weeks of the year. Now, enormous holiday sales spikes are not at all new, but the extent to which malls are suffering outside the holiday season is.

In just the last five years, more than two dozen American malls have closed, with another 60 on the brink. This may not sound like a lot until you realize that there are only about 1,200 enclosed shopping malls in the U.S. as it is. The number of unhealthy malls–those with high vacancy rates–is up 14% in the last 10 years. According to Howard Davidowitz (chairman of Davidowitz & Associates, Inc., a national retail-consulting and investment-banking firm), as many as half of American malls could be closed within the next 15 to 20 years.

Of course, the cognoscenti have been sounding the death knell of the American mall for at least a decade now. Likewise, none of this may surprise you. A veritable subculture has sprung up around dead and dying malls, with the aptly-named deadmalls.com leading the way, and everyone from The New York Times to The Washington Post to The Wall Street Journal and many, many others following along.

Beyond deadmalls.com (which, tellingly, started way back in 2000), the subculture fascinated with dead malls has given birth to message boards, social media followings, and countless think pieces. Yet, though so many are declaring the patient dead, so few are properly diagnosing the cause.

When you first read, above, that 135 million Americans will be spending $50 billion this weekend, your first thought very well may have been, “Yeah, but how much of that money is spent online?” Indeed, the first suspect in the death of the American mall is very often the Internet. However, that’s just not the case, at least not the way you might think it is. According to The New York Times, online shopping is only having a small effect on malls, with less than 10% of retail sales taking place online. Moreover, that 10% tends to hurt the big-box stores, not the fashion chains and specialty stores that are the bread and butter of the enclosed mall.

Instead–as is so often the case with big, pervasive, long-term socioeconomic trends–the reason malls are dying is much more mundane: We simply have far too many of them (Internet or no Internet, recession or no recession). We have twice as much square footage of shopping centers per capita than the rest of the world (and six times as much as the countries of Europe). “We are extremely over-retailed,” Christopher Zahas, a real estate economist and urban planner, told The New York Times. “Filling a million square feet is a tall order.”

For decades, over the second half of the 20th century, we simply had such a booming economy and such growth in the suburban middle class, that we were able to get away with sustaining–or at least appearing to sustain–what is truly just an unreasonable amount of retail space of this kind. And, yes, the suburbs and the middle class are being gutted right now, and that is an underlying cause behind dying malls.

But, in the end, the truth–as The New York Times and a few others will point out–is that we always had too many malls, even when the suburbs and the middle class were doing just fine. We just didn’t notice it until now.