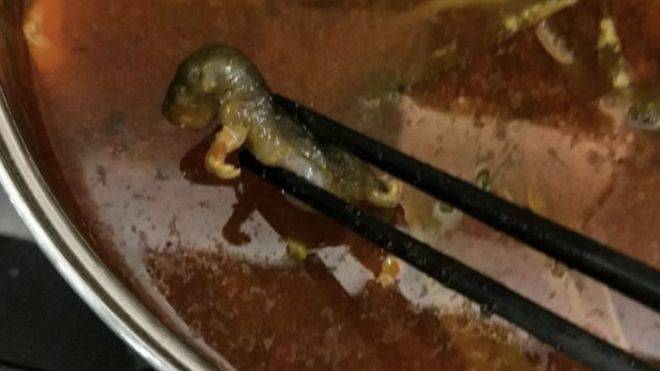 A pregnant woman’s grisly discovery at the bottom of her soup bowl is causing big trouble for a Chinese restaurant chain.

On. Sept. 6, the woman and her family were eating at hotpot restaurant Xiabu Xiabu in the Shandong province of China when after a few bites she found a boiled rat in her bowl of soup, the BBC reported.

The restaurant’s stock then took a $190 million dip after photos and videos of the rat being fished out of the bowl with a pair of chopsticks made their rounds on the internet.

Footage of the woman fishing the rat out of her bowl of hotpot.

According to the Independent, shares of the restaurant chain fell more than six percent on Sept. 10 and continued to fall another 11 percent on Sept. 11 after the woman’s stomach-churning find the previous week.

The restaurant where the pregnant woman dined with her family has been temporarily suspended. It is reported that the restaurant offered the woman 5,000 yuan (roughly $729) as compensation for serving her a bowl of rat soup.

The woman’s husband, identified as Mr. Ma by local news outlets, alleged that a member of the restaurant’s staff made him an unsettling offer after his wife’s discovery. He was quoted in the Kankan News saying that they allegedly told him: “If you are worried about the baby, then we’ll give you 20,000 yuan (around $3,000) to abort it.” 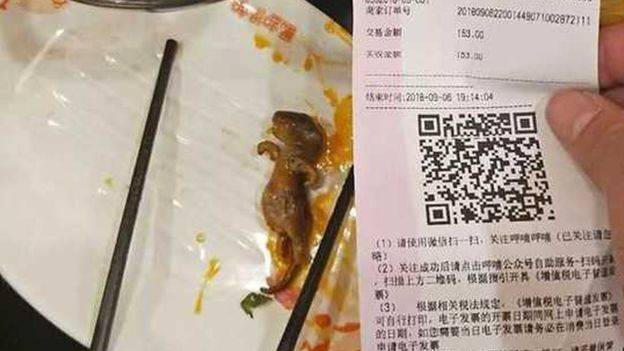 According to the BBC, Mr. Ma has denied all offers of compensation so far and has said that he wants his wife to undergo a medical examination before accepting an amount.

Xiabu Xiabu first opened its doors in 1998 and has more than 750 locations throughout China, according to the South China Morning Post.

The chain is known for its signature dish, hotpot. A common meal in China and in other parts of Asia, hotpot is a simmering pot of hot soup placed in the middle of a diner’s table and is served with an assortment of vegetables and raw meats which are meant to be cooked in the broth. 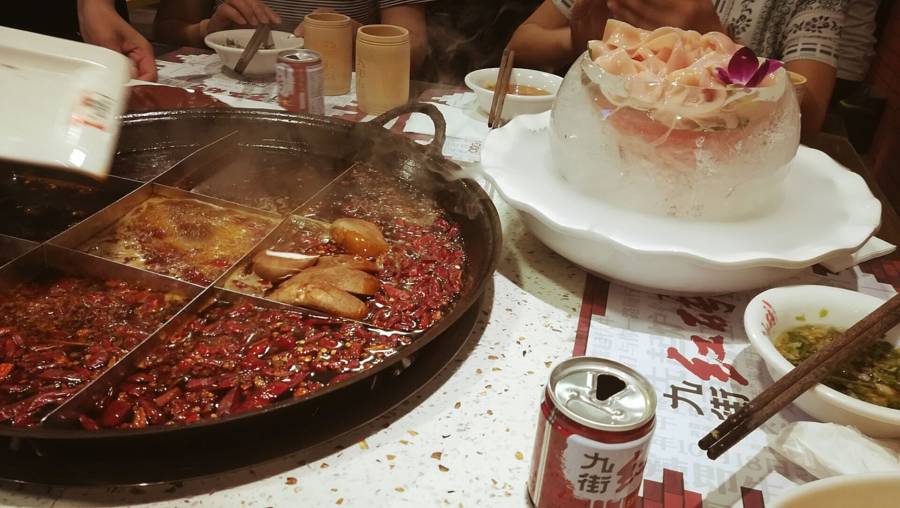 According to the South China Morning Post, an immediate inspection of the restaurant showed no signs of rats but officials did note that there was accumulated water in some of the food prep areas. They also said that some of their vegetable suppliers did not meet the full qualifications.

The restaurant initially put out a statement on Chinese social networking site Weibo on Sept. 8 saying that they had “ruled out” poor hygiene as a potential cause of the rat being found in the soup. According to the BBC, the statement was later deleted.

Hotpot is an extremely popular dish in China but let’s hope that rats don’t make anymore surprise appearances in the beloved soup.

Now that you’ve finished reading about a pregnant woman’s grisly discovery in her bowl of soup, check out some of the most disgusting food from around the world. Then take a disturbing look at some of the food eaten during the Medieval period.