Joan Vollmer opened her New York City home to the raucous Beats — and was ultimately shot in the head by one of the movement’s most influential writers, her common-law husband William S. Burroughs. 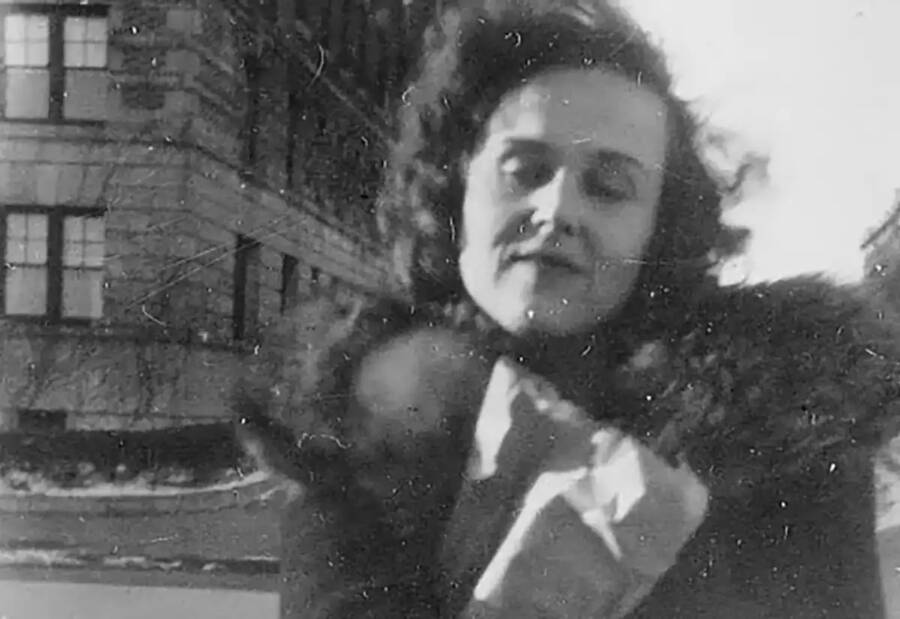 In the throes of America’s post-World War II period, there arose a counterculture literary movement known as the Beat Generation. These artists called Beatniks shirked mainstream conventions in favor of a more fluid lifestyle, hitchhiking, and creating art. But the influence of one notorious Beat has been all but forgotten: that of Joan Vollmer.

Vollmer often hosted the Beats at her Upper West Side apartment in New York and participated in their wide-ranging intellectual discussions. She fell in love with William S. Burroughs, a writer and artist, and moved with him to Mexico City. But their romance was cut short in 1951 when Burroughs inexplicably shot her in the head.

Perhaps most tragic about Vollmer’s death was the simple fact that she spent her life nurturing the creative talents of men like Burroughs. As artists with lint lining their pockets, members of the Beat Generation relied on the generosity and guidance of others, and Vollmer welcomed creatives of all stripes to her home to explore avant-garde ideas for years.

Tragically, this generosity opened the door to her demise.

Joan Vollmer Was The Muse Of The Beats 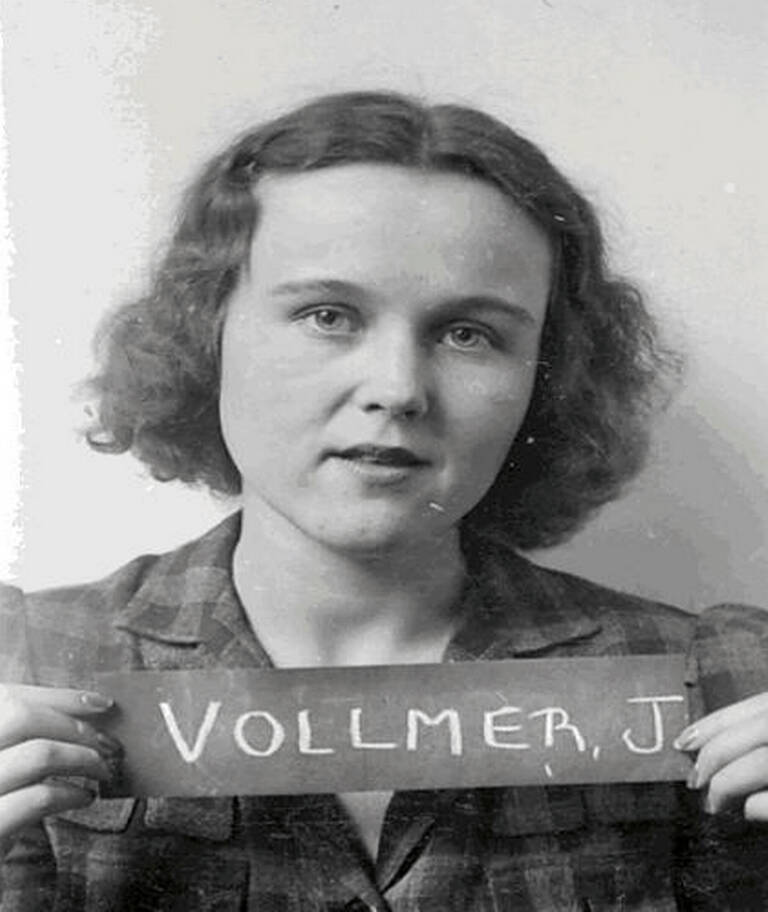 Joan Vollmer was born on Feb. 4, 1923, in Loudonville, New York. In the early 1940s, she moved to New York City to attend Barnard College where she quickly fell in with the Beats.

The Beats evolved in the years following World War II, when the younger generation reflected on their nation’s politics and developed creative ways to express themselves. Fledgling artists were eager to subvert the status quo and confront the norms of art by breaking literary rules.

It didn’t take long for Vollmer to find her place in this group. She fatefully met Edie Parker, the first wife of Beat writer Jack Kerouac, at a bar in Manhattan. The two hit it off and decided to find an apartment together in Manhattan’s Upper West Side when Vollmer’s first husband was drafted into the war. Their new home became a gathering spot for many idealistic Beats.

“[Vollmer] was seminal in the creation of the Beat revolution,” wrote Brenda Knight in Women of the Beat Generation. “Indeed, the fires that stoked the Beat engine were started with Joan as patron and muse.” 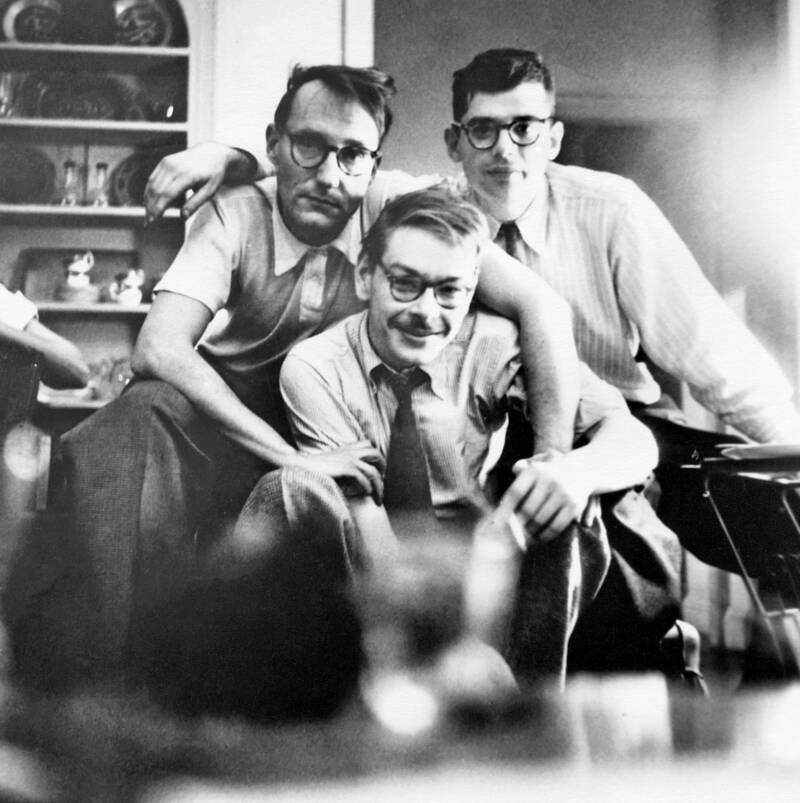 Kerouac later used many of his experiences at Vollmer’s apartment in his novels. He, Ginsberg, and Burroughs became the core of the Beat Generation in large part due to Vollmer’s generosity.

“Her apartment was a nucleus that attracted many of the characters who played a vital role in the formation of the Beats,” wrote Knight. “Brilliant and well versed in philosophy and literature, Joan was the whetstone against which the main Beat writers — Allen, Jack, and Bill — sharpened their intellect.”

By 1944, however, the intellectually intense group took a dark and violent turn, an ominous sign of things to come.

Vollmer’s loyalty to her friends was unwavering, even when, in 1944, Kerouac and Burroughs were arrested as material witnesses to a murder. Both the victim and the killer were friends of the Beats and well-known to Vollmer, but she stuck with the group. Edie Parker went one step further, marrying Kerouac so that her parents could help him post bail.

In fact, Vollmer’s connection to the Beats grew even deeper after this event. In 1945, Vollmer asked her husband for a divorce. Following that, Ginsberg steered Vollmer into a relationship with Burroughs, both of who saw each other as telepathic soulmates, even though Burroughs was gay and pursued homosexual relationships.

Burroughs described Vollmer in glowing terms, calling her: “A very extraordinary woman… she was the smartest person around… She had an immediate insight into anyone’s character. Just one look and she knew.” 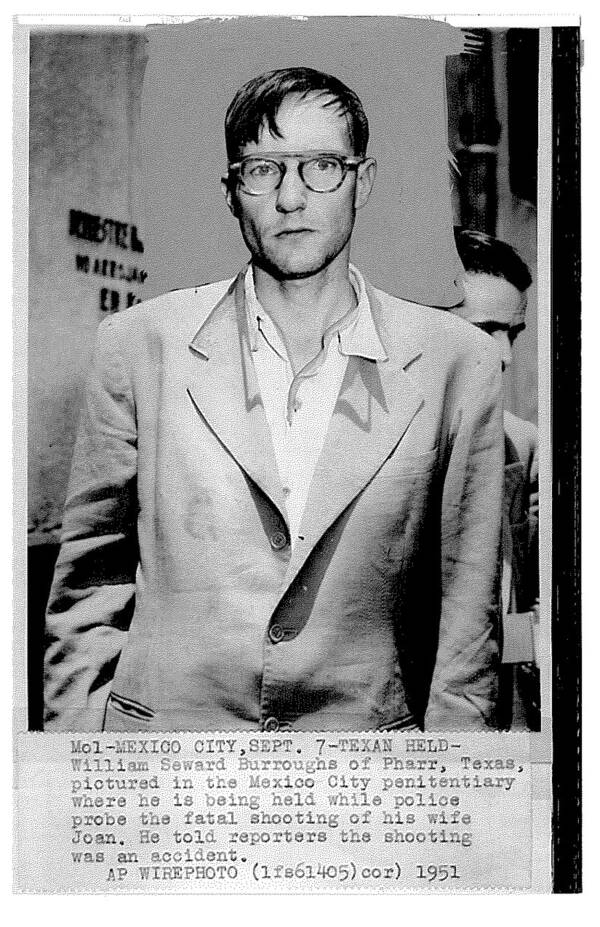 TwitterBurroughs in jail in Mexico City in 1951.

Vollmer’s newfound vice landed her in Bellevue Hospital following a psychotic break in 1946. Meanwhile, Burroughs had troubles of his own. Arrested for prescription forgery, he was sent to live with his parents in Missouri. As soon as his probation ended, he retrieved Vollmer, but their troubles were far from over.

In the ensuing years, Vollmer and Burroughs bounced from New York to Texas to New Orleans. When Bourroughs’s legal troubles deepened following an arrest for heroin possession, they decided to leave the country. Fatefully — fatally — the couple moved to Mexico City. 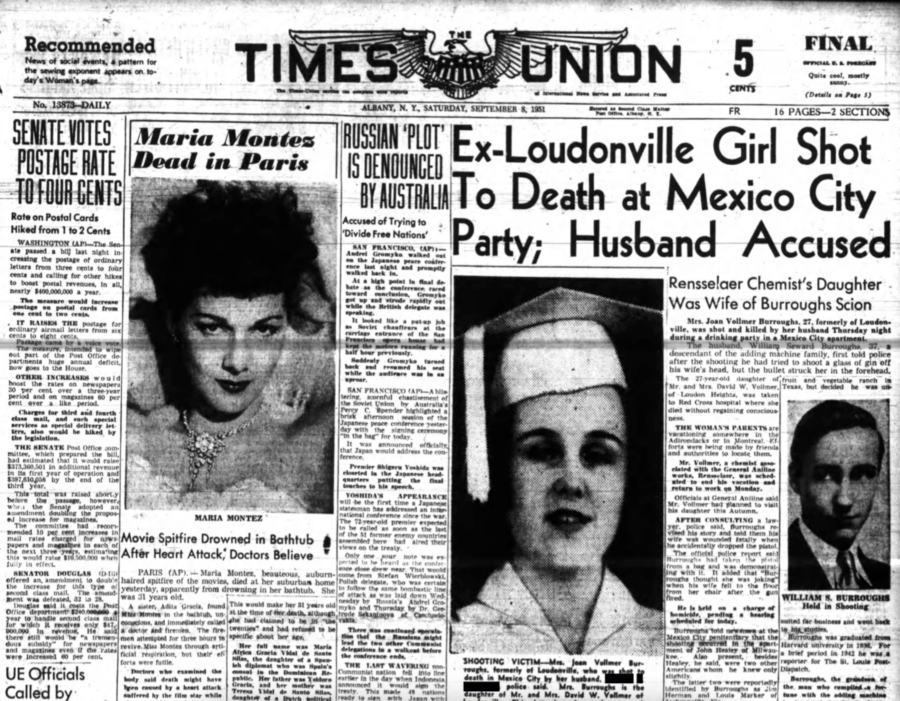 On Sept. 6, 1951, Vollmer and her fugitive husband played a game that would take her life.

According to police records, Burroughs told authorities that he had wanted to show off his new pistol and marksmanship at a party with friends. He had Vollmer place a gin glass on her head in a game called William Tell, during which the shooter typically aims for an apple balanced on someone else’s head.

The police report then stated that “Burroughs thought [Vollmer] was joking” when she collapsed after he shot at her. He was apparently too drunk to realize that he had shot her right in the forehead.

As The Albany Times Union reported two days later, “Mrs. Joan Vollmer Burroughs, 27, formerly of Loudonville, was shot and killed by her husband Thursday night during a drinking party in a Mexico City apartment.” 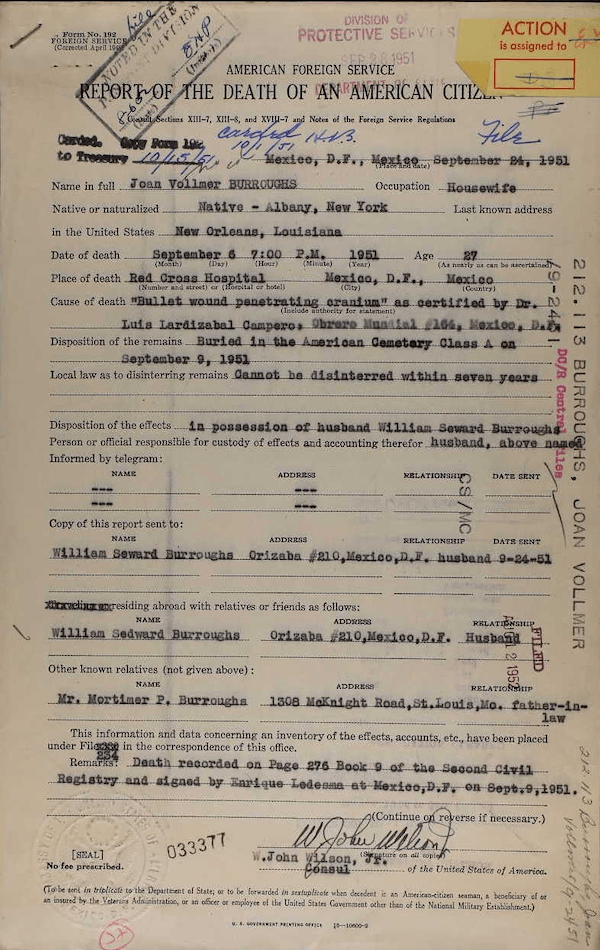 American Foreign Service“Bullet wound penetrating cranium” was listed as Vollmer’s cause of death.

While held on homicide charges, Burroughs told reporters that “it was purely accidental. I did not put a glass on her head. If she did, it was a joke, and I certainly did not intend to shoot at it.” He later claimed the gun had misfired after being dropped to the ground.

Fellow Beat writer Allen Ginsberg rationalized his friend’s death by concluding that Vollmer had wanted to die. Burroughs himself believed that an “Ugly Spirit” had aimed the gun at his wife.

Through a series of bribes, Burroughs managed to get released from Mexican custody on bail and fled back to the United States. Mexican authorities convicted him in absentia of manslaughter, but he was never tried nor convicted for the murder of Joan Vollmer.

In the ensuing years, Joan Vollmer’s death has both haunted and inspired Burroughs. As he wrote in his 1985 novel, Queer:

“I am forced to the appalling conclusion that I would have never become a writer but for Joan’s death. I live with the constant threat of possession, and a constant need to escape from passion, from Control. So the death of Joan brought me in contact with the invader, the Ugly Spirit, and maneuvered me into a life long struggle, in which I have had no choice except to write my way out.”

Joan Vollmer devoted herself to the Beats. She hosted their parties, loved them, and stuck with them in hard times. Today, Vollmer may be only a footnote for greater Beats in the movement, but she was a paramount element in its creation nonetheless.

After learning about Joan Vollmer, explore the history of the hippie movement. Then, learn about the chilling mystery of Natalie Wood’s death.