For more than 20 years, Michael Kent was a fervent white supremacist covered in hate tattoos. But that all changed when he met Tiffany Whittier and the pair struck up an unlikely friendship. 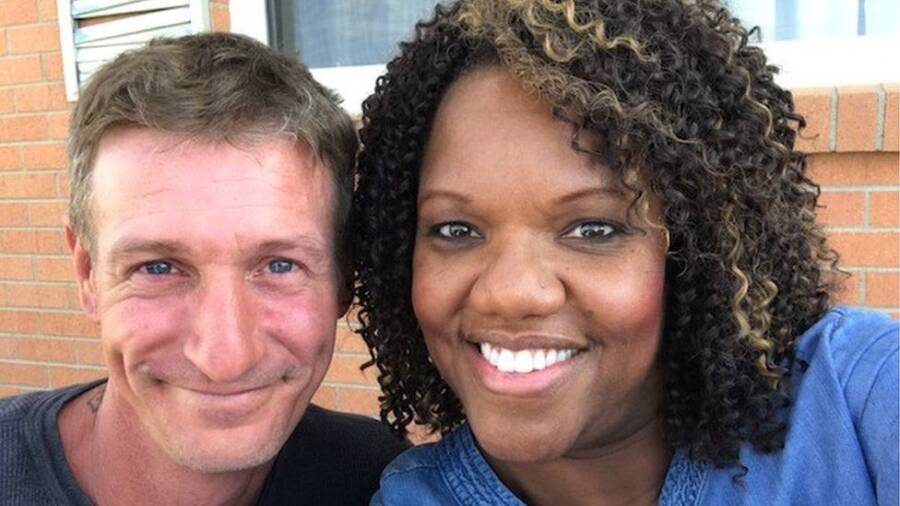 One look at Michael Kent, a white man speaking alongside Black activists about bridging the country’s racial divide, and you’d never guess he was once a neo-Nazi. But after striking up an unlikely friendship with his Black probation officer, Tiffany Whittier, he embarked upon a path toward rehabilitation that totally changed his white supremacist ways.

According to ABC 7 News, Kent’s rehabilitation began unexpectedly after he completed his prison term for drugs and weapons charges in 2006. Soon, his case was assigned to Tiffany Whittier. Despite being aware of his neo-Nazi identity, Whittier went to his house for their first probation visit alone.

It was the first time a probation officer had ventured to visit Kent without backup.

“That day it sparked something,” Kent said of their first meeting. “She had the audacity, the balls, the strength to come to me. From that day on, little by little, she just started transforming my life.”

The next time Whittier visited him, she got a deeper look at his violent history. She found Swastikas and many other Nazi items inside his home. At that point, he had been a self-proclaimed neo-Nazi for 20 years. 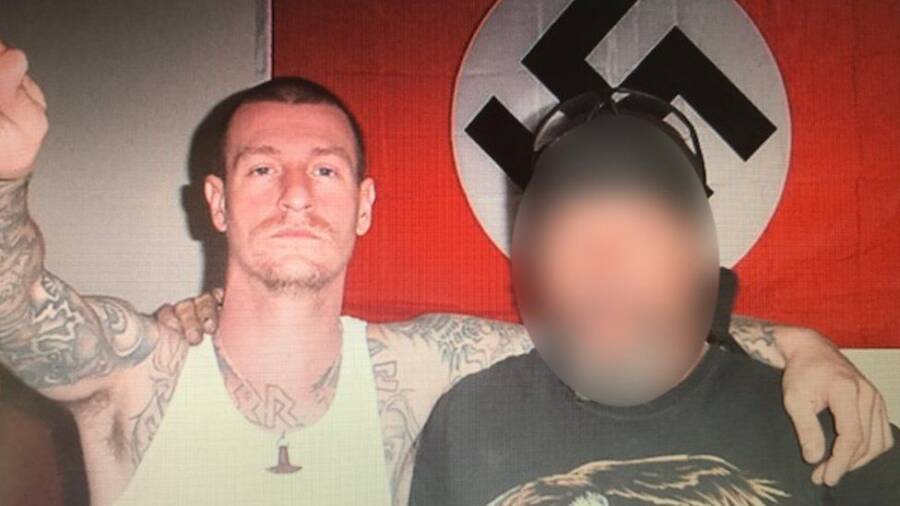 Michael KentBefore he met Tiffany Whittier, Michael Kent had been part of a neo-Nazi American gang for 20 years.

But the display of hatred did not deter Whittier, who continued to work with Kent as his probation officer.

“I wanted to get to know him on face value. I just began to speak to Michael, find out where he’s from, where his hate stemmed from,” Whittier said. “I just worked with him, wanted him to be successful on probation…I didn’t realize the impact I was having on his own life.”

The pair slowly began to make progress. When Whittier joked that he should replace all his Nazi paraphernalia with happy faces so he could wake up to positivity every day, Kent took down his Nazi items and put smiley faces in their place.

An ABC News segment on the unlikely friendship between Michael Kent and Tiffany Whittier.

As Kent became less aggressive, the two began to form a close and lasting bond. It was not an easy process but Whittier gave Kent a strong support system to help him turn his life around — and let go of his hatred.

“More and more she became involved in my life and the hate started drifting away and the love started building in my heart,” Kent said. Eventually, Kent’s story of his rehabilitation made its way to Bernice King, the daughter of Martin Luther King, Jr., who invited the former neo-Nazi to spend time with her family.

“I hurt a lot of people, I hurt children by recruiting them when they were young. I went from being a trailer trash racist to a good person,” Kent said.

Now, Kent lives a quiet life working on a chicken farm in the mountains of Colorado and is undergoing the long process of removing the neo-Nazi tattoos on his body. He got his first hate tattoo which read “white pride” on his back when he was just 13 years old.

“Every letter I had of the white pride, I had to go on a mission and I had to hurt somebody to gain each letter of that,” he admitted of his violent past. To get his tattoos removed, Kent contacted a not-for-profit organization called Redemption Ink which focuses on work removing hate-related tattoos. The most recent hate tattoo Kent had removed was a large swastika symbol on his chest. 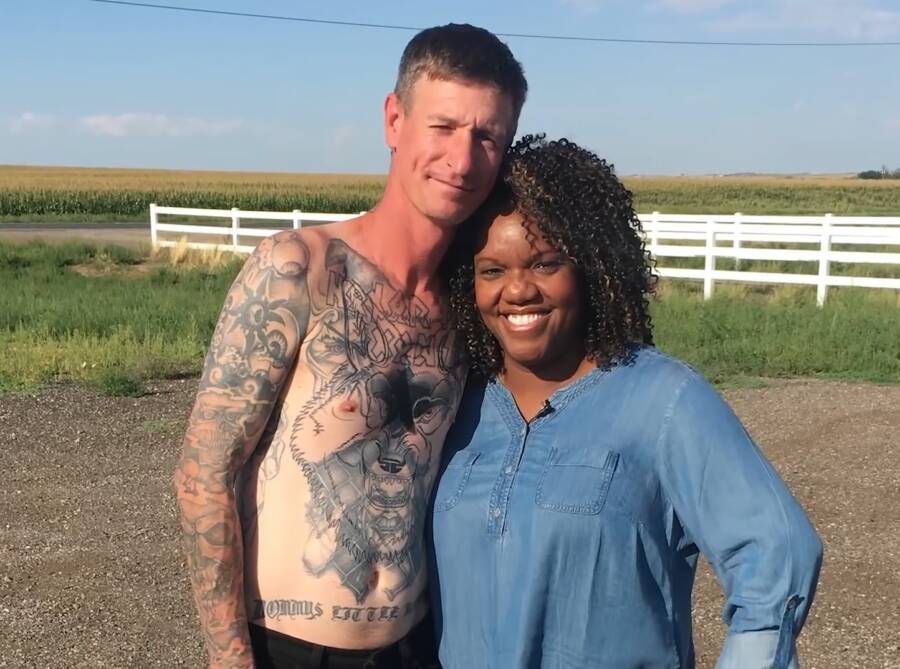 ABCMichael Kent and Tiffany Whittier remain friends to this day, some 15 years after their relationship got off to an incredibly rough start.

While Kent has completed his probation process and has gone on to live a normal life, he and Whittier continue to stay friends.

“She’s a very courageous woman,” Kent remarked, “and I am so glad and very thankful that she’s in my life.”

After this look at Michael Kent and Tiffany Whittier, read about how a Black man named Daryl Davis convinced some 200 racists to leave the KKK. Then, see some of the most powerful photos from the Civil Rights Movement.