A special salty mineral coating discovered on the Dead Sea's Temple Scroll could be why the ancient manuscript has remained relatively well-preserved for 2,000 years. 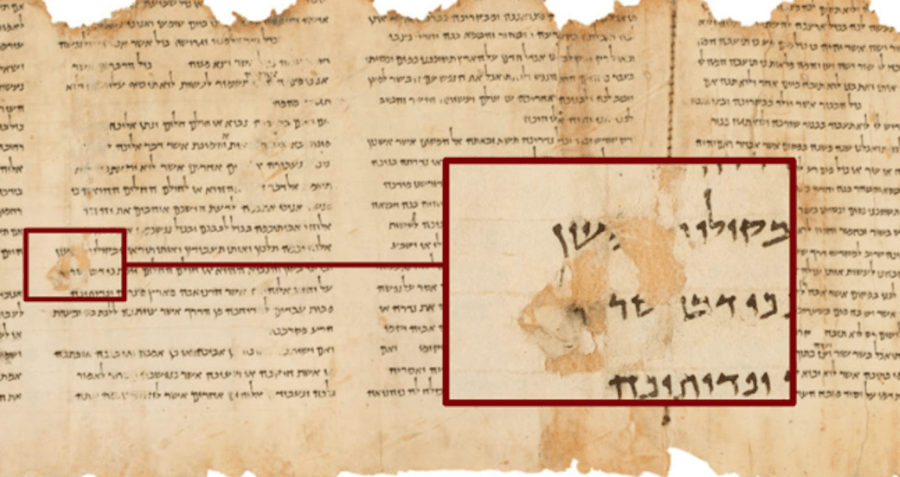 In addition to their unprecedented historical importance, the Dead Sea Scrolls are archaeological marvels. First discovered in 1946 by a shepherd in the Qumran Caves of the Judaean desert, this mysterious collection of ancient manuscripts comprising biblical texts, calendars, and astrological charts has long excited scientists — and left them wondering how they survived so well for some 2,000 years.

While many of the 1,000 documents have deteriorated over time, some of these ancient scrolls were indeed found in astoundingly well-preserved condition, especially one 25-foot piece known as the Temple Scroll. Now, a recent study has uncovered what scientists believe is the key to its preservation — and its possible destruction.

As Live Science wrote, researchers recently examined the Temple Scroll using a multitude of X-ray tools and Raman spectroscopy (a technique used to figure out the chemical composition of a substance using laser light patterns). The team discovered that the Temple Scroll’s parchment was created using techniques different from many of the other scrolls.

Upon inspection, the Temple Scroll revealed traces of a salty mineral solution that was found only in a few other of the previously studied scrolls. The coating contains a mixture of salts made from sulfur, sodium, calcium, and other elements. Given that salt has strong properties for preservation, it is likely that this special salty coating was what saved the Temple Scroll from the natural elements inside the desert cave where it was found. 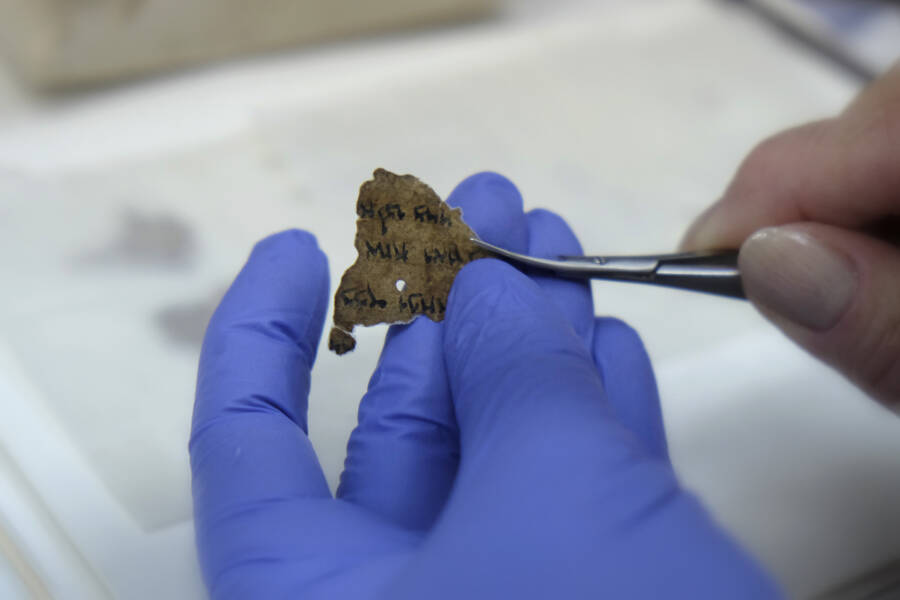 Getty ImagesMany of the uncovered Dead Sea Scrolls were found in fragments, which include biblical verses and astro charts.

On the flip side, however, the salty coating could also contribute to the ancient script’s deterioration as the salts detected on the scroll are known to suck moisture out of the air. This means that, if not stored properly, the salt minerals on the scroll could “accelerate [the scroll’s] degradation” instead.

But one thing still has scientists baffled: Where did this salty mixture come from?

Stranger still is the fact that none of the components that make up the salt coating on the scroll can be naturally found in the cave floors or in the Dead Sea itself. According to study co-author Ira Rabin of Germany’s Hamburg University, the mineral coating is consistent with the Western tradition of parchment preparation in which animal-skin documents are untanned or lightly tanned. Because this technique was not common in the region in which this document was found, this suggests that the parchment for the scroll was likely exported from somewhere else outside the Dead Sea region.

“This study has far-reaching implications beyond the Dead Sea Scrolls,” Rabin said in a press release on the study which was published in the journal Science Advances.

“For example, it shows that at the dawn of parchment making in the Middle East, several techniques were in use, which is in stark contrast to the single technique used in the Middle Ages,” Rabin continued, “The study also shows how to identify the initial treatments, thus providing historians and conservators with a new set of analytical tools for classification of the Dead Sea Scrolls and other ancient parchments.” 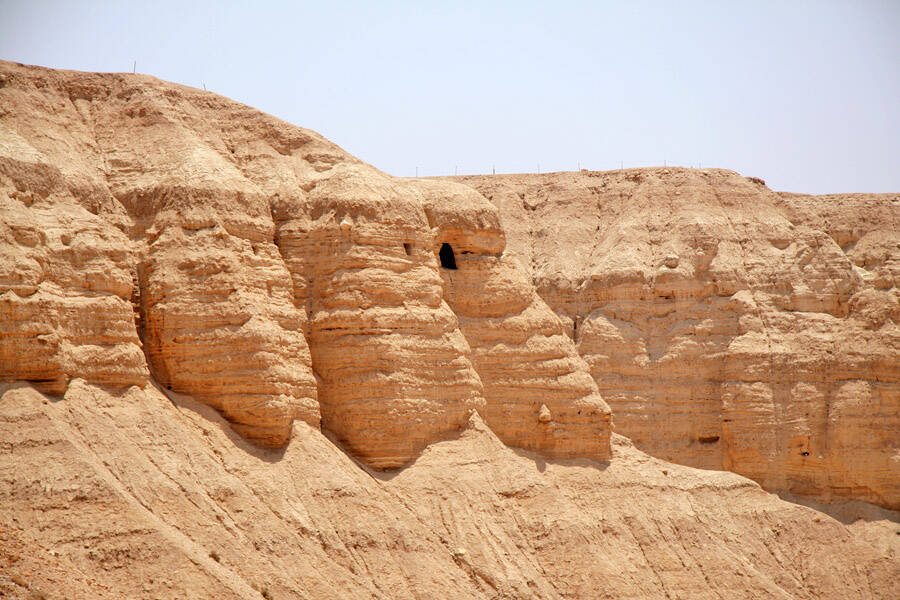 Wikimedia CommonsThe Qumran Caves in the Judaean Desert, where the Dead Sea Scrolls were found.

Previous studies of the Temple Scroll established that the manuscript — unlike other Dead Sea Scrolls — had several distinct layers: an organic layer, made of animal skin (typically taken from goats, sheep, or cows) used as the parchment’s base and an inorganic layer of minerals that may have been rubbed on during its “finishing.”

Understanding how this parchment was made is important so that researchers will be better able to identify forgeries nd utilize the proper method of preservation to keep this ancient document from continuing to deteriorate.