Nature and technology don't have to be in conflict. Need proof? Check out Dennis Hlynsky's stunning footage of bird flight paths. 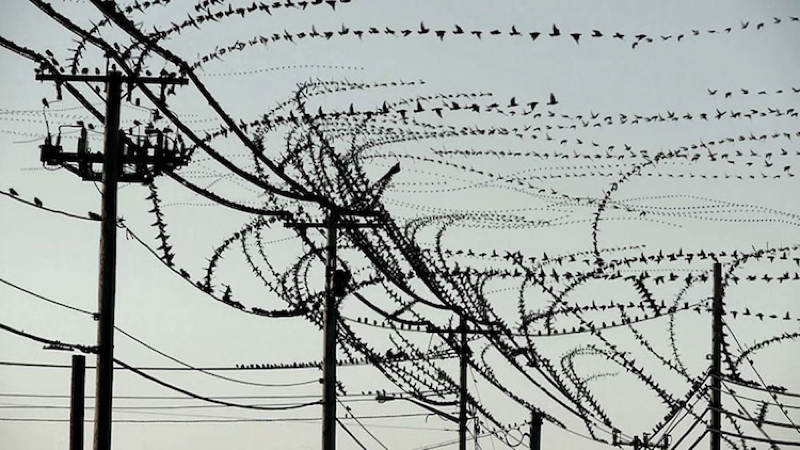 Wildlife photographers and filmmakers have brought no-holds barred natural sights to audiences for decades, but presenting the complex movements of Earth’s avian friends in a memorable way has often eluded even the most skilled documentary makers. That is, at least until now.

Dennis Hlynsky, a professor at Rhode Island School of Design, began filming birds back in 2005 on nothing more than a Flip video camera. What began as a hobby turned into a remarkable study in bird behavior, and Hlynsky’s videos are full of graceful geometric patterns that capture the raw rhythm of life.

Filming around Rhode Island, it’s not just the birds that get the Hlynsky treatment. He has also plotted the pathways of countless bugs, bees, ants and even a few plankton: 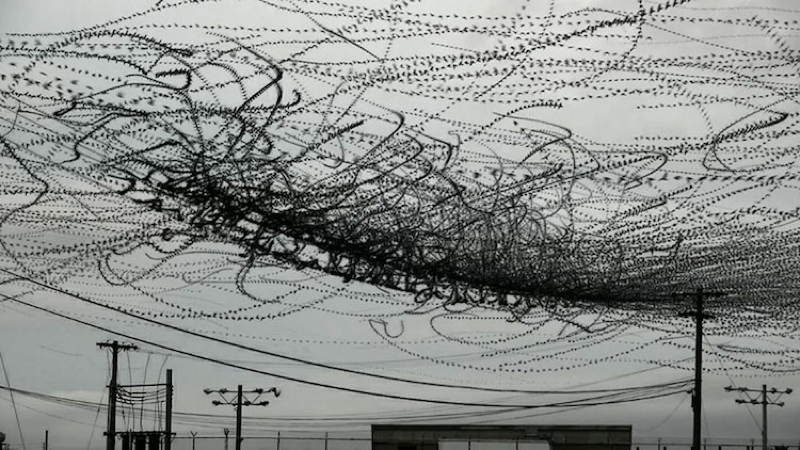 By using a unique process known as extruded time, or layering frame sequences atop one another until the darkest pixels become “tracers”, we are able to see the birds careening across the sky, leaving a discernible trail behind them like ice skates do on ice.

Hlynsky uses a Lumix GH2 to capture footage of the birds in flight before turning that into time lapses that are several minutes longer. Once he’s uploaded the footage to his computer, he uses the magic of After Effects to stack the sequence of shots closer together and after hours of editing, the flight paths are finally unveiled.

Combined with the natural ambient sounds of the area, the videos become a mesmerizing, aesthetically interesting study of nature’s eternal, fluid grace. Thanks to Dennis Hlynsky’s mapping skills, we’re able to bear witness to the natural patterns of flight, and trace movement in an environment where leaving a mark is next to impossible. You can find more of his videos at Vimeo.