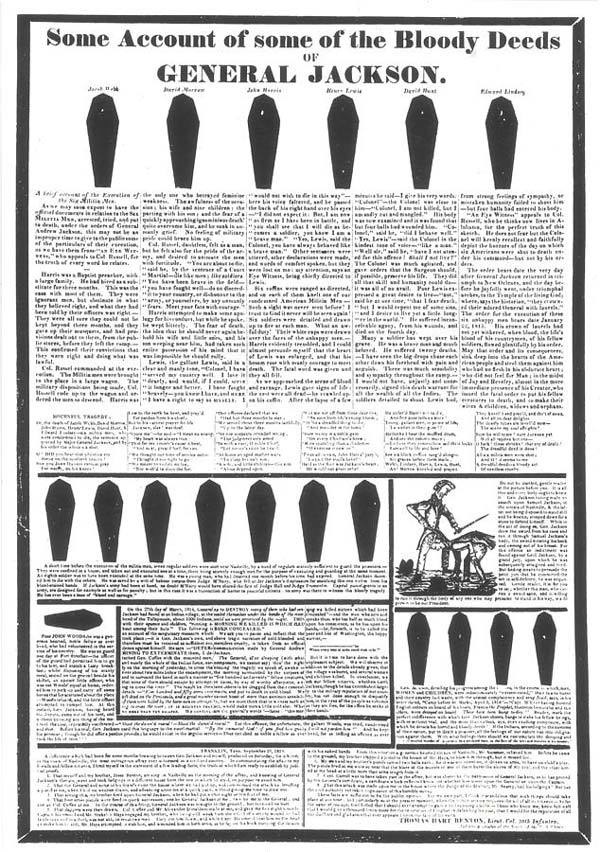 Peppered with coffins, these handbills handed out by supporters of John Quincy Adams in 1828 were meant to suggest that his challenger, Andrew Jackson, had ordered the murders of militiamen and Native Americans (and he would do so again).

It also suggested that he and his wife were adulterers, since she was technically married to another man when the Jacksons wed.

No matter–Jackson took office for the first time in 1828, just after his wife died from, as Jackson implied, the shame of being slandered by these campaign handbills.