The Violent Ways Humans Have Used Animals As Weapons

Humans have used animals as weapons in war for thousands of years. Many of these plots have been violent and, frankly, disastrous for both man and animal. 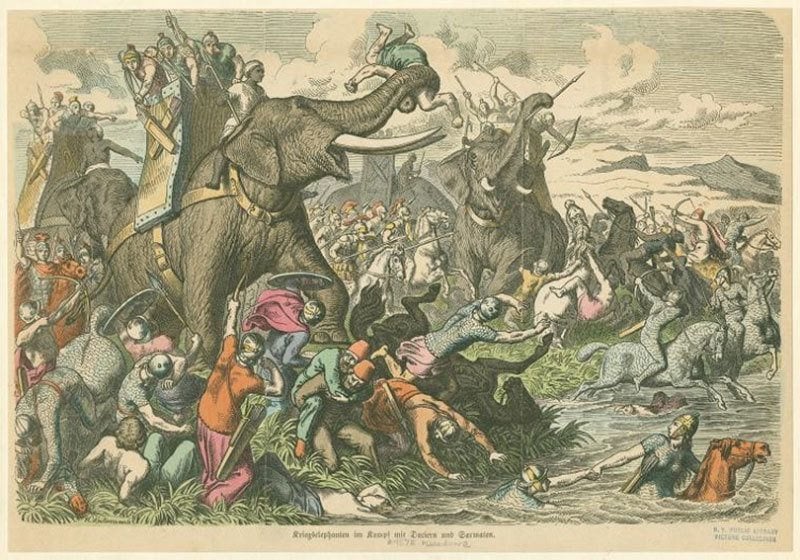 Elephants were among the first war animals used, most famously by Hannibal . Source: Wikimedia

Humans have used animals as weapons for thousands of years. 2,000 years ago, Hannibal led the Carthaginian army riding war elephants to fight Rome. In reply, the Romans set pigs on fire and let them run free through enemy ranks to frighten the elephants.

In World War II, British Special Ops thought of stuffing dead rats with explosives and spreading them throughout Germany. They hoped that the Germans would gather the rats and dispose of them in industrial furnaces, causing explosions powerful enough to trigger catastrophic boiler failures. However, the Brits dropped the plan after their first shipment of explosive rats was intercepted by Nazi forces in 1941. 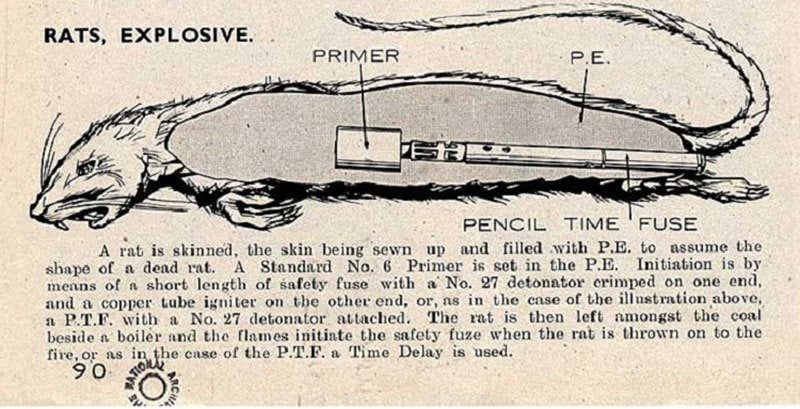 Starting in 1930, the Soviets began training dogs to blow up enemy tanks. Initially, the Russians tried to teach the dogs to drop bombs under tanks and then return to their handlers. Unfortunately, the training was too complicated, and the dogs frequently returned with the explosives still attached. Ultimately, the Soviets modified the bombs to detonate on impact, turning their dogs into unwilling canine kamikaze. 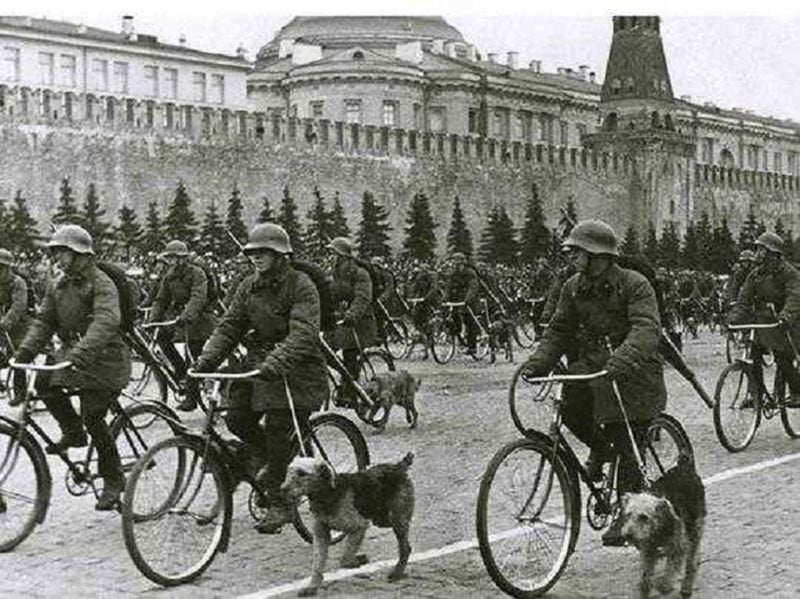 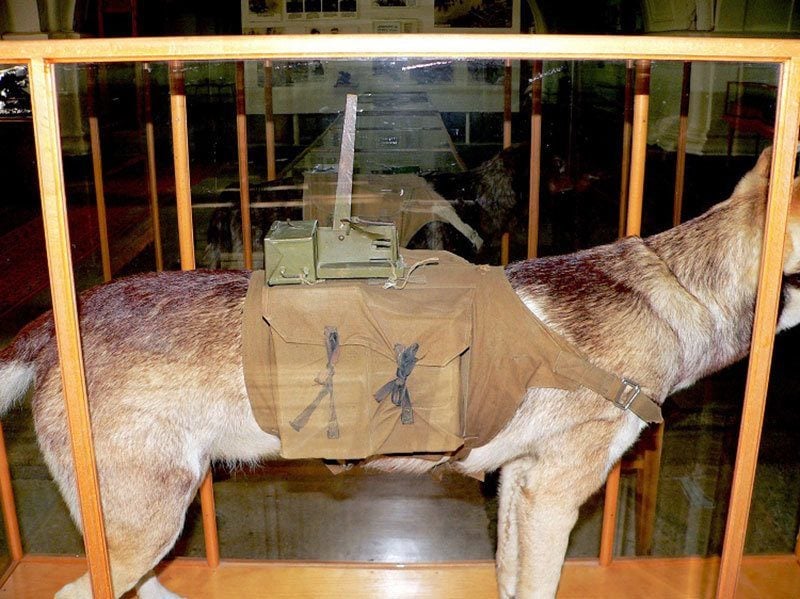 According to official Soviet records, the anti-tank dogs were highly successful, damaging around 300 German tanks. Yet once you look past the propaganda, you’ll see that the program was actually a failure. As it turns out, your average pooch can’t tell the difference between a German Panzer tank and a Soviet T-34. Therefore, the dogs sometimes took out Russian artillery by mistake. On other occasions, the dogs were frightened by gunfire and ran back to friendly trenches. 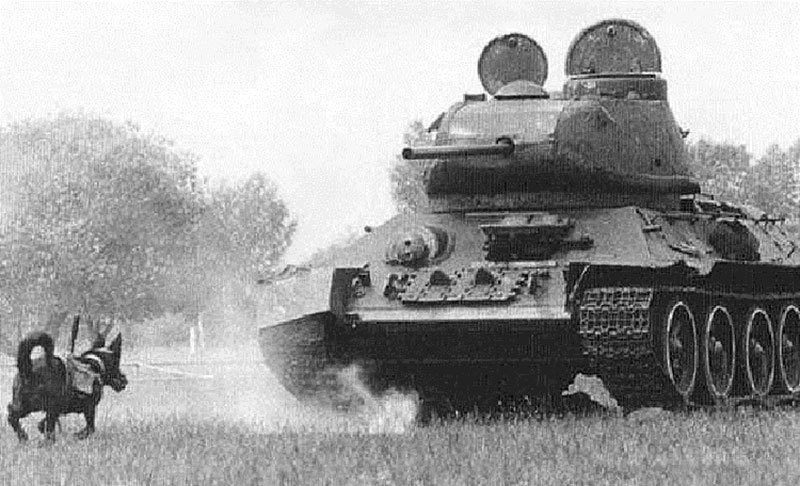 The biggest mistake the Russians made was using their own tanks while training the dogs. Source: Today I Found Out

One canister could hold up to a thousand hibernating bats. Source: Wikipedia

Not to be outdone, the Americans also used animals as weapons in a plan known as bat bombs. In 1942, a dentist named Lytle Adams came up with the idea and successfully pitched it to President Roosevelt. Louis Fieser, inventor of napalm, developed the incendiary devices that the bats carried. The army then created a bomb-shaped casing that housed a thousand bats at once. Ten bombers, each carrying a hundred shells, could have unleashed one million bat bombs at the same time.

Bat bombs were created to be released over Japan’s Osaka Bay in hopes of causing thousands of simultaneous small fires, decimating Japanese infrastructure. The U. S. chose to use Mexican free-tailed bats because their numbers were plentiful, they could carry heavy loads and they wouldn’t require food while hibernating. Lucky for the bats, the project was passed on to the Navy after escaped bat bombs burned down half of the Calsbad Army Airfield in 1943. The Navy passed the project on to the Marine Corps who eventually scrapped it altogether. 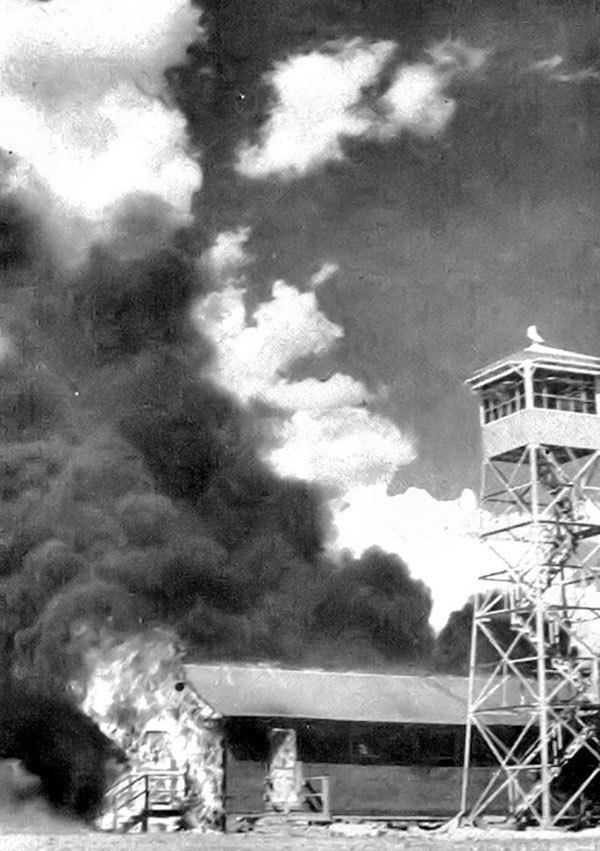 In the end, the only damage caused by bat bombs was on American soil. Source: Wikipedia

From the mind of famed American behaviorist B.F. Skinner came Project Pigeon–a plan to develop pigeon-guided missiles. Here’s how it would work: one or more pigeons would be locked inside a missile, and be trained to peck at an on-screen target that would keep the missile on course. Skinner came up with this idea in 1939, and actually received funding from the National Defense Research Committee before they cancelled the program in 1944. 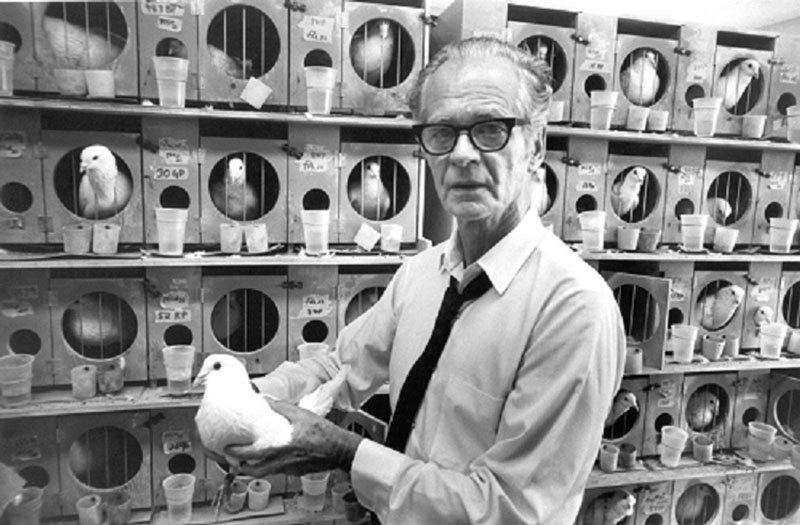 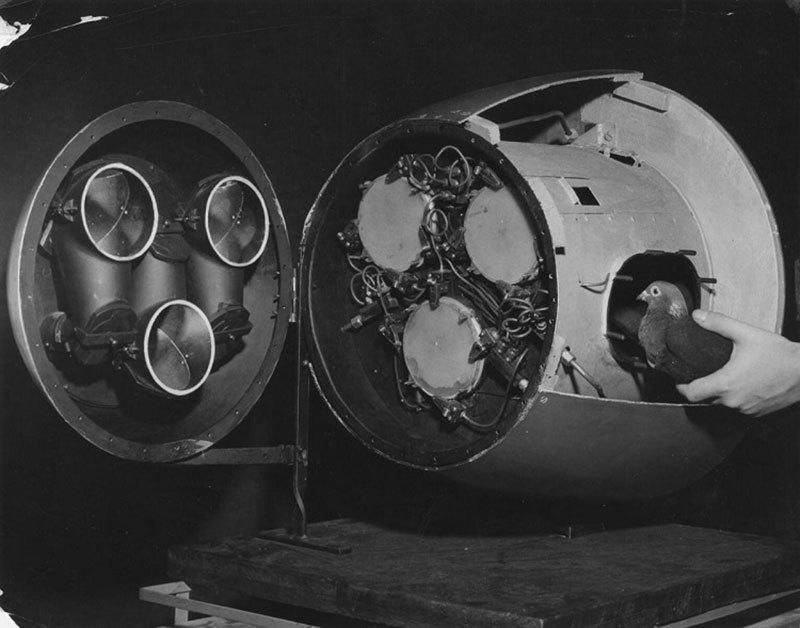 The Navy revived the project in 1948, but cancelled it again five years later. Source: Manifesta 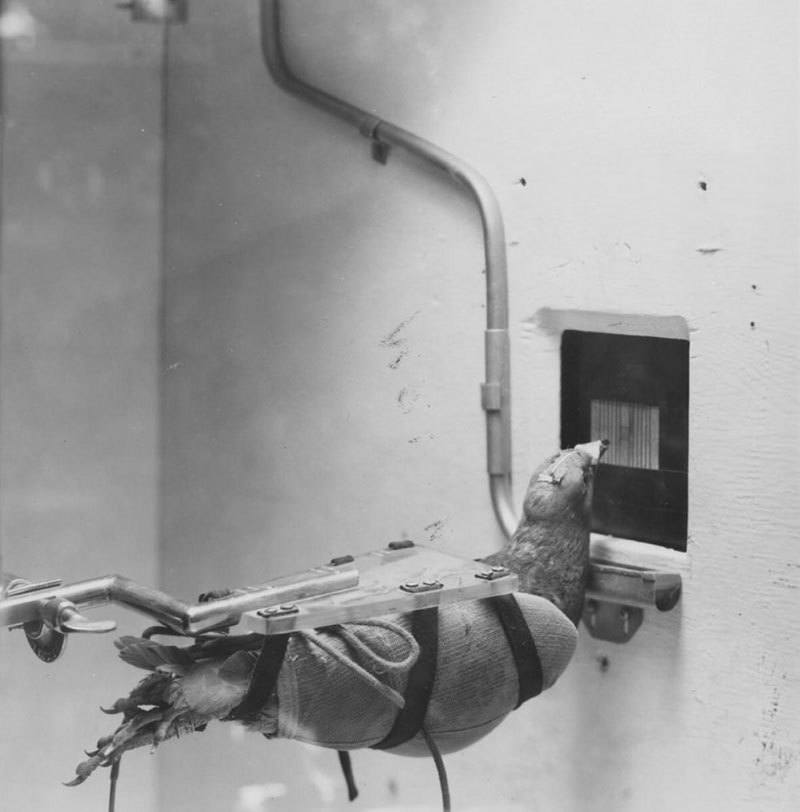