Pushing the limit far beyond mere raunch, these shockingly dirty songs from the rock canon will leave you scandalized. 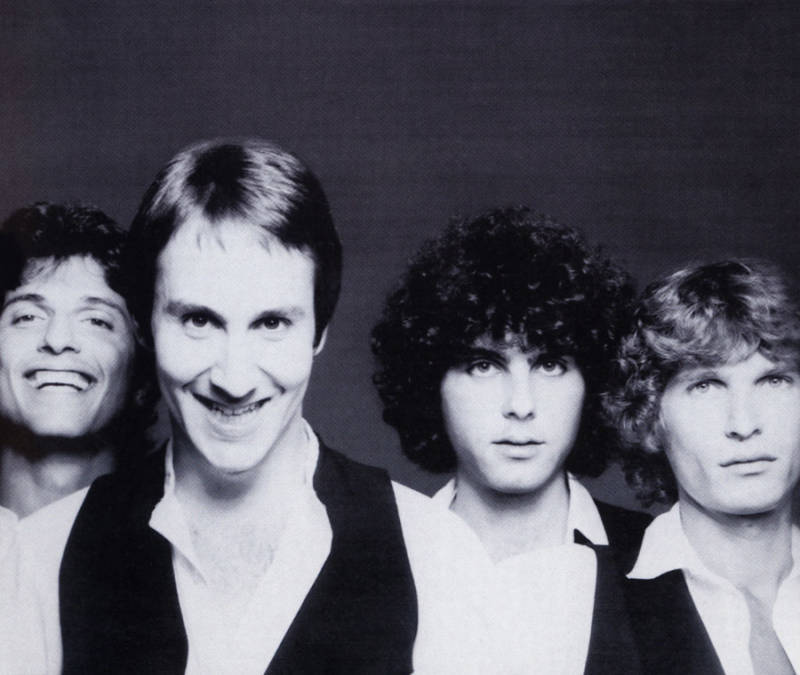 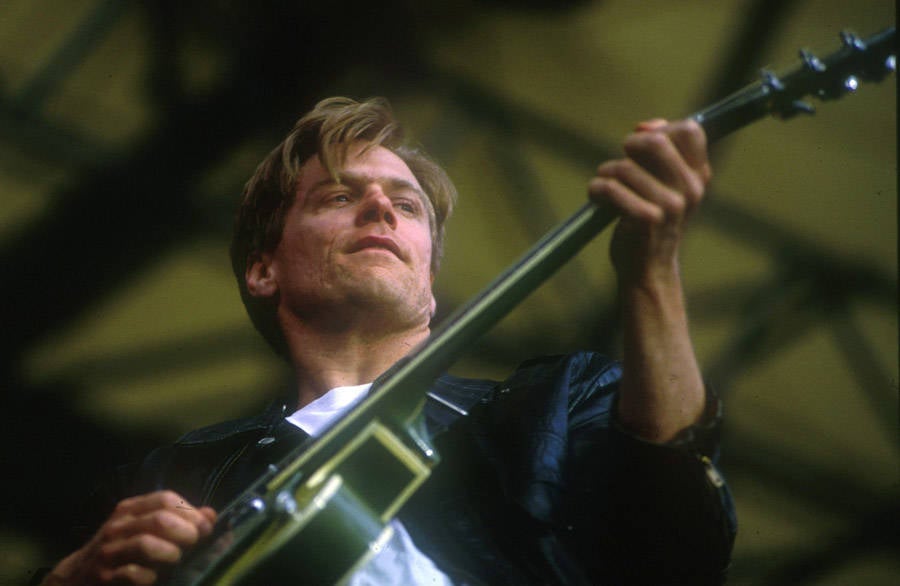 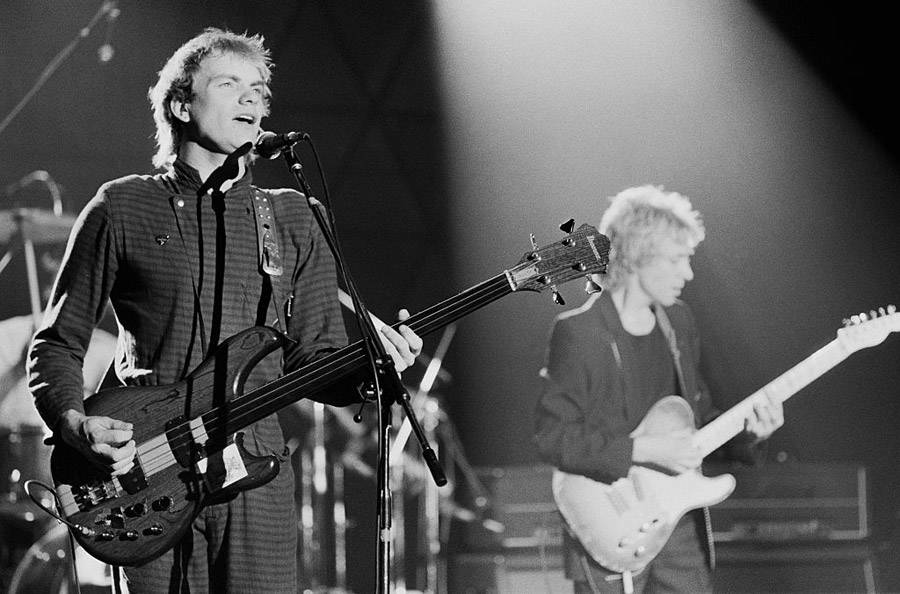 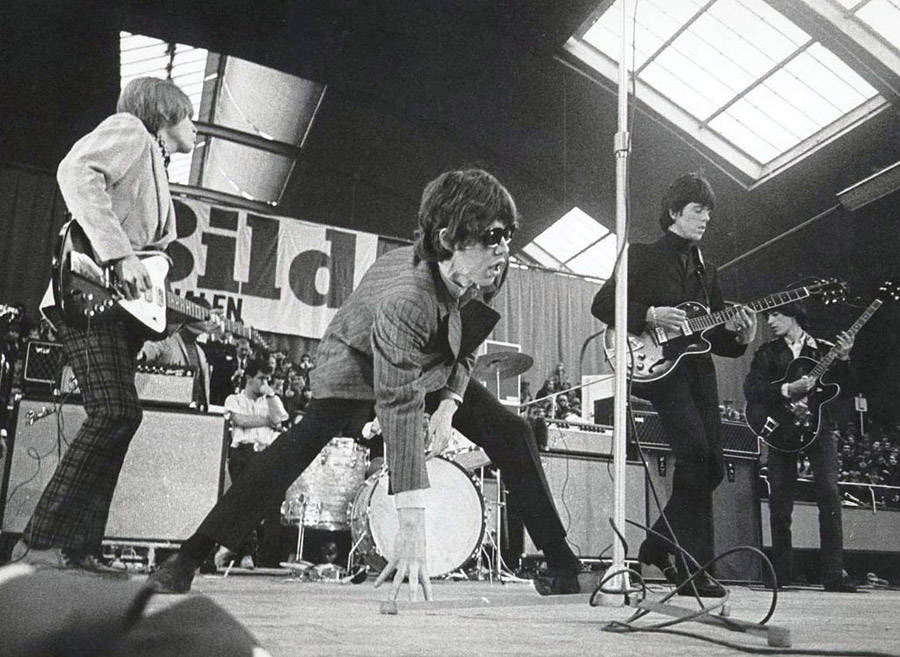 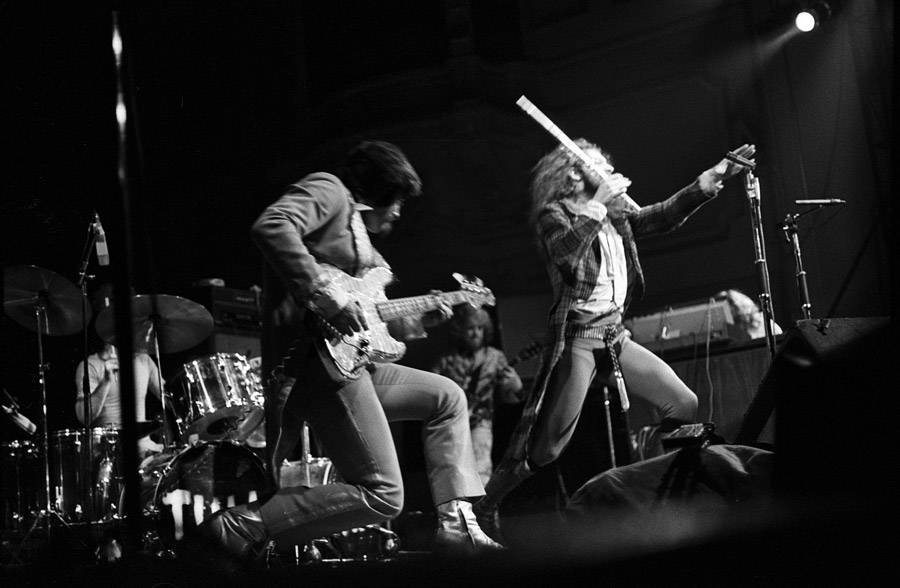 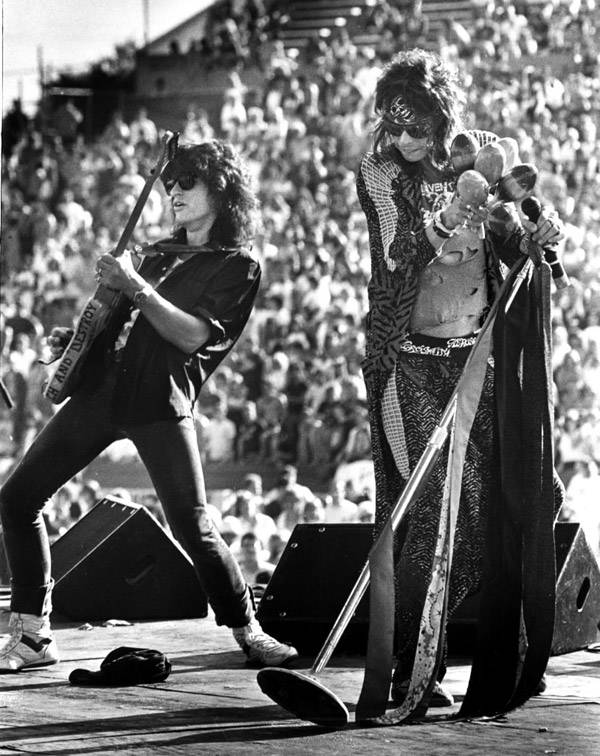 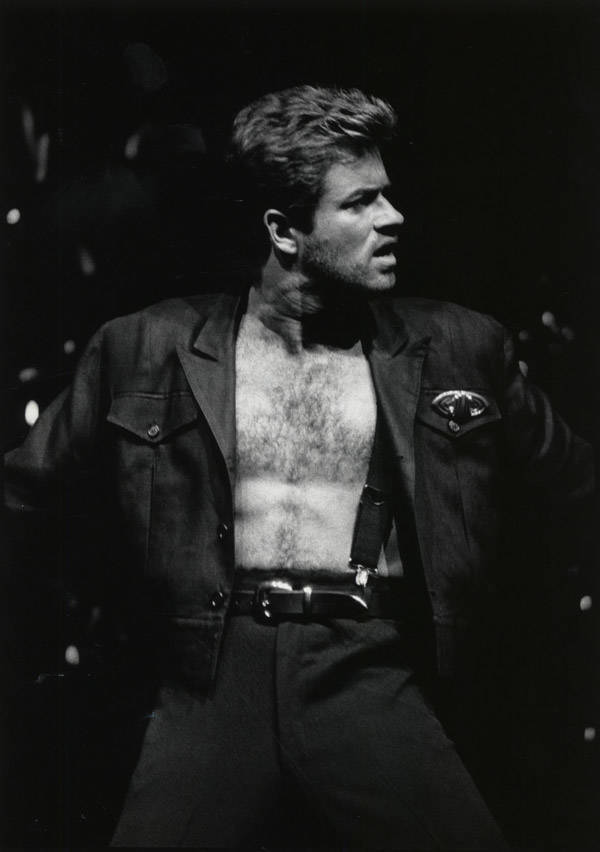 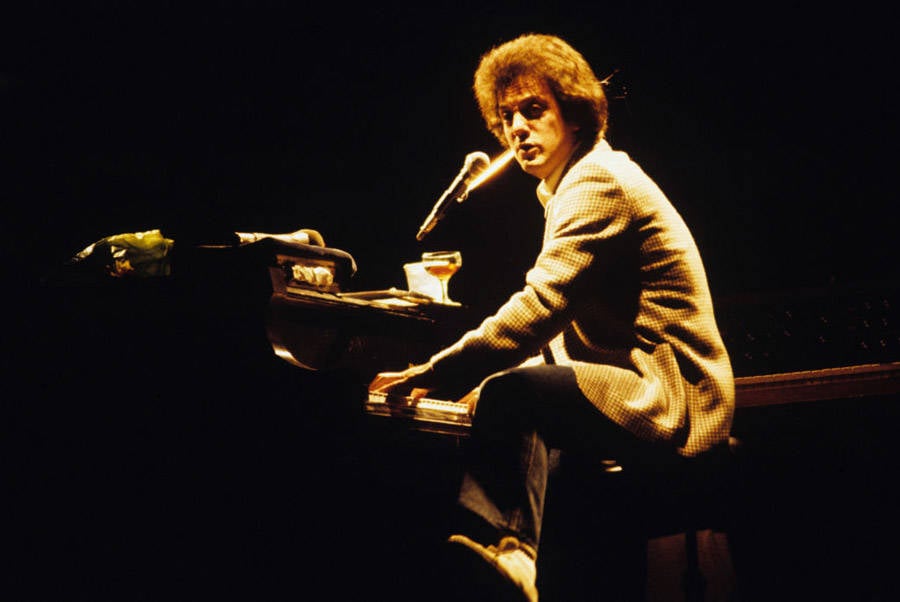 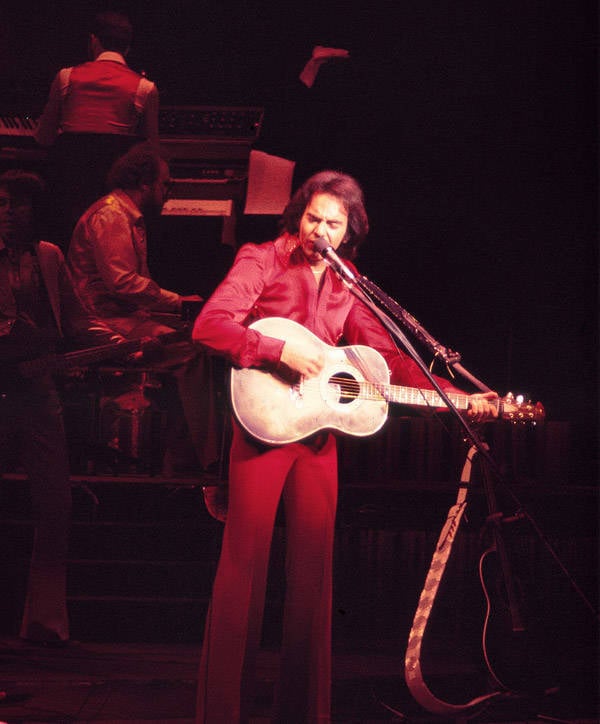 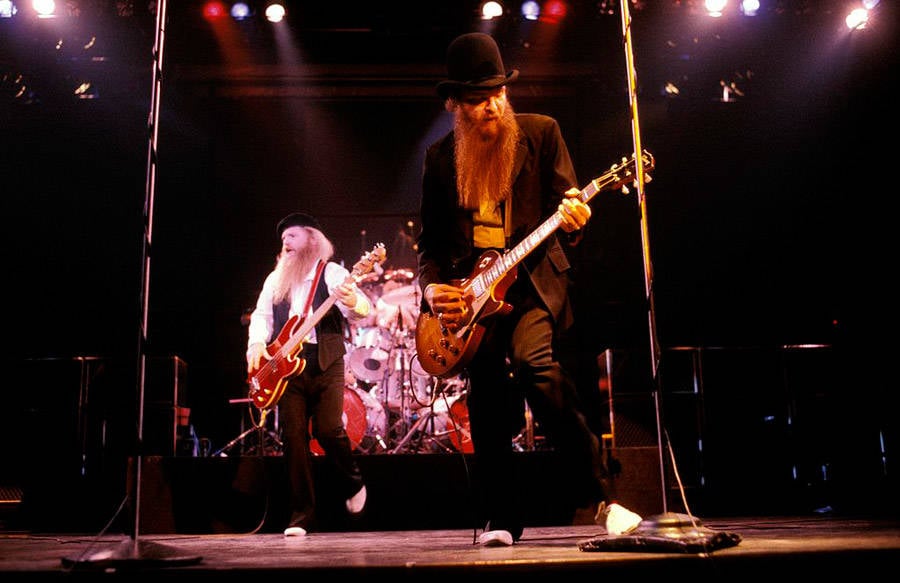 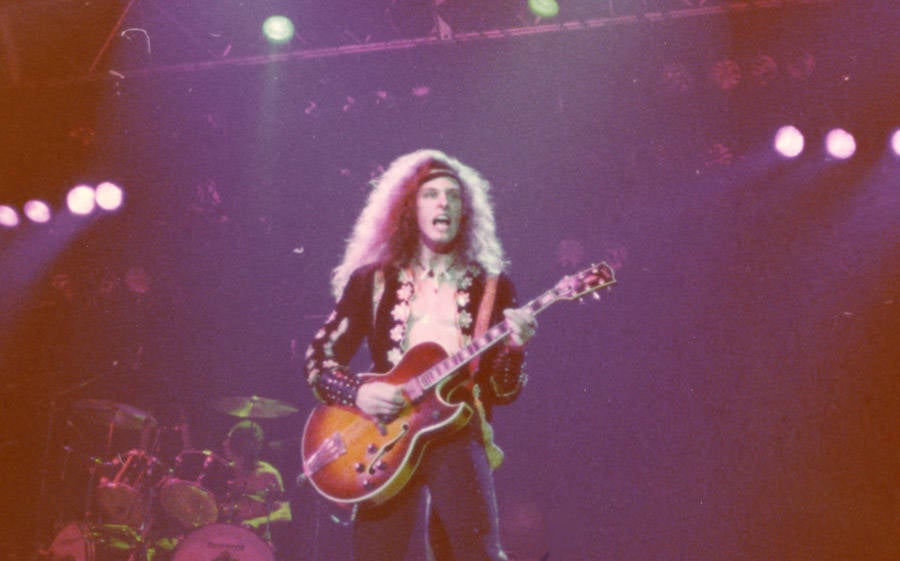 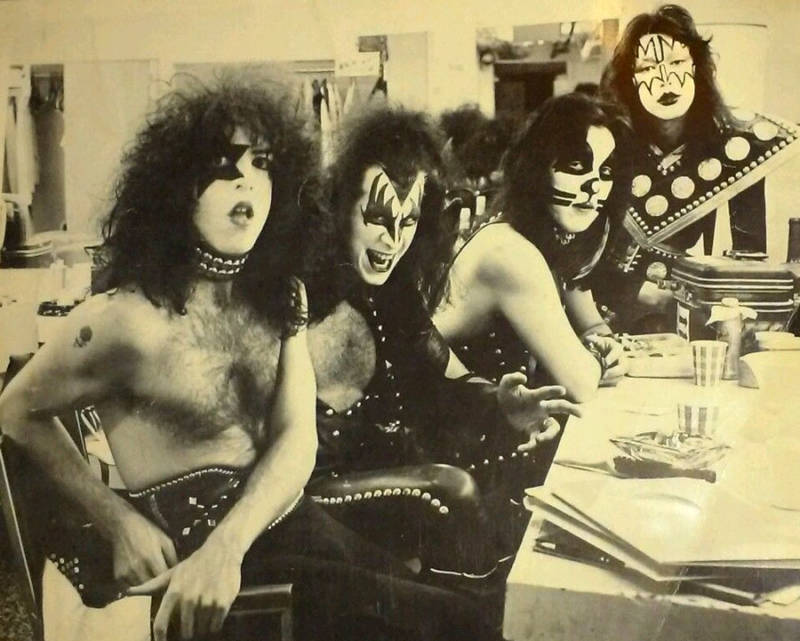 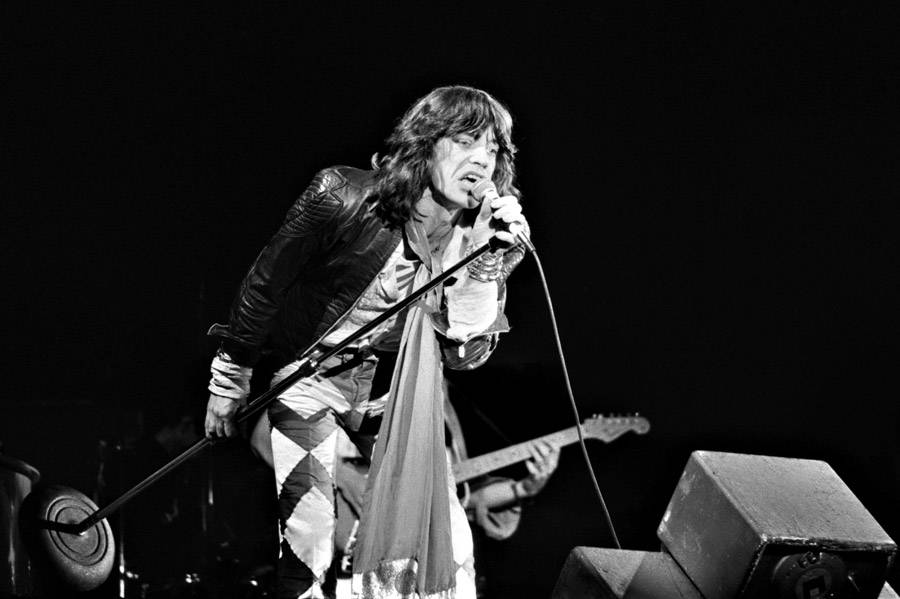 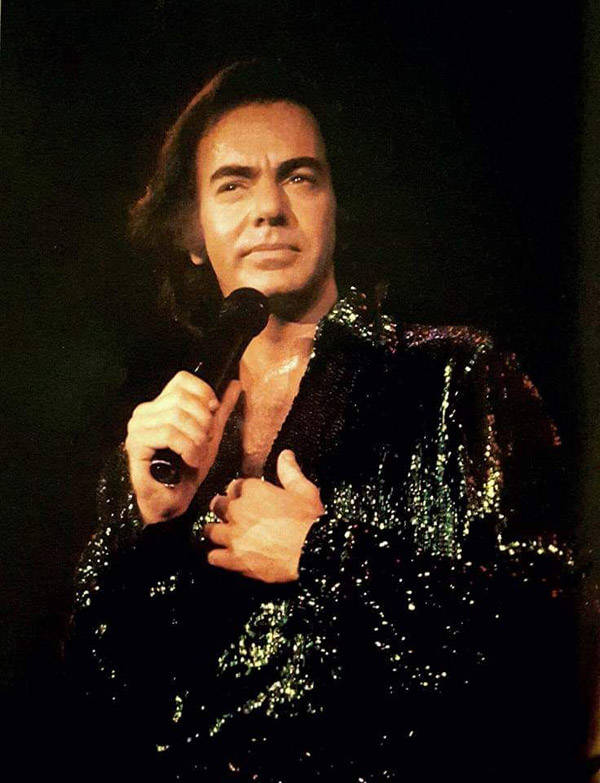 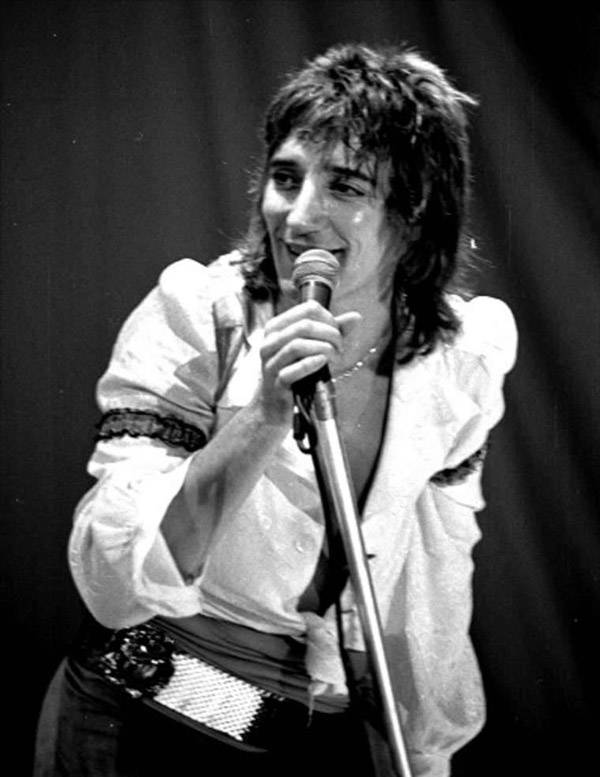 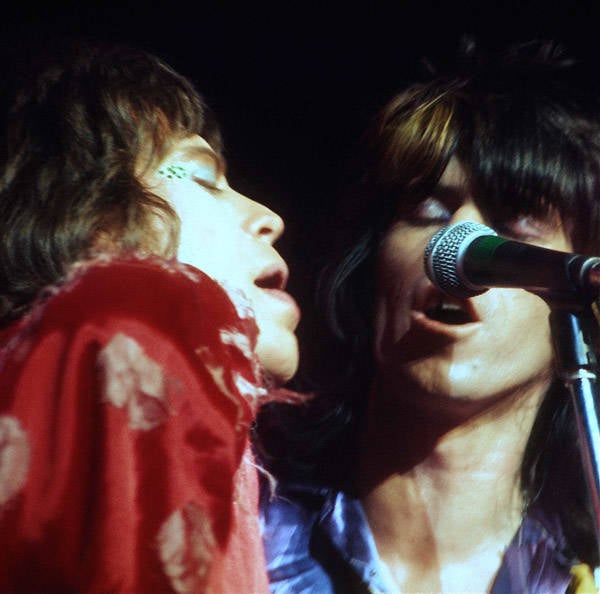 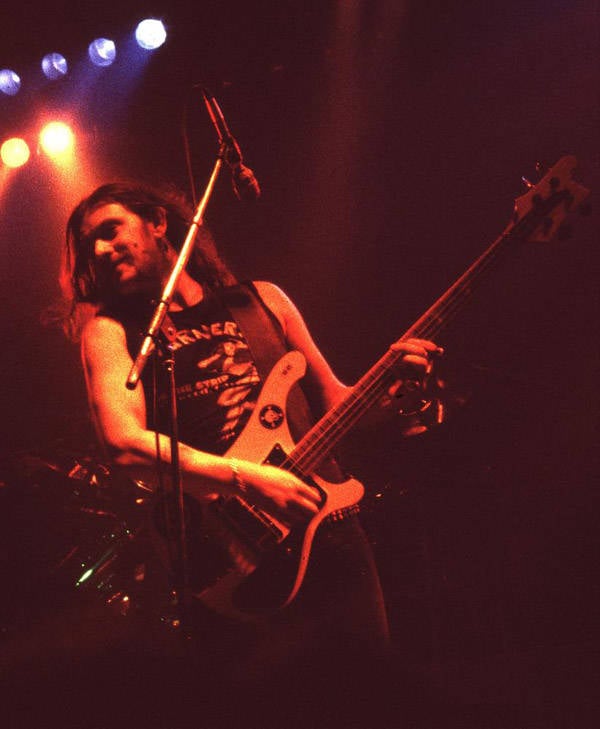 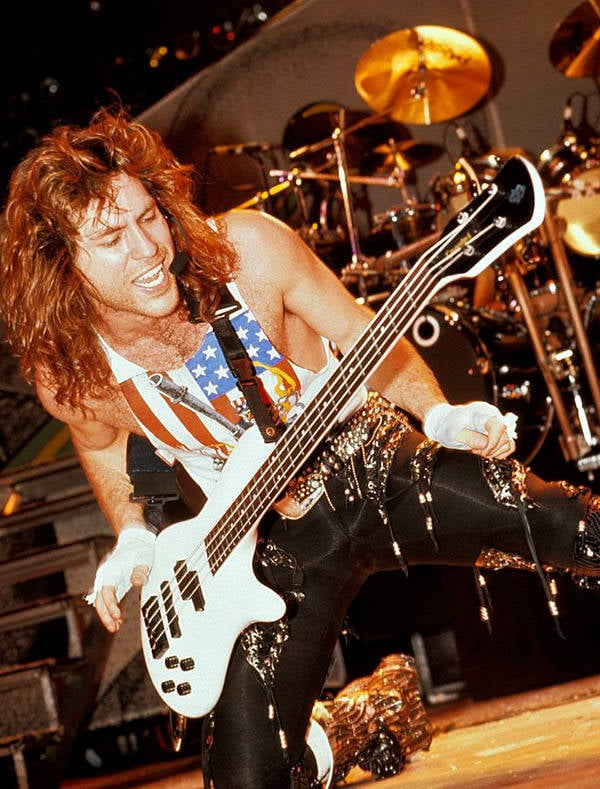 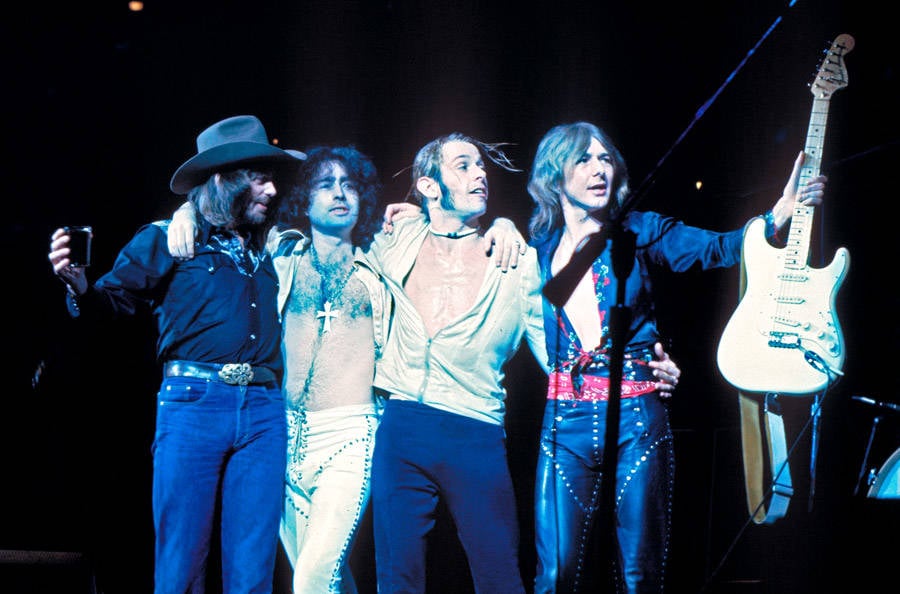 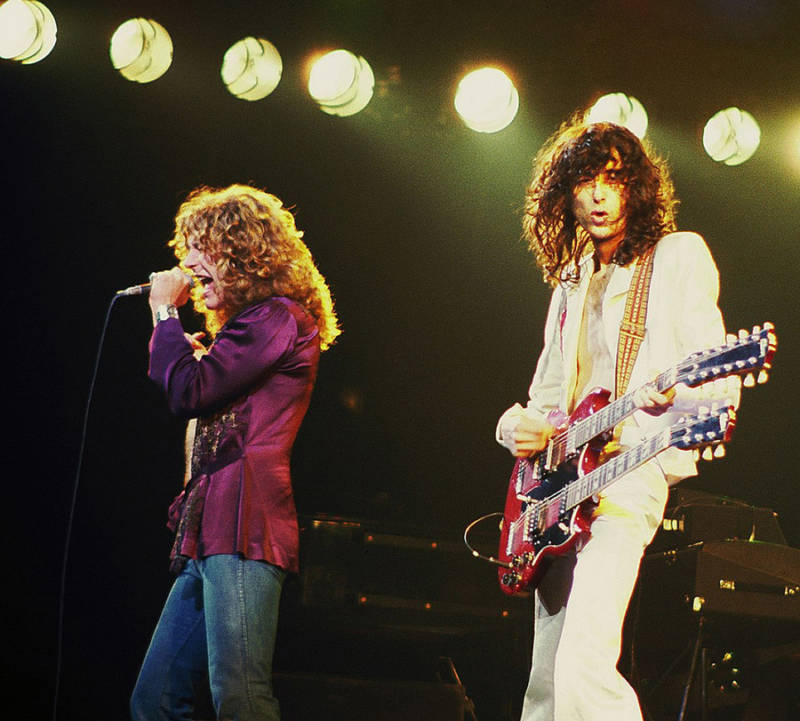 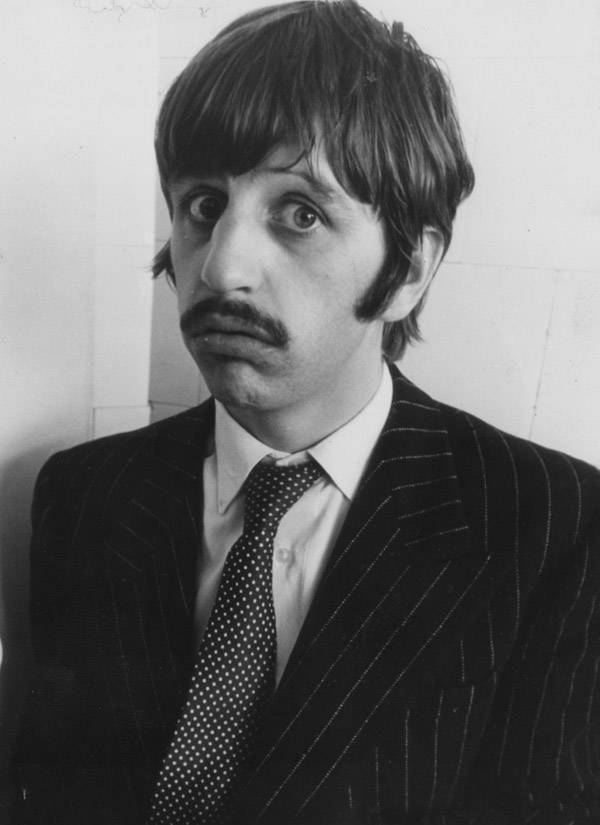 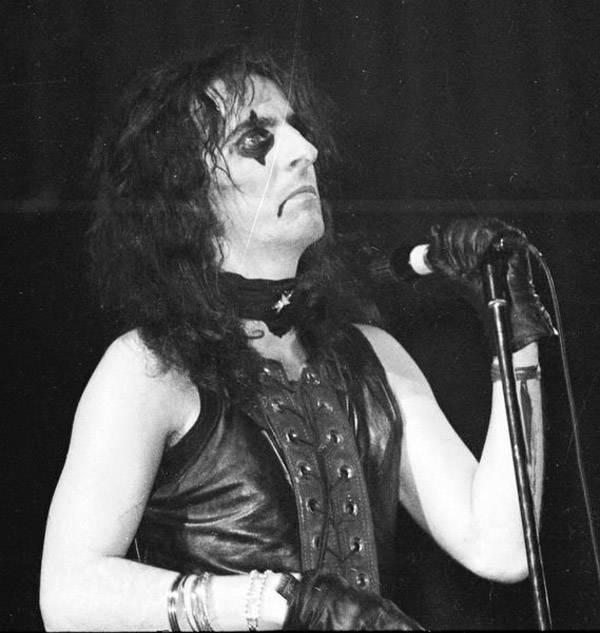 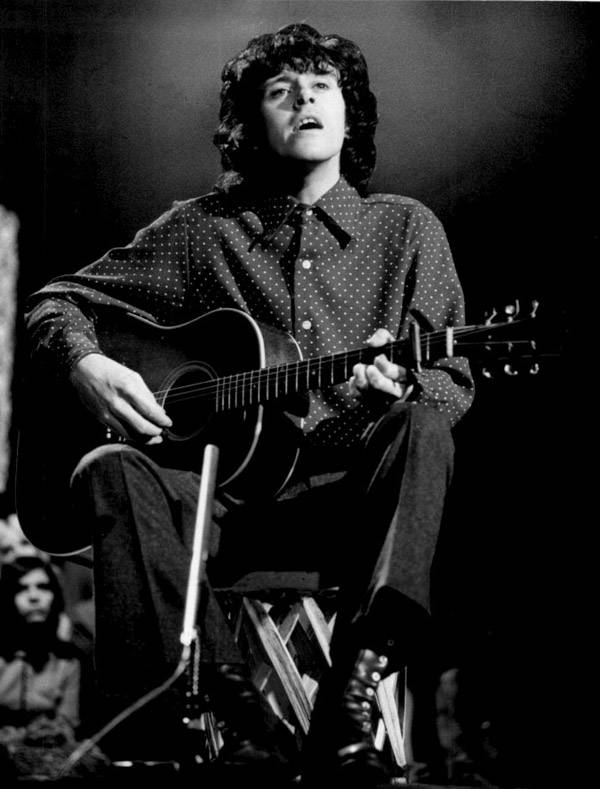 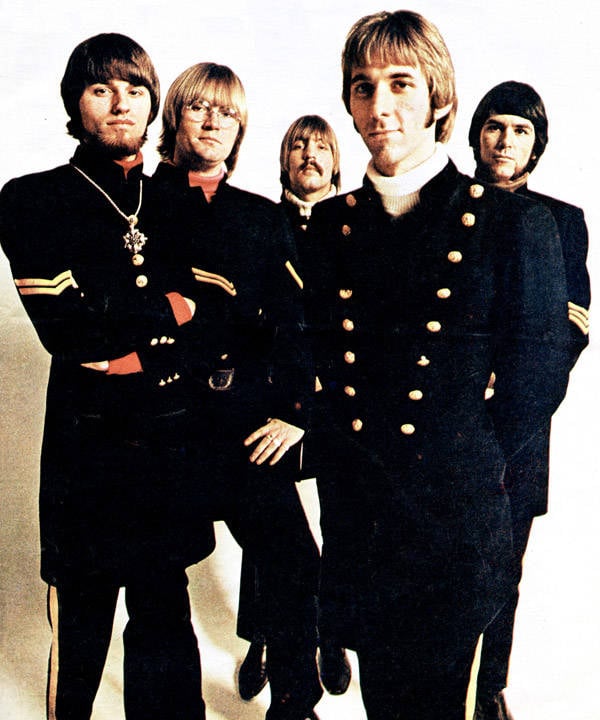 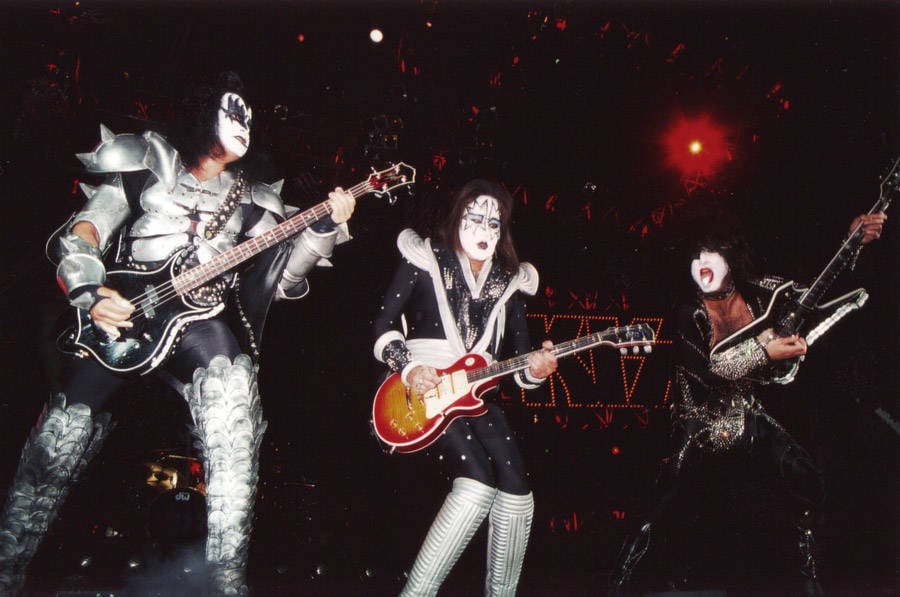 The Knack: "My Sharona"

Vocalist Doug Fieger confessed that the song was written about his pining for 17-year-old Sharona Alperin, despite being seven years her senior.

Never gonna stop, give it up, such a dirty mind/I always get it up, for the touch of the younger kindFlickr
2 of 26

"I should admit that my buddy Brodie bet me I couldn’t write a hit song with 69 in the title," confessed Adams. Which makes sense because Adams was just 10 in 1969.

Standin' on your mama's porch/You told me that you'd wait forever/Oh, and when you held my hand/I knew that it was now or neverHorstmann/ullstein bild via Getty Images
3 of 26

The Police: "Every Breath You Take"

Sting has confessed this song is about a stalker, yet it still remains popular in wedding playlists. Go figure.

The song functions as a biography of Albert DeSalvo, the "Boston Strangler" who murdered 13 women in the 1960s.

This hit wastes zero time getting creepy with opening lyrics like:

Steven Tyler's sleazy lyrics speak of a high school boy losing his virginity in ways that are even dirtier than you'd think.

I met a cheerleader, was a real young bleeder/All the times I can reminisce/Ah the best thing lovin' with her sister and her cousinWikimedia Commons
7 of 26

The late pop star has said that the song was not about inappropriate age relations though it's hard to believe him with lyrics like these:

Pick a verse, any verse, of this hit for Billy Joel, and it's clear the lyrics are about a guy pressuring a young girl to give up her virginity.

You got a nice white dress and a party on your confirmation.../But Virginia they didn't give you quite enough information/You didn't count on meWaring Abbott/Getty Images
9 of 26

Basically, Diamond is singing about a guy who claims to be misunderstood for wanting to deflower a young girl.

Please, come take my hand/Girl, you'll be a woman soon/Soon, you'll need a manWikimedia Commons
10 of 26

Billy Gibbons sings of a girl wanting a pearl necklace while also revealing the lyrics to be a double entendre for an eponymous sex act.

She was gettin' bombed/And I was gettin' blown away... And that's not jewelry she's talkin' about/It really don't cost that muchRichard E. Aaron/Redferns/Getty Images
11 of 26

It's surprising the authorities weren't knocking on the Motor City Madman's door after hearing these lyrics.

Well, I don't care if you're just thirteen/You look too good to be true/I just know that you're probably clean/There's one little thing I got do to youWikimedia Commons
12 of 26

It took serious sleaze to stand out on an album called Love Gun and this song delivered.

I don't usually say things like this to girls your age/But when I saw you coming out of the school that day/That day I knew, I knew (Christine sixteen) I've got to have youWikimedia Commons
13 of 26

Mick Jagger said the song was inspired by the Velvet Underground song "Heroin," but draw your own conclusions.

There'll be a feast if you just come upstairs... I can see that you're fifteen years old/No I don't want your I.D./You look so restless and you're so far from homeWikimedia Commons
14 of 26

In 2011, Diamond said a magazine photo of 11-year-old Caroline Kennedy on a horse with her parents inspired the tune.

The English crooner's smash hit tells the story of convincing a girl to give up her virginity with lyrics such as:

The Stones weren't strangers to provocative songs, in this case writing about a slave owner engaging in sex with a young slave girl in this 1971 hit.

Brown Sugar, how come you taste so good/Brown Sugar, just like a young girl shouldWikimedia Commons
17 of 26

Yep, two songs titled "Jailbait" on our list and this one's no less pervy than Nugent's.

The lyrics to this 1980s hair metal tune read like a statutory rape PSA.

The bombastic arena rock song's opening lyrics toe the line between persistence and refusing to take "no" for an answer.

Ah ah child way ya shake that thing/Gon' make you burn, gon' make you sting/Hey, hey baby when you walk that way/Watch your honey drip, I can't keep awayWikimedia Commons
21 of 26

To give the Beatle a little credit, the song was written by the Sherman Brothers. Still, it's hard not to raise an eyebrow when a man in his 30s sings...

You're all ribbons and curls, ooh, what a girl/Eyes that sparkle and shine/You're sixteen, you're beautiful and you're mineBeatsgrl/Flickr
22 of 26

Cooper once said that the concept behind the album from which this song comes was, “exploiting the idea that people do have sick perversions.”

We go dancing nightly in the attic/While the moon is rising in the sky/If I'm too rough, tell me I'm so scared your little head will come off in my handsWikimedia Commons
23 of 26

Nope, it's not an ode to a soft drink. The singer wrote it in 1966 when he was 20 and way too old to be chasing eighth-grade girls.

Somehow, this song failed to raise the eyebrows of parents in 1968. On the plus side, at least he warns the girl to run.

Young girl, get out of my mind/ My love for you is way out of line/Better run, girl, You're much too young, girlGAB Archive/Redferns/Getty Images
25 of 26

The band hinted at earlier relationships between girls and much older men with this 1974 track.

Little lady, can't you see/You're so young and so much different than I I'm 93, you're sixteen/Can't you see I'm goin' blind Wikimedia Commons
26 of 26 I met a cheerleader, was a real young bleeder
All the times I can reminisce
Ah the best thing lovin' with her sister and her cousin

Those lyrics are exceptionally dirty no matter how you cut it. Yet, you've probably heard or even sung them as part of the chorus to Aerosmith's hit Walk This Way more times than you can count — and perhaps not truly internalized just what was being said and how dirty it actually was.

The old motto "sex, drugs and rock 'n' roll" has served that music well over the years. The genre has always embraced sex and drugs to the fullest, often casting aside any moral compass when it comes to the former.

Some of the most popular and acclaimed rock songs of all time contain lyrics — whether we realize it or not — that hint at less than pure intentions. While fans belt out classic songs' catchy choruses, they might be surprised to learn that some of those lyrics' subject matter crosses the line into the realms of sexual assault and pedophilia.

Even when a song's lyrics aren't superficially eyebrow-raising, a little research into the song's origins can cast these lyrics in an entirely different — and creepy — light.

See what we mean in this dive into the surprisingly dirty songs from rock's perverse side above.

Enjoy this article about dirty songs throughout rock history? Next, check out the rock and roll groupies who changed music history. Then, get to know more about the king of rock and roll with these strange Elvis Presley facts. Finally, read up on the legendary rock and roll escapades of GG Allin.