From Hollywood Starlet To Cloistered Nun: The Conversion Of Dolores Hart

Dolores Hart was compared to Grace Kelly and starred opposite Elvis Presley, but she gave up fame at just 24 to live a monastic life as a nun, renouncing all earthly pleasures.

It was 1963 and Dolores Hart had the world at her feet. As she nurtured a budding film career, a crowd of ardent admirers grew around her.

All of Hart’s blessings were sustained by her fresh, all-American screen presence that blended Ann Margaret and Lauren Bacall. A gentle kiss shared between Hart and mid-century heartthrob Elvis Presley had allowed her to step out of obscurity and into the limelight. 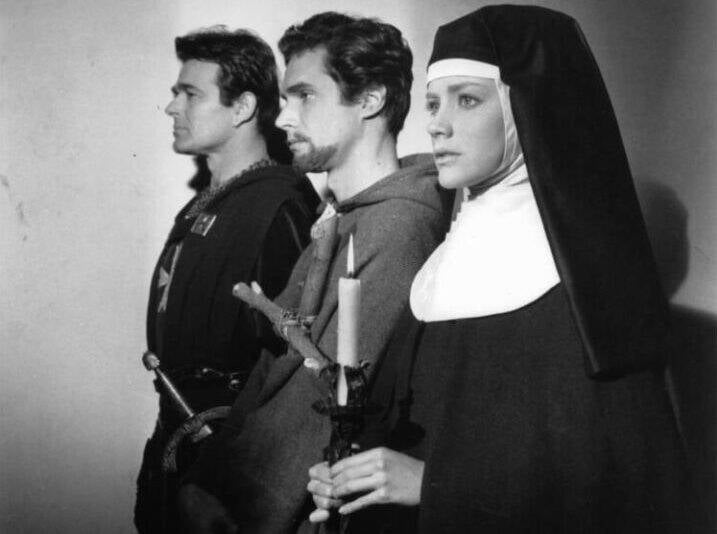 20th Century-Fox/Getty ImagesDolores Hart played a nun in Francis Of Assisi in 1961. Just a few years later, she became one in real life.

But 1963 would also be the year when Dolores Hart shocked Hollywood and the rest of the world by renouncing her starlet career. She gave up the life that had paired her with the “King of Rock and Roll” and instead decided to follow the “King of Kings.” With hardly a backward glance, Hart tossed away her promising acting career and sought refuge as a nun.

This is the story of Mother Dolores Hart, the reverse Fräulein Maria.

Dolores Hart: In The Beginning

In a life replete with surprises, one of the first is that Hart wasn’t born Catholic, though she was named after another nun, her Aunt Dolores Marie.

Dolores Hicks was born on October 20, 1938, to teenage parents named Bert and Harriet, who were both aspiring actors. She would primarily be raised by two grandparents in Chicago. Her father, following his dream to be in the pictures, departed for Hollywood, leaving behind a 3-year-old Hart. 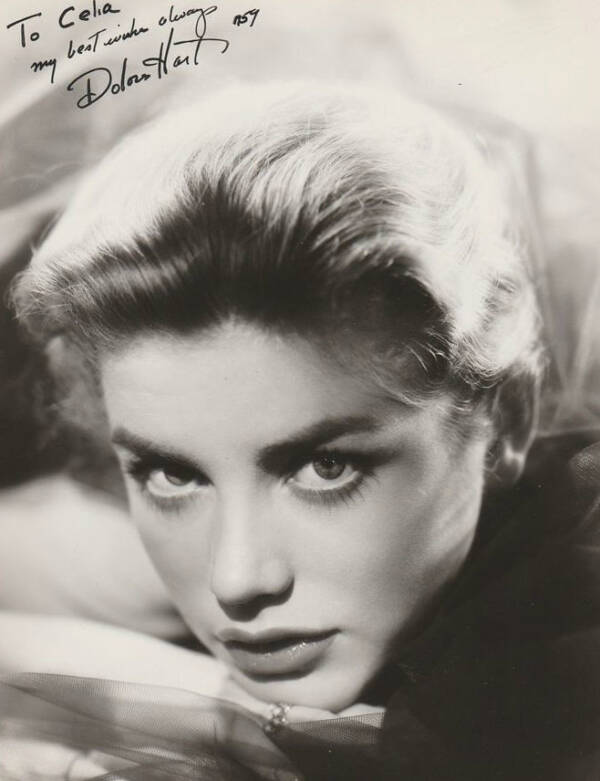 She grew up around family, including a great-grandmother who would routinely bestow advice of the heart to her as she braided her granddaughter’s locks: “Don’t ever cut your hair, dear, until it’s really love.”

As a child, Hart was sent to a parochial school called St. Gregory because it was close to her home. As Hart explains it: “My grandparents didn’t want me to get run over by streetcars.”

Hart’s family life was light on religion but she nevertheless converted to Catholicism at the tender age of 10. Years later, Mother Dolores Hart confessed that it hadn’t been the call of The Holy Spirit that brought her into the fold at such an early age. Rather, it was because the Catholic children got treats after communion, and the other children were excluded.

She said, “That’s how they got me, chocolate milk and doughnuts.”

But long before surrendering to catechesis and sacraments to sate her sweet tooth, Hart’s heart had been stolen by another great love: film. 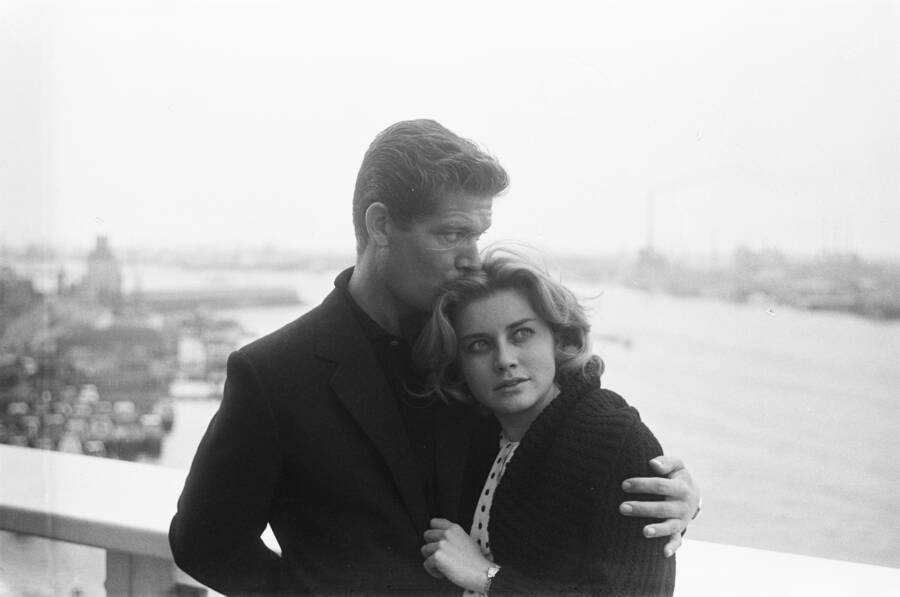 Hart’s grandfather was a projectionist at a movie theater, and young Hart would accompany him to the projector booth (she said it was her job to rouse him after he fell asleep manning the reel). She’d stare at the films from the booth, and watch the larger-than-life figures light up the screen. Like her parents before her, Hart felt the bite of the acting bug.

After playing the lead in a Los Angeles school production years later, Hart confessed to an admirer that all her acting techniques came from watching movie performances in that projector booth.

A Rise To Stardom

Dolores Hart moved to Los Angeles to live with her mother, and began auditioning for roles in high school (notably for Saint Joan, the Joan of Arc vehicle that skyrocketed Jean Seberg to fame and notoriety).

She didn’t get that part, but she did make it to Marymount College and soon broke into the movie industry.

Her career picked up steam almost miraculously — she appeared in Lonelyhearts with Montgomery Clift and Wild is the Wind with Anthony Quinn, stepping with ease into playing the role of the innocent ingenue.

The performance she’s most remembered for, however, was her first as a leading lady opposite Presley in Loving You.

Dolores Hart was only 18 years old when she shot Loving You alongside Elvis Presley.

“I think the limit for a screen kiss back then was something like 15 seconds. That one has lasted 40 years,” recalled Hart.

She was a star on the rise, dubbed “the new Grace Kelly.” While she denies ever becoming involved with Elvis, she did have a romantic life. Hart became engaged to a longtime boyfriend, the businessman Don Robinson.

Invitations were sent out, and as a mark of Hart’s ascendance to true mid-century Hollywood aristocracy, Oscar-winning costumer Edith Head designed her wedding gown.

And, almost as quickly as her star rose, she snuffed it out. In 1963, aged 24, Dolores Hart ended her engagement and announced that she was renouncing Hollywood to sequester as a nun.

“Even my best friend, who was a priest, Father Doody, said, ‘You’re crazy. This is absolutely insane to do this,'” Hart told the Washington Post. Her aunt, Sister Dolores Marie, who had given Hart her namesake, “was livid. Because she loved having a niece who was famous.”

What made this beautiful young woman give up her earthly paradise?

One push came in the form of a role. She starred in the film Lisa, in which a Jewish World War II refugee has a spiritual awakening in British Palestine.

“That film was the one that made me really think about the possibility of being a nun. I’ve never really spoken about it until now,” Hart recalled in a 2008 interview.

Another pull was made of brick and mortar — she had known what a nun’s life was like because she was a frequent visitor to a convent. One weekend, seeking tranquility, she visited a Connecticut convent called the Regina Laudis Abbey. She found peace and her future home. 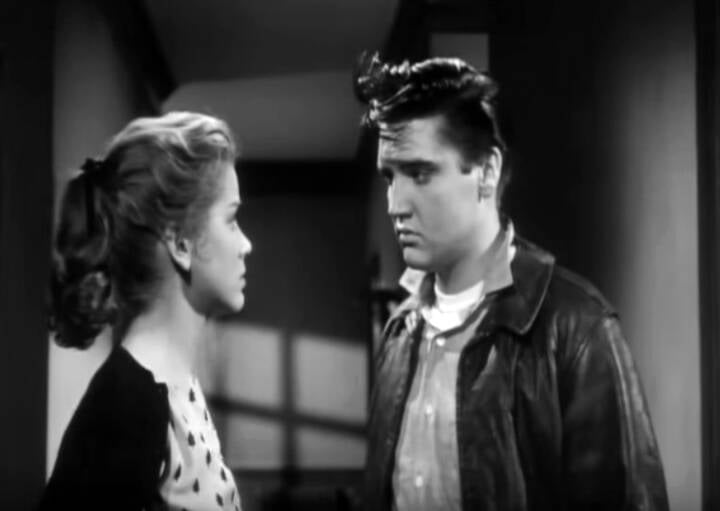 “After that, whenever I was on the East Coast, I would go there,” she said. “I began to notice each time I went it was becoming harder and harder to leave. I had this feeling. I was home.”

The Abbey became a source of strength and connection for Hart. When she was having cold feet about her engagement, she went to her spiritual home for clarity.

“In a blinding snowstorm I took a walk up the hill where the founder had put a cross and an altar. When I found the altar, I knew I had to talk to the Abbess,” recalled Hart.

The Abbess asked the actress: “What is it that you want?”

If this were one of her religious films, Hart would have heard God speak with her directly. It didn’t go down quite so dramatically in real life. 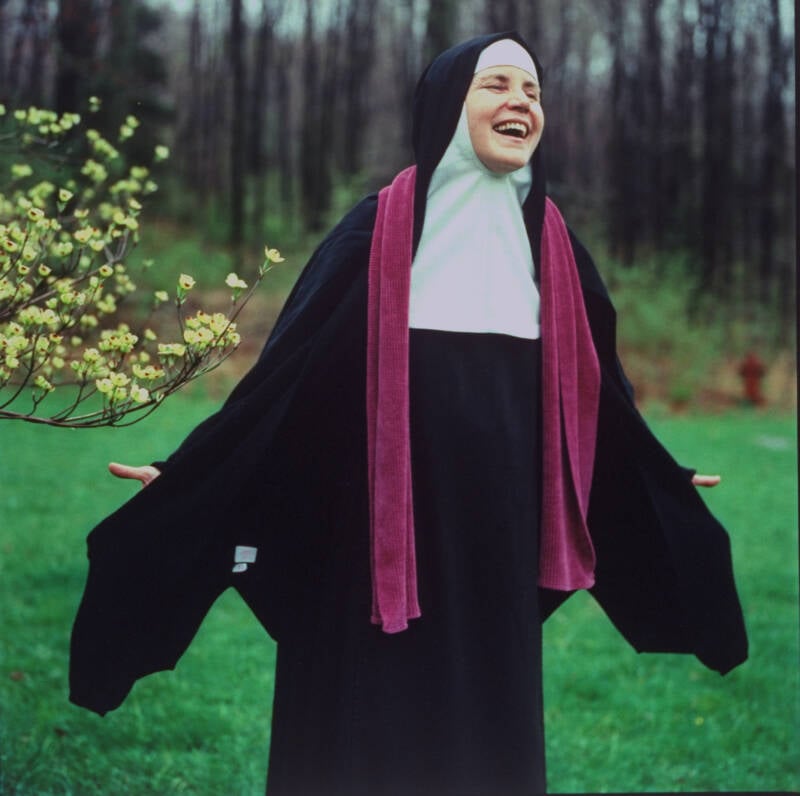 Years passed before she was certain, but she realized she wasn’t meant to be married to a man. She felt she was supposed to be devoted to God. After informing her fiancé of her decision, he recalled years later:

“I was crushed. Are you kidding? I’m a human being. I loved her deeply and still do, and I always will.”

Robinson, as a devout Catholic, ultimately supported Hart’s decision. Her work complete, Hart sheared off her beautiful golden hair and took her vows in 1966.

But she didn’t retreat from the world entirely. Once Dolores Hart became Sister Dolores, she still recognized that there was purpose in acting, and founded an open-air theatre on the Abbey grounds.

She said, “It wasn’t until we started a theater on the Abbey land that I really could see how I could help young people find their vocation in Christ through the medium of the theater.”

Mother Dolores Hart reflects on her transition from Hollywood to holy vows.

Mother Dolores Hart has published several books, and she was the subject of 2012 HBO documentary God Is The Bigger Elvis, which was nominated for an Oscar.

She still finds time to counsel friends from her old life when they visit her abbey. In a 2013 interview, Hart recalled a theological discussion she had with one friend, a retired actress, about the nature of the afterlife.

Hart said, “Once we were talking about heaven and Valerie said, ‘I’m not Catholic, so what does it mean, when you go to heaven, that you’re going to get your body back? And I said, ‘That’s what the Lord says.’ And Valerie said, ‘When I go I’m going to ask him for my boobs when I was 18, my waist when I was 33 and my ass when I was 36.’ And I said, ‘Valerie, if that’s what you want, ask for it. Faith teaches you to ask for whatever you need.'”

From young convert to film starlet to religious figure, Dolores Hart’s life has been the stuff of modern-day hagiography, a story destined to inspire more film adaptations in the future.

For more stories about nuns like Dolores Hart, read about these Catholic sisters who have devoted their lives to weed and the story of Catalina De Erauso, a cross-dressing warrior in 17th-century Spain.