Though Tiger King star Carole Baskin has denied any role in the 1997 disappearance of her husband Don Lewis, police have reopened the case.

While the Netflix documentary Tiger King: Murder, Mayhem and Madness left viewers obsessed with Joe Exotic, he wasn’t the only larger-than-life character on the screen. His arch-nemesis, animal sanctuary rival Carole Baskin, had her own astounding story — including her possible murder of her first husband, Don Lewis.

The unsolved mystery of Jack “Don” Lewis’ disappearance lingers on after the conclusion of the seven-part documentary series. Lewis, a self-made millionaire, vanished into thin air in 1997 after altering his will to give Baskin his property rights in the case of his disappearance.

The unusual addendum, though suspicious to local authorities and rivals alike at the time, had been largely forgotten until the 2020 premiere of Tiger King. With renewed attention on the matter, Hillsborough County officials once again began asking: What happened to Don Lewis, Carole Baskin’s husband? 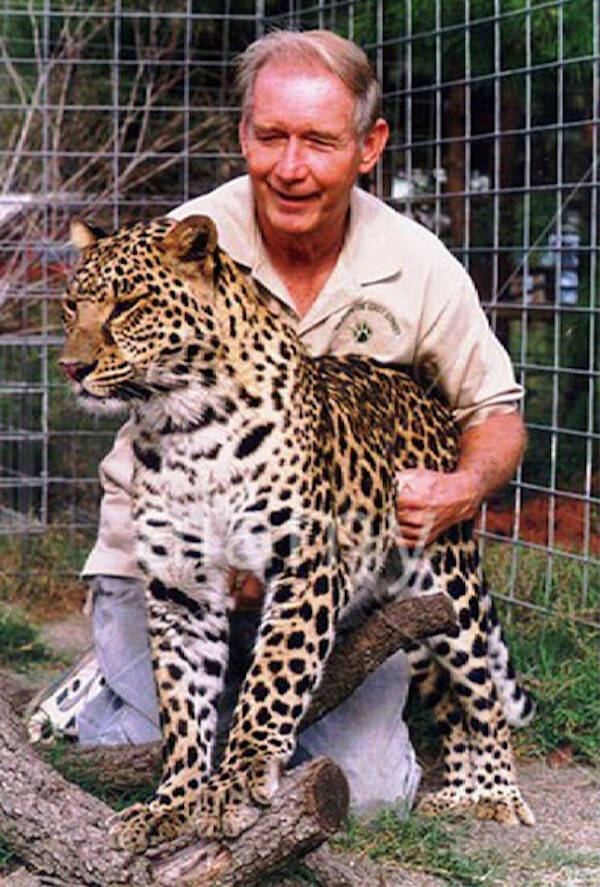 “I figured it was a good time to ask for new leads,” Sheriff Chad Chronister posted on Twitter in the wake of Tiger King. “Only you can help solve the Jack ‘Don’ Lewis cold case.”

Some say that Carole Baskin killed her husband, fed him to the couple’s tigers, and then destroyed all the evidence with her on-site meat-grinder. But did she? Or did he make himself disappear?

Inside The Relationship Of Carole Baskin And Don Lewis

Carole Baskin ran away from home in 1977 at the age of 15. With dreams of being a veterinarian, the teenage girl spent her early years hitchhiking and married her abusive first husband, Mike, when she was just 17.

During a particularly bad night, Baskin ran away from her husband. She was walking beside the road when a good Samaritan pulled over to ask if she needed help.

The man told her if she didn’t feel safe enough to get in the car, she could point a gun at her as he steered. He then wrapped his hands around her neck and said he could choke her to death.

“I know,” Baskin said — before spending the night with him at a motel.

“I fell in love with him then and there,” she wrote in her diary. 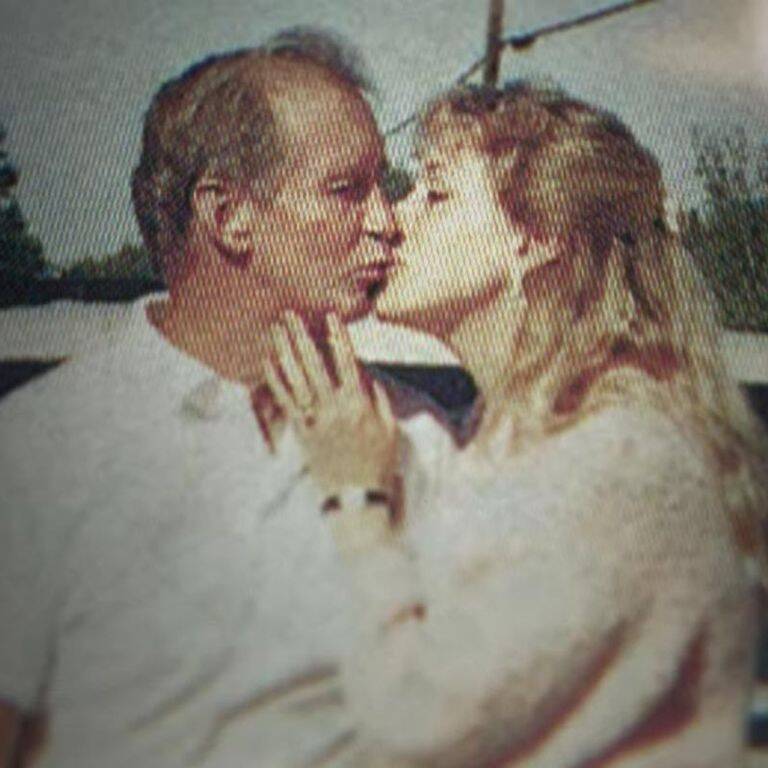 NetflixDon Lewis kept a tight lid on his personal finances before disappearing.

The man said his name was Bob Martin, and that he worked for a rich businessman named Don Lewis. Both Baskin and Martin were married, so their relationship would have to remain a secret. While the man told the truth about his wife, he lied about his name — he was the rich businessman.

The two lovers left their respective partners in 1991 and bought their first bobcat. Happy as two cat-loving clams, they began breeding big cats and made a sizable, 40-acre sanctuary their home. Within a few years, over 100 cats roamed their “Wildlife on Easy Street” property.

They soon clashed over the day-to-day operations, however. Lewis wanted to breed, sell, and profit from the animals. Baskin increasingly felt this was immoral — which became the primary issue she later had with Joe Exotic, who survived on breeding big cats at his Oklahoma G.W. Zoo. 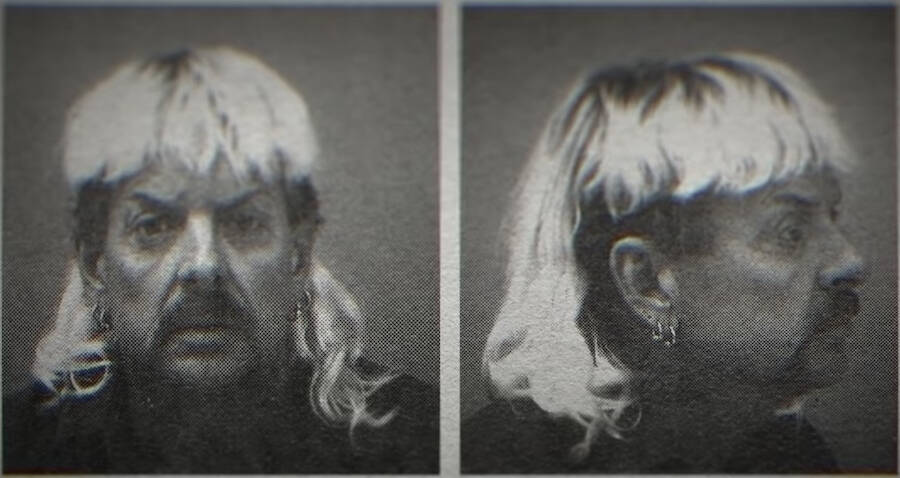 Baskin began to describe her husband as “venomous” in her diary. Their fights grew, revolving around money and treatment of their animals. Baskin felt her control over Easy Street slipping away.

Lewis filed a restraining order against Baskin in June 1997 and told police she threatened to shoot him if he didn’t leave.

The petition was rejected, but Lewis gave a copy to his secretary — should anything happen. Only a few weeks later, Carole Baskin’s husband disappeared.

What Happened To Don Lewis? Did Carole Baskin Kill Her Husband?

The last person to see Don Lewis was Carole Baskin. She claimed he woke up early one morning and said he was traveling to Miami. Though his van was discovered abandoned at a local airstrip — and Lewis was an experienced albeit unsafe pilot — none of the employees reported seeing him.

NetflixLewis filed a petition for a restraining order against his wife, shortly before he went missing.

There was no evidence his plane took off, though Baskin claimed he likely flew under the radar to avoid being detected. This alleged desire to secretly escape, however, began to bother those closest to Lewis. It only took a few days for his daughter to publicly accuse Baskin of killing Lewis.

Did Carole Baskin kill her husband? Lewis’s daughter claimed Carole could easily feed his dismembered and ground-up body to the tigers, without a shred of physical evidence remaining.

Perhaps most distressing was that Lewis’ will had been modified — and now stated that his property rights should transfer to Baskin if he disappeared.

Nonetheless, police never named her as a suspect. While Lewis’ family refrained from getting embroiled in a financially draining legal battle with Baskin, Joe Exotic remained foolishly undeterred.

Unfortunately for him, a lawsuit from Baskin left him destitute — then he was arrested for a murder-for-hire plot against Baskin in 2018.

While Lewis’ ex-wife Gladys Lewis Clark said Lewis planned on divorcing Baskin before he vanished, Baskin refuted that. Instead, she claimed her missing husband was “suffering mentally,” was forgetful, and often didn’t know where he was.

Baskin suggested that if his solo-flight to Costa Rica via Florida turned sour, no evidence of his body or the plane would be found.

She also suggested he could be lost, unaware of his identity, and that this is just as likely a reason for his disappearance as any of the grisly alternatives being lobbed at her by rivals. 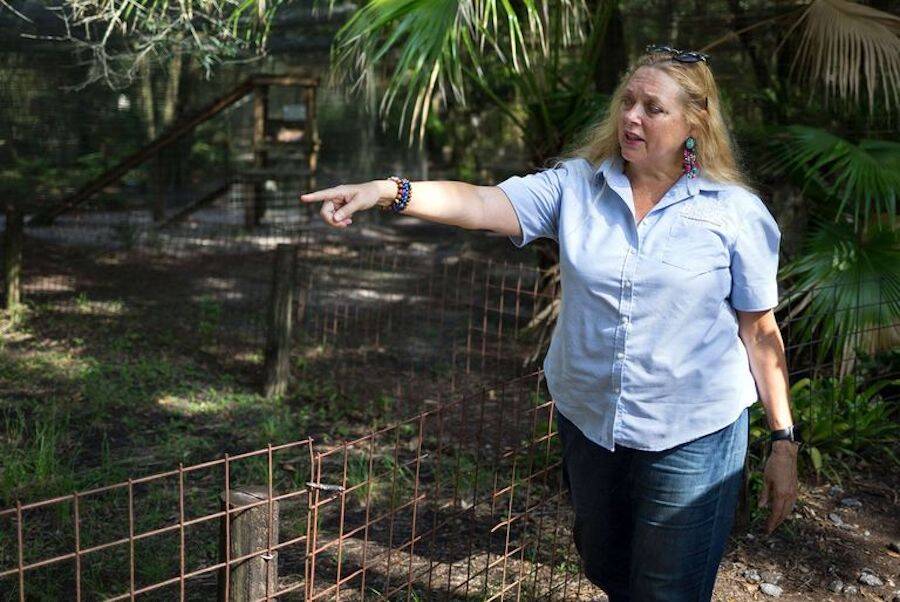 NetflixCarole Baskin posted a meat grinder on her website’s refutation of the Netflix documentary, stating she doesn’t own one big enough to grind up a person’s limbs.

Fritz said Lewis knew exactly what he was doing. A former associate of Lewis, Wendell Williams, went as far as stating the mental deterioration claims were “all bull.” He accused Baskin of “setting the stage for the dementia and Alzheimer’s” so his disappearance would be left unquestioned.

Most disturbing were the claims of Mark McCarthy, owner of McCarthy’s Wildlife Sanctuary. He told Tiger King producers that one month before he vanished, Lewis “did mention to me that he felt his life was in danger.”

Now, a few weeks after the documentary series hit screens around the world, Hillsborough County authorities have reopened their investigation. Sheriff Chronister tweeted asking for information on the case, saying Lewis would be 81 years old if alive, about 5 feet 10 inches tall, and 170 pounds.

Baskin has since posted a statement regarding the matter on her website, calling the accusations against her “absurd.”

“I never threatened him and I certainly had nothing to do with his disappearance,” she wrote. “When he disappeared, I did everything I could to assist the police.”

Did Carole Baskin kill her husband? She says no. Don Lewis has been missing now for over 20 years.

For those who do have any promising leads, the Hillsborough County Sheriff’s Office can be reached at 813-247-8200.