Don Shirley was a piano prodigy and his passion was for classical music. But because of his race, 1950s America wanted him to stick to pop music. 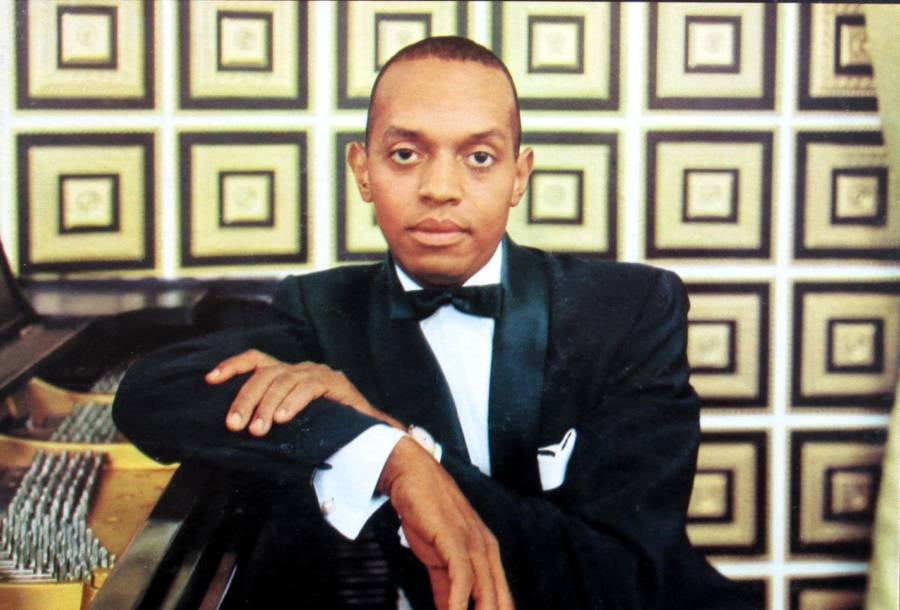 Marks_Records/eBayDon Shirley, as he appears on the cover of his self-titled album, 1957.

Everything in writer Nick Vallelonga’s upcoming film Green Book, he insists, is true. The film follows pianist Don Shirley and he travels through the Deep South in the era of Jim Crow and forms a friendship with his driver, white, Italian-American bouncer, Tony Lip.

Vallelonga perhaps has some credibility in his claim as Tony Lip, after all, was his father.

Vallelonga allegedly made the film with the personal blessings of both Lip and Shirley themselves. He spent years recording interviews with both of the main characters and his script is full of direct quotes from the real men who inspired the movie.

And yet, the movie’s release was not without controversy. Don Shirley’s family publreicly denounced the film as “full of lies”.

It’s a white-savior film, the Shirley family says; a movie where a white man teaches a black man how to enjoy fried chicken and his own culture’s music, and which culminates in Tony Lip’s helping Shirley to give up a stuffy classical music show in favor of pop songs in an all-black nightclub.

None of which, the family insists, is true. The film, Shirley’s niece says, is nothing more than “a depiction of a white man’s version of a Black man’s life.”

Though the real Don Shirley was notoriously private about his life, we do know what happened in Shirley’s life before and after that much-disputed trip began – and inside his life story, there are perhaps some strong hints about the truth surrounding Green Book.

The Early Life Of Don Shirley 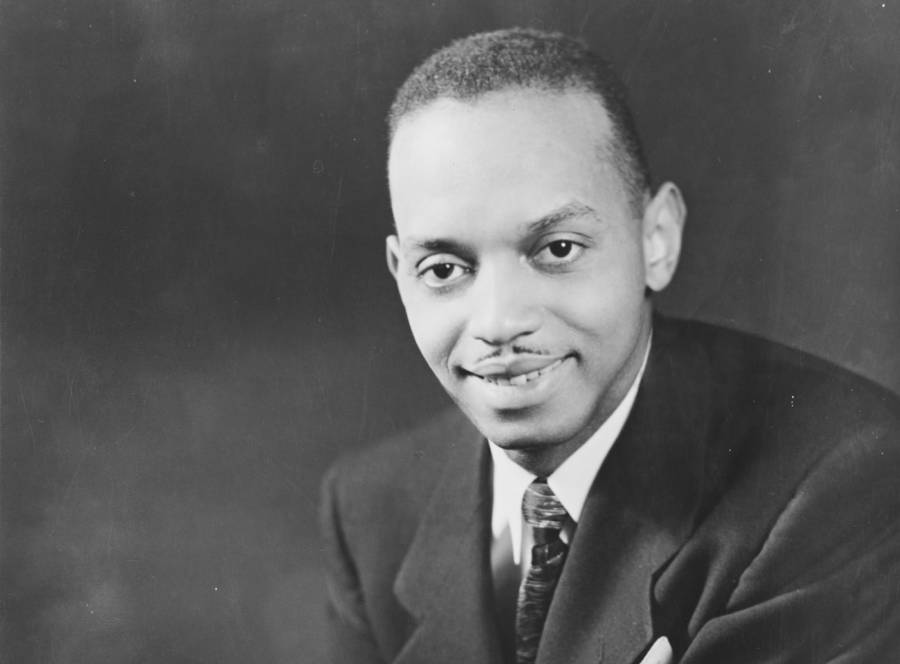 Don Shirley was one of the greatest pianists in the world. He was an absolute prodigy. Born on Jan. 29, 1927 in Penascola, Florida, he picked up the piano when he was just two years old and studied full-time at the Leningrad Conservatory of Music in the Soviet Union at the age of nine. By 18, he’d made his concert debut, and by 19, he’d performed his first original composition with the London Philharmonic Orchestra.

He was incredible; recognized as one of the best of his time. Famed composer Igor Stravinsky himself praised Don Shirley, saying: “His virtuosity is worthy of Gods.”

But he wasn’t just a genius on the piano. He spoke eight languages fluently, was reputed as an expert painter, and earned a doctorate in psychology.

He was the sort of person the world sees once every century and an incredible mind that so far surpassed the average man that it seemed inconceivable that he could even exist at all.

By every right, Don Shirley should have been a household name in his time, but because of his race, he wasn’t.

He was told outright that his skin color was the reason he wouldn’t make it. Sol Hurok, one of the world’s most powerful impresarios – or, in other words, the man who financed the world’s concerts and operas – himself told Shirley that no American audience would ever accept a colored man on a classical music stage.

If he wanted to sell records, Hurok told him, he would have to play “black music” which was jazz. Thus, Don Shirley became a jazz musician, and one who garnered nationwide recognition, but this was not his passion; his passion was the music of Chopin.

Shirley was able, however, to infuse his pop performances with the classical sounds that he loved. His music has been hailed a genre all its own for the influence of classical training he sprinkled through his jazz compositions.

The unique style did not go unrecognized.

At the start of the 1960s, while with a Jazz group he called the Don Shirley Trio, the prodigy made the Top 40 with his hit song “Water Boy.” He befriended Duke Ellington and even played for him. This put Shirley at the center of jazz music’s most revered composers.

Don Shirley did not forget his passions. He tried to use his newfound celebrity to springboard a career as a classical pianist. In the 1960s, he recorded a Rachmaninoff concerto with the New York Philharmonic Orchestra. But even with a famous name behind him, no record company would release it. 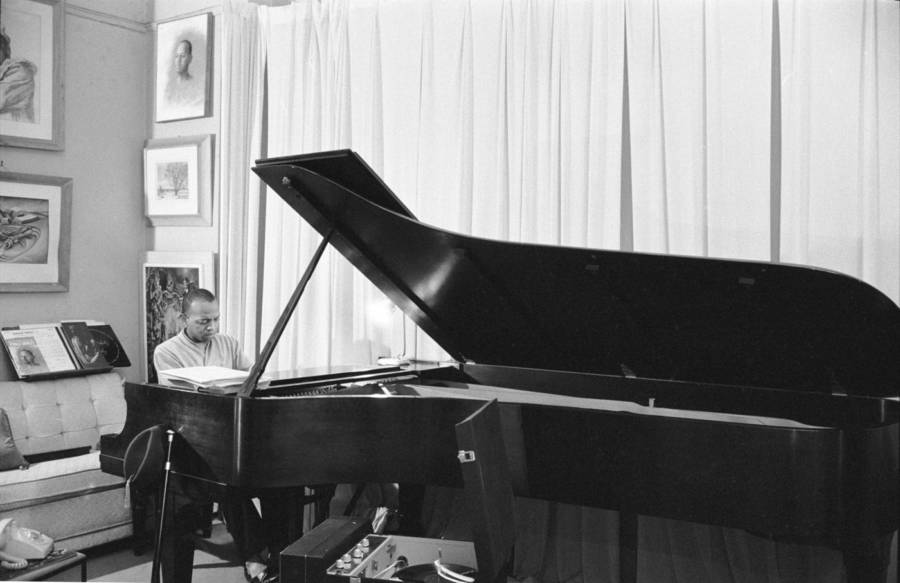 It doesn’t seem that Shirley ever learned to love jazz as much as he loved the works of the old masters. He insisted that, if he was going to play jazz, he was going to do it with “dignity”:

“The black experience through music, with a sense of dignity,” he told reporters. “That’s all I have ever tried to do.”

“I am not an entertainer,” Shirley insisted in an interview with The New York Times in 1982, “but I’m running the risk of being considered an entertainer by going into a nightclub because that’s what they have in there.”

His playing was described as “Chopinesque,” his arrangements were compared to fugues, and he fought furiously against the indignity of improvising on stage.

He spoke about other jazz players with disdain and complained about their mannerisms onstage: “they smoke while they’re playing, and they’ll put the glass of whiskey on the piano, and then they’ll get mad when they’re not respected like Arthur Rubinstein.”

The trailer for The Green Book.

Shirley traveled the country with this music, but in order to do so, had to adhere to The Negro Motorist Green Book, which was a travel guide for African-Americans published from 1936 to 1967 that outlined those areas in which they could “vacation without aggravation.”

Don Shirley, then, did really go on a road trip with Tony Lip in 1962.

The True Stories Behind The Green Book

As is shown in the film The Green Book, Shirley met Lip through his work as a New York City bouncer. The two did have to use the Green Book to find hotels where they’d be allowed to stay.

The trip, clearly, had a profound impact on Tony Lip. Before he met Shirley, Lip openly admits to holding some racist ideas. Traveling with Shirley, though, and seeing him barred from restrooms and restaurants in the very venues that had invited him to play deeply affected him.

In 1963, Lip was imprisoned after he punched a police officer for using a racial slur against Shirley.

Shirley struggled with more than his race, as the movie suggests. During the trip, the film alleges that Shirley was arrested for having relations with a white man.

Shirley’s sexual orientation, however, is not confirmed. Writer Nick Vallelonga acknowledges that “He never came out that he was gay.” Indeed, Shirley kept his personal life just that — personal and private.

Vallelonga reasons that Shirley’s hesitation might have been over that scene. For certain, however, Tony Lip’s experience with Don Shirley changed his life.

Lip and Shirley remained friends until their deaths within five months of each other in 2013.

The Green Book is a true story, in a sense; but as the Shirley family has suggested, it may well have been more Tony Lip’s view of things than Shirley’s.

After this look at Don Shirley and the true story behind The Green Book, learn more about the Jim Crow-era that Don Shirley lived through. Then, check out “Blind” Tom Wiggins, the African-American slave who was a piano prodigy.