In 2013, Trump filed another $5 million suit against late-night comedian Bill Maher for a joke Maher told about Donald Trump possibly being the son of an orange-haired orangutan. The suit was dropped after two months. 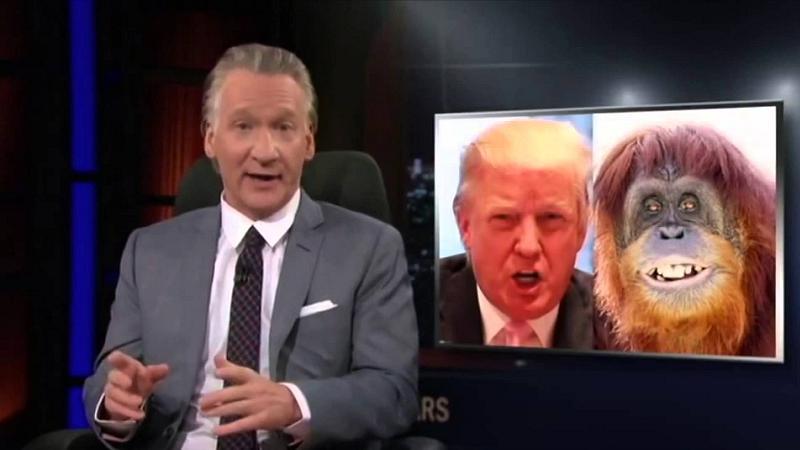 Maher doesn’t owe any damages, but he should consider paying a finder’s fee for all the jokes he got out of this. Image Source: YouTube

This litigiousness isn’t limited to people who write books and tell jokes for a living; Trump is not above using the legal system to bully legitimate, business-based criticism of his terrible investments, either. In 1990, a financial analyst published his professional opinion that the Trump Taj Mahal deal would initially turn over record-setting revenues, but go into receivership by the end of the year.

Trump went bananas and threatened to sue if the firm responsible didn’t either retract the assessment or fire the analyst. In the event, the analyst stuck to his guns, got fired, and (successfully) sued Trump for defamation after the Taj Mahal went into Chapter 11 in November 1990. The case was settled out of court for an undisclosed sum.

In 2008, Trump sued the California town of Rancho Palos Verdes, claiming that his civil rights had been violated, because the city refused to let him build a luxury development in a known landslide zone. Trump, showing his trademark sobriety and decency, sued Rancho Palos Verdes for $100 million, which was approximately five times the city’s total operating budget. After years of fruitless legal wrangling, Trump settled for a permanent environmental-impact deferment for property he already owned. . . in a place prone to landslides. 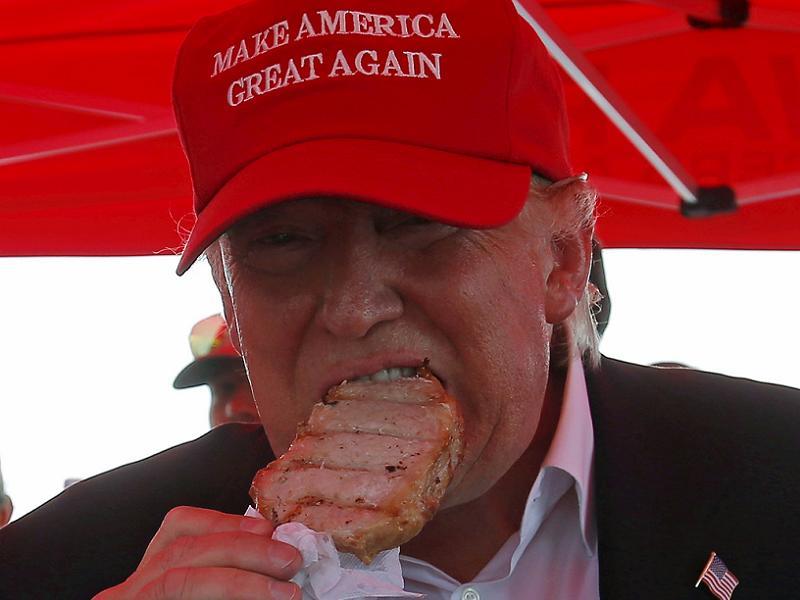 This all points to something fundamental about Trump’s character: he’s a lousy businessman. Over and over during his career, Trump has taken on real estate that looked (to him alone) like a good investment, only to run it into the ground almost immediately. The Taj Mahal fiasco was just the first of Trump’s five bankruptcy actions. Each time, Trump’s company, whichever one he’s using as a shell for crap investments, has gone under and taken outside investors with it.

The standard pattern Trump has fallen into, beginning with the Taj Mahal and continuing to his 2009 bankruptcy for the struggling Trump Entertainment Resorts (which went under again in 2014), has been to fail upwards with staggering audacity. Basically, Trump’s business model is a kind of legal fraud, in which he takes out huge loans to buy overhyped properties, then declares bankruptcy and forces his investors to claw back partial ownership in exchange for debt forgiveness and favorable repayment terms.

Speaking on the subject of his venal business practices, Trump is on record saying: “I’ve used the laws of this country to pare debt. … We’ll have the company. We’ll throw it into a chapter. We’ll negotiate with the banks. We’ll make a fantastic deal.” Most normal people would consider this dishonest, but Trump insists that lots of rich people do it, so it’s totally okay.