Designed by August Saint-Gaudens, the 1933 golden double eagle coin was worth $20 when it was minted. But now it's sold for $18.9 million, making it the most valuable coin in the world. 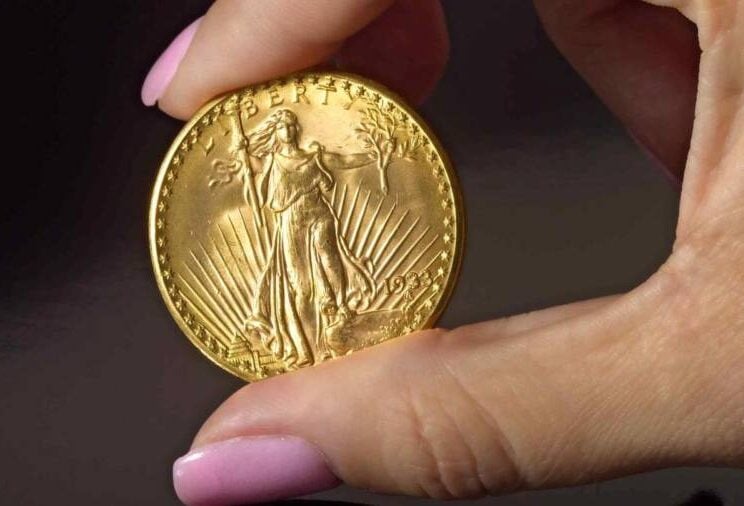 Sotheby’sHolding up the most valuable coin the world.

When it comes to spare change, nothing can beat the “double eagle” coin. This rare 1933 coin is one of the last gold coins ever minted in the United States — and it just sold for a record-smashing $18.9 million dollars.

The coin was sold alongside two rare stamps by Stuart Weitzman, a luxury shoe designer, at a Sotheby’s auction in New York City. Together, the three items went for more than $30 million.

“Today’s sale marked a historic moment in the history of stamp and coin collecting – and one that I think will not be surpassed for a long time, if ever,” said Richard Austin, Sotheby’s global head of books and manuscripts.

The Most Expensive Coin In The World

Although the rare stamps excited collectors, nothing outshone the double eagle coin at the June 8 auction. At face value, the gold coin is worth just $20. But that same coin last sold in 2002 for roughly $8 million and has been coveted by collectors for almost 100 years.

And there’s a good reason for that. The coin is renowned as one of the most perfectly designed of all time. It’s also likely the only coin of its kind — and any that do exist aren’t legally allowed to be owned.

And, the 1933 double eagle has a fascinating and mysterious history that makes it the most valuable coin in the world.

The Double Eagle Coin Has A Tangled History 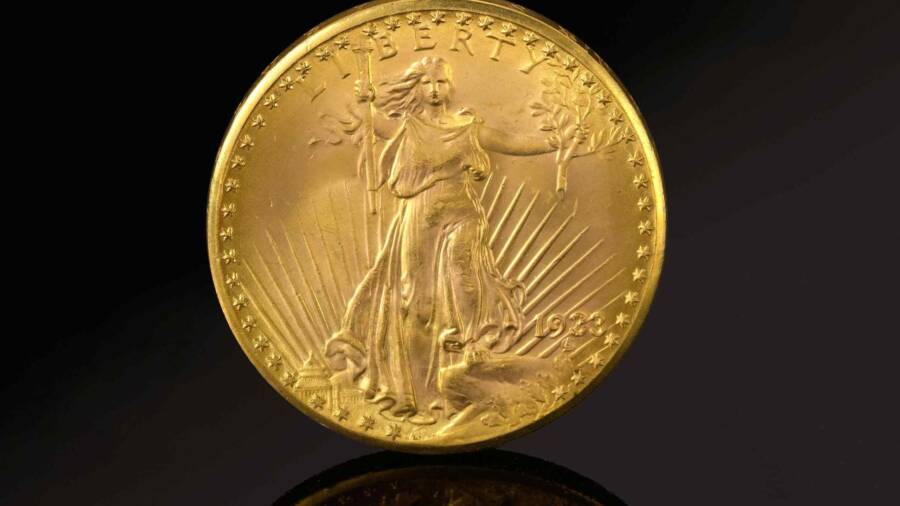 The idea for the coin first emerged in the early 20th century, when it was commissioned by President Theodore Roosevelt. He enlisted prominent sculptor Augustus Saint-Gaudens to take on the project.

Saint-Gaudens was both thrilled and terrified by Roosevelt’s request. “I have long wished to do what little I could to improve the shameful condition of our money,” he wrote in 1905. “But now that I have the opportunity I approach it with fear and trembling.”

Nevertheless, Saint-Gaudens got to work. His design portrayed Lady Liberty on one side and an eagle on the other. Lady Liberty was based on an African-American model named Harriette Eugenia Anderson. 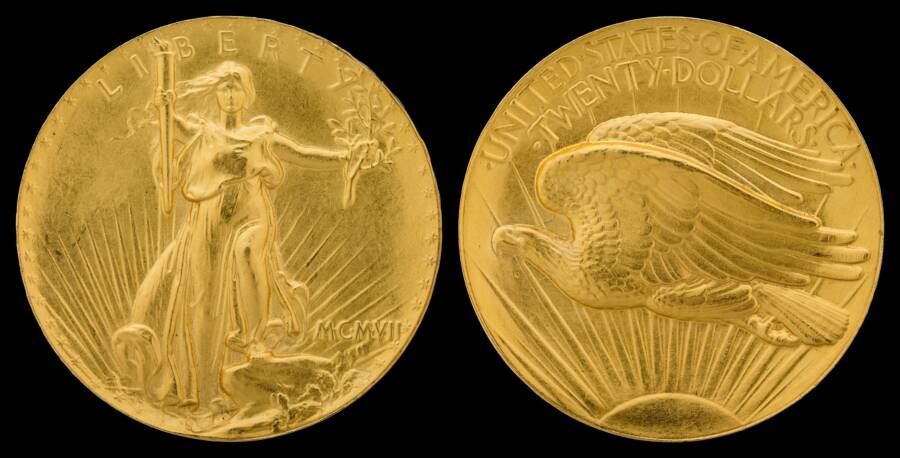 National Numismatic Collection, National Museum of American History.The coin has Lady Liberty on one side, and an eagle on the other.

But in 1933, President Franklin Delano Roosevelt decided to take the country off the gold standard. Although 445,000 double eagle coins of 1933 had been minted, the U.S. Mint director ordered their destruction.

Most were melted down. However, 20 coins mysteriously disappeared from the U.S. Mint.

As the Double Eagle reappeared over the years — 10 were found in a Philadelphia jeweler’s safe deposit box — the government fought hard to get them back. They succeeded in recouping most of the stolen double eagle coin — with one significant exception.

Through an obscure loophole, one of the 20 or so remaining coins made it into the hands of Egypt’s King Farouk in 1944. It later made a convoluted and mysterious journey around the globe until it landed in an anonymous buyer’s hand for around $8 million in 2002.

That buyer was later revealed to Weitzman. The most recent buyer paid more than twice that, making the 1933 double eagle coin the most valuable coin in the world. 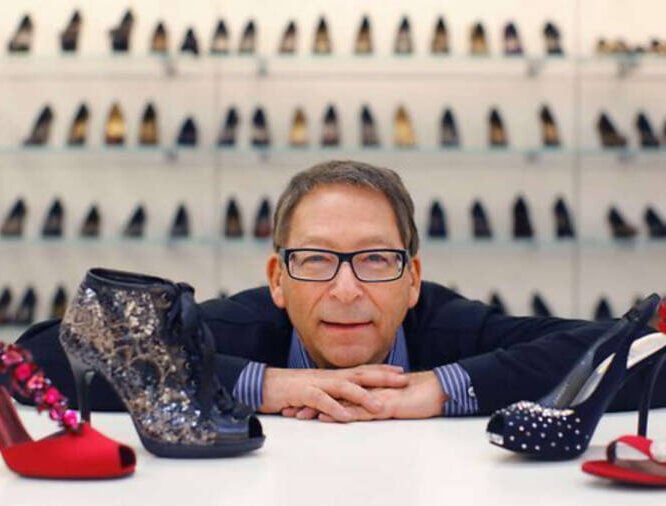 But although the 1933 double eagle coin stole the show at Sotheby’s, it stood alongside two other treasures offered by Weitzman. One was an “inverted Jenny” stamp, which pictures an airplane upside-down. This misprint, coveted by stamp collectors, sold for $4.9 million.

Weitzman’s other offering, a rare stamp called The One-Cent Magenta stamp, went for an astounding $8.3 million. The 165-year-old stamp — sometimes called the “Mona Lisa” of stamps — was printed in British Guiana (now Guyana) and is considered to be one-of-a-kind.

Weitzman was happy to part with the three items, saying that it had “been an honor to be a custodian of these three legendary treasures.”

Austin noted that Weitzman had “had fun collecting them, he wanted to have fun selling them — and he certainly has.”

The luxury shoe designer became a collector as a boy. “I started coin collecting to pass the time in a full leg cast at the age of 12,” he explained in a press statement. “[I] later became interested in stamps when my older brother left behind the stamp book he’d started when he went to college.

“The passion for collecting took root immediately, and today truly marked the culmination of a life’s work.”

After reading about the double eagle coin, the most valuable coin in the world, see how this typewriter found at a flea market turned out to be a Nazi enigma machine. Or, learn about the Jack the Ripper postcards that were sold at auction in 2017.