For 30-40 seconds, Michael Packard struggled to escape the whale's mouth and wondered if he would be swallowed whole. 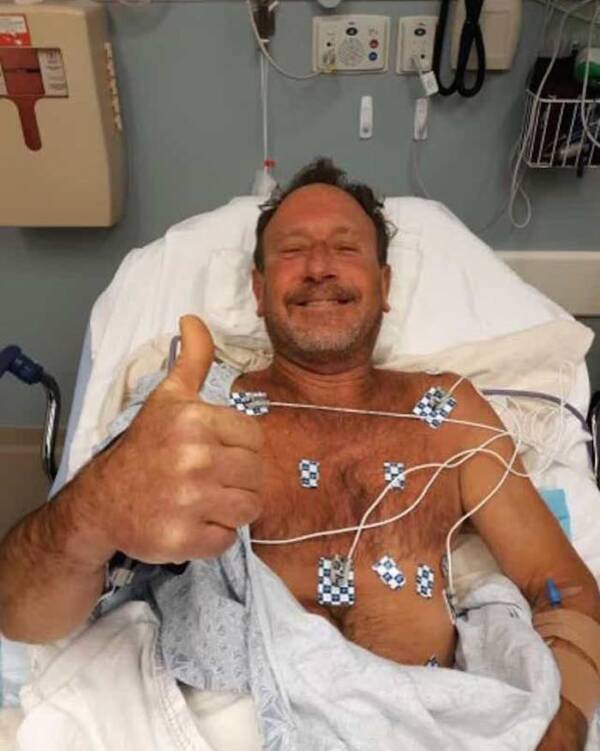 Packard Family PhotoMichael Packard from his hospital bed on June 11, 2021.

In this story, a man was swallowed by a whale. And no — it didn’t take place in the pages of the Old Testament to a man named Jonah. It happened to a lobster diver named Michael Packard off the coast of Provincetown, Massachusetts.

Packard had set off early in the morning on Friday, June 11 to dive for lobsters with his fishing partner, Josiah Mayo. After a disappointing first haul, Packard dove under the water to try again just before 8 a.m.

But as he scoured the sandy bottom of Herring Beach Cove, something suddenly struck him from behind.

“All of a sudden, I felt this huge shove and the next thing I knew it was completely black,” Packard later recalled. 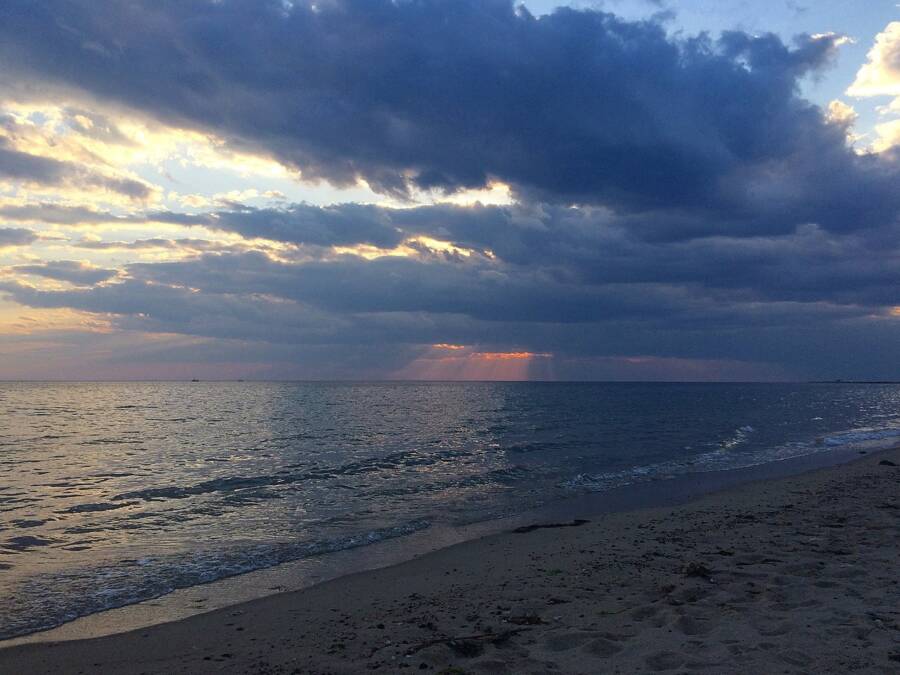 Wikimedia CommonsA sunset at Herring Beach Cove, where Packard was diving when he was swallowed.

From the surface, Mayo watched as Packard’s air bubbles suddenly vanished. But he couldn’t have possibly guessed what had happened to his partner below the waves.

A humpback whale had accidentally swallowed Packard in one huge gulp.

“Everything went dark,” Packard said. “I was like, ‘Oh, my God, did I just get bit by a shark?’ Then I felt around and I realized there was no teeth and I had felt, really, no great pain.

For a terrifying stretch of 30-40 seconds, Packard struggled in the darkness. Questions raced through his head. He still had his breathing apparatus on — would he be stuck in the whale’s mouth until he ran out of air? What would happen to his wife and teenage children?

“I thought to myself, ‘OK, this is it… I’m going to die,’ And I thought about my kids and my wife. There was no getting out of there.” Packard said, recalling that he could feel the whale squeezing the muscles of its mouth.

But then the whale started to shake its head. Packard felt himself zoom toward the surface. And, like that, he was free. 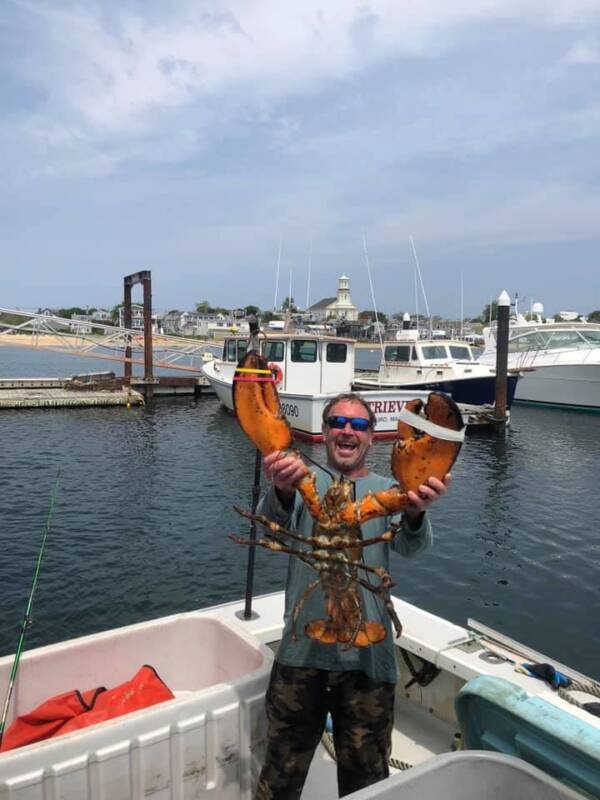 Michael Packard/FacebookMichael Packard has also survived a plane crash that left him stranded in the Costa Rican jungle for days, encounters with great white sharks, and nearly getting lost on the open ocean.

From their ship, Mayo saw a burst of white water. Then he spotted Packard — soaring through the air. A charter boat captain named Joe Francis saw the same thing.

Although Mayo worried that his fishing partner had suffered broken bones or an embolism — which can happen when a diver surfaces too quickly — Packard miraculously survived with few injuries.

That’s in part because whales aren’t generally aggressive toward humans. The whale who swallowed Packard likely did so by accident while trying to feed. 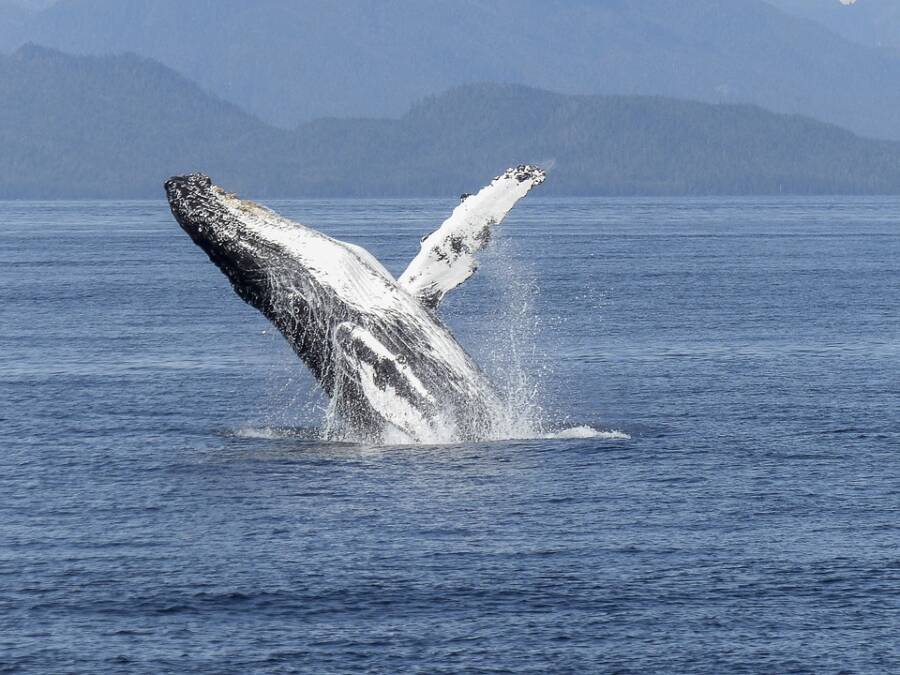 “They do what we call gulp feeding, and they can open their mouths up incredibly widely.” explained Peter Corkeron, a senior scientist at the New England Aquarium.

According to Jooke Robbins, the director of Humpback Whale Studies at the Center for Coastal Studies in Provincetown, when a humpback whale opens its mouth to eat, its mouth expands like a parachute.

“When they do that, they don’t necessarily see everything,” she said.

Thus, a whale can swallow something by mistake — like a lobster diver. But experts say that what happened to Packard is extremely, extremely rare.

“It’s a very unusual accident,” said Corkeron. “This is a one in a — goodness knows what — trillion chance. He was just unlucky enough to be in the wrong place at the wrong time.”

As for Packard, he’s not hanging up his diving gear anytime soon. In addition to his encounter with the whale, Packard has survived a plane crash, confrontations with great white sharks, and almost getting lost at sea.

In other words, he’s not too shaken by nearly getting swallowed. Packard says he’ll get back to diving as soon as he’s fully healed.

“It looks like being the tough son of a gun he is, he’s ready to be back at it as soon as he can be,” Mayo said. “I think we’ll probably be diving in a week, which is pretty remarkable.”

After reading about the man swallowed by a whale, learn about this unlucky fisherman who was killed after rescuing a whale. Or, discover the sad story of Lulu the killer whale, one of the most contaminated animals on the planet.