“They gave each other a big kiss and passed away confidently holding hands. According to their own wish." 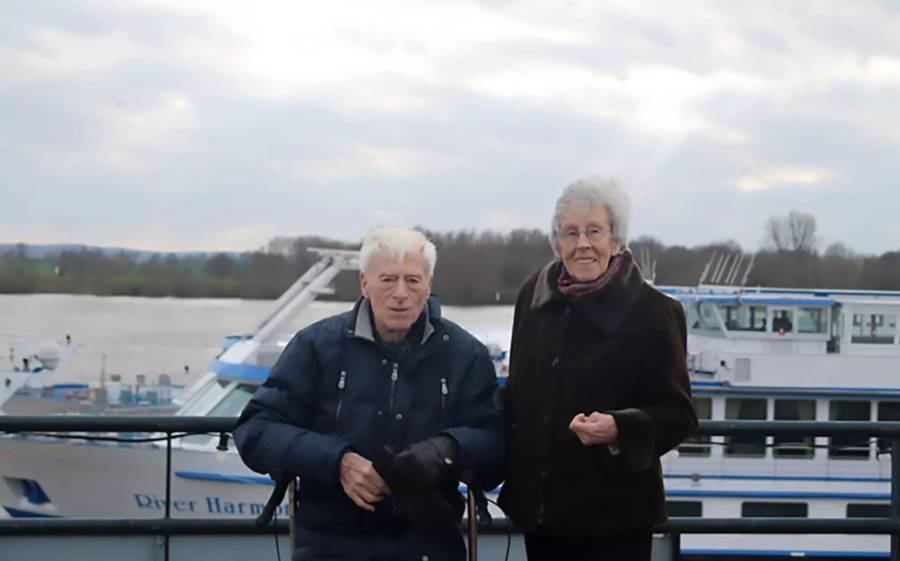 Nic and Trees Elderhorst had been married for 65 years before they decided to die together.

The couple, both 91 and living in the town of Didam in the Netherlands, had been struggling with declining health in recent years, and their family told the media they had always wanted to leave this life together.

“The geriatrician determined that our mother was still mentally competent,” one of the couple’s daughters told The Gelderlander, according to The Telegraph. “However, if our father were to die, she could become completely disoriented, ending up in a nursing home, something which she desperately did not want. Dying together was their deepest wish.”

In 2002, the Netherlands became the first country in the world to legalize doctor-assisted suicide — either through euthanasia (a fatal injection) or prescription for a lethal dose of drugs.

The person who wishes to die need not have a fatal disease in order to obtain a doctor’s help in killing themselves, but there are some restrictions on when doctors can legally take part in other people’s deaths.

The person in question has to be “suffering unbearably” with no hope of relief. In this case, it appears a broken heart fit the bill.

Since the practice became legalized, rates of euthanasia have skyrocketed in the progressive country.

A recent report found that 4.5 percent of all deaths in the Netherlands now involve euthanasia.

Even so, it’s still a controversial issue.

“Before you know it, the children of elderly parents attend and celebrate their joint euthanasia killings–instead of urging them to remain alive and assuring them that they will be loved and cared for, come what may,” Wesley J. Smith, a vocal critic of assisted suicide, wrote in The National Review in response to this case. “Euthanasia corrupts everything it touches, including the perceptions of children’s obligations to aging parents and society’s duties toward their elderly members.”

A representative from the Dutch Association of Voluntary Life said that incidents like the Elderhorsts aren’t common.

“It’s factually a coincidence when both people meet the demands for euthanasia at the same time,” Dick Bosscher, a spokesperson for the association, said. “Dual requests are therefore rarely granted.”

In this case, Mr. Elderhorst’s mobility had significantly declined following a 2012 stroke, and Mrs. Elderhort’s memory was fading.

Their family was present for their sendoff and apparently feels confident in their choice.

“They gave each other a big kiss and passed away confidently holding hands. According to their own wish,” another daughter told the paper.

In the U.S., laws allowing assisted suicide are more limited.

Oregon became the first state to allow physician-assisted suicide for patients with only six months to live in 1997, a law which has now been adopted in five other states and the District of Columbia.

In 2014, 29-year-old Brittany Maynard reignited the debate in the U.S. after speaking out about her decision to “die with dignity” before her brain cancer killed her:

Trends like the one being seen in the Netherlands call for a larger conversation on how these kinds of deaths need to be addressed, according to U.S. National Institutes of Health bioethicist Scott Kim.

“These are old people who may have health problems, but none of them are life-threatening,” Kim told the AP. “They’re old, they can’t get around, their friends are dead and their children don’t visit anymore. This kind of trend cries out for a discussion. Do we think their lives are still worthwhile?”

Next, read about a new study that found that loneliness is more deadly than obesity.