"Don't Be A Sucker," a U.S. War Department propaganda film from 1943, has gone viral after the weekend's violent white supremacy rally. 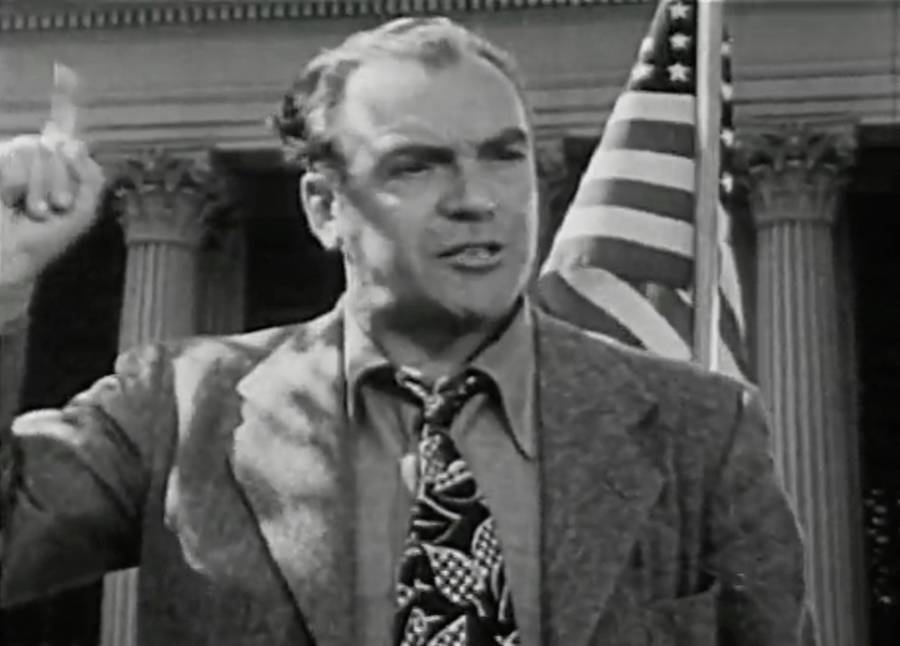 The U.S. War Department made the short film “Don’t Be a Sucker” in 1943 to teach Americans about the dangers of fanaticism and hatred. 75 years later, the anti-Nazi film is scarily relevant once again.

After a clip from the movie was tweeted in response to the white nationalist rally in Charlottesville, Virginia over the weekend, it’s spread around the internet — being viewed by hundreds of thousands of people whom its creators likely never imagined would need its message.

At first, Mike thinks the guy has a point. That is, until the man adds freemasons to his list of disagreeables.

An elderly Hungarian man next to Mike proceeds to explain to Mike (who’s clearly not too bright) why the guy on the soapbox is dangerous for everyone.

“I have seen what this kind of talk can do,” the wise Hungarian stranger says, adding that he used to be a professor in Berlin. “But I was a fool then. I thought Nazis were crazy people, stupid fanatics, but unfortunately were not so.”

“You see, they knew they were not strong enough to conquer a unified country” he goes on. “So they split Germany into smaller groups. They used prejudice as a practical weapon to cripple the nation.”

Racists slowly taking over by creating heightened polarization based on lies and nationalistic fear mongering? This sounds familiar.

The 17-minute film then goes on to give a history of the Nazi movement in Germany, showing police forcibly removing a Jewish shop owner and a college professor being arrested for telling his students that there’s no such thing as a “master race.”

In 1947, the DoD made a helpful film about how not to fall in with stupid nazis. Please enjoy in full: https://t.co/kRPUQDosMQ

This is an interesting message for a government film since, at the time of its release, the U.S. was still enforcing school and military segregation, Japanese internment, and a host of other racist policies.

But Atlantic writer Robinson Meyer points out that — despite these discriminatory practices — the country was beginning to realize that our country would be stronger with people working together.

“Building a diverse commonwealth has never been just an idealistic aspiration or moral avocation,” Meyer wrote. “It has been a requirement of the republic’s survival — the sole remedy to the cancer of white supremacy.”

Since three people died over the weekend and our president took three days to explicitly condemn the hate groups directly responsible, the fight against racist rhetoric is just as important now as it was in 1943.